Dear friends, I do not wish to spoil the new Final Fantasy XIV: Endwalker expansion, but it is definitely impossible to do so. If you do not wish to be spoiled, please do not read. If you still do, please keep in mind that I will at least try not to spoil the major content and battles.

First of all, I’d like to say that it’s been over a week since I’ve been trying to think about how I might bring my review of the game expansion.

Some Background on Final Fantasy XIV

Those who are unfamiliar with the universe of Final Fantasy XIV, know one thing: the very first iteration of the game was disastrous. Originally launching on PC in 2010 after five long years of work, the game was highly criticized for a large number of bugs, the lack of content and the  HUD.

In response to this, on December 10, 2010, Yoichi Wada announced changes in the development team and the start of a long process of rebuilding the game. Naoki Yoshida is appointed to take over the reins of the project in place of Nobuaki Komoto. 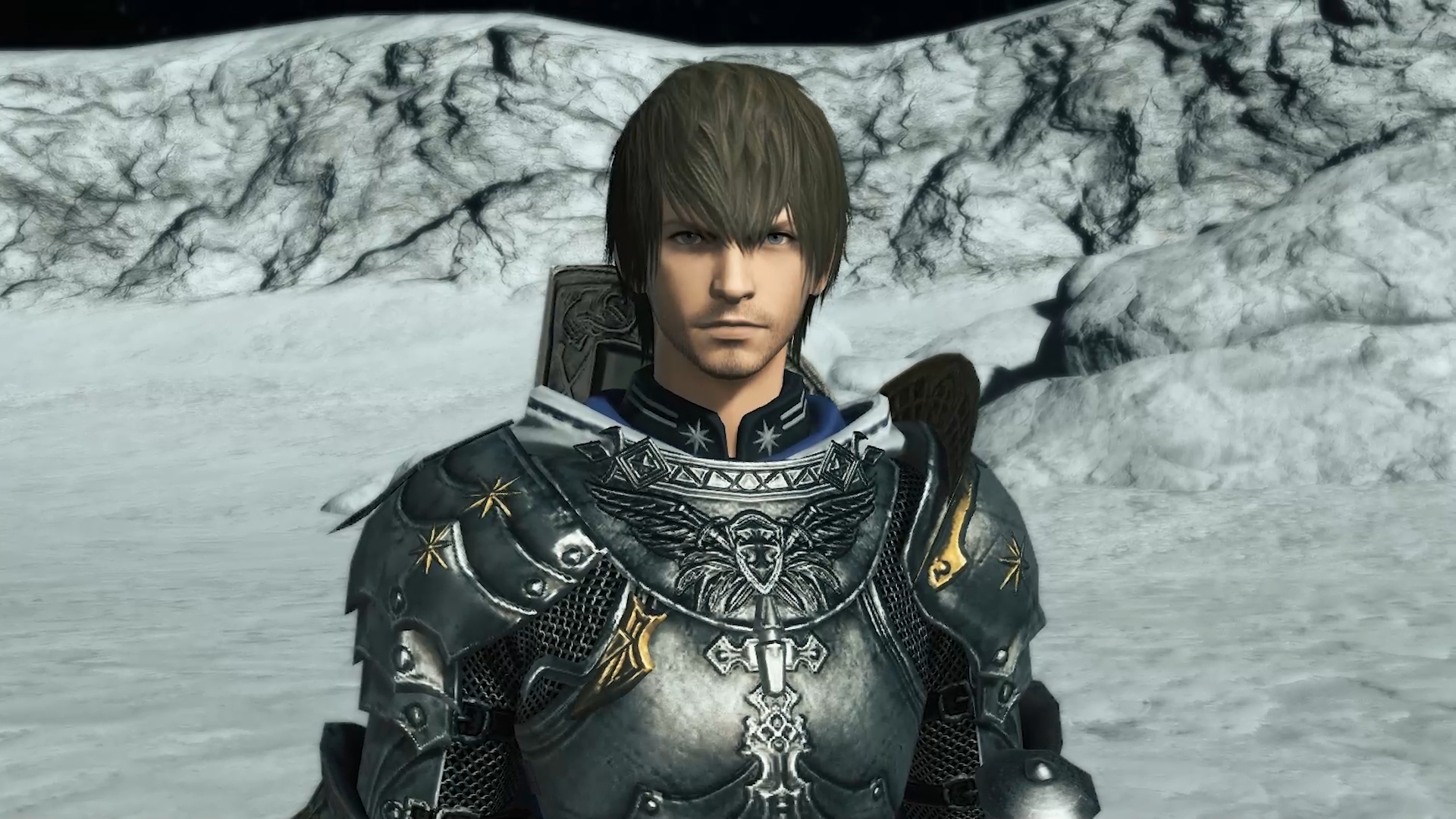 The new team will take care of generating content and fixes thanks to numerous patches. But the problems being too numerous, the team decides to release a new version of the game. On October 14, 2011, Naoki Yoshida presented the plans of the new Final Fantasy XIV called Final Fantasy XIV: A Realm Reborn, with an interface and a system of game redesigned as well as a new story still part of the same universe. This new version replaced the old version involving the closure of the latter’s servers. However, the closure of the old version was not only technically but also historically: the destruction of part of Eorzea by the primal Bahamut.

For whoever played version 1.0 of the game or watched the A Realm Reborn introduction cinematic where you see Dalamud crashing on Eorzea and Louisoix trying to protect everyone, that’s the “version 1.0 great finale”. After this cutscene, the servers went down until August 27th, 2013 when the brand new Final Fantasy XIV: A Realm Reborn came back to life and brought new heroes in Eorzea seven years after the destruction of Eorzea, also known as the Seventh Plague.

Ever since A Realm Reborn was released, four new expansions were added: Heavensward, Stormblood, Shadowbringers and Endwalker.

Let’s face it, Square Enix’s work on Final Fantasy XIV is amazing and Endwalker is definitely the best expansion. The story added to the game’s content will definitely be carved in my memories for years to come. You know… for an MMO, the biggest thing to pay attention to is the core which is mostly based on the story, the battles and the whole gameplay design. Square Enix knows what pulls players in and eve gave its 23 million players an awesome add-on to an already huge game.

One part of the game’s success is that it does not make major deviations from its core story. It brings the world answers to the involvements of the Ascians, Zodiark, Hydaelyn and about the Apocalypse that destroyed Amaurot many thousands of years ago. And, again, I’m not exaggerating by saying that Endwalker’s story is stronger than Shadowbringers and maybe even the best story I’ve ever played in an MMO. Of course, the story is not perfect and there are a few elements that are worth discussing, especially the parts where you have to tag along with NPC friends to run or walk from point A to point B and talk with them or with other NPCs every now and then on your way to fulfilling your quest. 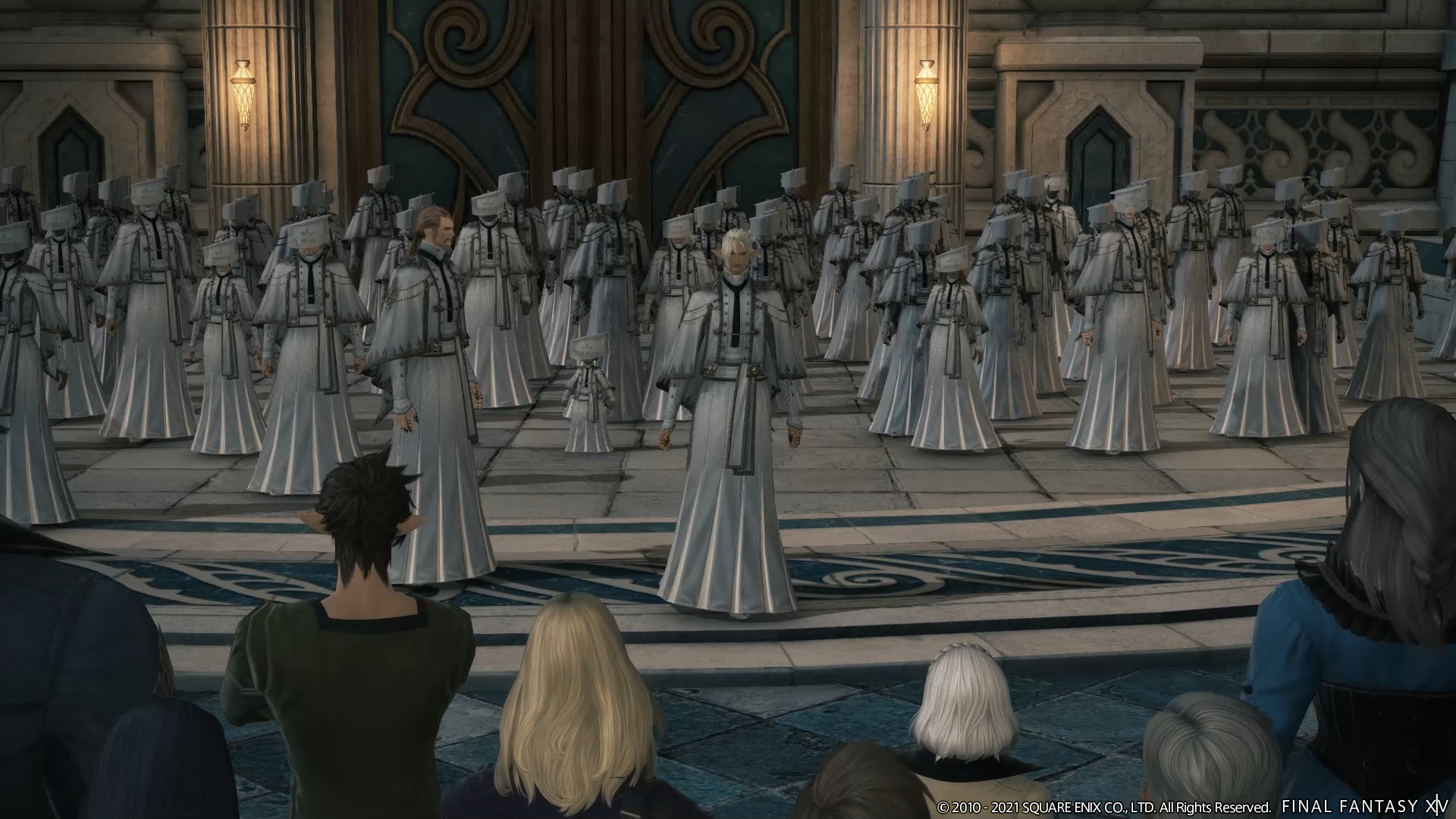 Where I was getting hyped at first and quite skeptical was when we received information about the new expansion: Anima and the Magus Sisters were announced as well as four new zones. Everyone playing Final Fantasy XIV knows that there are usually six zones in every expansion so… where are the two other zones? And what about Zodiark and Hydaelyn since we finally know that they are both primals? What about the Trials? All these questions were left unanswered!

Finally, the game expansion launched and I was able to play the game before anyone else because I preordered Endwalker. Even though there are huge amounts of hiccups including the fact that we’re almost unable to play the game because of logging queues on most servers that can take a few hours before you get in. I managed to find a way to allow myself to play whenever I’m ready: log into the game in the early morning when everyone is mostly sleeping on my server and moving my joystick every now and then so the game does not kick me out for being AFK.

New jobs were included in Endwalker: the Sage, a healing job class, and the Reaper, a melee damage dealer class. I started playing them but did not want to focus on them too much yet as my favourite class ever since Final Fantasy XI, Summoner, was getting a massive job change and I ended up completing the game as a Summoner, killing mobs and bosses with my Demi-Bahamut, Phoenix, Ifrit, Titan and Garuda summons.

Endwalker isn’t what you thought it would be

As mentioned at the beginning, I will “try” not to spoil too much… but let me at least shatter your expectations, friends! You know you’ll be heading to the moon to meet the Loporrits and, eventually, meet the sealed primal Zordiark. Of course, you might think that he will be the final boss since he is the “evil primal that the Ascians want to bring back to life” but, just between you and me, would Square Enix REALLY end the game’s expansion on a level 83 Trial?

Did I just hear your expectations breaking and shattering? 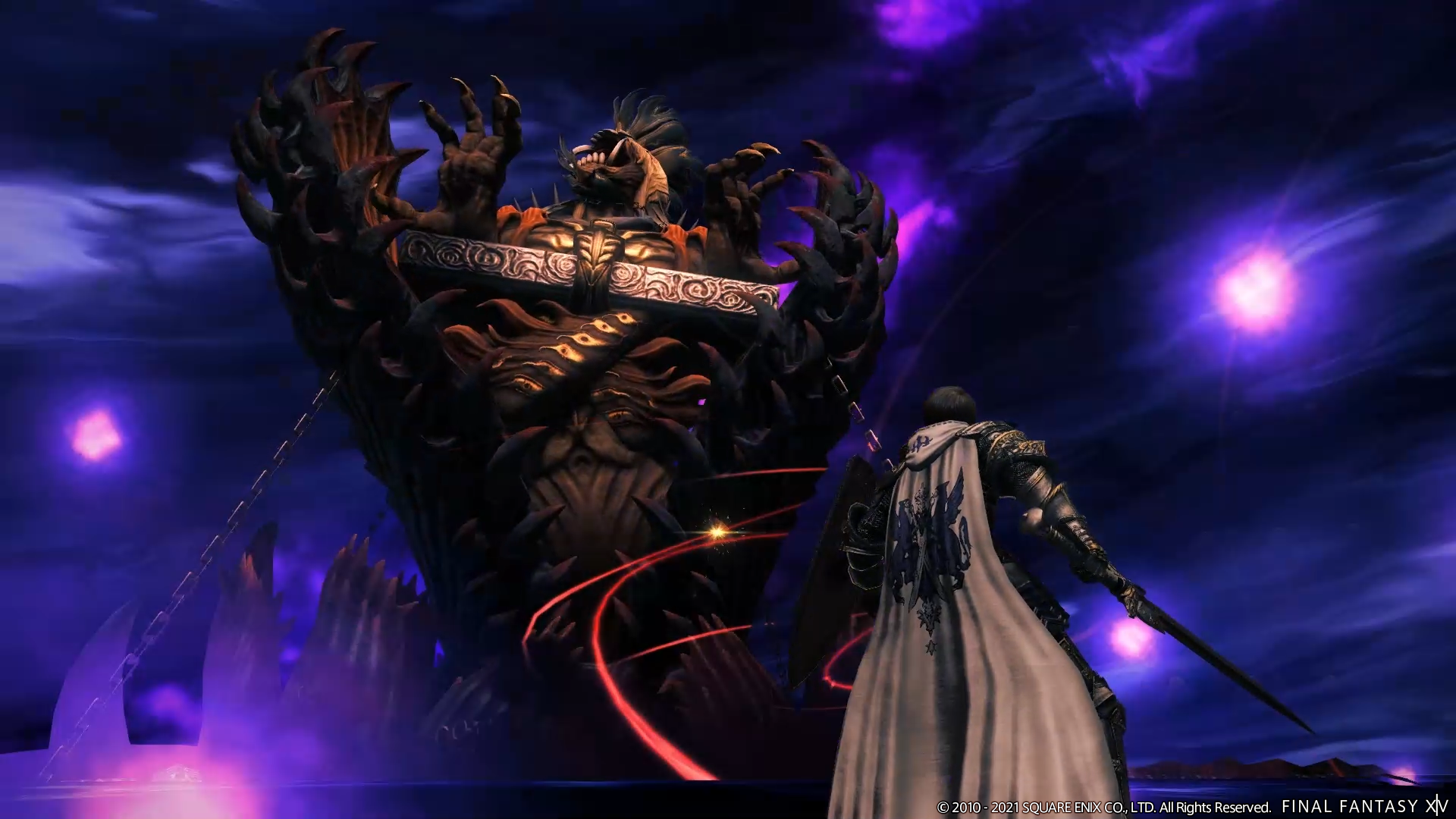 That’s the only thing I will say that will so you how hard Square Enix worked on this new expansion which contains three whole story arcs, each building on different space and time moments.

I don’t want to talk too much about what you will be facing in the game but be aware that you will have a lot of game time and if you loved playing Final Fantasy XIV so far or if you want to play an awesome story-driven MMORPG, the whole game is what you definitely need.

This is the last part of my review of the game and I have to make it clear because people are wondering what comes next for Final Fantasy XIV? There is one serious question to answer and if you do not wish to spoil the whole end game content, please stop reading HERE.

Definitely, the Finale is the single best storytelling moment I have experienced in the medium. Having to travel to the deepest part of the universe to find the evil Endsinger, the Dynamis-using entity that brings the Apocalypse to Aetheriys, on Shinryu’s back for an ultimate fight while all of your friends and of Eorzea prays for your safety and gives you strength shows how to unite all people are. Defeating the Endsinger and finally ending Zenos’ suffering by killing him as well shows definitely that there are no other sources of danger for anyone. Coming back on Aetheryis and having the Scions of the Seventh Dawn splitting once and for all is also a marking moment that shows that this might be the end of Final Fantasy XIV as we know it. 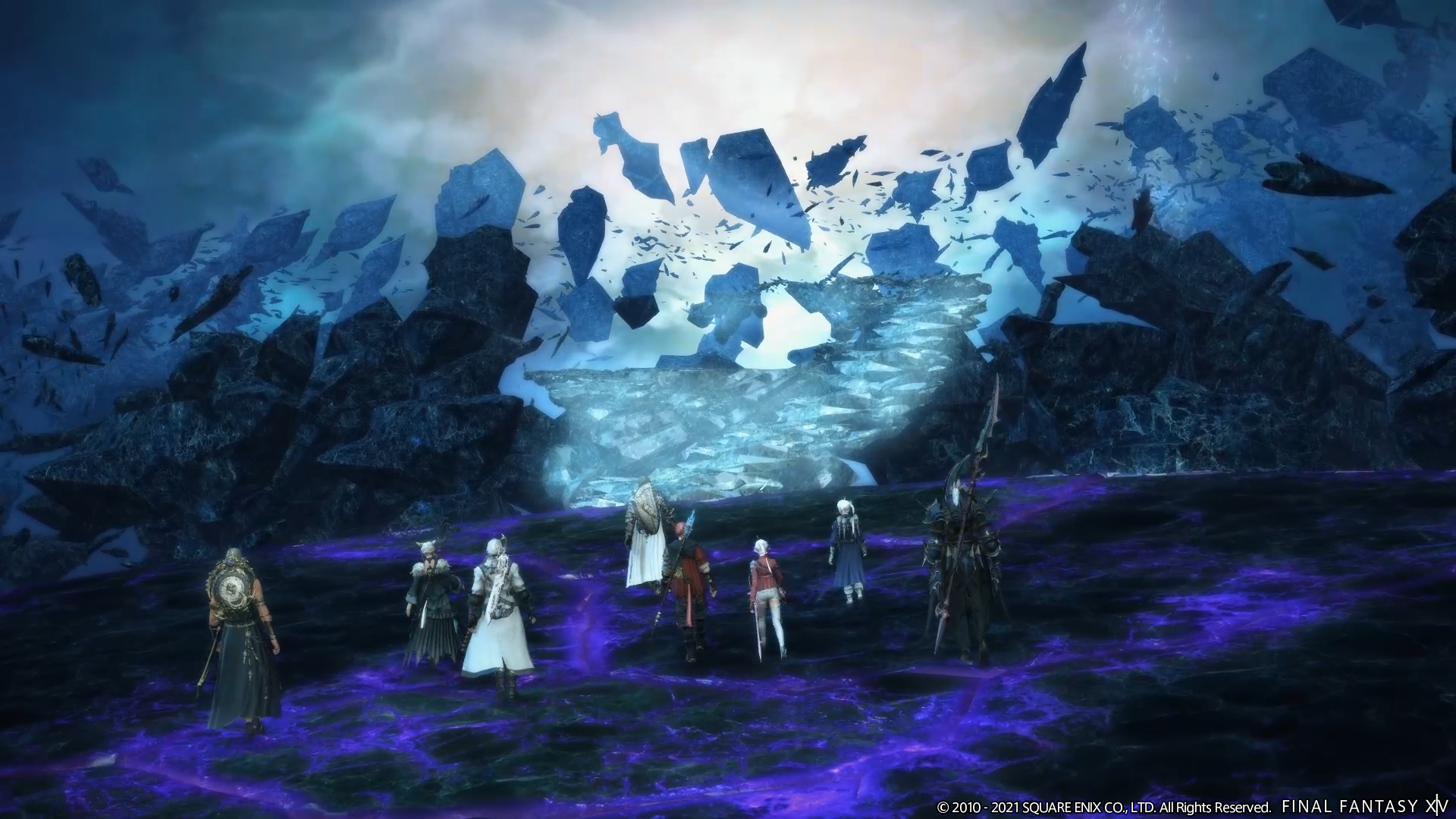 However… I still have Emet-Selch’s speech that echoes in my memories right now, asking us to fulfill Azem’s wishes and to travel around the world and go beyond Eorzea’s continent to find golden treasures and other countries and not to forget that there are other reflections besides of the First that we still did not travel to.

Not to mention that when you watch the ending credits, it reminds you that “our journey will never end”.

Final Fantasy XIV: Endwalker is has been a long time coming and it is the finishing touch to a decade of extremely hard work. Endwalker concludes one of the most exciting and compelling stories ever written. From its earliest moments as the game that couldn’t be saved to turning around and becoming the best multiplayer player out there, the journey was worth the wait.

You may consider that this is just an expansion and it is nothing revolutionary but it is. Square Enix’s work here needs to be praised for its stellar storytelling and top-notch quality. Even if you prefer single-player RPGs, checking out Final Fantasy XIV feels like it’s becoming necessary and worthwhile. Mainline games should take note, Endwalker is a winner.