Playing FEZ on a handheld feels somehow nostalgic, I remember playing the Polytron game many years ago on the PSVita – got all 12 trophies back in the day too – so I feel right at home on Switch. The platforming in FEZ feels as solid as I remember, whenever I try to make a jump I think I have no chance of making it like in other platformers well I end up making it. Distance in FEZ is a state of mind and the cognition of it can be altered to your benefit.

Not saying every jump is possible, for the platforms that are a huge distance away yeah you’re gonna miss it by a huge margin. That’s where FEZ‘s 2D world rotation gimmick comes into play, rotating the world gives you a whole new perspective to change the platforming game. A simple rotation can put platforms closer to where you are and make it a simple jump, the change of perspective in FEZ is the difference-maker.

Gomez has a superpowered FEZ

FEZ puts you into the shoes of Gomez, an ordinary two-dimensional character with no unique traits in a two-dimensional world. Everything changes at the start of the game when Gomez is told to go to the top of the village he resides in which where the village elder reveals a secret. The world he’s lived in all his life is actually a three-dimensional world after a shape slowly floats down above him. It is square-shaped but not in the 2D variety but 3D in the form of a mysterious golden cube, the hexahedron.

The cube gifts Gomez a small fez that floats down to him and perfectly fits on the corner of two-dimensional of his head. The titular FEZ is not a cosmetic item but gives Gomez the power to rotate the world to liking from four different perspectives. Now Gomez can explore every nook and cranny of his village and much more in a whole new way with the extra dimension. Everything was good until the hexahedron becomes unstable and explodes into tiny bits and pieces, which results in a ‘reboot’ of the game which I always got a laugh out of when I played FEZ last. It is up to Gomez to reassemble it by searching for 32 gold cubes and reassemble the hexahedron by going through different worlds. If he doesn’t, the dimension and everything in it will collapse. 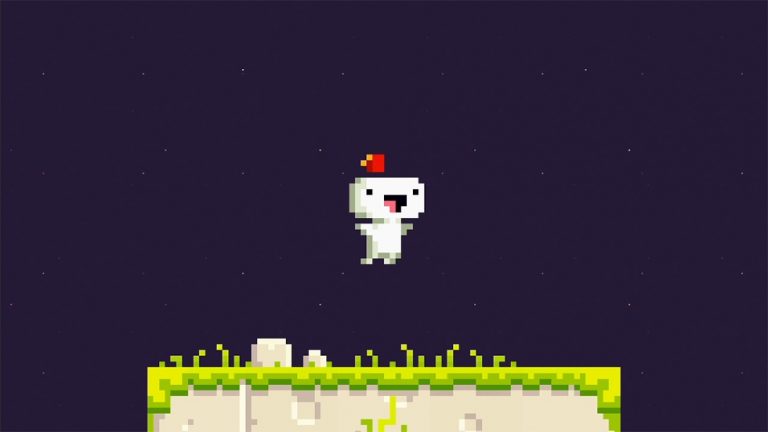 Play in 2D while thinking in 3D

In the grand scheme of things, FEZ is not a simple platformer. It’s one that makes you really use your noodle as you travel through the different world while jumping, climbing, figuring out the puzzles while smartly using world rotation ability to your advantage. Like I mentioned previously just because a platform is out of your reach from one perspective doesn’t mean it is from another. By rotating the world, you can position two platforms that are far away from each other and put them right next to each other for Gomez to easily jump to. The gimmick adds an extra level of complexity to the environment that really forces you to play a 2D platformer in 3D. I originally did not expect that kind of thought process when I first play Fez but I adored it after playing through the game then and still on Switch.

What I appreciate about FEZ is the background storytelling that you think is nonsense is actually smart game design. In the background is something in the form of another language in hieroglyphics that looks totally random but I realize is another language that gives the players solutions to riddles that you can find throughout the game. While finding the golden cubes is the goal, you can’t have the positive without the negative in the form of anti-cubes. Anti-cubes are only collectable by rotating the world and/or inputs in a certain sequence in one of the rooms you are in, afterward, an anti-cube will reveal itself. It’s one of those collectables I appreciate that guides exist. 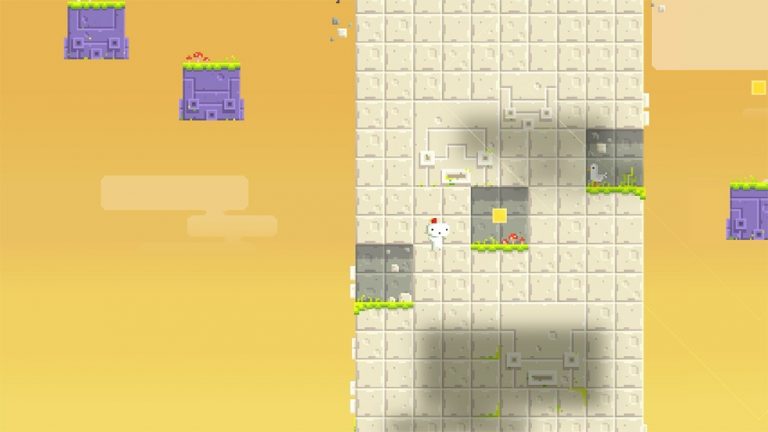 It’s all about platforming and puzzle-solving

Unlike other platformers, FEZ has absolutely no combat or boss battles in it. Gomez is not fighting any enemies in the game or really dying as when you fall or miss a jump, you are instantly put Gomez back to the previous platform you were on. FEZ is not about combat or death, the main focus of the game is exploration and puzzle-solving. It’s also about changing your perspective on the world literally and figuratively, there is probably an unwritten/unsaid message about changing your perspective from unproven facts to scientifically driven facts but I digress.

FEZ was originally released on Xbox 360 in April 2021, it would later release on PC on May 2013, PlayStation (PS3, PSVita and PS4) in March 2014 and iOS in December 2017. Last week as of writing would the 2012 puzzle-platform game was announced and released for the Nintendo Switch during last week’s Nintendo Indie World. The port was handled by Blitworks, a Spanish developer known mostly for handling ports who did such a great job handling the Switch version. It feels like the same game when I played it on PSVita but optimized for a much bigger screen with improved loading times and steady frame rate. During my time with the game, I ran into absolutely faced no issues. 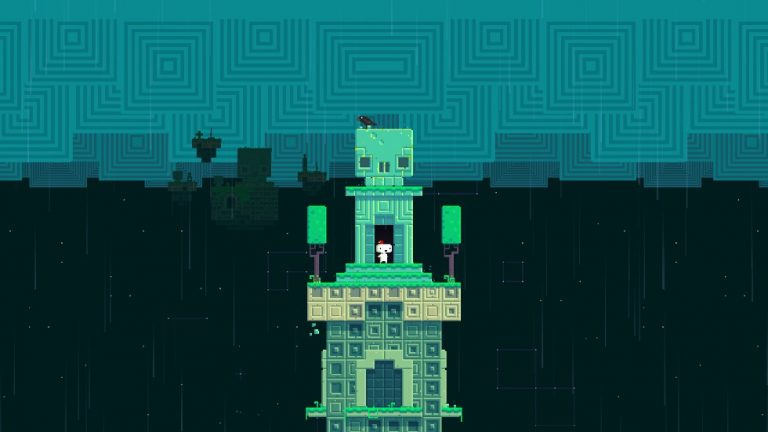 Visually, FEZ has an 8-bit era throwback aesthetic look to it, it’s very appealing to play in motion on the Switch’s 6.2-inch OLED screen. While that look is nostalgic it also feels quite modern with how the developers dealt with 3D animation in cutscenes but also in gameplay when rotating the world around. One thing I always appreciated was the day-night cycle of the game, it just looks beautiful to look at like I’m looking at a piece of art in a museum. At the basic level, FEZ plays very well control but the action of jumping does feel a little unbalanced by how much air time Gomez get’s while jumping. It’s not a complaint of the game, it just feels a bit alien compared to jumping in other platformers. To rotate the world in Fez is a simple click of the trigger buttons which always feel satisfying.

Overall FEZ is a smart enjoyable game that evolves into an amazing game the more time you put into it. The game’s world rotation game mechanic, fun platforming and challenging puzzles puts everything together in a smart unique package. It takes what everyone knows about 2D platformers and puts it on its head by making the player think in terms of 3D in a 2D environment that is an enjoyable experience.

FEZ is a modern classic that everyone who loves platformer and puzzles should at least play through once in their life. As one of the greatest platformers to come out in the modern gaming generation, it is one that I highly recommend on Nintendo Switch. If you do I think you’re gonna have a great time with it.