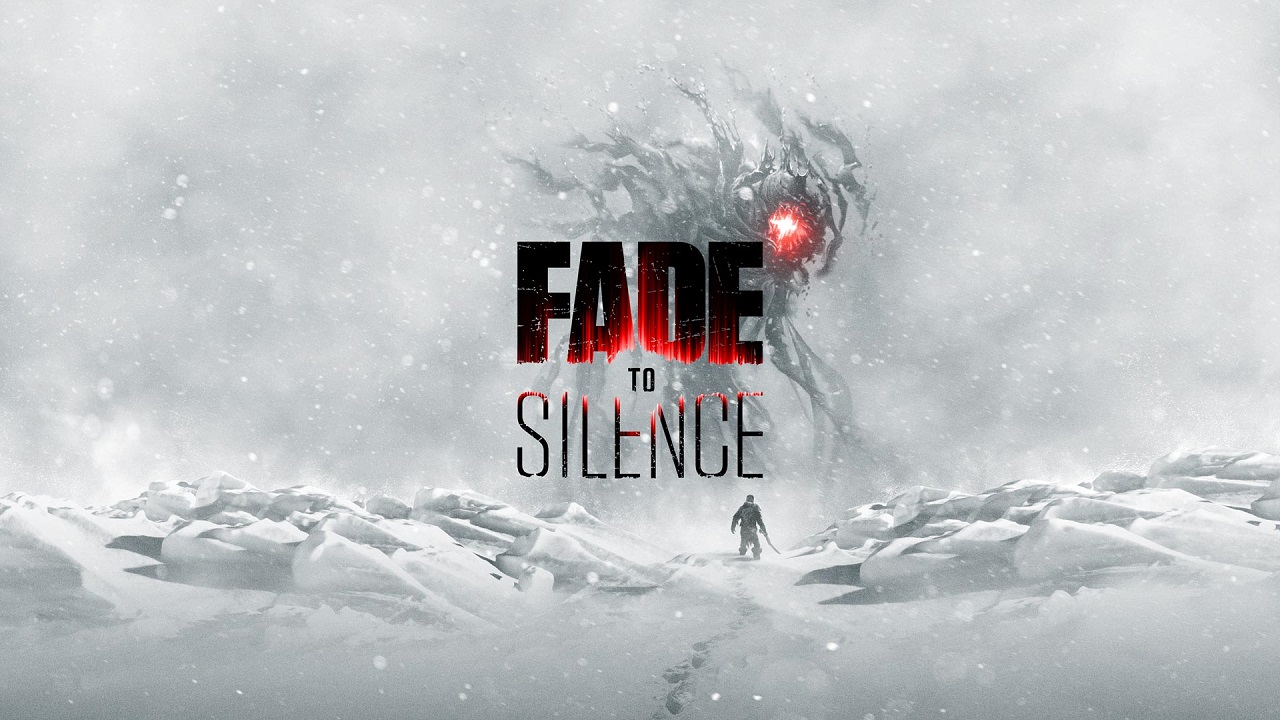 Survival games have definitely risen in popularity in the past few years, but they require a perfect balance of gameplay mechanics and a compelling story to keep players intrigued as the familiarize themselves with a world that wants to see them perish. Fade to Silence is the most recent addition to this lineup of survival titles and we will examine if its elements compose a noteworthy experience that will be heard through the silence.

Fade to Silence begins with Ash being risen from the dead by the Inner Voice, a ghostly demon that corrupts your mind as you explore the never-ending winter apocalypse that has befallen the world. The lack of any initial narrative results in fending for your survival as the frigid temperatures and your hunger are to be your biggest hurdles to overcome throughout the adventure. The story is slowly unraveled as you rest at a shelter to warm up from the cold. It is not a suitable way to tell the story as certain sequences literally only have five words to tell and you can play for several hours before you are presented with the next piece of the puzzle, only to forget what was mentioned to you previously. The world to explore looks large, but you will quickly uncover that moving to a new area will simply offer the same repetitive tasks of chopping down a tree, mining a deposit, and hunting a deer to claim these areas for your followers to gather resources. Each area has a stronghold, or outpost, to cleanse in order to remove the threats that lingers through the cold. Once cleared, these outposts turn into fast-travel waypoints that makes it easier to travel across large distances without having to utilize several resources along the way. These resources will be required for various crafting recipes for food, item upgrades, increased storage, and potions.

Your weapon selection is very limited and players will simply rely on a sword and bow to remove all threats. Melee combat lacks depth as you will dodge attacks from Spitters while firing your bow and timing your attacks against Rippers before they can deal any damage. You can either utilize a normal, or heavy, attack to dispatch enemies which depletes your stamina bar with every swing. Fighting Rippers resulted in the same lackluster experience as you simply use a heavy attack, followed by several steps back to replenish stamina, before following the same routine until they were defeated. Enemies lack variety and difficulty is only increased by unleashing several enemies against you at once. The most challenging and exciting mechanic within Fade to Silence is the dynamic weather conditions. You can set out on an adventure to explore a new area of the map only to be halted to a stop from a blizzard that reduces visibility, slows your movement, and forces you to escape the cold and find immediate shelter. Not knowing when these weather conditions would arrive created a sense of excitement as exploration was always a risky endeavor.

Players will quickly encounter a large circular collection of debris that hovers in the sky called the Eclipse. It will randomly be attracted to you and follow you around, launching cars and explosive vines onto the surface to help you reacquaint yourself with death. Here is the biggest issue and most disappointing aspect that I encountered with Fade to Silence. The ground will flash red indicating where debris will fall onto the ground, so you must always pay attention to your surroundings, especially when engaging in combat. However, all of my deaths were attributed to being struck by falling vehicles across various randomized events. Firstly, I was sitting and warming up by a fire inside an enclosed structure, but a car struck the top of the building and I was miraculously killed. Two other instances dealt with being struck and killed during a cutscene after having cleansed a nest. Dying during sequences like these are beyond frustrating and is a huge detractor from continuing Fade to Silence as you only have a specific amount of lives before starting over from scratch. This issue needs to be addressed immediately to ensure all players enjoy the experience that the development team hoped to create. You will locate various characters on your adventure, who can be recruited to join your camp to assist with building new structures, crafting, and gathering resources from the locations that have been claimed while exploring. Each character has their own story to share, which is nice to have some dialogue, but the writing and voice acting leaves much to be desired, as does the main storyline. However, characters can join and fight alongside you on your expeditions which evens out the battlefield later on as multiple enemies will be dispatched against at you at once. Players also require at least one follower in their camp to initiate a cooperative session.

You can utilize a sled to travel across large distances faster once constructing the appropriate structure and rescuing wolves, but the experience again is ruined by bugs that force your sled to go flying whenever you slightly bump into any object. It is possible that the developer, Black Forest Games, overstepped their ambitions as the crafting, building, and character management systems have some issues with them. You are awarded boon points throughout the experience that are utilized upon permanent death to help aid your next starting point with such perks of increased resources in the base, or increasing the amount of lives you have until the next complete restart. There are also various shards that can be uncovered throughout your travels to help give your character added bonuses such as increased health, stamina, sustenance, and warmth.

Fade to Silence has the potential to offer a great survival experience, but it currently does not. Its dynamic weather system is the best element, whereas the dull story, weak combat, and countless bugs holds back its success. It is unfortunate that I must advise players to wait until the majority of the issues are resolved before giving Fade to Silence a chance, otherwise you will be left out in the cold.