Despite having nearly 17 years to get it right, Evil Genius 2: World Domination fails to continue the successful legacy of its predecessor. Created by Rebellion Developments, Evil Genius 2 is a reimagining of the former cult classic that had players answering the question, what would you do as a Supervillain?

Evil Genius 2 borrows heavily from the original – in overall style, score, and even character design. It really is less of a sequel and more of a cover to cover remake like Final Fantasy VII. In the game, you are tasked with building a lair inside a mild-mannered island, recruiting minions to carry out your nefarious deeds, and (most excitedly) killing the forces of justice that attack your headquarters.

This means setting up a variety of pinballing traps and pools of death – in your increasingly narrowing hallways. It’s the real heart of the series. Yes, it’s about building more and more elaborate bases, researching new tools of destruction but all of that is in service to this video game version of mousetrap and fortunately, in Evil Genius 2, it works. You are able to seamlessly create that same pinballing effect stopping your enemies from reaching the insides of your base in increasingly interesting and complex ways.

Your secondary barrier to entry is the front operation, a casino in this case. While in the original game this feature was basically ornamental in Evil Genius 2 it works extremely well. With deception minions populating the halls and weakening your enemies so that when they finally slump into your trap-ridden hallways they are easy prey.

The game runs surprisingly well for such a throwback in tone and style to the original. There is a visual fidelity to the game that is reminiscent of the original but also brings a modern twist. It’s a delight to see those same hallways and death gleaming with 2021 shine. Although the art style is more “cartoony” than the original it’s a great analog for what made the first game great.

Unfortunately, that is where the experience goes off the rails. There are a few fundamental flaws that break the internal system of the game that are nearly impossible to overcome.

Not being able to easily destroy buildings and rooms

The excitement and addiction of a game like Evil Genius are trying to expand into a small space when new resources become present. The game wants you to do this but having to individually change each title with the tooltip is unbelievably exhausting and throttling. There’s no logical reason for it and it only adds more playtime when there shouldn’t be.

Not being able to control your minions

The simple addition of a time clock – to ensure that a certain number of minions are always in vital rooms would fix a majority of problems. It seems trite but it’s so essential to the basic structures of the game whether it’s research or perhaps the casino front and the world map. Not having a simple way to herding your hundreds of minions doesn’t help the experience but hinders it. 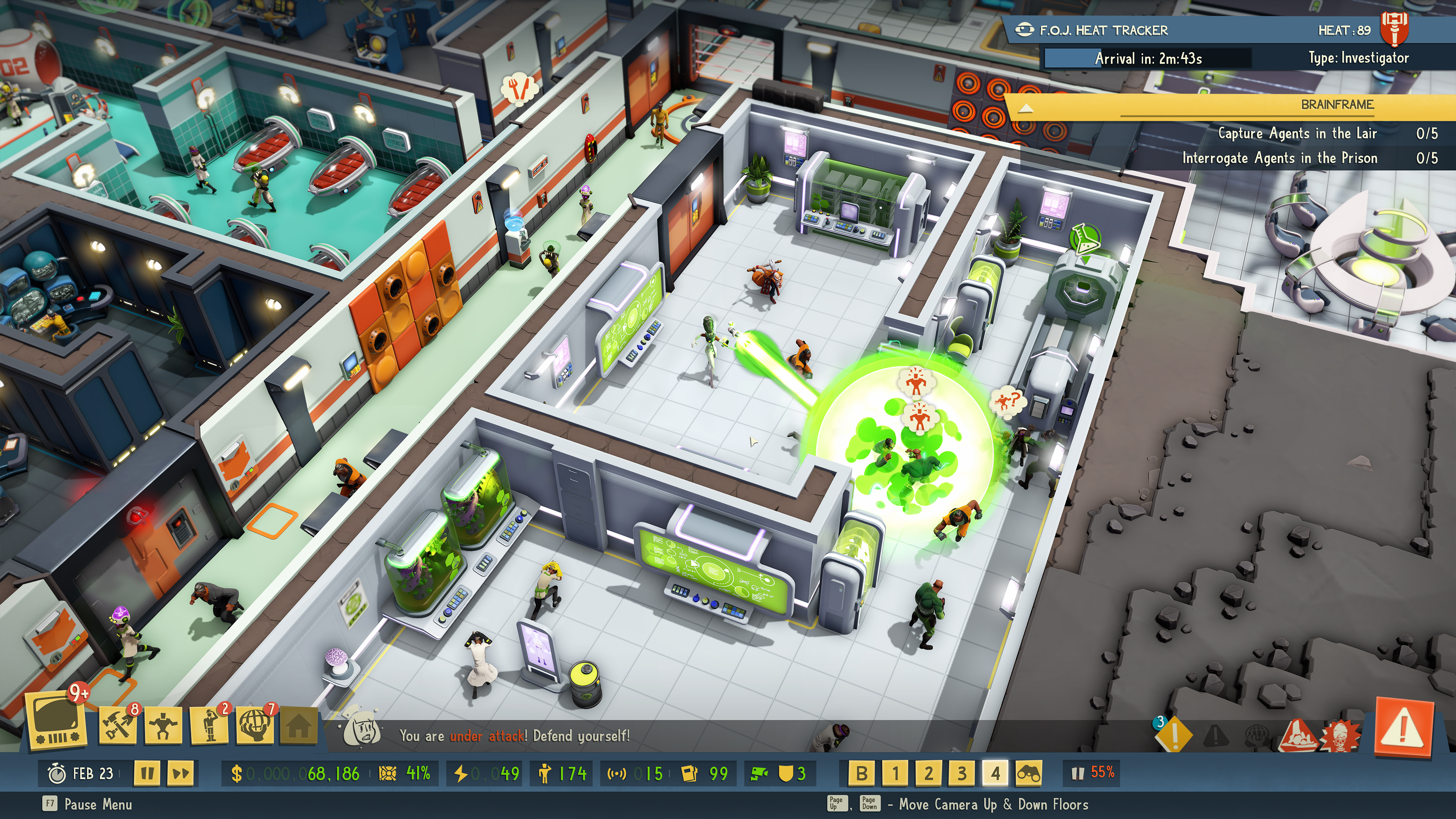 Most of the fun in Evil Genius 2 comes from eliminating the forces of Justice with your carefully timed traps and tricks – this usually leads to their death, in the first game you could easily deal with this by assigning minions to pick up dead bodies and store them in freezers. In Evil Genius 2 the dead bodies end up in the incinerator seem like a solution but unless you have 5-6 expense incinerator machines within a couple of feet of where a body bag is, the game just doesn’t register the need to clean it up.

So on its face there’s nothing wrong with scores of dead forces of justice filling up your hallways but each dead body for some reason causes minions morale to drop – and then they abandon the base, triggering those same traps and dying. This painful cycle could have been solved with the simplest solution but as yet there is no simple way to get rid of bodies and for something that is so determinative of the success of the base it has to work always. 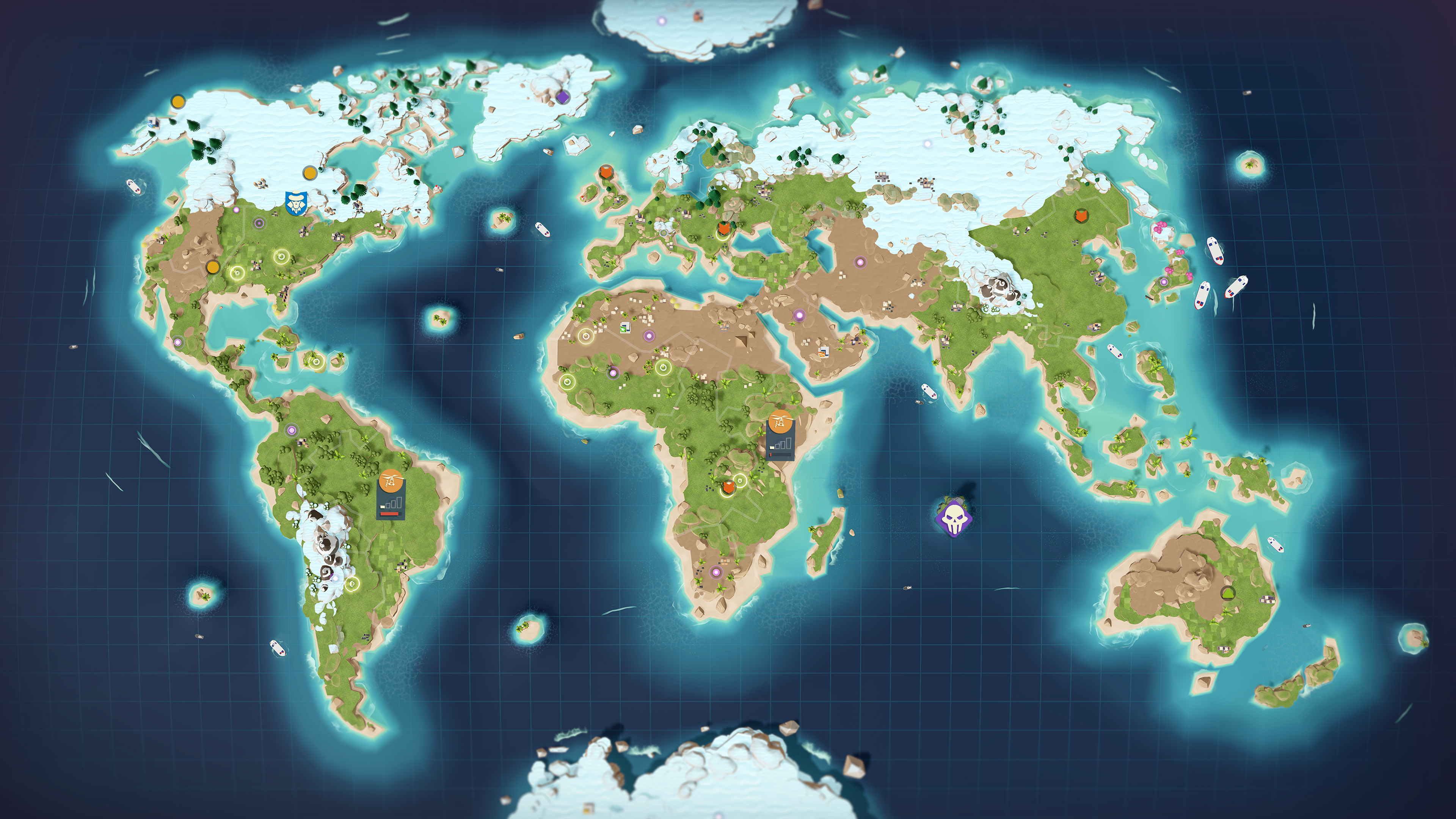 All of that – could be forgiven, since the tone and tenor of the game is just so much fun and reminiscent of the first but the one thing I can’t overlook is how bloated and broken the mission structure is.

Evil Genius 2 is a very narrative-driven experience with each milestone associated with a mission. Most of these missions are bloated beyond belief with each step requiring moves in the base on the world map. This almost linear approach for an open base building game isn’t a fatal flaw but when the same attitude is given to the Side content, everything falls apart. 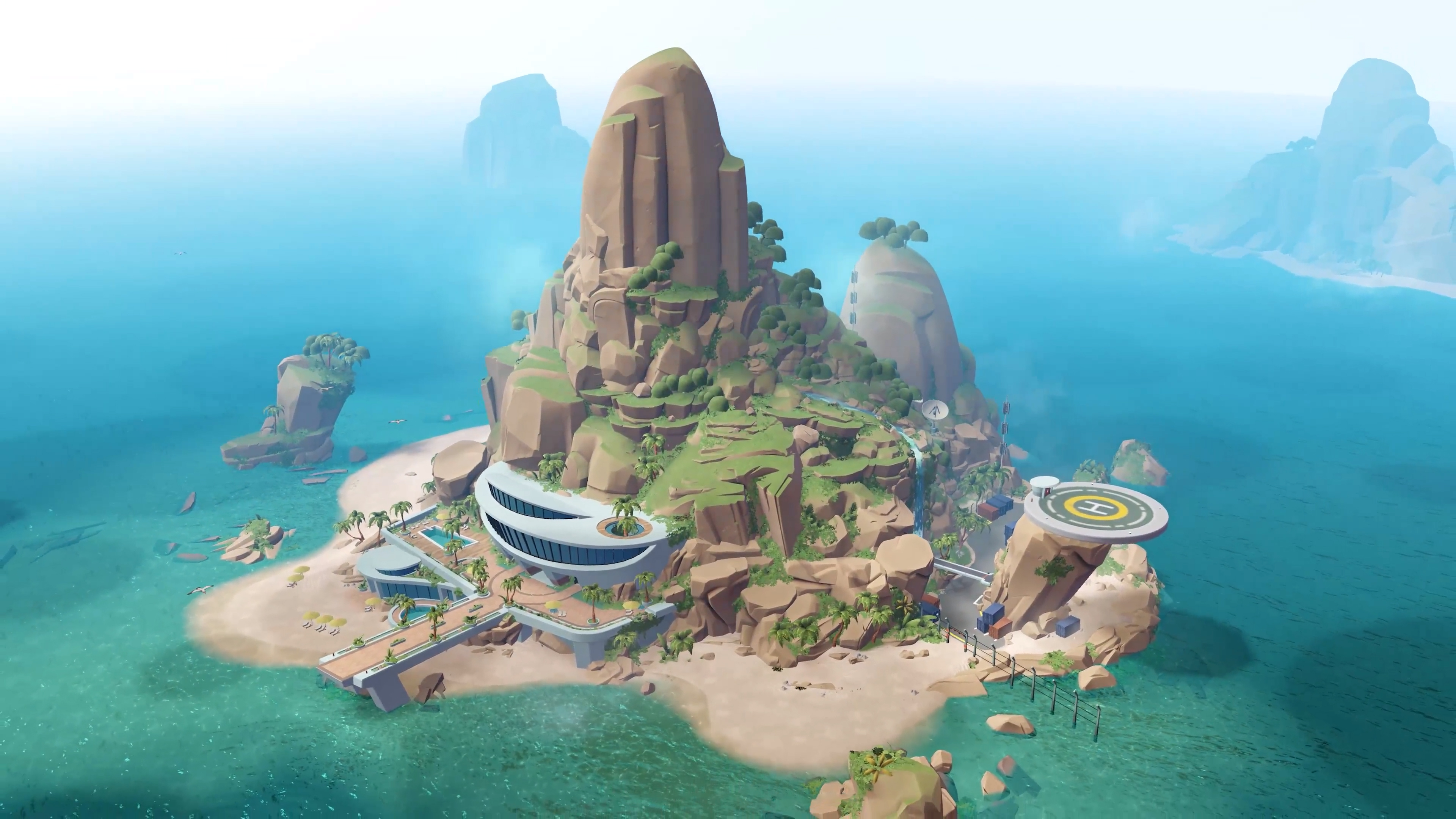 In the first Evil Genius, it was a thrill to build your base, combat the forces of justice, steal valuable loot and defeat super agents in a flurry of quick choices based on risk and reward. In the sequel, you can do all of those things but all of them are now sequestered into a side mission that for some impossible to perceive reason can only be accomplished one at a time. That means the game intentionally makes you wait for an arbitrary base upgrade or world map event while stopping from doing anything else.

Worse still – something that in the first game would take 3-4 missions at most, in Evil Genius 2 takes 15, mind-numbingly boring sequences that push the gameplay loop to a crawl. 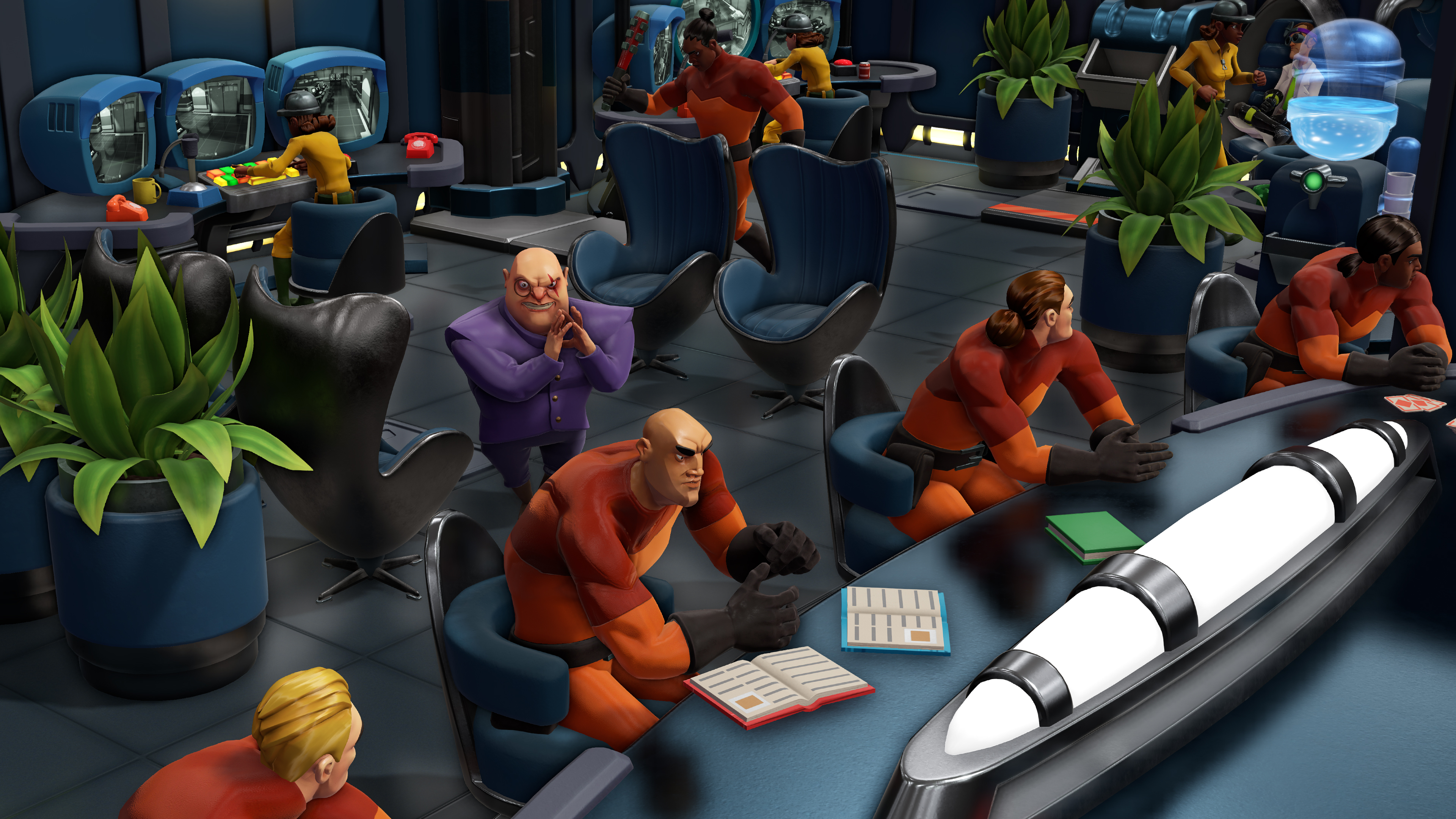 As negatively as I do feel about Evil Genius 2, I completed a nearly 60-hour playthrough and thoroughly enjoyed the revitalization of the Austin Powers-like tone that the first game evoked. The tragedy here is that this iteration failed to grasp the same complex systems that made the first game great. I am hopeful that some of the balancing issues could be solved dramatically with upcoming patching but fundamentally Evil Genius 2 is a disappointment.

[A copy of the game was provided for review purposes.]