It feels like the Metroidvania genre has overtaken much of the conversations I’ve had lately with friends about the types of games we’re all playing. Whether it’s one of us playing Hollow Knight, Metroid: Samus Returns, Celeste, or The Messenger the genre continues to be comfort food for many of us. For me, it is the sense of character progression and exploration I find to be the most satisfying aspects and the main reasons why I can never get sick of the genre. My friends like the boss battles and abilities a character gains each time they start a new game.

Enter Ender Lilies: Quietus of the Knights, the gothic Metroidvania out now on Nintendo Switch, Xbox, and PC. It’s the first game from Binary Haze Interactive, a new publishing label out of Tokyo, Japan and is a solid first outing for the team from sister studios Adglobe and Live Wire.

Playing as the young priestess Lily, recently awakened and fully amnesiac while the world around her crumbles. Much of Land’s End has been hit with a feverous Blight, turning everyone into monsters, better known as Blighted individuals. Mysteriously, your power is the key to returning this once prosperous land to its former glory. See, Lily has the power to purify and her task is to restore Land’s End to the place it was before. Taking inspiration from the Soulsbourne genre, much of the story is told through the world, the NPCs, items, and bosses.

Lily is unable to take on enemies herself in battle, but luckily, she’s powerful with magic and instead of direct combat, is able to summon spirits of fallen enemies to help her in battle. Lily has basic moves to keep away from enemies like a dodge and the ability to jump but the heavier moves are relegated to the spirits at her fingertips. 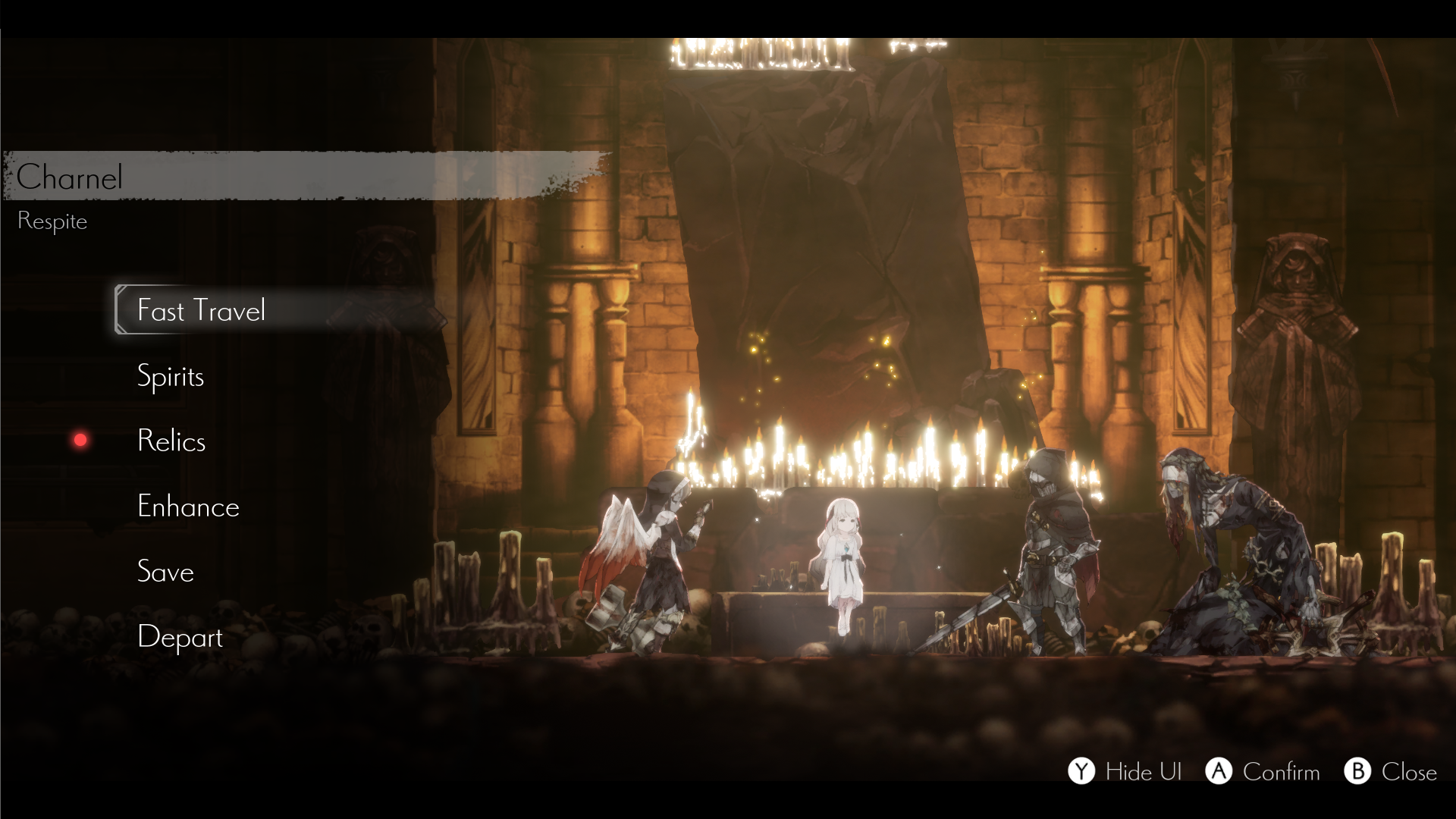 What’s extremely satisfying is encountering an enemy before losing to them a multitude of times, only to get back and try again, only this time overcoming them and having them join you. It is this gameplay loop I found immensely satisfying whether it the spirit of a knight or a witch at your beckon.

It is the power of the White Priestess that makes Ender Lilies: Quietus of the Knights a breakout hit. Purifying the enemy, adding them to a roster of immensely powerful allies and then releasing their powers on the Blighted foes. Lily handles only six spirits at a time, but you’re free to swap them out at the press of a button. 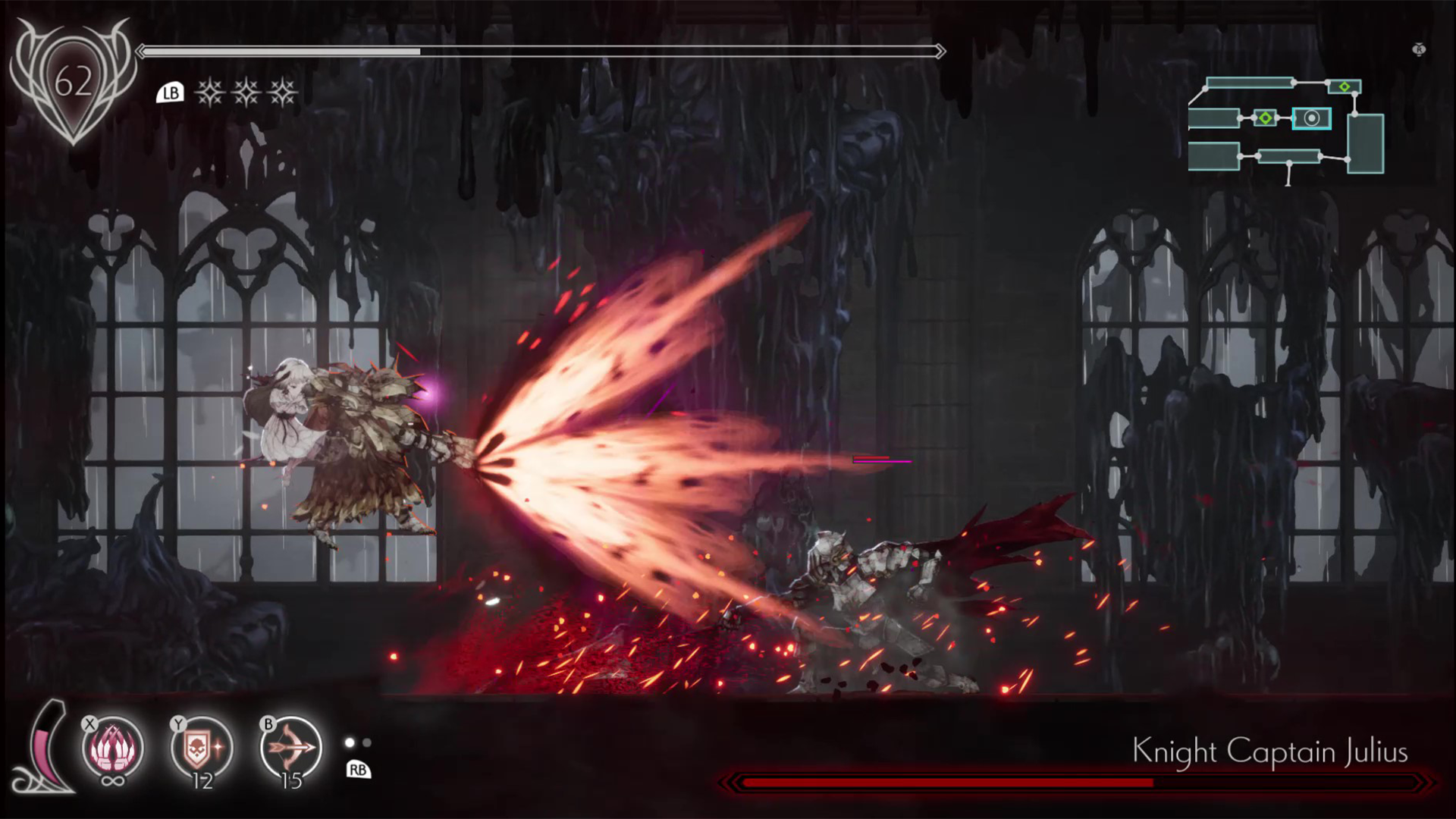 Exploration is a crucial aspect of any Metroidvania game and Ender Lilies: Quietus of the Knights handles this well. With a world entrenched in cursed rain, turning everything into an obstacle. What I admire is the game’s art style – everything feels uniquely placed, the world brought together by the developers only to be devasted by some of the worst curses imaginable. The genre itself is packed with gorgeous-looking titles but there’s something uncanny about gothic settings and this world exudes a chaotic beauty to the world of Land’s End. 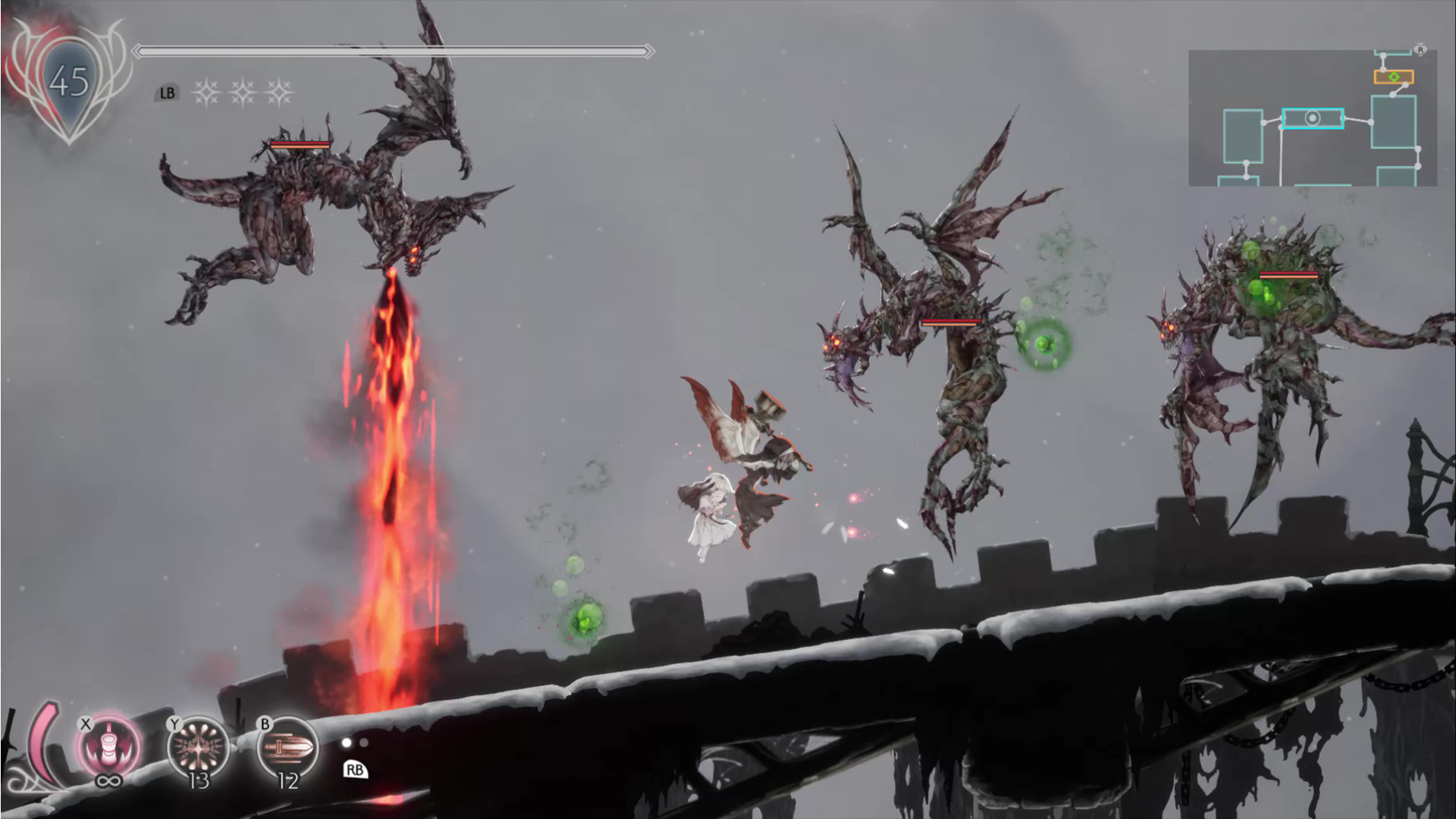 The map itself is massive and it is this wonderfully woven tapestry of secrets you’ll want to unlock. There are enough biomes to keep you invested and across each one, I found myself in awe with each new location. You have a lot of familiar locations from forests to castles but there’s an exquisite amount of detail begging to be admired. Clearing the map is rewarding and trying to find those permanent upgrades only kept me going, with new additions like extra health or adding new weapon slots, there’s enough here that extends the intricacies of combat right until the end of the game. 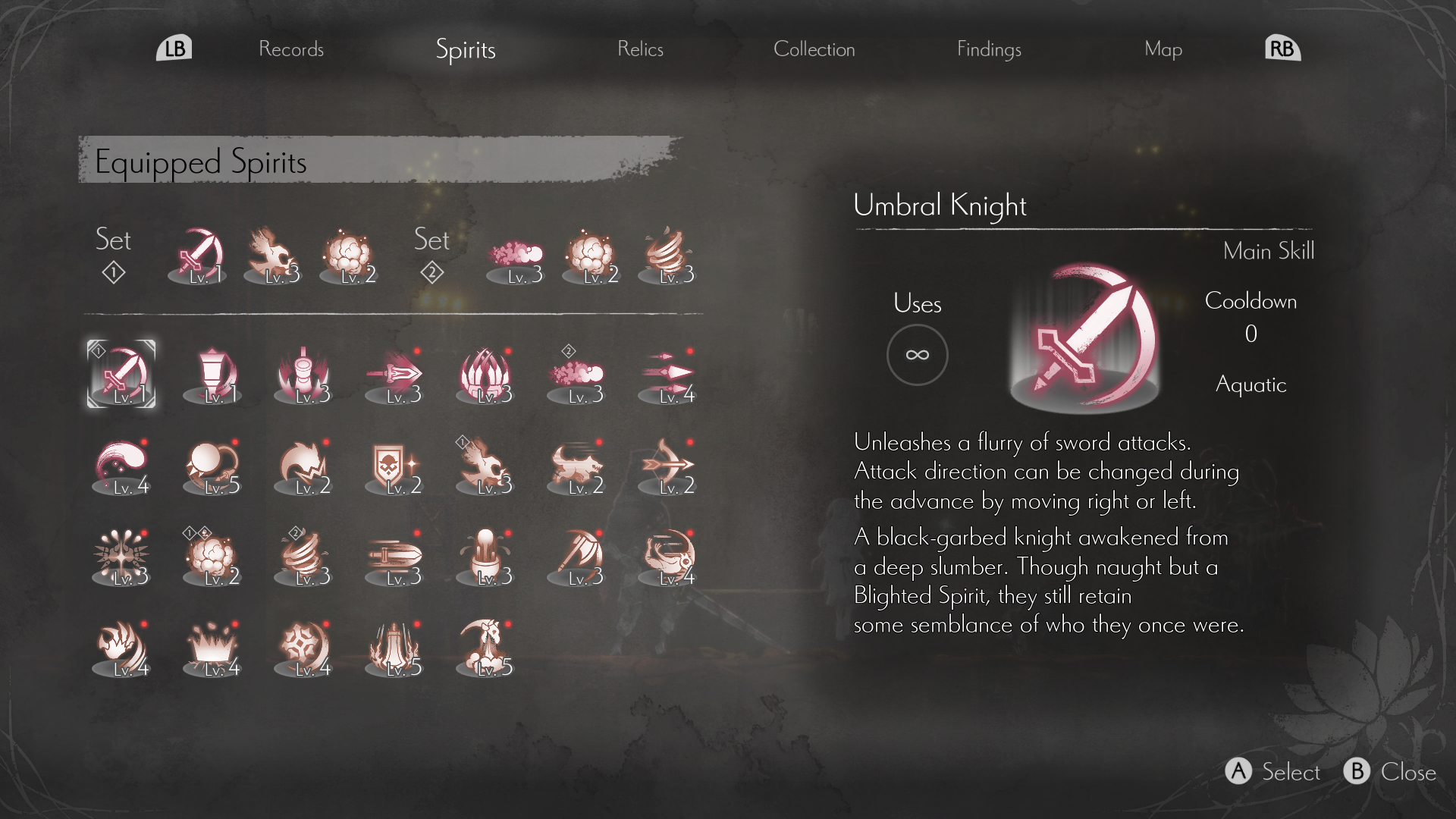 Ender Lilies: Quietus of the Knights might not doing anything particularly new but it is a complete game that will challenge you. What you’re getting is a competent experience that’ll keep you busy and engage you, with rewarding gameplay and a hauntingly beautiful world to explore. If you want something to tide you over this summer, look no further, Ender Lilies: Quietus of the Knights is clearly a labour of love designed to replicate the best bits of the Metroidvania genre and unabashedly succeeds in delivering a breakout hit in 2021.