Sometimes it can be easy to fall for the sin of pride.

And I am convinced that this is what happened in the case of El Shaddai: Ascension of the Metatron.

If you never found yourself paying the original PlayStation 3 and Xbox 36o title from Ignition Tokyo back in 2011 then know that it comes via  Sawaki Takeyasu — an artist and character designer perhaps most well known for giving the Devil May Cry series its distinctly early 200o’s Abercrombie-beefcakes-meet-Hot-Topic-hotties appearance.

Takeyasu left Ignition to form his own studio, Crim and regained his IP in 2013. This new PC port is the culmination of those efforts.

A story of Devine disturbances

El Shaddai: Ascension of the Metatron’s story is where the game is at its most divisive. It takes its main muse from the Hebrew book of Enoch on the birth of demons and the many, many, many reasons good angels became members of the fallen. In this video game’s retelling of the tale, Enoch is an Abercrombie surfer-bro scribe who must join his friend Lucifel [basically just Lucifer] in putting a stop to seven fallen angels from releasing a great flood upon the human world. The story plays out mainly in exposition from unseen angels or the maddeningly annoying disturbances of  Lucifel, who appears to always be on an LG Chocolate phone talking to God — talk about an inefficient system! Takeyasu does very little to show you any of his stories aside from his seemingly pious devotion to understanding the virtues of angels and demons, and how to turn that into a video game.

El Shaddai: Ascension of the Metatron’s best comes in the form of its transcendent art and music. The goal here appears to be keeping you on your feet and moving forward, should that be through a futuristic city that feels like it belongs in Tron or a hilarious world full of wiener-shaped men floating while holding balloons. It’s all a little bit dated graphically, and the rudimentary PC port settings and glitchy camera are enough to make you want to throw in the Devine towel at times, but there’s no denying this game still looks good.

Audibly, this is a game that uses its music for more than just background. It starts with your harps and vocalizations and remains airy, but it’s not afraid to add some deep minor keys in when, say, a floating Picasso line-drawn face floats by. El Shaddai: Ascension of the Metatron‘s soundtrack is just as random as its gameplay, but it’s the perfect companion. 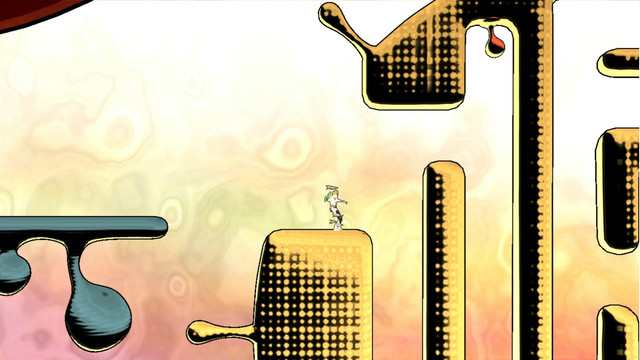 The Devil may cry… about this gameplay

While I can’t deny that there’s an endearing and personal feel to El Shaddai: Ascension of the Metatron‘s story, art and music, its boisterous boss-rush gameplay is just a little too similar to that of Devil May Cry — it also feels quite sluggish and dated when held up to modern-day titles in the genre and across roguelikes and Soulsbornes. 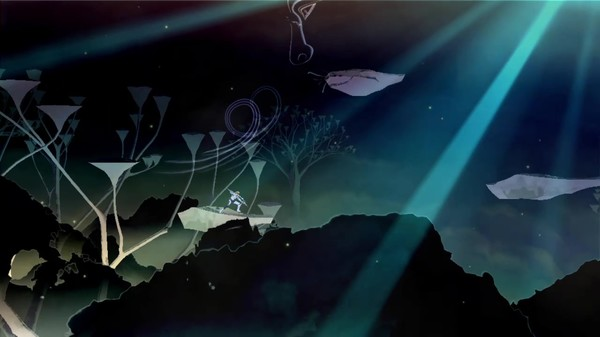 Like Devil May Cry, El Shaddai: Ascension of the Metatron can feel like a persistent button-masher the first time you pick it up. There’s certainly quite the ability to progress through the game just by mashing, but the more you put into its 10-hour campaign, the more you’ll notice that it taunts you with subtle tactical stratagems.

El Shaddai: Ascension of the Metatron’s weapons system feels extremely dated. In 2011, a system whereby you had access to a quick-bladed scythe-like weapon, a set of heavy shield gloves a-la Steve Rogers, and a bunch of flying drone guns? You start off with your fists and then the quick scythe, but along the way, your enemies will drop the weapons you don’t have for your using pleasure — usually when they can be used to exploit a weakness. Stock enemies are also… well, they are pretty stock. There are variations on only three main enemy types that will offer you the occasional curveball. Its boss battles are where it really shines! Each one is just a little weirder than the last. After rushing through levels of the same cronies, it’s actually refreshing to figure out a boss with a ranged attach just isn’t going to be hit by your slow shield hands.

El Shaddai: Ascension of the Metatron is one of those games that’s revolutionary in how gripping it is. I honestly can’t recall if there’s a game I’ve play that’s been so confident in being high-brow and yet interested in impressing everyone. Sadly, even if this were a good PC port, its mechanics and lack of enemy depth are just a little bit too dated to be enjoyable after a decade at rest.