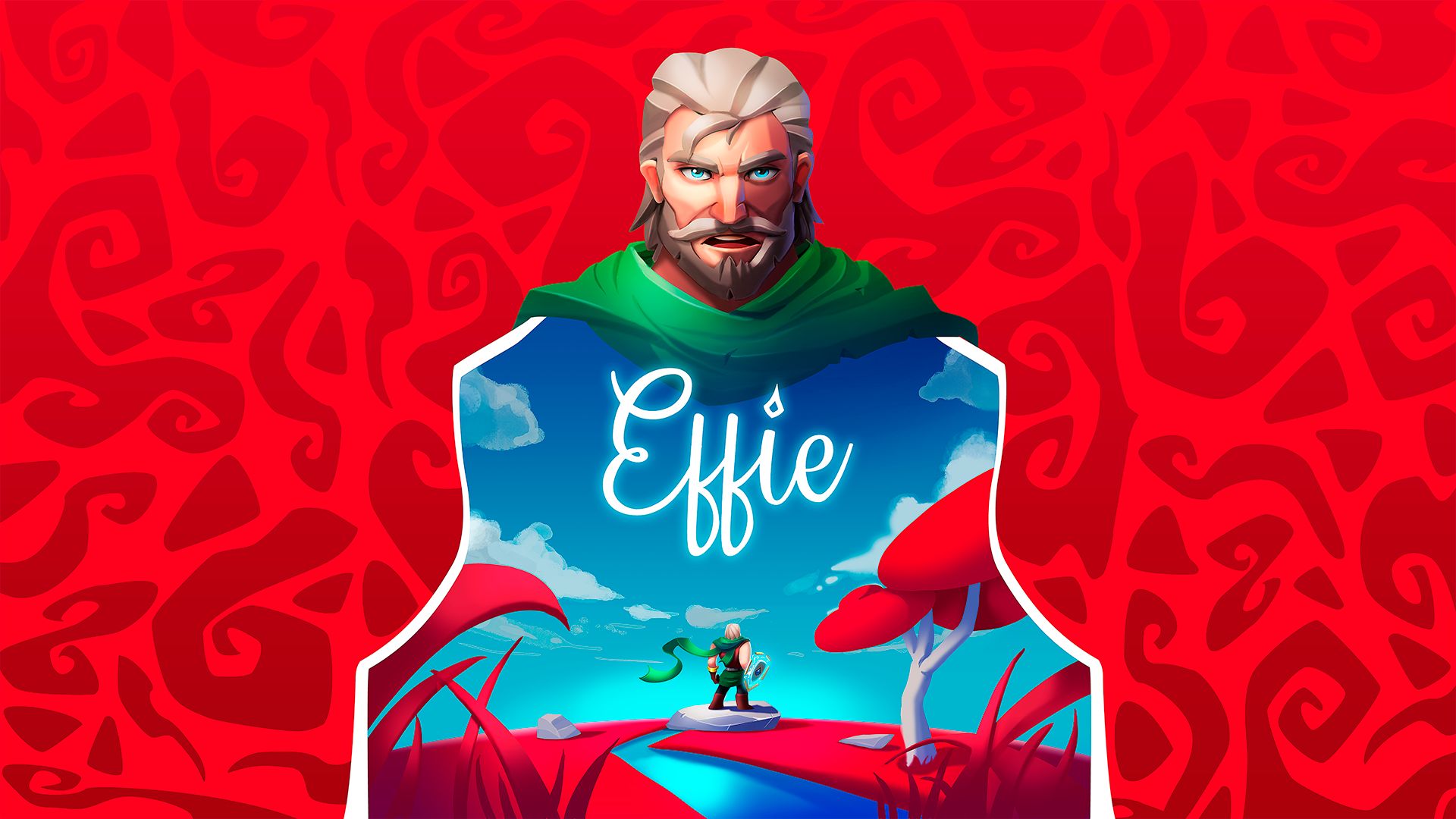 Inverge Studios is a small independent studio in Valencia, Spain that has always enjoyed classic 3D action-adventure titles, so they set their minds along a path to create their own adventure known as Effie that would incorporate elements such as platforming, combat, puzzles, and the exploration of an open world. Inspiration was drawn from titles such as Jak and Daxter, Spyro, Crash Bandicoot, and Ratchet and Clank. The visual presentation immediately reminds of the classics mentioned above, but we will take a look to see if all gameplay aspects result in a memorable adventure worthy of its predecessors.

The story of Effie follows the adventures of a young man named Galand, who is cursed with a premature old age by a witch named Melira. Galand travels to the Temple of Elder Protectors and is advised that they can reverse the curse, but only after first defeating Melira and cleansing the evil within the gems of evil that are situated within each city in the Red Plains of Oblena. However, before embarking on the journey of redemption, an Elder Protector presents you with a magical shield named Runestone to aid you in overcoming what evils lay ahead. You will immediately be drawn to the gorgeous visual design of Effie as it perfectly captures the creative mindset of the developers and their attempt at creating a modern adventure that embodies elements of classic 3D action-adventure games. Travelling across the Red Plains of Oblena welcomes you to a beautifully crafted red landscape that is contrasted perfectly by various rivers and roadways that aid you across the fields, travelling from one city to the next. The soundtrack and voice acting felt right at home, but the repetitive responses from both Galand and Melira do stand out after a short period of time.

Gameplay within Effie follows a formulaic pattern as each chapter presents you with a new city, or temple, to explore. You will be met with various platforming and puzzle sequences while combating ghosts, ghouls, and goblins before encountering Melira and cleansing each evil gem. The initial unveiling of the world to explore as you exit the Temple of Elder Protectors will have players excited, but it is unfortunate that the world outside of the chapters feels barren of life. You utilize your magical shield as a hoverboard and traverse the landscape looking for the next area to explore as there is no map to guide you. The fields have no local inhabitants to witness and sparse enemies are located around key areas such as main cities, or side activities. The remainder of the open area is filled with trees, hills, and rivers. The side activities offer less than an hour of gameplay within Effie, but the time-trial hoverboard mission and battling against waves of enemies within the Coliseum offered a welcoming moment of excitement away from the main story. Additional side activities such as these would greatly benefit the overall experience within Effie as players would then have a plentiful amount of content to complete. The inclusion of local citizens inhabiting the world would also create a more immersive atmosphere and leave a lasting impression among all players. That being said, arriving at new cities will initiate a new chapter that will reward the player with new aesthetically pleasing environments and puzzles to overcome. Environments are detailed within each city as they offer players unique areas to explore while searching to cleanse the evil within. You will encounter a city that utilizes windmills for power, one that produces wine, and one that is a wood manufacturing facility. Each area possesses multiple fun platforming elements and puzzles that are quick to solve and continue pushing Galand closer to the hope of removing his curse. Controls felt smooth while moving across platforms that required the utilization of the double jump and dash skill. However, it is best to be extra cautious as falling to your death will force you to restart entire platforming sequences.

Galand’s initial arsenal consists of a light and heavy attack with his magical shield, but your adventure will quickly lead to acquiring new skills as you enter different cities. You will acquire a dash, boomerang, and earthquake skills that will help you reduce enemy threats more quickly. Unfortunately, enemies provide little difficulty as they follow a simplistic pattern of attack, so each engagement results in a momentary hurdle before continuing the journey. Your health is also never a concern as crates are littered throughout environments, constantly replenishing what little health that has been taken. There are also collectibles to acquire that level Galand’s power-up, but it never improves his damage like it says it does as enemies still require the same amount of strikes to defeat. Effie offers a fun adventure that features a visually stunning design and consists of several platforming and puzzle sequences as you explore the Red Plains of Oblena, but the simplistic combat and lack of a true open world ultimately detract from the overall experience. Effie showcases the potential of what a future sequel can offer, but Inverge Studios will definitely have to create a more immersive world for it to be on par with the classic titles that provided the inspirations for Effie’s creation. Effie is worth a look and is now available on PS4 and will be arriving on Steam in the near future.