Media Molecule set the world on fire when they launched Little Big Planet over a decade ago. I spent hours playing as Sackboy and exploring all the creations of ambitious artists. Each iteration improved upon the last game and offered some of the most exciting, rewarding, and joyous gameplay. Now, Media Molecule creates lightning in a bottle twice with Dreams, which is a title I can’t stop thinking about, or want to put down.

While Dreams has been in Early Access since last year, it is now moving into final release on February 14. Since last year, those who dived in early have been hard at work creating things and it’s wonderful to see so many projects in the works the minute you jump into the main menu.

Your first task is to create your own Imp, which acts as your assistant when navigating the menus. From there, you decide whether to use motion controls from the DualShock 4 or the Move controllers, or more traditional controls. You can turn off the motion controls from the menu but honestly, they are intuitive, and I found myself sticking with the default setup due to how much I ended up enjoying it.

As it were, the first thing I did was a search for the Final Fantasy VII Remake demo that made the rounds last year. Tapping L1 + X immediately shifts you into the Dream, and you’re off to play whatever it is you’ve selected. I’m getting ahead of myself though, as in Dreams there are two main modes available – Dream Shaping and Dream Surfing.

However, I recommend starting with Art’s Dream, a four-hour campaign by the Media Molecule team made entirely in Dreams. Playing as Art, a bass player is known for his attitude and someone who lets their negativity drive their decisions and leads to falling out with his bandmates.

I had a ton of fun playing through Art’s Dream and you might think the subject material is depressing. The way it’s framed is the opposite in three acts is easily the most mature subject matter we’ve seen the studio and I appreciate the time put into showcasing what Dreams is capable of in the right hands. In one section you play as Art with a point and click style navigating the city, in another, we play as toys from Art’s childhood, and lastly, we shift into a platformer as D-Bug and Ele-D, which I played at Fan Expo last year. 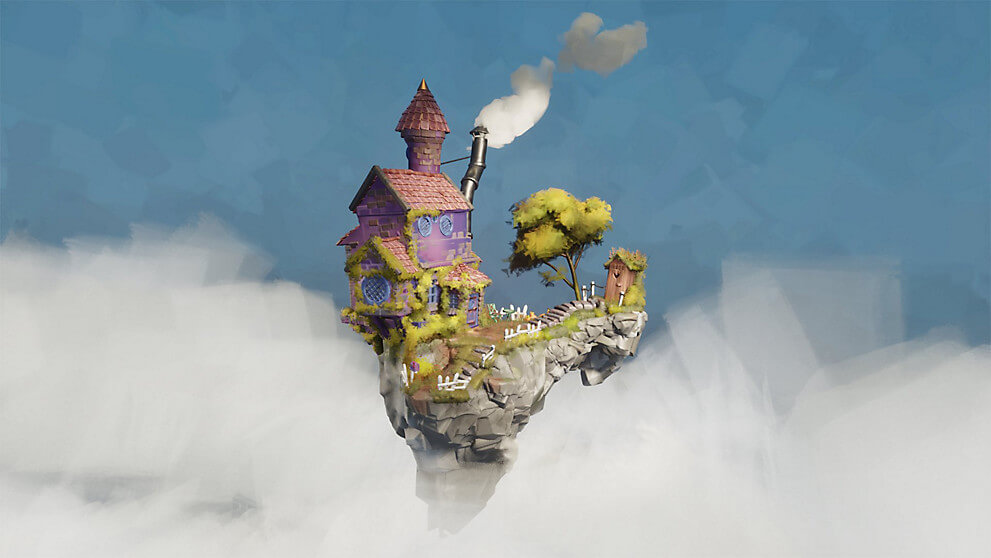 While nothing stands out as challenging, it is wonderful to see so genre-blending excel tell the story of Art. Everything works react well and are as smooth as butter. Media Molecule spent several years fine-tuning the tools that power Dreams and the work the developer put in shine when you’re playing through the official levels created by the studio. It’s so wonderful to see how the official development team creates their Dreams as well as the user-created content which is slowly getting better and better. Also, the biggest takeaway once you finish Art’s Dream is that this was created with the same tools available to you, which is mind-blowing after you complete the mini-campaign.

The colour of my Dreams

Dream Shaping is a daunting place to visit for a first-time creator. That shouldn’t deter anyone from attempting to create something thanks to informative tutorials littered throughout that offer insightful approaches to creating objects. Granted, you still need to learn the basic of walking before learning to run and similarly, you’ll need to learn the basics before sculpting a masterpiece in Dreams. 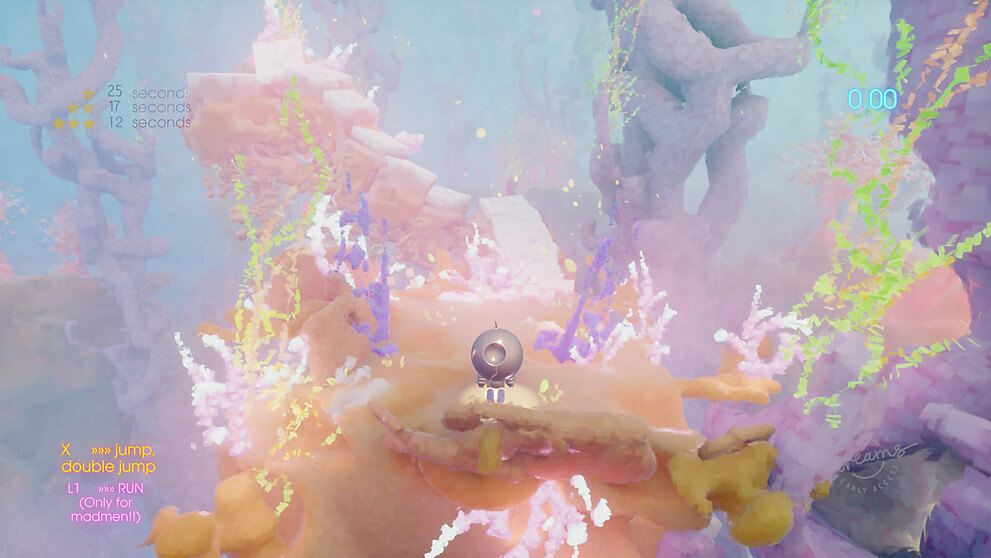 While I’m still navigating the Dream Shape, I’m much more confident in my abilities with Dreams than I ever was with Little Big Planet and I’m eager to create once I understand the fundamentals of the creative suite. I’m amazed at how much thought was put into designing the tutorials and getting so much information into understandable tidbits that even I understood. Through side by side videos that guide you into greatness, the team at Media Molecule do an apt job at explaining things and you’ll find those contributions key to creating.

Another way to explore Dreams

And if the way Dreams was built was intuitive enough for you, the team created the companion website indreams, which acts as a hub to browse creations within the Dreamiverse. Simply sign in your PSN account and start browsing in a digestible way. You can even find and launch new Dreams from the website and send them to your console. 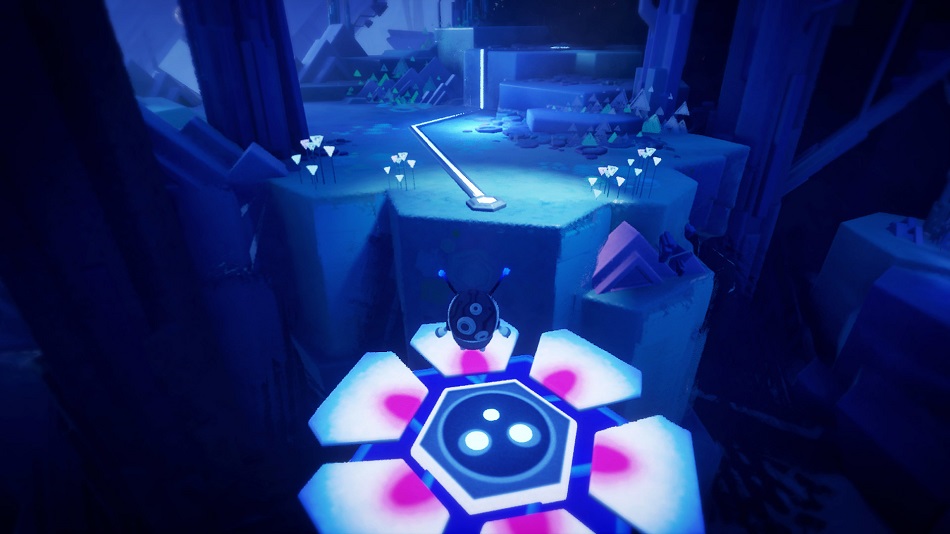 I’ve come across some charming creations over the last week and a half, as well as some stinkers. It’s still early in the lifespan of Dreams but the future is bright and I’m eager to see what content creators will come up within six months, a year, or two years down the road. Thankfully, Media Molecule created a way to filter what you’re looking for so it’s as easy as selecting a tag and filtering content through that.

I spent an hour exploring the realistic food creations of content creators, one recreates food you might order on a date, another includes a food fight, another features a greasy meal that made my mouth water. 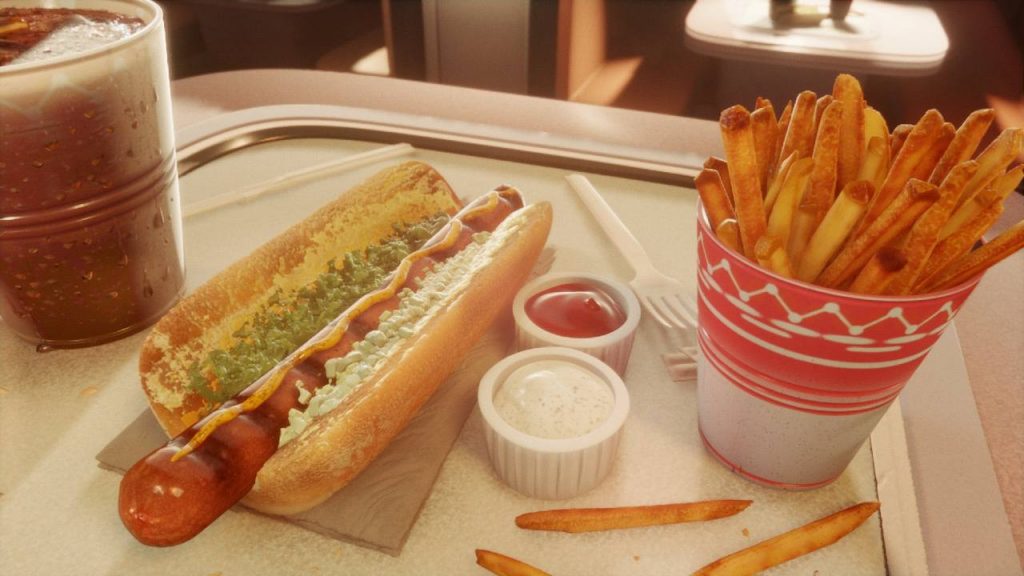 Dreams allow the average gamer the opportunity to create anything they want. Dreams allow anyone who touches it, to create whatever it is they so desire. Describing what you’re able to do isn’t nearly as fun as jumping right in and if you’ve at some point had the creative bug, you owe it to yourself to check out what Media Molecule has created. Or if you prefer to enjoy the creations of others, you can do that too. It’s up to you how to approach Dreams and you’ll certainly be rewarded for doing so. Diving in now means you can catch up on all the exciting content already created by others and in turn, may find the spark to create your own experience. Dreams are one hell of a way to close the generation and the next logical step is implementing VR for those who own PlayStation VR. 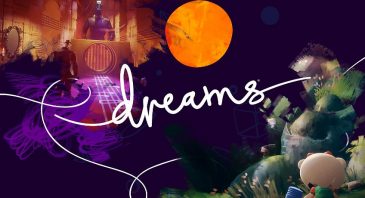