The Nintendo Switch has become the hub for quality ports on the go. We’ve seen how well Skyrim and Doom translate to the newest console from Nintendo, and those games are much different from Dragon Quest Builders. It’s time to dig in and build with Dragon Quest Builders once again, only this time, you can do it from the bus or train.

I’m one of those people who respect Minecraft for what it is and has become in its lifespan, but I am daunted by the entire scene. Square Enix took full advantage of gamers like myself and gave us our own playground in familiar territory to explore and engage in, and for that, I’m thankful they took the time to create Dragon Quest Builders and to release it on the Nintendo Switch. 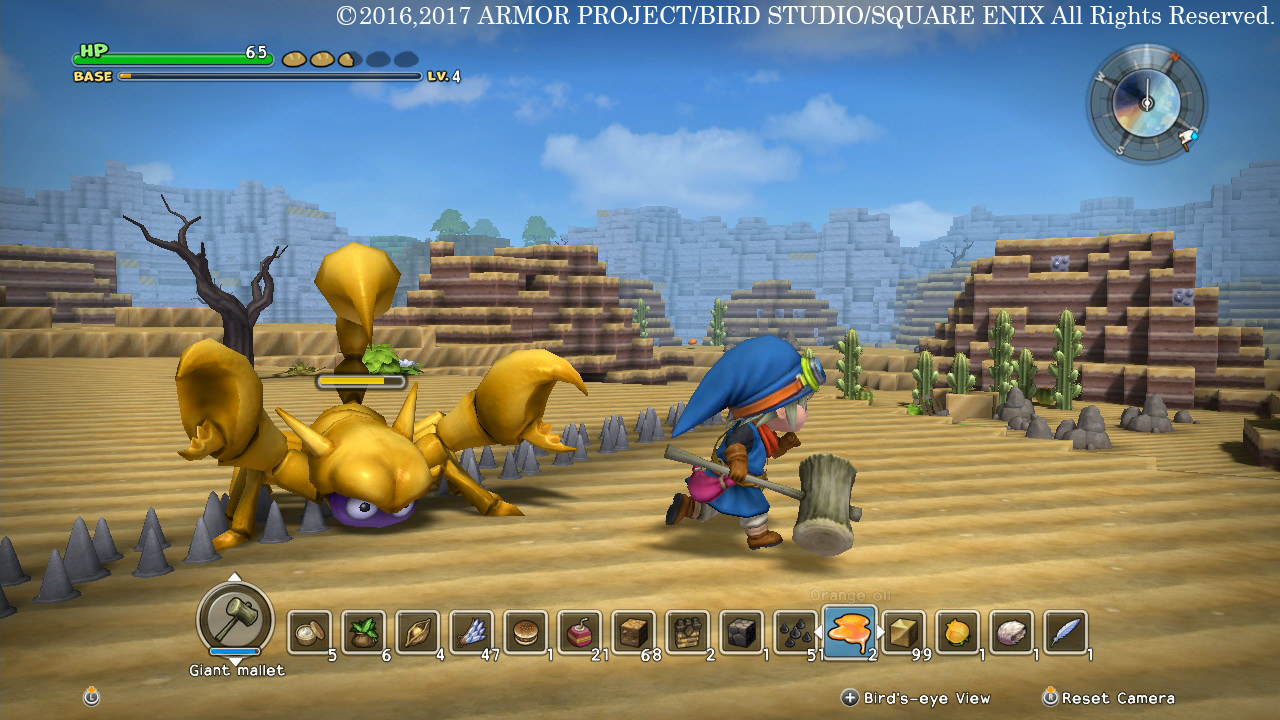 I know that Dragon Quest Builders has been available for well over a year now, and it’s been portable on the PlayStation Vita ready to go out into the world with you. The question is does this game belong on the Nintendo Switch? The short answer is yes, yes it does. It may be a port, but it’s a good one; with the Switch, this game has a second life that will appeal to children and parents, too.

Originally released in 2016 for the PlayStation 4, PlayStation 3, and PlayStation Vita, Builders is Square Enix’ version of a Minecraft construction game but features a quest-driven narrative.  You’re tasked with gathering materials and help rebuild the world after it’s been plunged into darkness. This game takes place in Alefgard, the original world that was featured in Dragon Quest – only this time you accepted the Dragonlord’s offer to join him and rule half the world, however as you quickly learn, the offer was a betrayal and you’re sealed away.

As you explore the world of Alefgard, you soon come upon an area that serves as your starting point, from here you are tasked with creating essential items like beds, chests, and weapons to expand your horizon and bring more people into your small village. Dragon Quest Builders starting tutorials are thoughtful and informative and as you learn the ropes of world-building, the satisfaction that follows is remarkable, and more of the game’s mechanics are rolled out spectacularly. Learning new recipes, crafting new gear and weapons, it’s all apart of the bigger picture in Builders but it’s as much fun collecting as it is creating, as the process is swift and convenient. 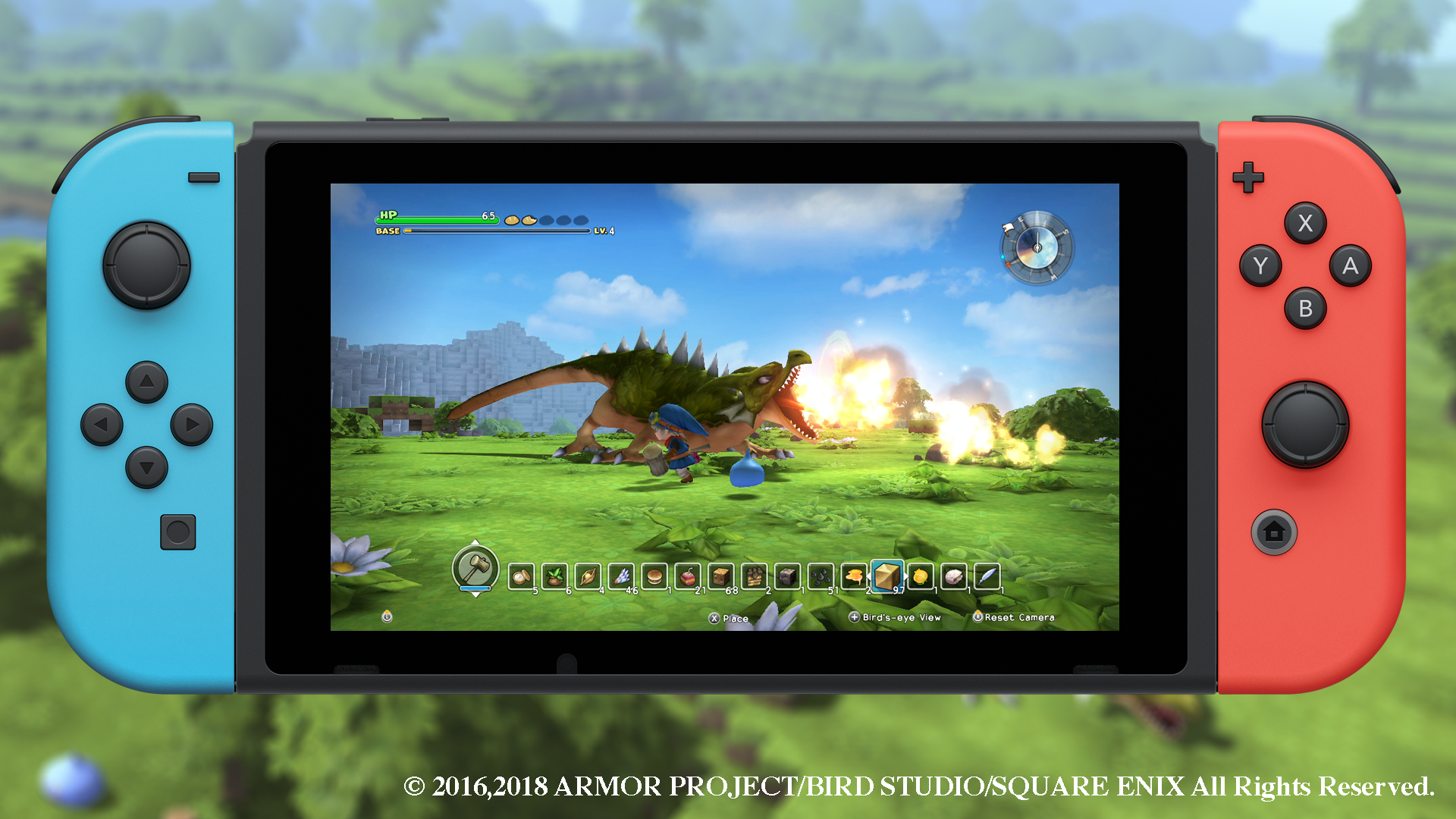 Combat isn’t as deep as a regular Dragon Quest title, and I’m happy how battles play out in Builders, which flows at a better pace. It’s also nowhere near as frantic as Dragon Quest Heroes, it’s the right in the middle of the main series and it’s other spin-off series.

The more you invest in your town, the more experience you earn. Your character doesn’t level up, instead, you earn points on how many buildings are created, the quality of your builds, and what is inside them. Creativity is your best resource here, and the more creative you get, you’ll be rewarded for it.

Square Enix has found a perfect balance of gameplay and story here, and I’m impressed I’ve spent so much time with this game again, with its addicting gameplay and wonderous humor that puts a smile on your face. Crafting is fundamental and enjoyable, something I couldn’t get into with Minecraft in all my attempts. Get a blueprint from a villager, lay it out on the map and build upon it for great success! Following the blueprints is only the beginning of the fun, it’s how you build upon them that makes time fly. 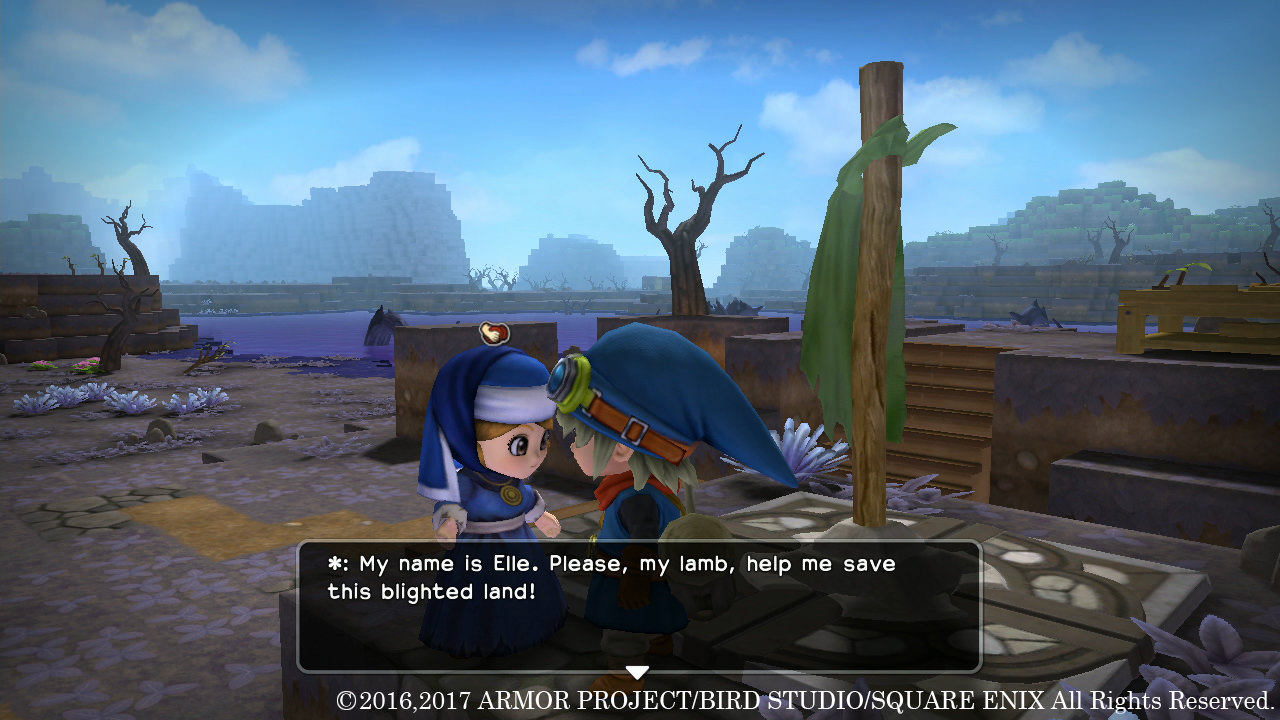 Sooner after completing Chapter 1 in Builders, Terra Incognita is introduced, essentially serving as a free-play mode where you can be as creative as you want with no regard to progressing the story and worrying about monsters. The possibilities are only limited by your creativity and how much time you’re willing to spend. There’s also a sweet Nintendo Switch exclusive feature that allows your character to ride a Great Sabrecub across the map.

Builders sits comfortably at 720p and 60 frames per second when docked and projecting onto your TV. When undocked, expect a solid 720p with 30 frames per second. It’s noticeable but it’s not enough to shake the experience up enough that it prohibits continuing the joys of building. 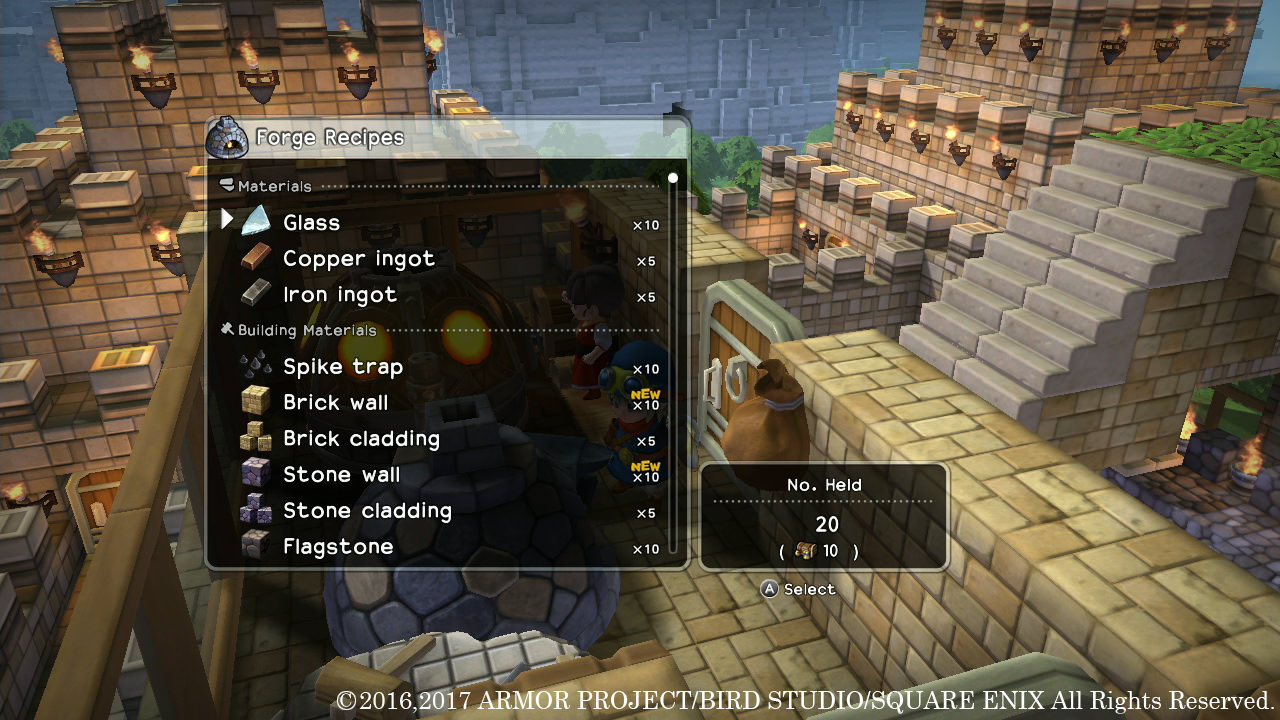 Dragon Quest Builders is a welcome addition to the Nintendo Switch. There isn’t a better home for it after spending a better part of a week playing the game on Nintendo and comparing it to it’s older PlayStation port. Its tongue in cheek humor is wonderful and the gameplay allows for creativity that is synonymous with what Nintendo had in mind when creating the Switch. Collecting materials, crafting items, and building things sure feels like it belongs to Minecraft, but after spending serious time with Builders, it’s hard to even consider anything else as being synonymous with the genre. Dragon Quest Builders feels like the Minecraft experience I’ve always wanted, but could never have. It gives me accessible gameplay and more than enough content to play for dozens of hours, especially with the addicting Terra Incognita free mode.