Review: Don’t Give Up: A Cynical Tale

I heard it said somewhere [Pretty sure it was Dax Sheppard’s Armchair Expert] that honesty is the best form of healing.

To get over the tough stuff in life and come out healthy, you’ve got to be honest with yourself and those around you. Even if that includes doing it in the form of self-deprecating humour about how awkward and suicidal you are. And that’s what Tristan Barona does best with his RPG visual novel Don’t Give Up: A Cynical Tale.

But now comes the part where I have to be honest. This game is a fantastic story of overcoming heartbreak and its resulting awkwardness, anxiety, depression and thoughts of suicide. It achieves narrative success through humour as well as a side story about escapism through a hero complex. Yet, there are a few troubling technical aspects that hold it back from being a perfect experience.

In case you haven’t been able to tell yet, I’m a huge fan of Don’t Give Up: A Cynical Tale‘s story. It revolves around Tris(tan) Barona, a self-described failure who moved across the country looking for a new start after his life imploded due to the loss of his dream job and his girlfriend leaving him. We are introduced to Tris, a man emotionally shaken, suicidal, and just a touch manic.

In his daily life, Tris is a self-called “dream chaser.” He’s someone who still has hopes that he can be a better game designer and just an overall better person. He uses a quick-witted self-depreciation to get through the all-too-real depression he is still experiencing. Tris’s story is honest and real and almost certainly borrows heavily from the real-life developer’s personal story. Anybody who’s ever felt the crushing awkwardness that’s brought on by thoughts of suicide and inadequacy is sure to be able to connect with Tris as more than just a 16-bit character in a game. Along the way, Tris tiptoes with a new possible love interest so as not to get hurt again. He also seeks safety in the form of a best friend who keeps him grounded when she’s around. And he does an emotional battle with an actual 16-bit Chad. All of these relationships feel extremely real and painfully well-documented. And they become the game’s greatest strength.

Conversely, Don’t Give Up: A Cynical Tale also tells the tale of Subris, a manifestation of Tris’ mental illness who navigates a world of darkness to get back to the light. I highly recommend going into Subris’ half of the story with the idea of escapism serving as the lens with which you view his portion of the tale because otherwise, things can become a little hard to follow.

Getting over our hangups requires honesty, but it also involves escapism or personality that helps you combat the evil thoughts along the way. Tris is clearly in possession of a hero complex that helps him get over his depression. Being fired and dumped has left him in need of feeling others need him. Thus, Subris clearly becomes the hero that Tris imagines himself to be. And that’s the idea that leads to both characters’ stories working so well. They are both slaying their daemons to get back to some semblance of normal, healthy life.

Combat and Adventure in a rut

Sadly, game mechanics make Don’t Give Up: A Cynical Tale a bit of a boring and technically flawed graphic novel.

Battles occur on a four-panel plane where an individual panel relates to a directional input on the stick or the D-pad. And I’ve never played the original computer port of the game, so I can’t comment on that, but on the Switch, the controls feel more than a little bit sluggish. Timing is critical in this adventure’s combat system because enemy attacks come in the form of objects falling on a number of the panels quickly, requiring you to either parry or dodge them. You also do an initial attack phase where you must hit the enemy as they move around a set plane of motion in a matter of seconds in order to knock them off balance. There were countless numbers of times I ended up dying because of a lag or outright halt in my movement.

Battles don’t really change all that much and become quite stale after a few of them. You’ll have the occasional twist to deal with, but they often don’t add much, and in some cases, they become downright hard to manage. 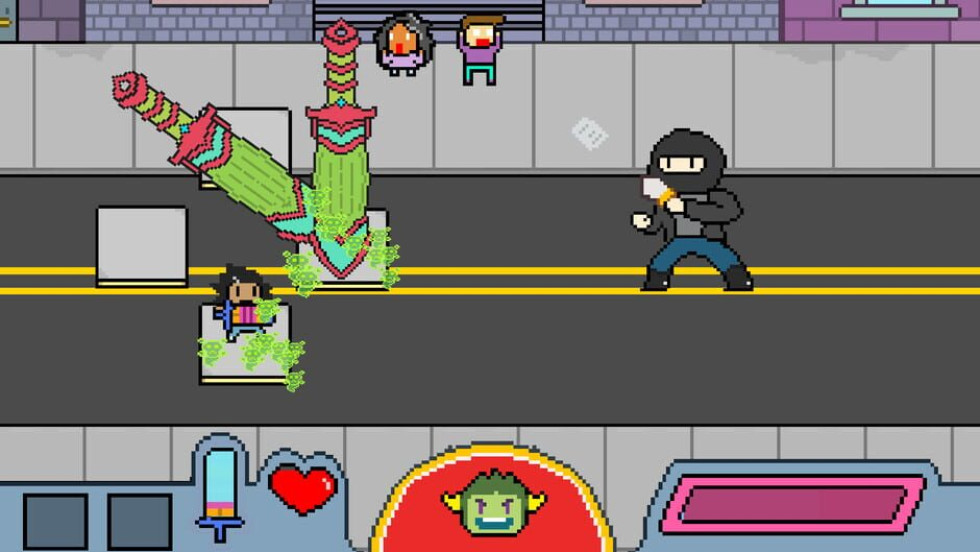 There was a battle I absolutely struggled with pretty early on where Tris is hammered at a party and doing battle with a guy who doesn’t want him to be there. As a result of his intoxication, this battle hides behind the fog of a dancing pink overlay where dots dance to and fro, greatly hindering your ability to see the markers telling you which panels are about to be attacked. I ended up dying on this battle so many times that I gave up for a couple of hours out of frustration and only came back to it when I wondered about how it would handle an “easy” difficulty?

Don’t Give Up: A Cynical Tale‘s combat also lacks elements that would make it compelling. Even though there is an RPG combat system, there’s no levelling or equipment system. So battles purely exist to move the story forward in a form that differs from simply reading on-screen text. There are also no side missions and no random encounters or reasons to really explore the map as you hit an invisible wall when trying to access places that don’t impact the story at hand.

On a more positive note, battles start with a form of belittlement where Tris puts on his headphones and lobs trash talk at the opponent staring him down. You get to decide whether it’s effective at upsetting the baddie or not – netting you a buff if you do well. It’s a very cool game mechanic that compliments Tris as a character. I enjoyed its implementation so much more than a seemingly random encounter event as it was recently treated as in Assassin’s Creed Valhalla. 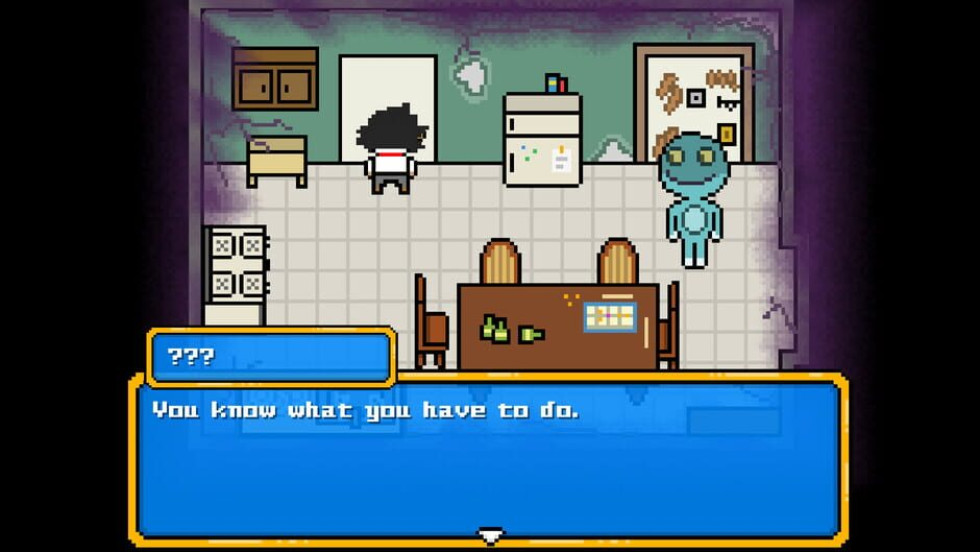 Don’t Give Up: A Cynical Tale is a game that’s going to stick with me for a while because of the way that it addresses anxiety and depression and the awkward struggle that results. There’s a deep and honest story present that resonated with my own life experience and has comforted me greatly. Sadly, the surface is a somewhat bland visual novel delivery that makes this tale one that I fear is going to turn out to be forgettable.

I can’t stress enough that this is one man’s game. It’s as indie and indie games come, and thus, it can’t be everything. However, I already wish it could be a little more because we need more games like this.

[A copy of the game was provided for review purposes]