I’ve been itching to get into a new cyberpunk game for the last while, sadly Cyberpunk 2077 didn’t do it for me for a multitude of reasons. Disjunction however did and was a great reminder of why I love the cyberpunk genre.

When I first learned about the game I was immediately like ‘stop right there, I’m in’. I instantly fell in love with the setting because it reminded me a lot of Deus Ex, a franchise I adore.

Getting to play the game it became more apparent that the game’s inspirations didn’t stop there. Disjunction plays a lot like a fusion of Hotline Miami‘s overhead perspective with a focus on stealth like the old school Metal Gear games in a world that’s very reminiscent of the recently released Deus Ex games.

The stealth action game was first announced back in 2017 as a stealth action RPG by the developer, Ape Tribe Games. It’s the studio’s first game, a huge undertaking for the three-person studio – who are all brothers – that all came together in a good way.

Disjunction takes place in New York City in 2048, but just because it’s the future doesn’t mean things are any better than they are currently are. The world is facing an economic downturn, environmental disaster, and societal destabilization.

The United States isn’t any better off especially at the start of the game. The metropolitan city stands in disarray after the arrest of controversial Central City – a crowded settlement of shacks and shanties spread across the Central Park Area – community leader. 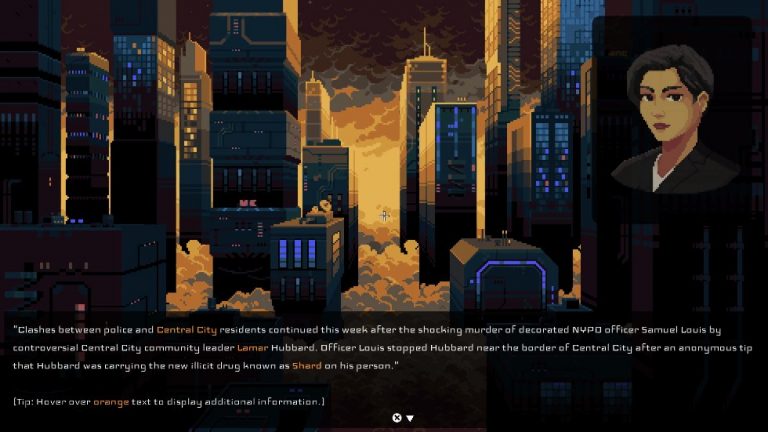 The charges? Well, the ‘evidence’ points toward the murder of a decorated NYPD officer. You are put into the shoes of Frank Monroe, a private investigator with cybernetic eyes, who has been employed to find out who framed the community leader.

I wasn’t a huge fan of the story overall, it felt very bloated in the amount of text on my screen and left me bored at times. The only thing that kept my interest was Disjunction‘s character development throughout the game. The game’s narrative felt more like a tool to transition to the next level, rather than something that hooked me land left me wondering ‘what’s going to happen next?’ as other games have done. I know that’s an uneven comparison as this is the Ape Tribe games’ first game, but this is an area I feel doesn’t shine as much as the game’s other aspects.

A Diverse Cast of Playable Characters

The story leads to an even larger conspiracy happening behind the scenes, which you’ll unravel together with Frank and two other playable characters. Those characters you’ll get to play as is Joe “Lockjaw” Murphy, a black ex-con with a cybernetic arm and jaw – hence his nickname – in need of revenge after the death of his daughter. 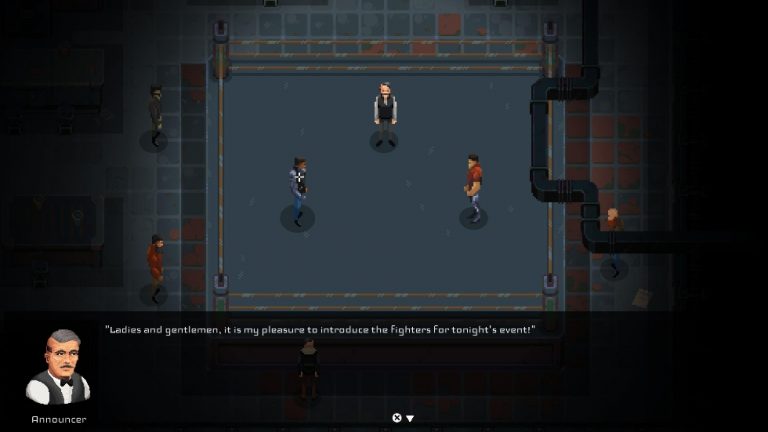 She died during an onslaught attack with the game’s anti-augmentation organization – a lot of Deus Ex: Human Revolution vibes – which she was a member of and Joe blames the leader for her death. Lastly is an Asian hacker who goes by ‘Spider’ who has a story similar to Joe as far as a family member unjustifiably dying on another organization’s watch.

I would like to applaud Ape Tribe Games’ inclusion of diversity in its trio of main characters. They could have easily just made the game solely focused on a white character like Frank but they went the extra mile and delved a little deeper into what New York City is, a melty pot of different races and cultures.

Disjunction is a singular path type of game, which for me is a breath of fresh air after the number of open-world games that I’ve gotten into over the last couple of months.

Getting into the first of the main twelve levels – four for each character – of the game starts teaching how to play the game in a tutorial that doesn’t get in the way of the game. You can choose to walk normally or sneak, but sneaking was my go-to position because walking around like a jabroni is gonna get you noticed quickly by enemies and their itchy trigger fingers.

While sneaking you can easily see the eyesight of all human and machine enemies, hiding in shadow decreases that eyesight by half so sticking to the shadows is the go-to strategy to get through the game. 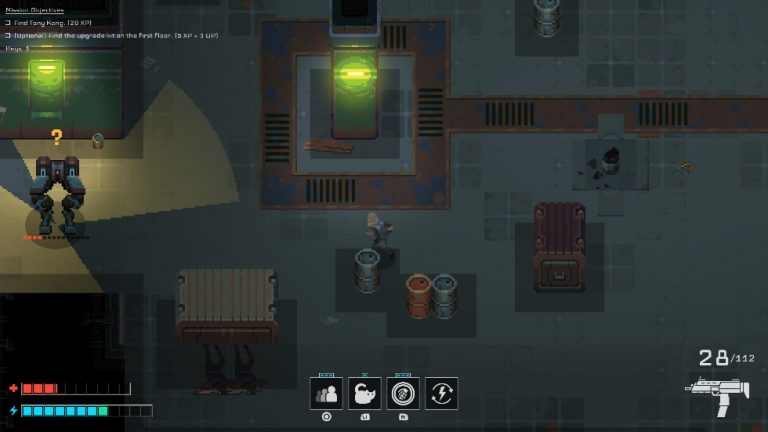 You have a choice of taking out enemies by nonlethal attacks by either Frank’s Baton, Joe’s Cybernetic arm or Spider’s shock glove. When it comes to lower-tier enemies, it’ll take one hit usually but stronger enemies will withstand so mashing is the best way to take them out quickly before being noticed.

Anybody you leave behind will be easily noticed, so Ape Tribe Games lets players drag the bodies anywhere on the level. Hiding a body is a great way to get through a level but every once in a while I like to use them as bait so enemies can easily come to me.

The further I got through the game, the more I realized these types of strategies were needed as the game has no difficulty setting. I’m not calling Disjunction the Dark Souls of stealth games but it’s not an easy game to beat especially if you don’t have any patience. I can’t recall the number of times I’ve died or restarted a checkpoint, but it’s more times than I can count.

I don’t see Disjunction as a game for everyone because of its focus on stealth and that may be not for people who like to play games ‘Rambo’ style. That’s not to say you can’t – you certainly can – but you’re making the game more difficult for yourself if you do. 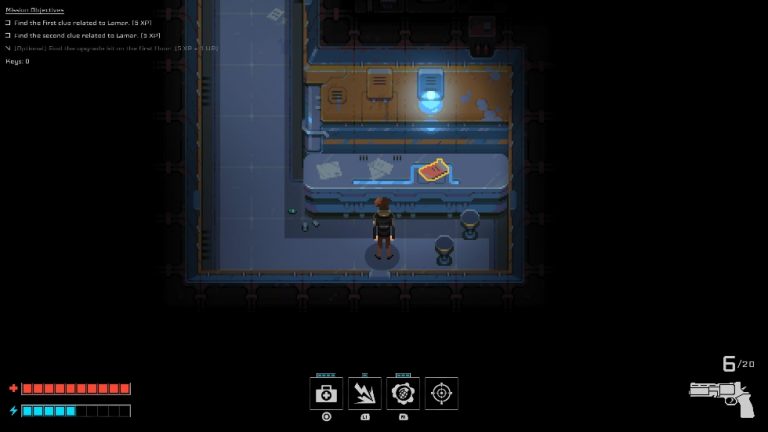 The pacifist route is the one I took, that’s how I like to play stealth games when it comes. If you’re not that type of player then there is always the cold-blooded murder route. You can satisfy your bloodlust by taking out enemies with Frank’s pistol, Joe’s shotgun or Spider’s machine gun but be warned nearby enemies will come at you immediately because gunshots are loud.

If you end up taking that route, the game’s reactive story will remind you of those choices which will have consequences in the long run. I don’t know what those consequences are for going down that blooding path but I did notice in the early levels a character mentioned that they didn’t hear any reports of my character breaking into certain levels.

Upgrade your Character to your Playstyle

It’s not just about combat and guns, each character comes with three unique abilities and one passive ability. Some of those abilities include a grenade ability for each character like smoke, force and pulse, as well as ways to stun enemies, charging them, going invisible and much more.

The abilities and other aspects of your character can be upgraded from upgrade kits and XP points that your character earns at the end of each level from the main and optional objectives. It’s impossible to upgrade your character fully as the game limits you intentionally.

I find you don’t need to because the developer gives you enough options to customize your character that works to your play style. There were a lot of times I was like ‘I don’t think I need this but I do need that’, it’s a very light RPG system but it works for the game Ape Tribe Games has delivered. 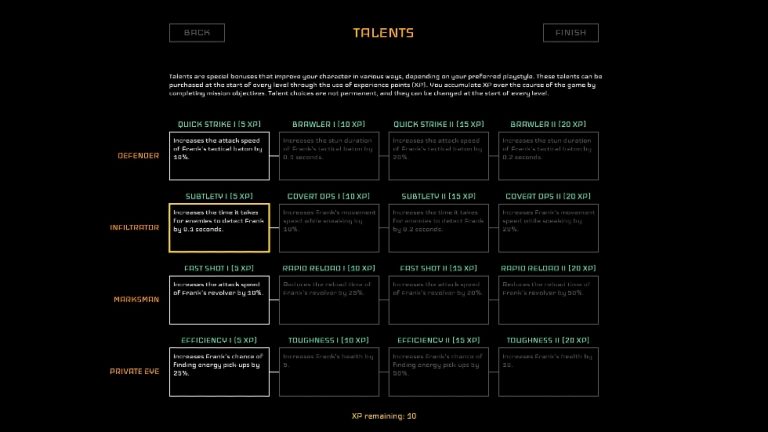 Disjunction isn’t a perfect game, there were some features I felt lacking. I found it odd there was no save system or autosave slots as I wanted to go back on the decision I made for a couple of trophies. To get it I have to play a whole new playthrough, and while I like the game, I’m not that motivated to play through it again.

My overall technical experience with the game wasn’t that great either as Disjunction crashed at least three times on my PS5. Plus during the final level, the frame rate dipped to a point where I felt like I was playing the game in slow motion at 10 or 15 FPS.

Disjunction overall is a really good stealth game that honours its inspiration. Throughout the game, it tested me to think of new ways to get through each level with my stealthy playstyle in the 2048 game. How the game’s reactive story reacts to player choice and impacts the overall story is a great aspect of the game I didn’t expect from a game of this scale. The RPG aspect felt lighter than what I’m used to but how they approached game design on that aspect was still a fun ride.

Although the story felt like a tool to transition to the next level, I did feel the motivations of each character throughout my playthrough of the game. It just felt like it was a little too bloated with text to a point I felt bored by Ape Tribe Games’ storytelling attempt. No matter what narrative criticism I have, the fantastic stealth gameplay is what kept me invested in my well over 15 hour run of the game.

Disjunction is available PC, PS4, Xbox One and Switch on January 28th.