Activision Blizzard is currently facing litigation stemming from serious allegations of sexual harassment, inequality, lack of compensation, lack of promotions, and more. You can see much of the events covered by us at this link, giving you a breakdown of what’s happening with the publisher. This review is a direct response to support the hardworking developers within the company.

Diablo II: Resurrected is finally here and while I assumed it would be the abysmal path brought forth by Warcraft III: Reforged, it turns out that wasn’t the case. Hearing Vicarious Visions was brought on board to work on the beloved title gave me a glimmer of hope that this remake would be good, at the very least. What we got then is a game that faithfully adapts and upgrades the decades-old RPG into a new generation that still plays and feels the same but looks much more with what I thought the game looked like in my head.

For fans of the original, who huddled each other shoulders to get in on the action or carried their desktop to play together via LAN, this is an audible and visual upgrade that feels in line with how you may have visualized Diablo II as a kid. For newcomers, this is a look into the past, giving those who never experienced a classical masterpiece with new bells and whistles. A lot of the quality of life improvements won’t be found in the mechanics, instead, a lot of the work done to improve Diablo II is centred on streamlining the cooperative and online elements. 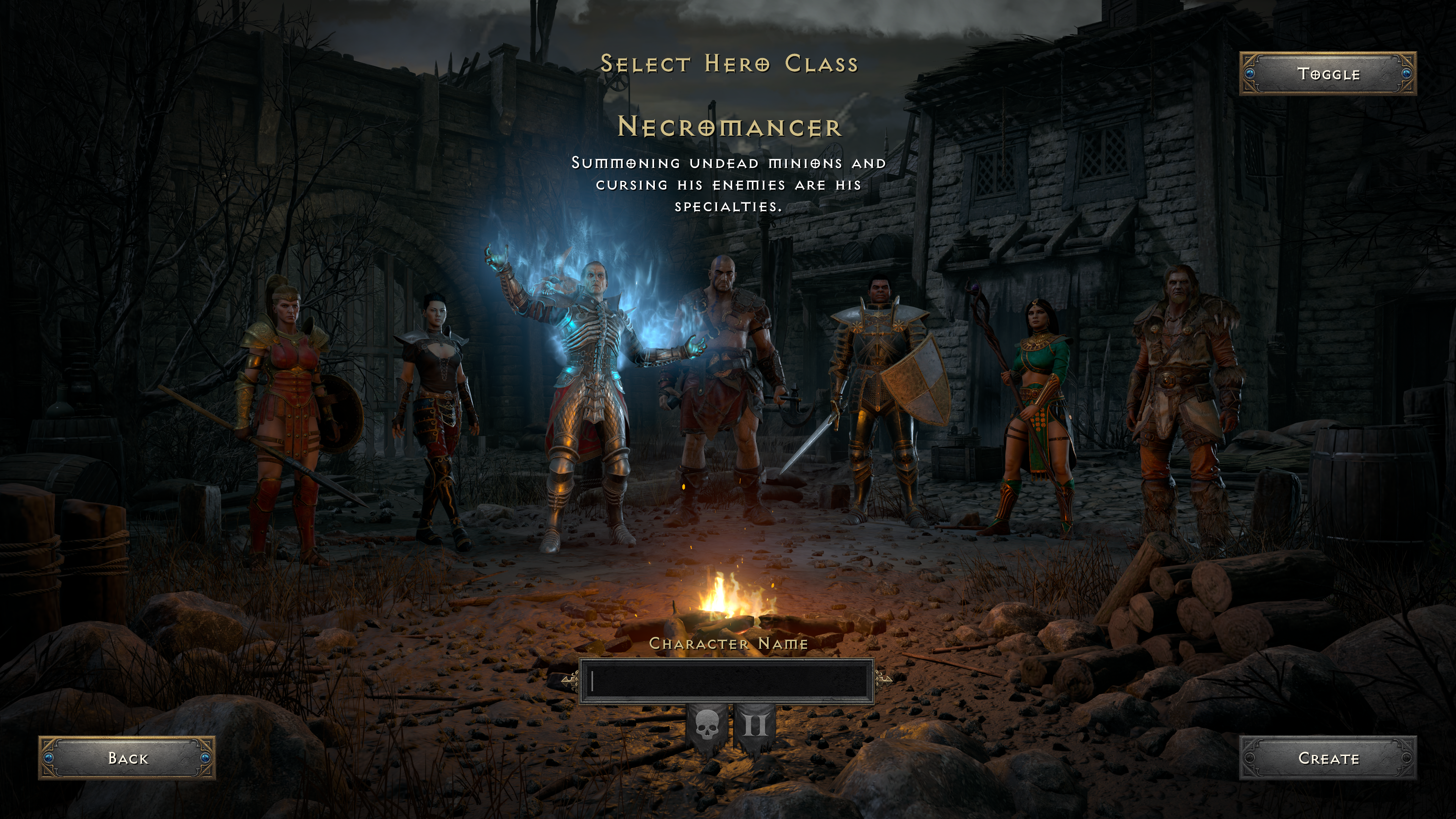 I spent a lot of time with my neighbourhood friends playing Diablo II. Coming back to it in 2021 is surreal and I’m having a hard time coming to terms with playing a remake. Graphically, Resurrected is stunning and I applaud the work Vicarious Visions has done to update visual fidelity to the current generation of consoles and PC. The mood is still grim, amplified by the resolution bump and the world is an anxiety-inducing nightmare scape. Thankfully, if you prefer the classic look Diablo II launched with, you can swap back and forth between the old and the new. Going from muddy browns and overly burnt red hues to a lifelike representation of the horror I remember is a nice visual flourish, giving a new sense of wonder to stop Diablo and Mephisto from returning to Sanctuary. I must say revisiting the story after more than a decade away is a blast from the past. The story beats you’ll come across hit hard and each act holding up even now. Act I in particular is still a perfect introduction to the series and newcomers will find an excellent introduction to the rest of the game. Each act continues to expand upon the last, opening more of the systems, gorgeous new locations and new enemies, revelations before culminating in For a game that was developed for PC and with a keyboard and mouse in mind, Diablo II: Resurrected finally brings the game to controllers. It wasn’t until much later when Diablo III launched that the developed implemented controller support. Trying to acclimate to using a controller after years of playing sitting at a desk over a computer wasn’t the easiest task, but I can’t stress how much I now prefer using a controller over a keyboard and mouse. Given that the team working on the remake adjusted the level of accessibility, it’s now easier than ever to play the campaign. 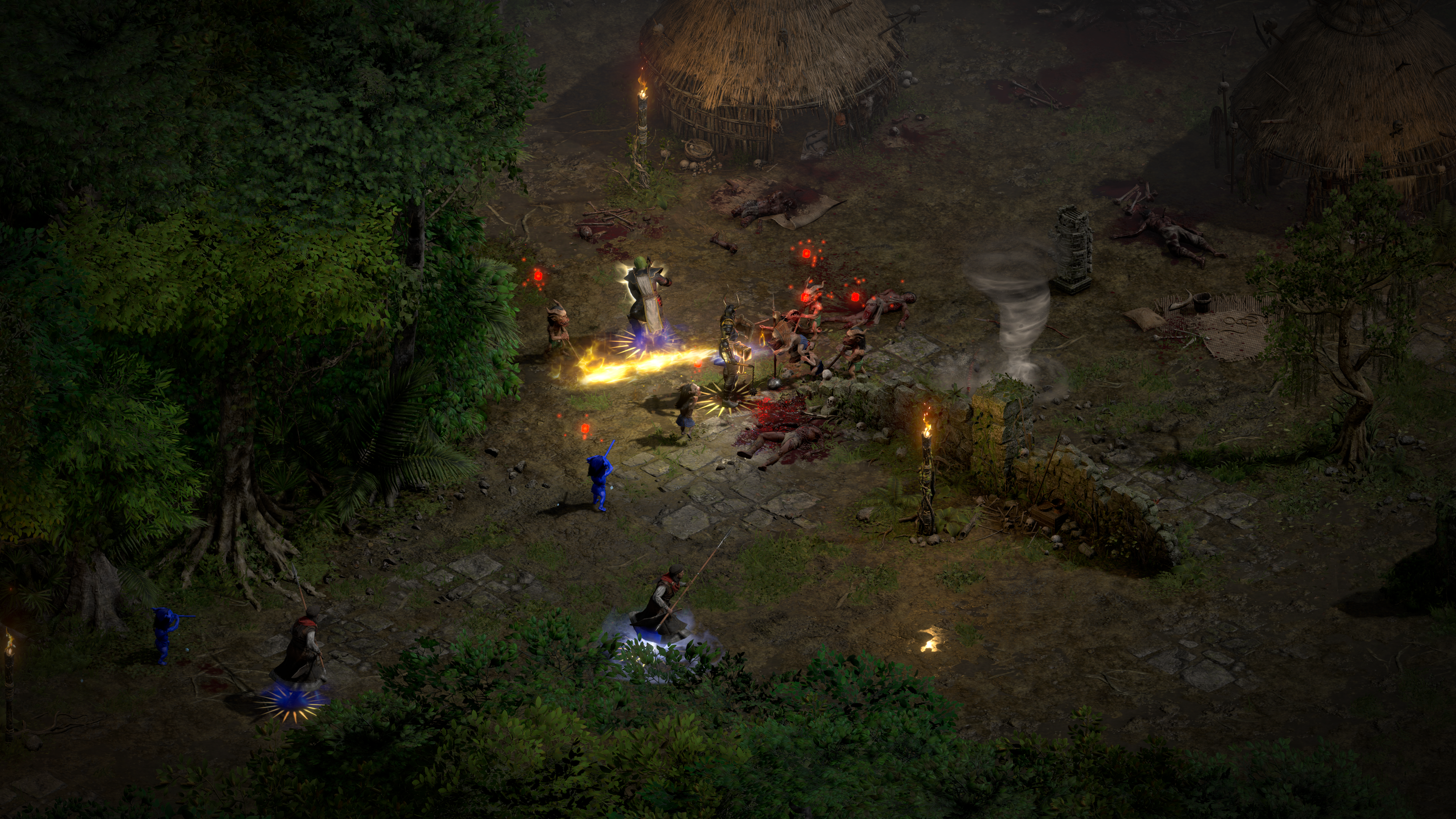 To not mention the option to auto-loot gold is a welcome addition to the game. You can still click on gold if you want to go old school but having one less thing to worry about when deep in a dungeon run is always something I’ll support. Let’s not forgot the addition of a shared item stash — no longer are mule characters needed to hoard your gear. I can’t think of a bigger gameplay adjustment than this but it’s one I’m going to have a lot of fun using in the future. Performance-wise, the retro graphics are as janky as ever, everything I remember is there and it’s nice to see the classic graphics available on-demand. However, it’s easy to enjoy the new accompaniments offered to players returning to the game or newcomers alike. Playing solo is smooth and it’s fun but finding a co-op partner and working together is still my preferred way of playing Diablo II: Resurrected.

While Vicarious Visions has plans for post-game content in the future, as of now we don’t know exactly what they are planning. Diablo II: Resurrected launched with no ladders enabled, which boils down to the game’s competitive multiplayer component. We know that there are plans to bring them but rumbling indicates that this wasn’t enabled to prevent Battle.net servers from being overloaded. Ladders add multipliers to the campaign, culminating with a clean character slate. Obtaining and using Runewords is still a fun way to mix up the gameplay, however, you need to be sure of your choices given that once the Runeword is used, it’s gone forever. 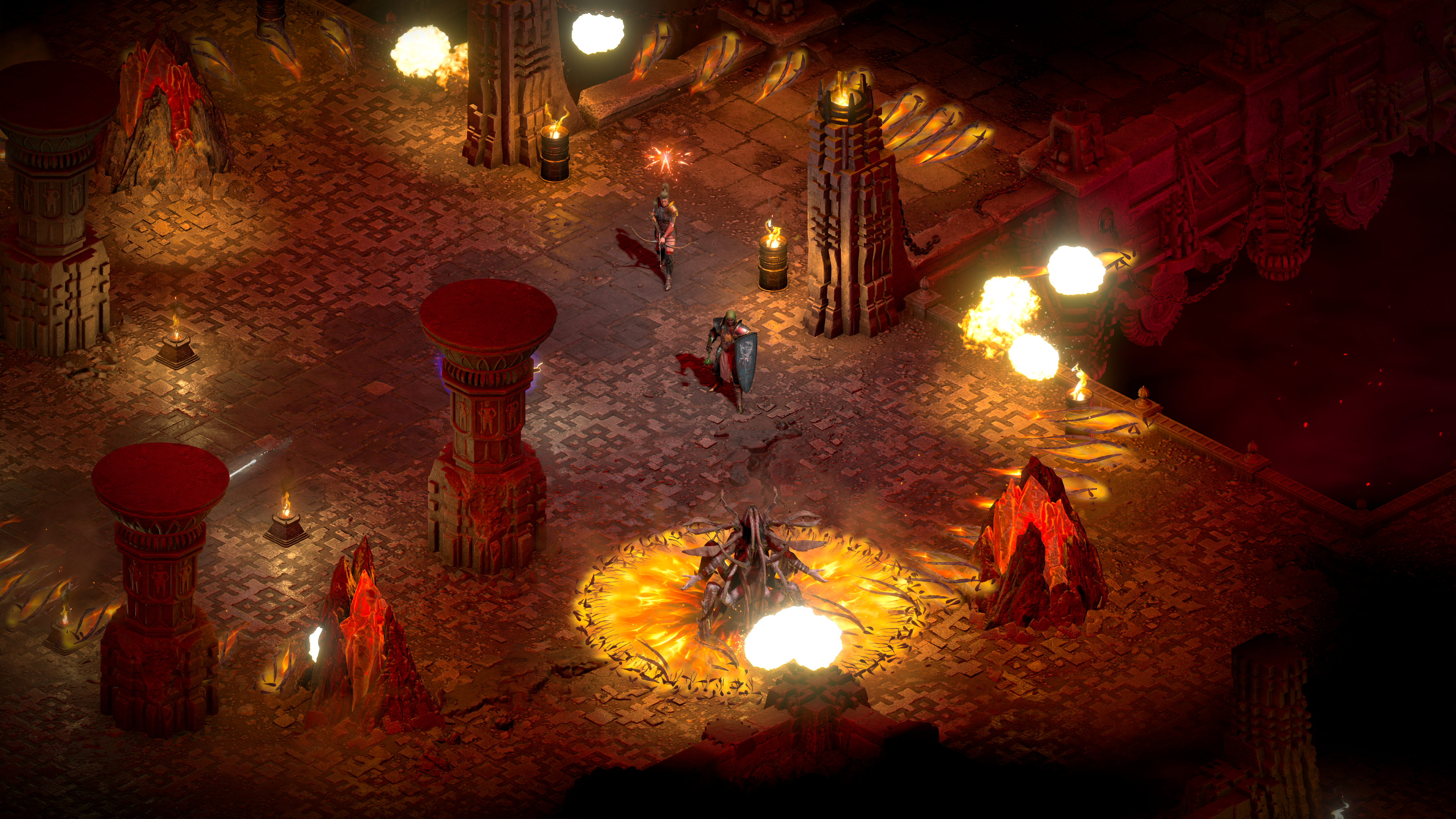 Diablo II: Resurrected is a great way to step into the past but not without issues. The graphical improvements do wonders to the experience and the level of accessibility are some of the best quality of life improvements. However, playing the game is like being firmly stuck in the past, a time where a lot of systems had no flexibility and things were designed to be rigid. This is the definitive way to play Diablo II.