When Detective Pikachu was first announced I was a tad skeptical of a talking Pikachu. Other than Meowth from the television show, Pokémon in general, are not supposed to talk like humans. What would this Pikachu sound like? Surely cute and adorable? Not quite. Detective Pikachu is about a talking Pikachu that works alongside the main character of the game, Tim, to solve mysteries. It is an interesting set-up and a game that I was looking forward to playing since it was first announced for release in North America (it was released in Japan on February 3, 2016). On top of all that the game is scheduled to be turned into a film and slated for release next year. Surely this must be a great game then, right?

The game takes place in Ryme City where a talking Pikachu bumps into a boy named Tim Goodman. There are strange things happening around the city as Pokémon are acting all weird. In the first chapter, you are tasked with a mission to retrieve a girls necklace and need to look for clues and hints in order to solve the crime. Afterward, the game ups the mystery and Tim finds out his father is missing. He then sets out with Pikachu on a mission to find his Dad. The story is one of the best aspects of the game and always had me thinking about every little detail in the chapters to see if there was a piece in the puzzle to finding Tim’s missing Father. 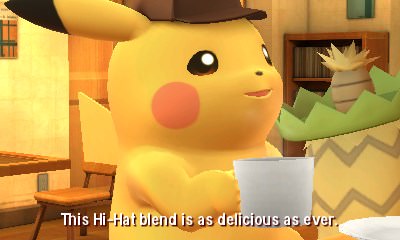 While the story was engaging the actual gameplay was underwhelming. The puzzles that you need to solve are fairly simple and the way you navigate to find clues is not that fluid. There were some instances where I would walk right through a person or Pikachu would do the same. The dialogue as well, when talking to other characters or Pokémon, was a tad dull and boring. Most of the time I would try to just skip through it without caring to read what it would say. However, the one thing that the game had going for it was its cutscenes. This is especially true for the Pokémon in the cutscenes as you could see the Pokémon interacting with the environment around them. The voice acting was top notch and especially true for detective Pikachu whose voice grew on me as the game progressed. Hearing a raspy and rugged voice come from such a cute Pokémon was endearing. 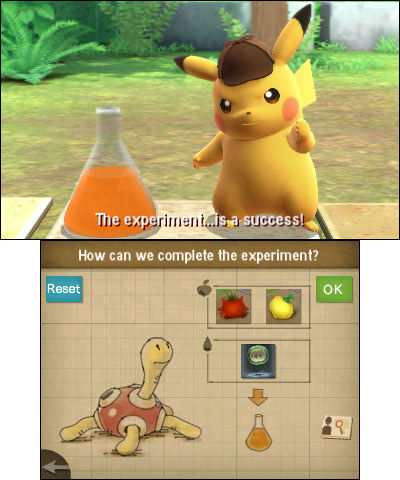 With the incredible cut scenes and voice acting it almost felt like I was watching a movie instead of playing a game. There is very little veering off of the main game plot and it is as linear as a game you will ever play, thus making the game not fun to play through the second time around. The environments you solve crimes in are on the small side and don’t have much to interact with and you will constantly find yourself finding clues in the game and interacting with people and Pokémon over and over again to see if any new dialogue options have popped up. This makes it a little tedious to have to talk to the same person multiple times. 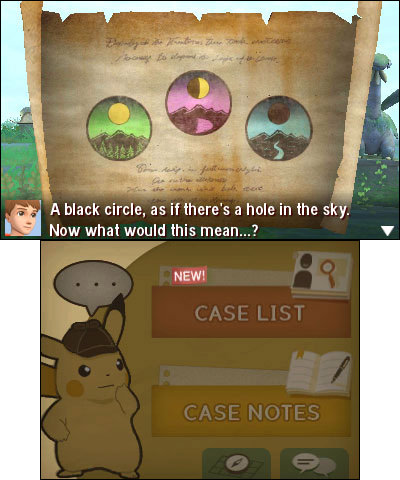 Detective Pikachu is not for everyone. If you love Pokémon, then you will want to pick this game up, as the in-game cutscenes of Pokémon are incredible and the game does a good job of catering to Pokémon fans with small details of the Pokémon in the game. If you have never played a Pokémon game, or are not into the Pokémon craze, then this game might not be for you. Overall, detective Pikachu was a great game but left room for more to be desired. More difficult puzzles, a less linear plot and better gameplay mechanics would have been welcomed but the great story and second to none cutscenes made up for it.