When Lucid Games decided to delay Destruction AllStars from the launch window to February, it was a shame but the right decision. Like with every new console launch, the selection of games available is pretty slim. It’s nice to see Sony being preemptive and it’s nice that they decided to add the game as a freebie for February.

Right up to launch week, we saw little of Destruction AllStars. We knew about the modes, what to expect, but no gameplay. Then we got the State of Play from Lucid Games and it showcased what to expect this week.

After spending time playing Destruction AllStars, I’m convinced we’ve played it before. That’s not a bad thing at all, as it’s a familiar car battler that’s been a staple on PlayStation for decades. But, the good thing is that it’s also a new take on the genre and that’s enough to justify check the game out for yourself.

Destruction AllStars has more in common with both Burnout and Destruction Derby – you’ll feel at home. It’s also chummy with Rocket League offering a similar level of competitiveness. It isn’t like Twisted Metal or Vigilante 8, which in all honesty have been missing for far too long from consoles. 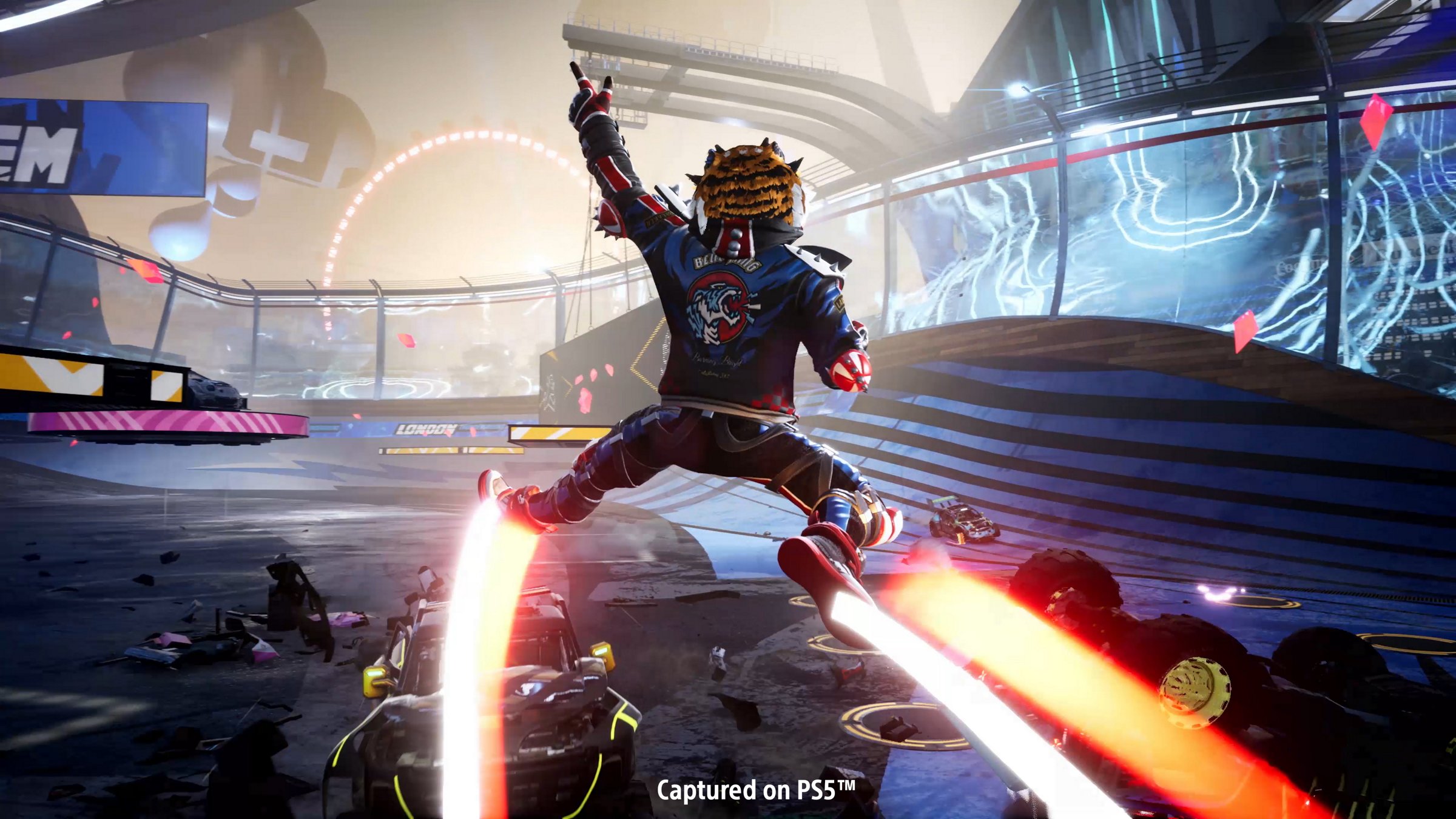 There are four modes in Destruction AllStars. The first is Mayhem. In Mayhem, you’ll see it as a classic deathmatch, playable in both scrolo (their words) and teams. You’ll deal damage and wreck as many opponents as you can in the time limit. The idea is to get the highest score by smashing other cars and running over other players. Next up is Carnado both playable solo and with a team. The idea centers around risk and reward to earn Gears by wrecking enemies. You’ll sacrifice your vehicle by driving into the Carnado to earn points, and on foot, steal cars or get a new vehicle.

Gridfall starts with 16 players and you’ll need to stay alive to win as only one will emerge as the victor. You’ll wreck enemies and knock them off the edge of the map while trying to stay alive. As players get wrecked or knocked out, they’ll trade a respawn to get back in the game. If you run out of respawns, you’re eliminated! The winner is the last AllStar standing. 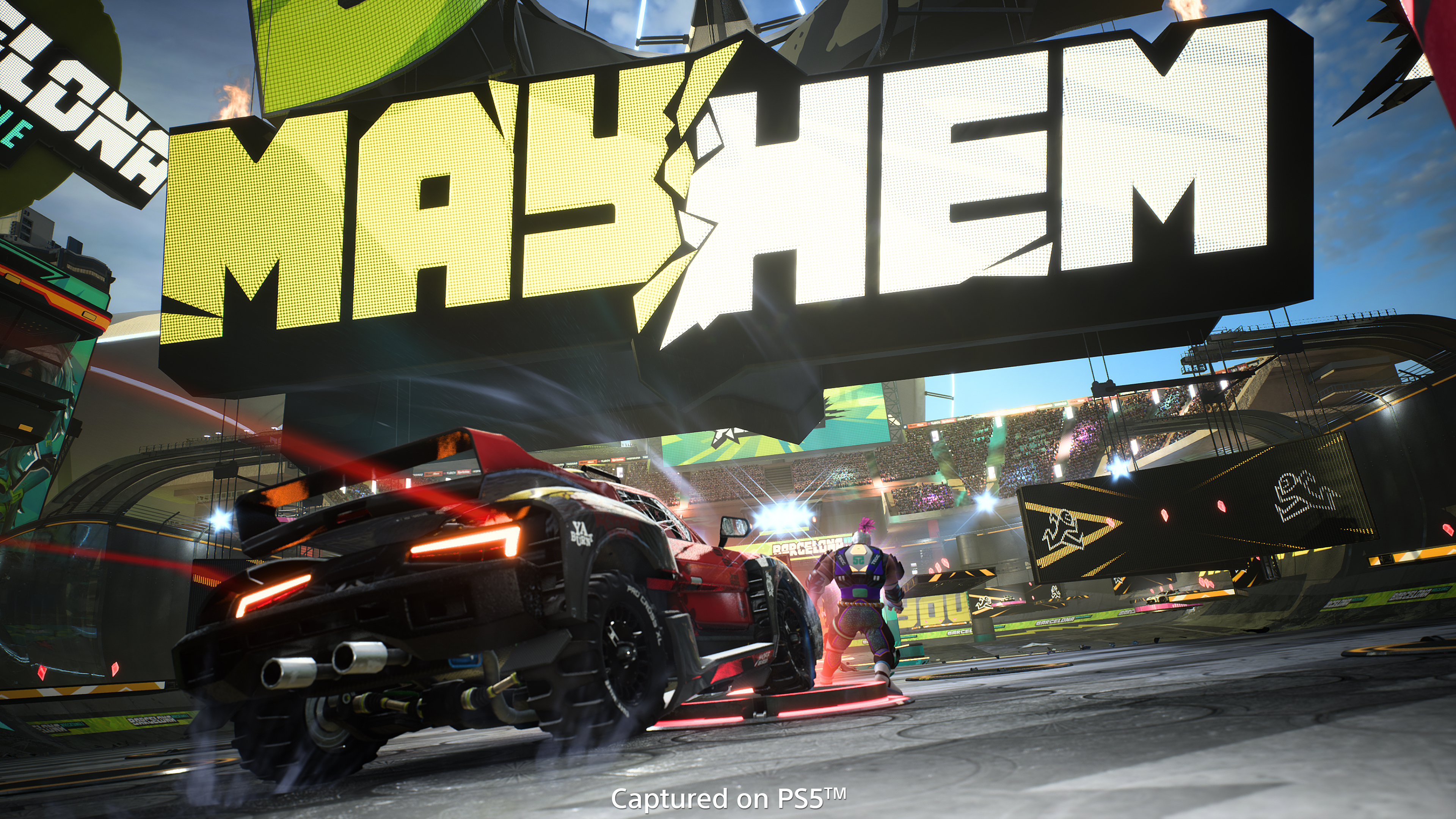 Microtransactions aren’t worth the purchase

The final mode is Stockpile is Destruction AllStars take on capture and control. It is a team-based mode where you’ll wreck and knock out opponents, causing them to lose Gears. You need to get out and on-foot gather the Gears and run through a gauntlet located at three points around the map. This is a battle for bank ownership, the team with the most banks at the end of the game wins.

There are cosmetics you can buy in-game using the in-game currency. Lucid Games envisions Destruction AllStars as a live-service title. Players can buy cosmetic items for their drivers. I’m not one to invest much energy into personalizing my character and I’m likely skipping out here too. It’s not fun at all and most items are palette swaps – nothing offered is worth picking up.

This brings me to the Destruction AllStars Challenge Series. Players are free to tackle Ultimo’s Challenge for free. At launch, there are three challenges available with more planned down the road. These challenges are basically single-player content that focuses on two rival characters. However, if you want to continue playing with Genesis and Lupita, you’ll need to pony up real money to play these challenges. It’s a bit of drag having these challenges gated behind microtransaction but the game is launching bare-bones as it is, now isn’t the time to be locking content away from newcomers. 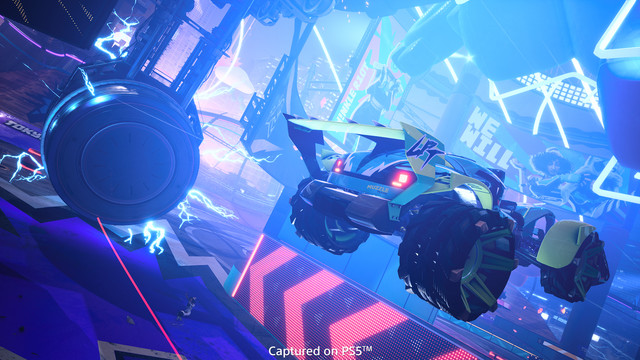 Furthermore, Destruction AllStars does a great job at utilizing the PlayStation 5. The game is gorgeous and getting into matches is easy and quick. I enjoy the DualSense implementation, too. Each vehicle uses unique feedback with the DualSense. You also feel each hit your car takes and delivers, to great effect. But that isn’t enough to keep me invested in the game.

There’ also intrusive voice chat that switches on each time you start a match. It’s been a talking point this week as there’s a ton of negativity in each match and it’s bothersome. And because Destruction AllStars switches on the DualSense’s mic, you’re left muting everyone. Lucid Games is working on addressing the situation but it’s a bummer at the moment. 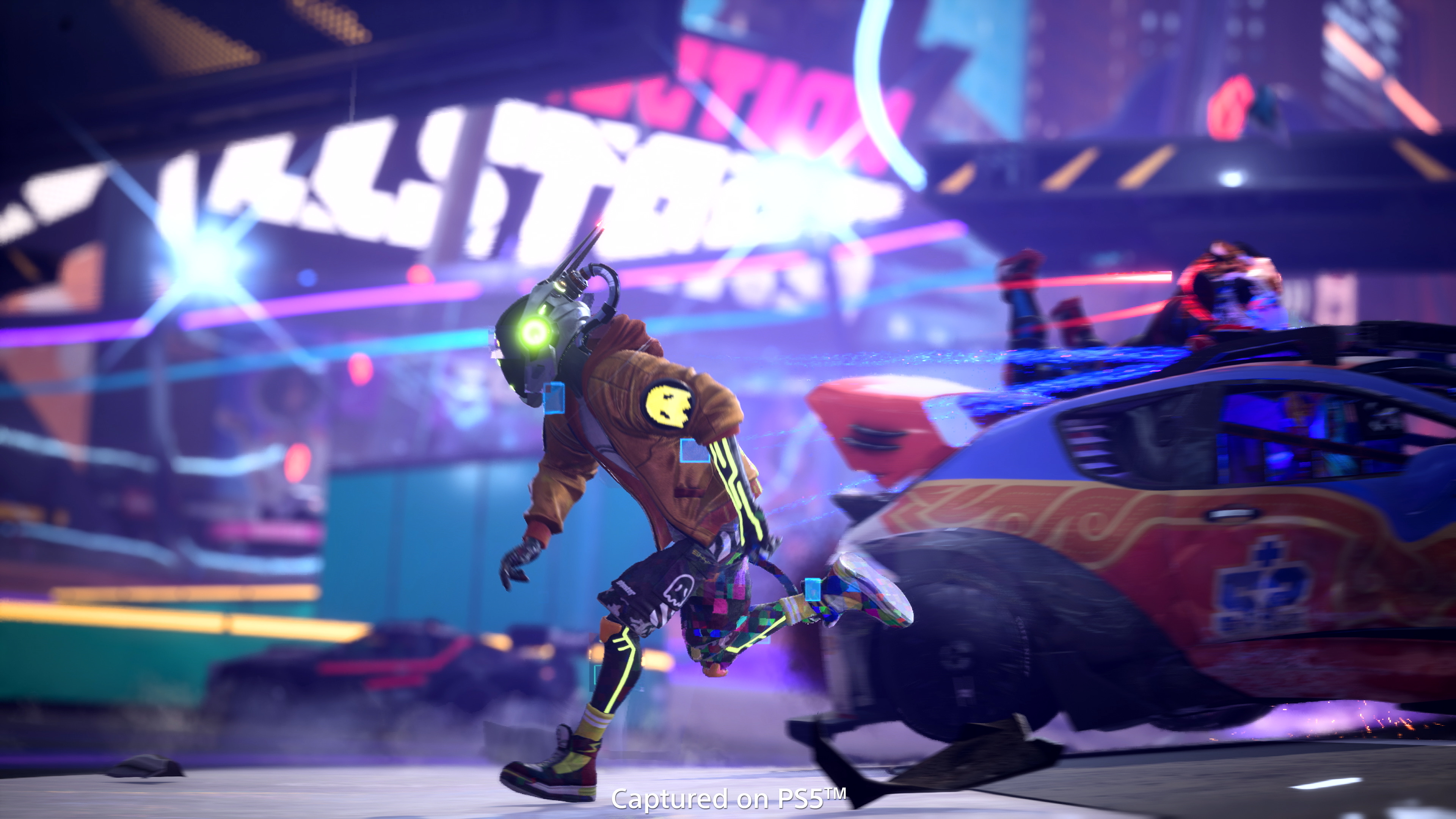 Destruction AllStars is fun but it’s best played in short sessions. I love the moment-to-moment gameplay but it isn’t enough to keep me invested for more than an hour at a time. Driving and vehicular combat are a ton of fun and often enjoyable but the minute you get out of your car, you begin to see the cracks in gameplay. There is potential here and the world and characters are neat. But the developers never seem to elevate the gameplay from good to great.