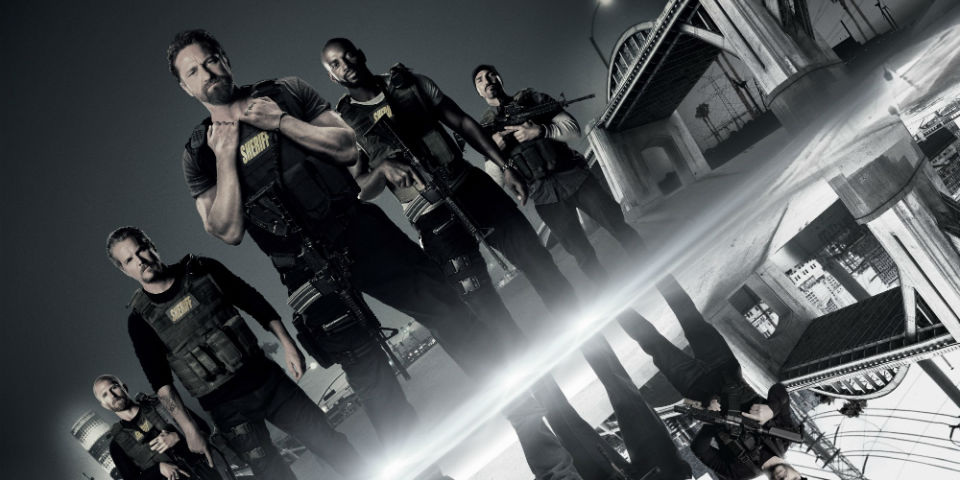 It’s safe to say that Gerard Butler has been in a number of stinkers over the years. Sure he was in 300, and he was great as the Spartan King Leonidas, but what has he been in lately that’s been of note? Geostorm was a mess and let’s not even bring up Gods of Egypt. Now when Den Of Thieves came across my radar I thought ‘Oh boy another Gerard Butler flick’, when in actuality this film is one of Butler’s best films in years. Den Of Thieves hit theaters back in January of this year and was met with some pretty mixed reactions. Christian Gudegast’s directorial debut film tells the story of the Bank Heist capital of the world, Los Angeles. The film opens with a statistic stating that 2,400 banks get robbed a year in Los Angeles, with heists occurring every 48 minutes.

In my opinion, a film like this requires a good amount of action for it to be successful. Den Of Thieves definitely delivered as it was fast-paced from the get-go, grabbed my attention, and barely let go for the two-hour ride. The balance between testosterone-fueled shootouts and tense heist scenes were great. I need to give Den Of Thieves props for doing something that these kinds of movies rarely do, and that is take their time to develop the characters. Character development is insanely important in any world of media, whether it be an adrenaline-junkie popcorn flick like this or a dramatic Oscar-bait type movie. Without developed characters, the climax and payoff will be worthless because you don’t care about the characters, therefore, you don’t care if they win or lose, live or die. The two more developed characters in the film happen to be Butler’s alcoholic cop character, Nick O’Brien, and Enson Levoux played by Curtis ‘50 Cent’ Jackson. Both characters are provided reasons why their characters do what they do. In O’Brien’s case, it’s his failing marriage and his daughters. Levoux has a family of his own as well. Two men, opposite sides of the law but with similar goals and convictions.

One of my only motivations to watch this film was the fact that Pablo Schreiber is one of the main stars. Schreiber has been incredible in everything I’ve seen him in (American Gods, Orange Is The New Black) and he certainly did not disappoint in Den Of Thieves. In the film, he plays the ruthless and cold leader of the Heist team. Someone you can get chummy with but he won’t hesitate to put someone down if they get in the way of him achieving his goals. As I said earlier, Gerard Butler’s performance is probably the highlight in this film. After seeing him in trash movies for the past few years it’s great to see him shine in a roll again. He brought a certain humor to the film but also wasn’t afraid to make a scene tense or outright uncomfortable.

While the action was there, and it was consistent, there were a few parts that lulled a bit and, I feel, messed up the flow of the movie. These scenes can be unnecessary that didn’t really need to be in the film such as Gerard Butler interrupting (he interrupts a lot in this movie) a dinner party his wife is attending. This scene drags out quite a bit and isn’t very important to the movie at all, just instilling that he’s destroying his marriage (which we already knew). Getting rid of scenes like that would have probably helped the movie escape my next judgment. The movie was TOO LONG. These movies are great when they’re an hour and a half to two hours tops. This movie clocked in at just shy of two and a half hours, which is way too long for a movie like this.

Lastly, this movie tried to pull a fast one in the last 15 minutes and set up this huge twist ending. Now usually I’m a fan of twists, this twist however just didn’t quite pull it off. The twist ended up falling flat on its face and made the ending a convoluted and confusing mess. I see what they were trying to do, and that’s set it up for the sequel that’s already been announced. Luckily the special features include an alternate ending that hints at the twist but doesn’t outright mess up the ending.

In today’s world of non-stop movie releases and short attention spans, there’s a good chance most of the movie watching audience is going to ignore Den Of Thieves. I don’t blame them, just by looking at it looks like one of those schlock, copy and paste movies that get released ten times a year. But this is a perfect instance of don’t judge a book by its cover. Den Of Thieves, while nowhere near as successful as a movie such as Heat, was fun to watch and offered everything a heist movie should; fast-paced action, loud shootouts, and heist scenes that will have you at the edge of your seat. I’ll even give it bonus points if it revives Gerard Butler’s career.