I spent over a month locating a copy of Demon’s Souls in 2009. At the time, the new, unfamiliar Soulsbourne genre wasn’t even a thing and I had no idea just how difficult From Software’s new game would be. I had been with a huge case of FOMO and reading reviews while watching gameplay left me anxious – I needed this game in my life and it was impossible to find anywhere in Canada. No store had it, the digital market space was nowhere near what it is today and my only options were to continue waiting for a physical copy at a local EB Games or to import the same copy from Japan. If you guessed that I imported a copy from PlayAsia, you’re right. I spent over $120 in 2009 to get this hot ticket item to my door, and the duties from Japan were worth every penny.

Hearing that Bluepoint Games was in charge of remaking Demon’s Souls was exciting to me. Coming off their impeccable remake of Shadow of the Colossus, the Texas-based studio could do no wrong in my eyes. Sony had enlisted them to work on another iconic title that fostered a new genre in video games, and one that’s been firmly left in the past. What the studio did for Team Ico’s masterpiece, I was convinced would happen for From Software’s bright gem. And on November 12, I was proven right thanks to Bluepoint’s masterwork tightening the experience and delivering one of my favourite game’s in the genre to newcomers on new hardware.

And I can’t think of a more fitting game to launch new hardware, Demon’s Souls offers everything you would need. It’s got that brutal, familiar combat, the harsh, dark world where uneasiness lies in every corner. The world of Boletaria is unforgiving but also welcoming, and the harsh landscape offers a masochist all they’ll ever need. Making your way through The King’s Tower, walking past the Shine of the Dragon God, or attempting to best the Storm King in the Altar of Storms feel familiar and hit as hard as they did the first time. However, thanks to all the work from Bluepoint, the world feels much more alive and menacing, adding another layer that sends shivers down my spine. 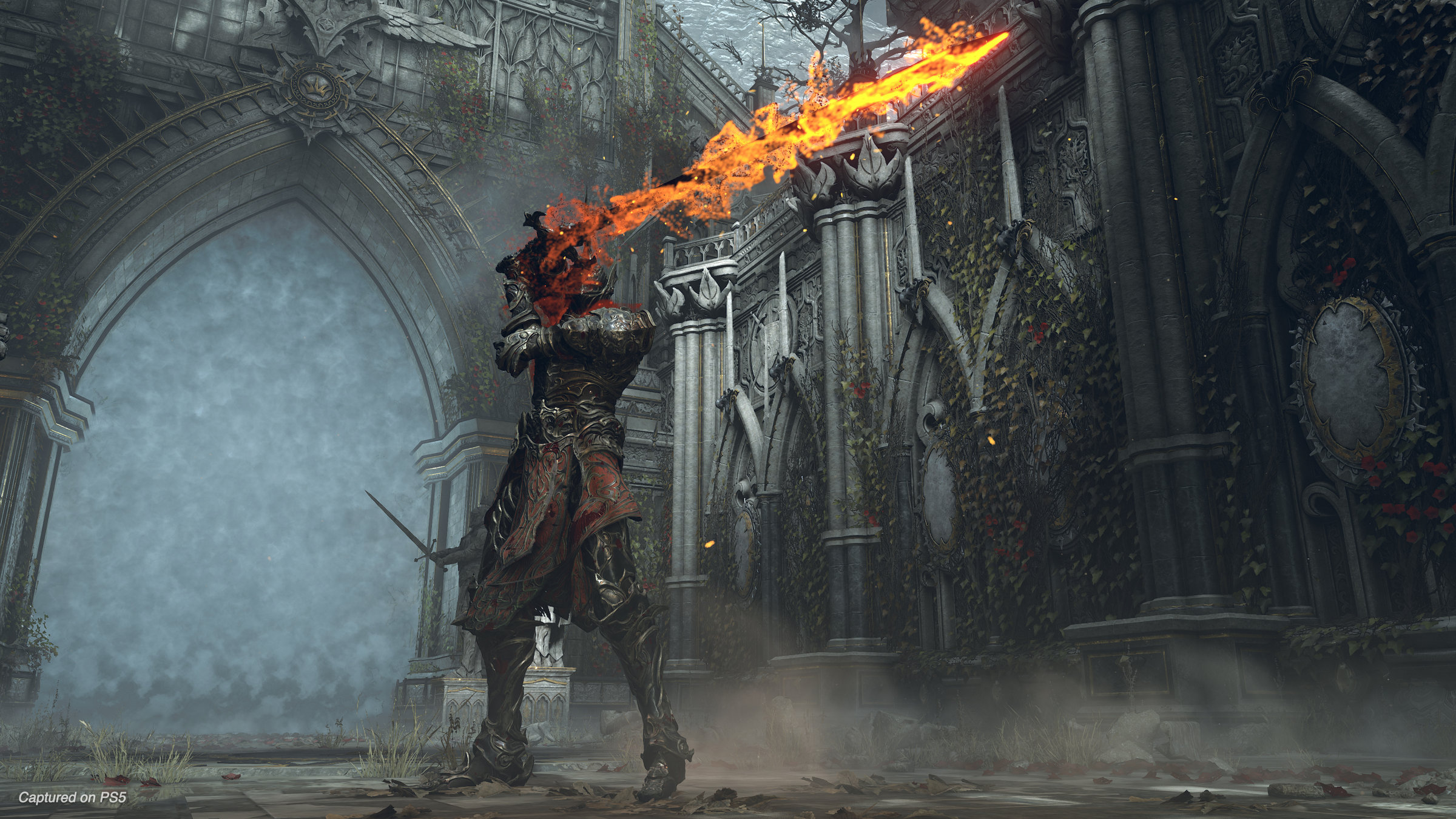 Many of the things you love about the Soulsborne genre began with Demon’s Souls. That familiar dance of deliberate wandering through the unknown, down into the darkest crypts and up into the tallest spires. Sure, Dark Souls may have improved on the formula but it is here that it all began – learning how to best an enemy, acquiring their essence, improving your build, leaving asynchronous messages of warning or trickery, and even invading other players and taunting them mercilessly.

Starting with the much-improved character creator, you’re free to make a character that resembles yourself or pretty much anyone you can imagine. On PlayStation 3, the character creator was known for its hideous permutations of whatever you spat out. Sure, there were lots of sliders that allowed you to tweak so many aspects of your virtual representative but most (if not all) characters were abhorrent and looked off, the saving grace was donning a helmet to cover your face. In 2020, this is no longer the case thanks to the improved creator that makes me want to invest an hour into perfecting my character.

The thing is though, this is the tip of the iceberg of improvements. Thanks to almost a decade of technology innovation, and I commend Bluepoint on improving the cumbersome details the original was bogged with. My favourite improvement is the snappiness of the new SSD powering the PlayStation 5, which makes dying less of a chore. And, Archstone now works as fast travel which falls more in line with the experience Dark Souls offered. Bluepoint’s awareness of the original’s unwieldy backtracking and time-consuming loading screens paid off in spades here, making things far better. And I haven’t mentioned how brilliant the sound design is thanks to the 3D audio the PlayStation 5 offers. You’ll find yourself being sucked into the world of Boletaria when you use a pair of headphones and it is clear the level of care that went into developing this experience is crucial to the essence of the experience. Being able to hear what’s lurking around a corner or in a stairwell or the distance prepares you for the inevitable showdown and you’re able to detect not only the distance but the direction and whether a sound is above or below you.

Continuing, the level of immersion the DualSense offers is my favourite across the entire launch lineup. Every action you perform is accentuated by haptic feedback from the controller. Walking through the dense, frightening fog is met with the must subtle rumble, or the swing of your sword hitting metal, or a barrel. Hearing the ferocious Red Ragon roar and feeling its anger in your hands is an experience, unlike any other game, has offered so far and it’s certainly the best example of what the PlayStation 5 can deliver to players. The familiar moments leading up to your first death against the Vanguard lead you to the Nexus, a hidden temple that binds the souls of Boletaria. It’s here you’ll meet inhabitants of the cursed kingdom, and it is here you can’t escape from. Using the Archstone’s to travel between the worlds, you’ll travel to the various biomes to defeat the Archdemons and steal their souls. It is here you’ll meet Blacksmith Boldwin, Stockpile Thomas and others to help you in your journey. Serving as a safe zone, you’re free to upgrade your character here and also their arsenal.

And while I adore this game to the end, the one aspect I’m still not fond of is the World Tendency In Demon’s Souls. In simple terms, this aspect of the game changes the world around you. Through your actions, the world shifts between white and black. In the beginning, you start neutral and the more good things you accomplish, the tendency shifts to white, the bad things you do turn the world black tendency. Each Archstone has its own World Tendency with both white and black offering pros and cons like white tendency offering easier enemies, more health, while black tendency throws stronger enemies at you but the payoff is better with items and souls. 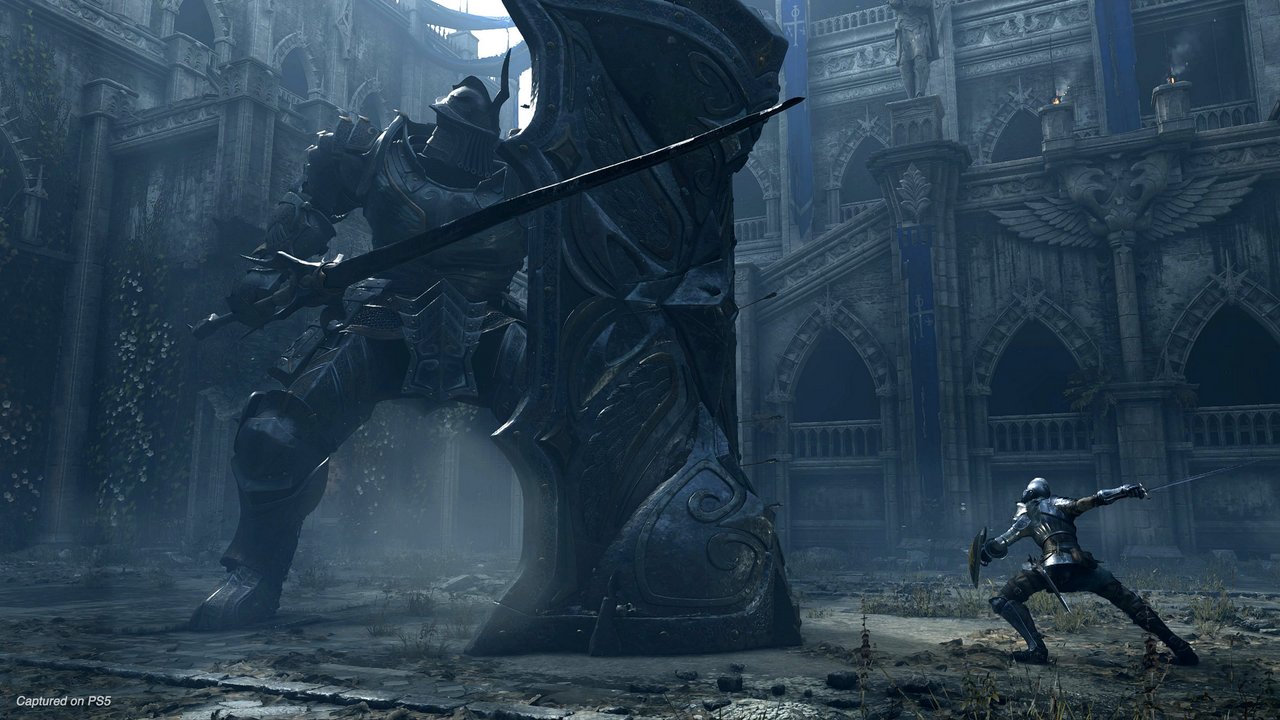 A lot of these elements are explained and even on PlayStation 3, I needed to continually check-in online to confirm whether accomplishing a shift was even worth it. My recommendation is to check online with others to see what the current status is and brush up on the mechanic that’s very vaguely explained within the game and whether it is worth doing through each world.

Bluepoint Games has once again done the unthinkable and delivered a game that builds on the original, making it better in almost every way. Paired with new hardware, y is astonishingly gorgeous and plays better than ever, thanks to the PlayStation 5 and all of the quality-of-life improvements that make this one of the best launch titles of all time. Demon’s Souls is still the dreary, gloomy game you remember on PlayStation 3; the remake is a testament to how sturdy the foundation of the game is and the compelling gameplay is as rewarding as ever.