How does Death end re; Quest 2 handle on the Switch? Five years on and my Switch has basically become a JRPG and port hotbed. I’ve purchased games I own on other consoles for Switch, for the sheer portability factor. It’s always the first thing I think of when purchasing anything on the eShop these days — can I play it on the go while I do enjoy playing video games on my television, nothing beats sitting on the couch or in bed with my console.

Idea Factory International and Compile Heart’s Death end re; Quest 2 is a port from the PlayStation 4. It’s got a neat mix of horror elements and is set in the town of Le Choara and is a mix of visual novel and JRPG. If that is something you’re into, then I know you’re likely going to continue to keep reading and learn whether or not this is a game for you.

Starring as protagonist Mai, you are set to attend Wordsworth Academy after the death of her father. After the events of the first game, Mai is now on her way to attend the academy, a place speculated to be haunted, in a town filled with mysterious events. The reason for Mai joining the academy s to find her sister who has been spotted in Le Choara but has since gone missing. It is here you’ll meet your party members Rottie Dollhart and Liliana Pinnata. 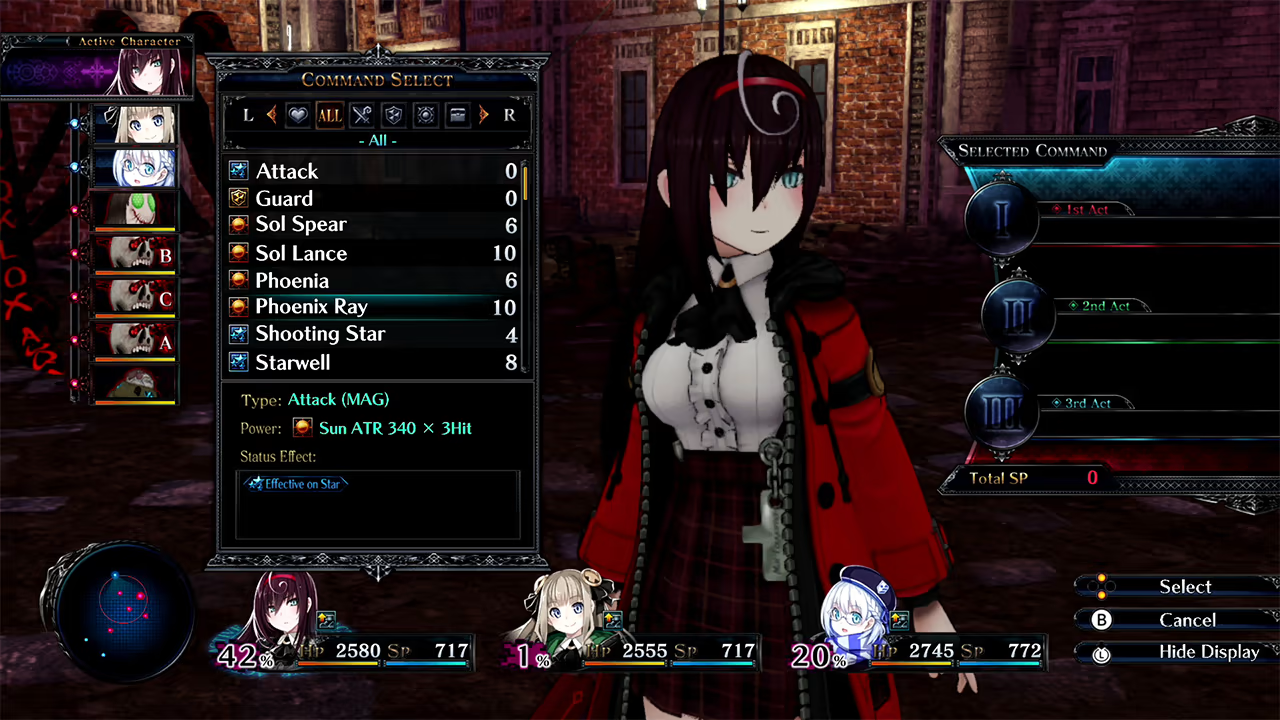 Immediately it’s noticeable that this place isn’t as it seems and there are a lot of things that make it hard to feel comfortable. So, it’s up to Mai, Rottie, and Liliana to investigate the school, which you’ll do through both day and night cycles. Exploration itself feels rather bland and it’s hard to really stay invested when the system is so rudimentary. During the night is where battles happen and are where I think I had the most fun with Death end re; Quest 2.

At night, Le Choara is not a place you want to be as it is full of horrors and dreadful monsters. The town seemingly changes to a hellish landscape after midnight and with your party, you explore Le Choara. I’d say this was where I had the most fun with this game — the battle system itself is pretty adept at combat and the ability to focus on buffs, weaknesses, and knockbacks often lead to exciting, challenging encounters. 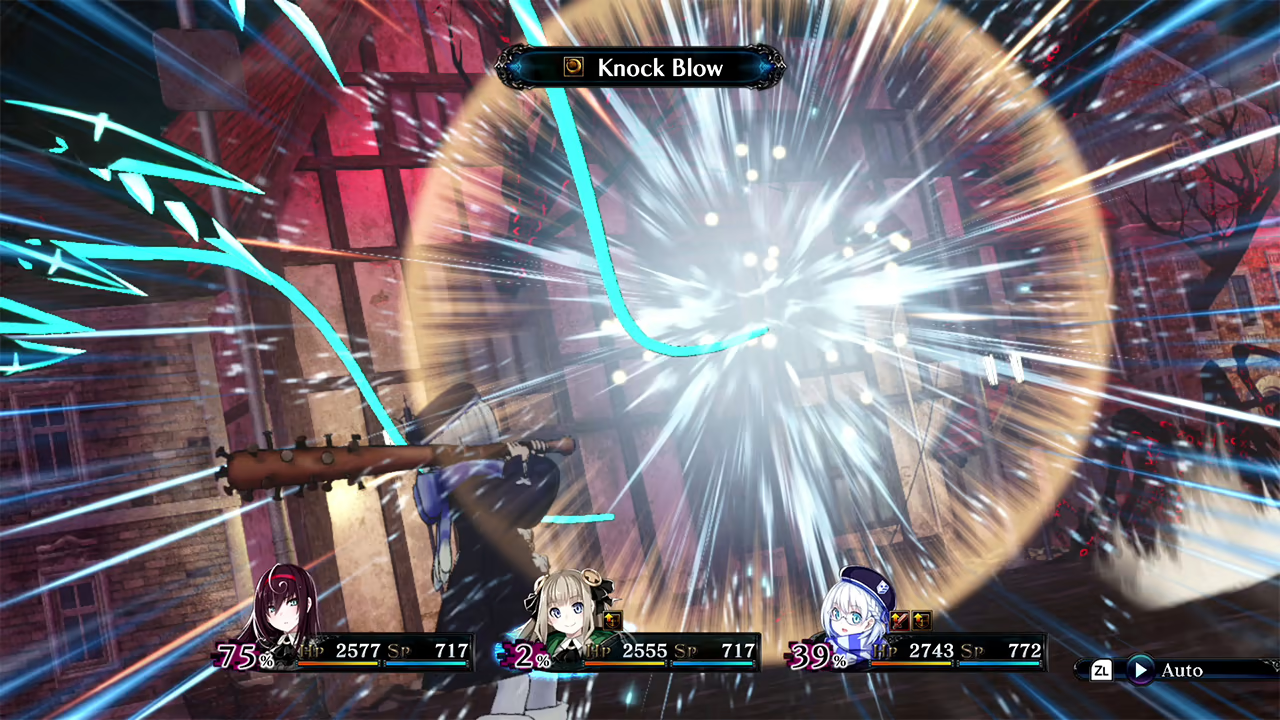 Battlefields are littered with Cursed Bugs that you need to keep an eye on. By moving your characters over a Cursed bug, you gain a buff to your stat and up your glitch percentage. Once you accumulate 80 percent or more glitches, you can unlock a more powerful form that deals devastating damage to enemies. Combat itself never feels particularly challenging but it’s fun and often works to make you feel like a powerful opponent, but there are the devilish Dark Shadow enemies that I felt posed a risk to Mai and company.

These are essentially stronger enemies denoted by a skull icon on the map. These enemies seemingly appear randomly on the map and will be the most difficult challenge you will face, but it’s never to the point of frustration and can be a great way to learn the battle system. 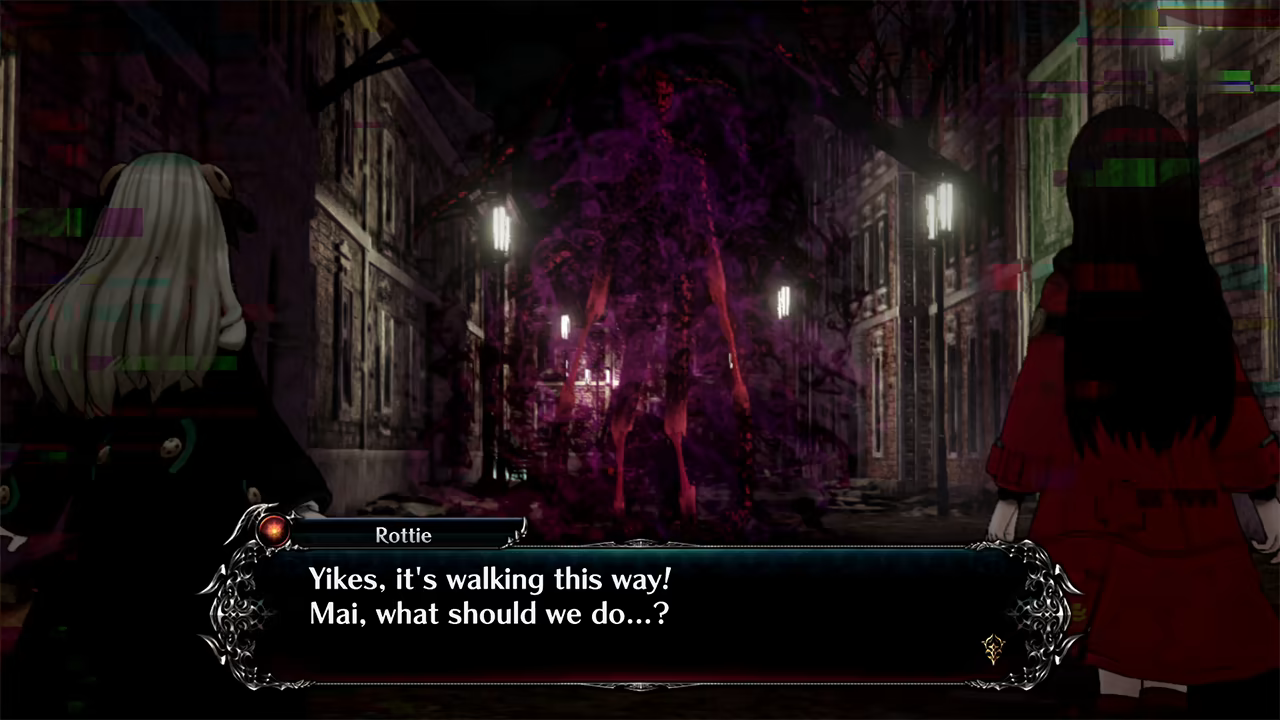 Being a port of a PlayStation 4 title, the are some discrepancies to note. I wasn’t a huge fan of how Death end re; Quest 2 looked on PS4 but what I did like were the aesthetics. On Switch, a lot of the visuals are downgraded to get the game to work on the hybrid console. Playing Death end re; Quest 2 in handheld mode feels like the most adequate way to enjoy the game and playing docked means you’re getting the frame rate to be stable. I don’t see how a game of this calibre can play so poorly but it’s hard to enjoy the port as it is. 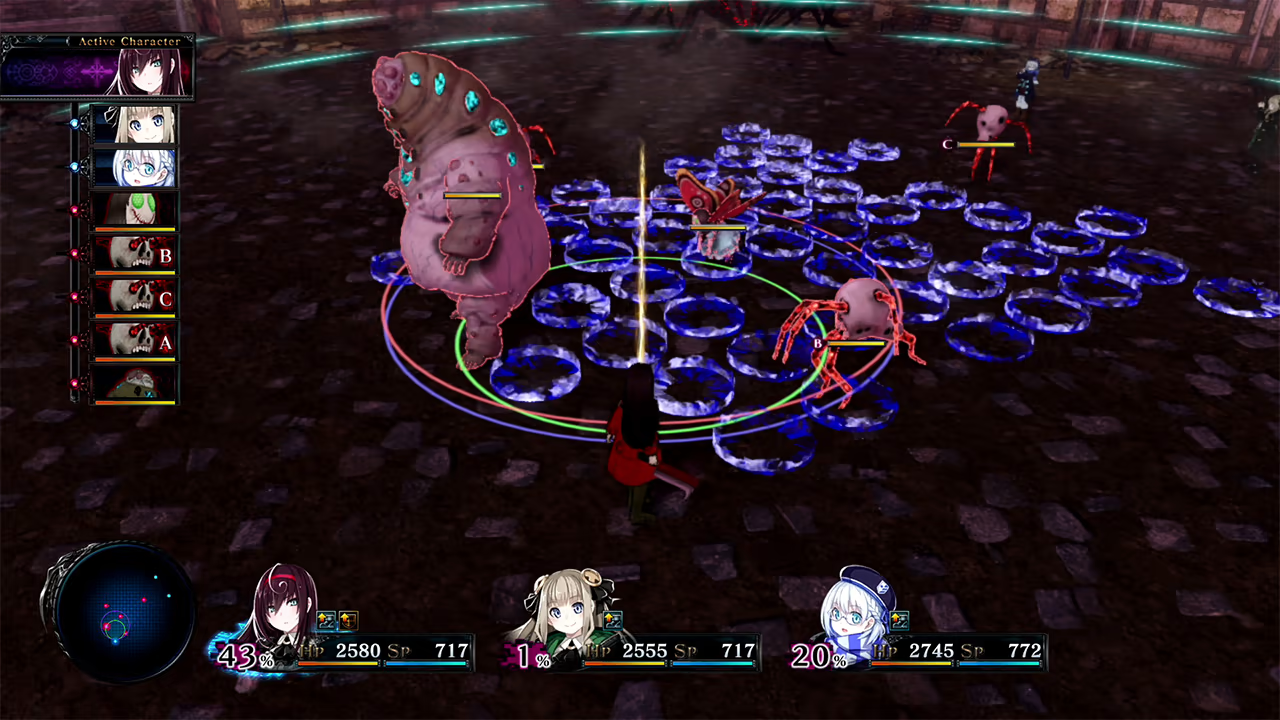 Death end re; Quest 2 suffers on the Nintendo Switch just as it did on PC. It’s hard to recommend a game that has so many issues a year and some change after launching. As an advocate for portability, trying to play Death end re; Quest 2 in handheld yields so many issues that it’s hard to really want to play this as it is. There is a better port available on PlayStation 4 that allows players to experience the game as it was intended. With framerate issues and less than optimal visuals on, the experience isn’t anything worth exploring if you’re looking to play Death end re; Quest 2.