Review: Dawn of the Monsters

Nowadays comic book heroes rule streaming services in what’s left of a largely decimated box office. But in Dawn of the Monsters, 13 AM Games takes the comic book style and uses towering kaiju, massive robots, and the crews that operate them as the world’s saviours. The game takes you around the world and lets you brawl your way through cities overrun with enemies and a mystery that unravels one mission at a time.

D.A.W.N. of the Monsters

It’s 2065 and not only has Earth had to deal with a climate catastrophe, but that also woke up The Nephilim, giant monsters who are destroying anything in their wake. It’s reminiscent of Godzilla and other kaiju stories you’ve seen before, complete with an Earth defence crew and an overseeing government entity that pays the bills. 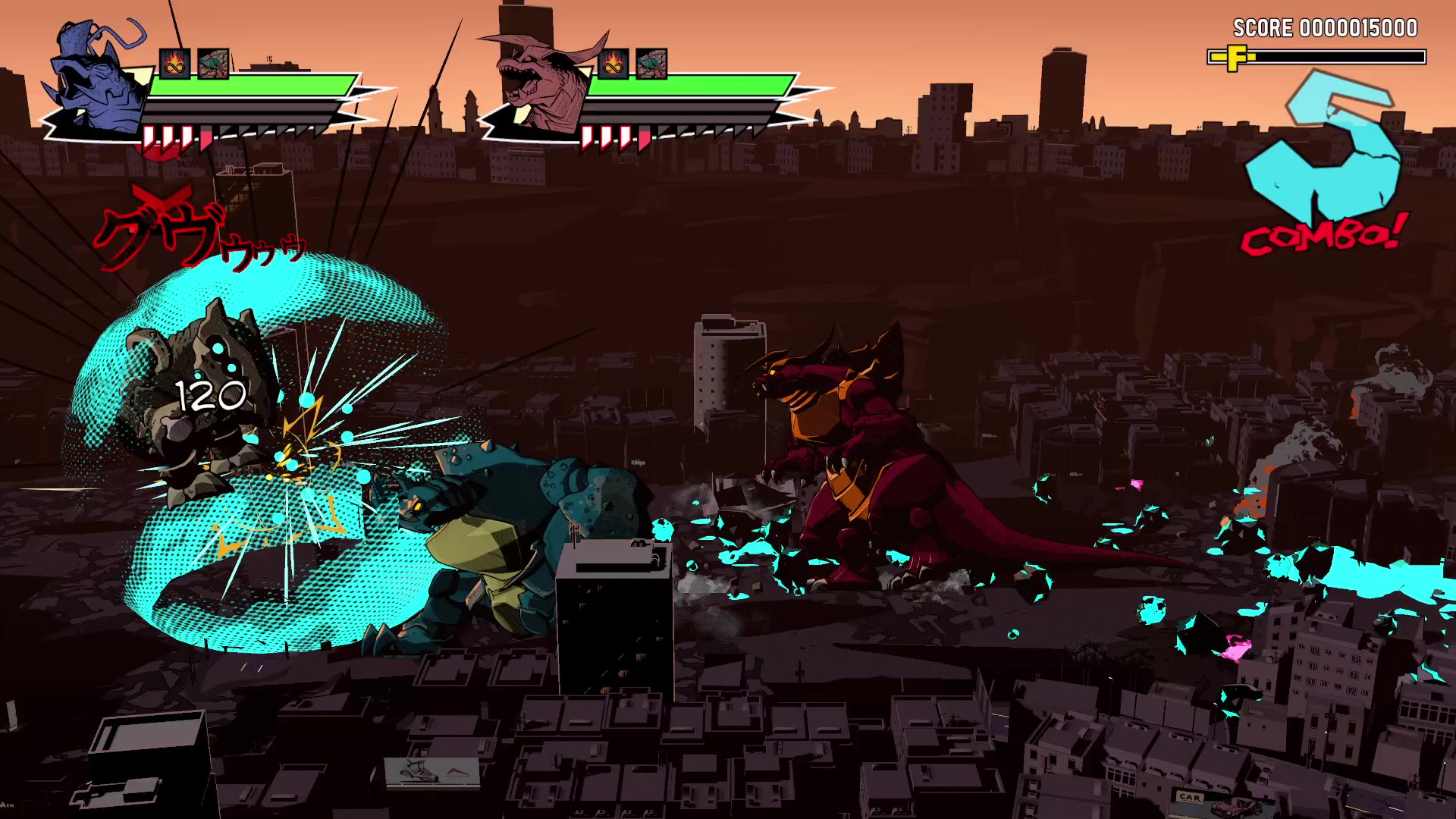 That’s the basic setup, but even though it is one we may have seen before, that gives Dawn of the Monsters room to elevate its characters. Jamilia and Eiji are the two human fighters with their own giant mechs, while D.A.W.N. (Earth, the Defence Alliance Worldwide Network) has its own two kaiju it operates on the good side. One of those has a familiar look and feel to Godzilla, while the other is a giant crab.

The story unfolds one mission at a time, as you work with scientists and doctors on board your ship to uncover a potentially hidden past and what that could mean for the foes you’re currently facing, and ones that may be coming soon.

Dawn of the Monsters starts in 13 AM Games’ hometown to Toronto, before moving you to other major cities around the world where Nephilim activity is spiking. Above, you can see the tail end of my playthrough in the first chapter as I fought enemies and played as several different characters.

You play as one of four giant heroes, each with its own unique look and fighting style. I never felt like I was forced to play one over another, but I also found myself changing who I used quite a bit, simply because it was fun. Dawn of the Monsters uses a combo system and each fighter will require a different approach in order to maximize their damage output. 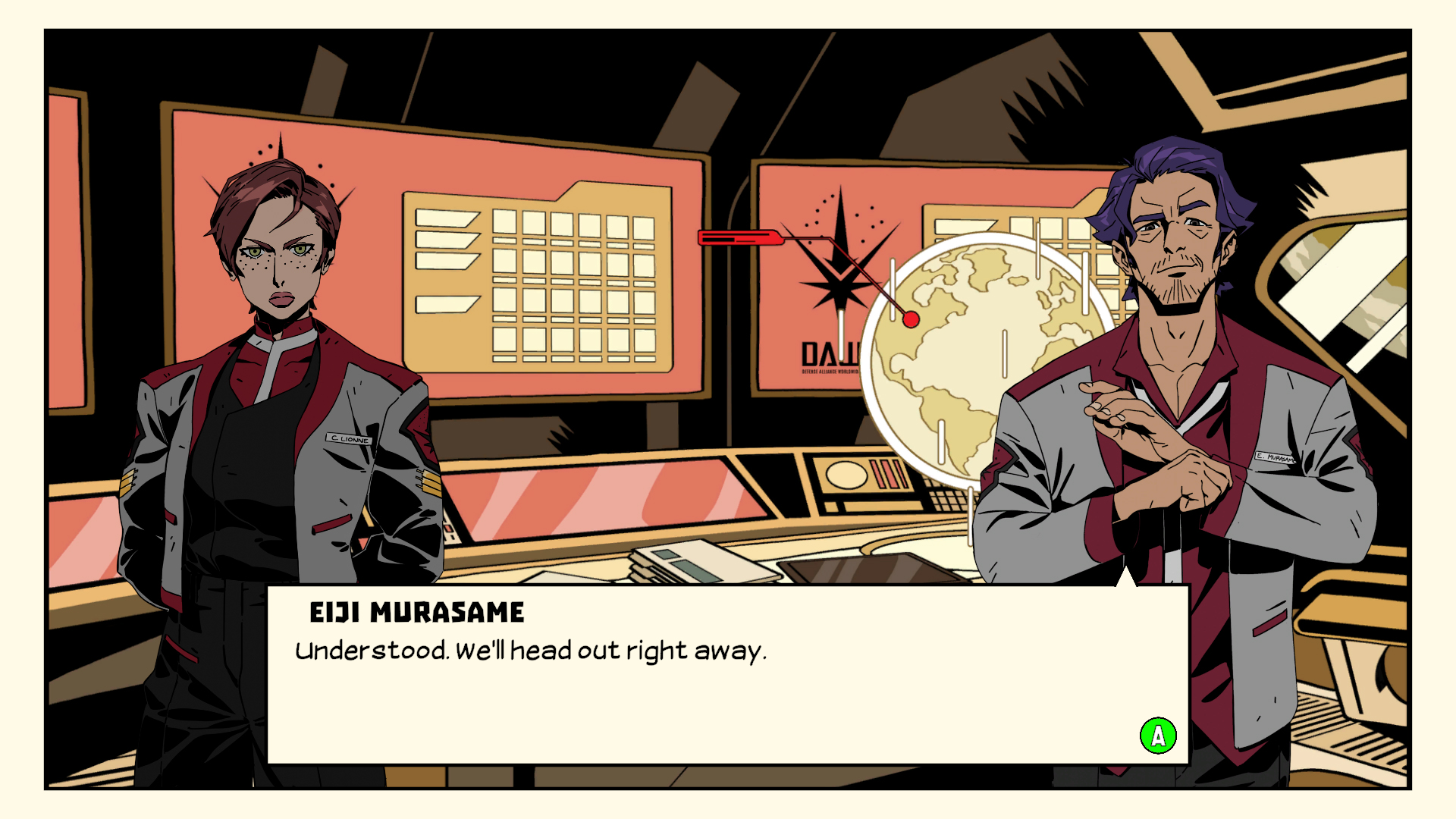 The job is simple, brawl your way through a 2.5D environment complete with towers to topple and baddies to crush. There’s a variety of enemies to fight, each with their own moves you can block, parry, or dodge. As you progress, they not only become more difficult, but more interesting. Frequent boss battles are also thrown into the mix. This is one of the areas that which Dawn of the Monsters excels; by mixing up the formula in each chapter. Every enemy whether they be a grunt, mini-boss, or even the game’s final boss, has its own strengths and weaknesses and it’s up to you to learn and react to each one.

Augments act as stat boosters in the game, allowing you to change how you approach each stage and each fighter. This is where Dawn of the Monsters introduces great customization and strategy. For example, one might give you a great ability boost, but be careful because your defence may also take a hit. Augments are also used as a reward system, the better your performance, the bigger the reward. 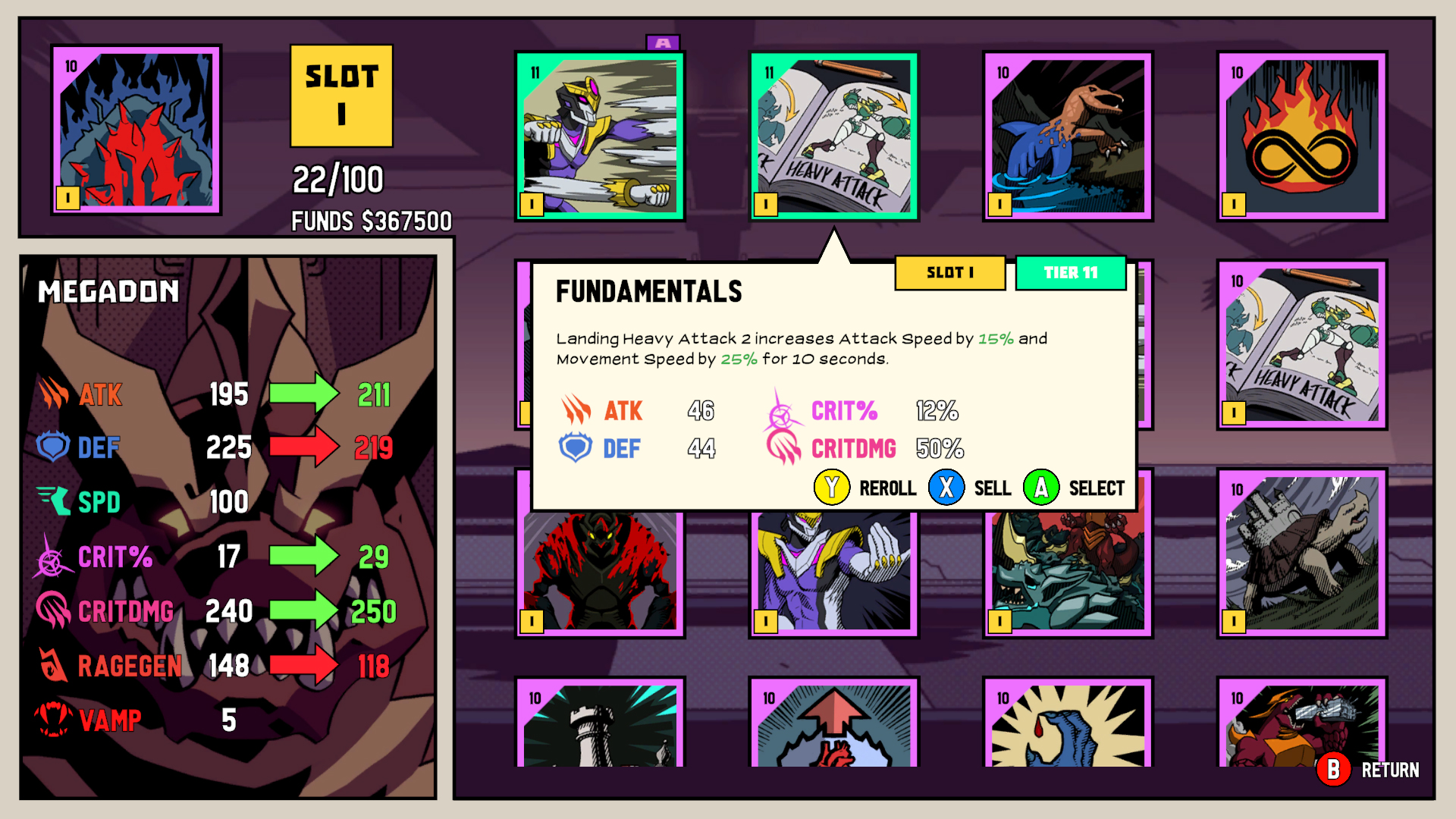 I did not get a chance to experience the game in co-op, but as with most brawlers out there, it’s easy to see how it could be cool to chain your combos together and decimate the Nephilim each city at a time.

A Comic Book Come to Life

Dawn of the Monsters is gorgeous. Every single character; whether they be giant mechs, kaiju-looking monsters, or humans chatting on a spaceship, look like they’re ripped right off of a comic book page. The game puts this aesthetic front and centre. It made me feel like I was looking down at comic books come to life right in front of me. 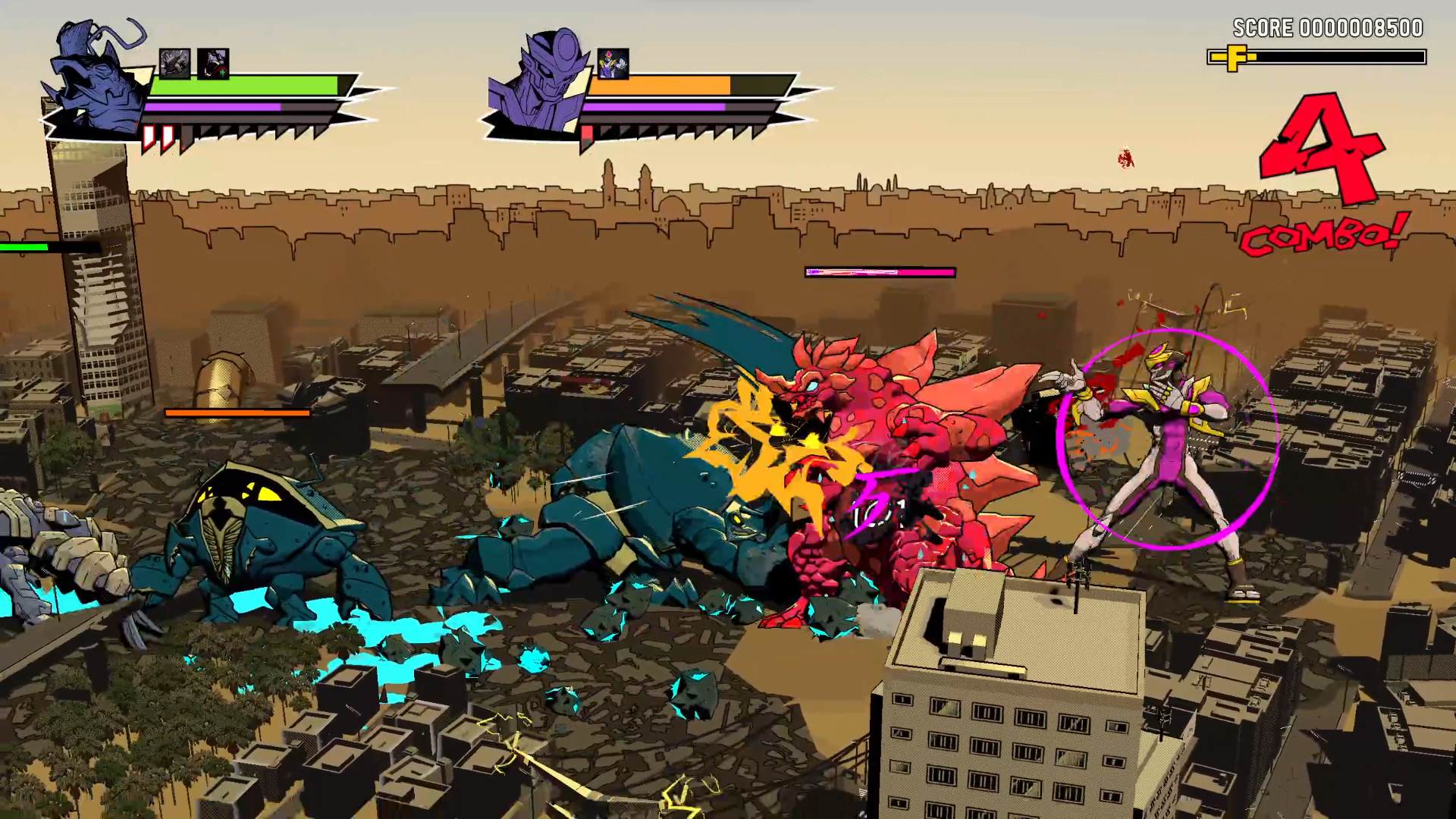 The Nephilim and mechs pop off the screen with bright colours, unique movements, and cool sound effects. Each stage and chapter is complete not only with its own enemies and hazards but its own look and feel. I fought through cities, deserts, volcanoes, and… well I won’t spoil it.

13 AM Games has made a can’t miss brawler. Dawn of the Monsters has been on my radar for months and it did not disappoint. It brings an amazing comic book art style to life, allowing you to face off against massive enemies in a wide variety of environments.

Every battle is satisfying and every reward you earn is interesting. Each playable character is different from one another and even further customization allows for replayability and great customization. Dawn of the Monsters may be a sleeper hit, but it shouldn’t be, it’s excellent.