The Cannabis Act legalized recreational cannabis use nationwide in Canada and went into effect on October 17, 2018. For years, Canadians hid their hobby from the world and it’s been known how much Canadians love their marijuana. It’s why every year, citizens around Toronto would march to Queen’s Park and protest prohibition. 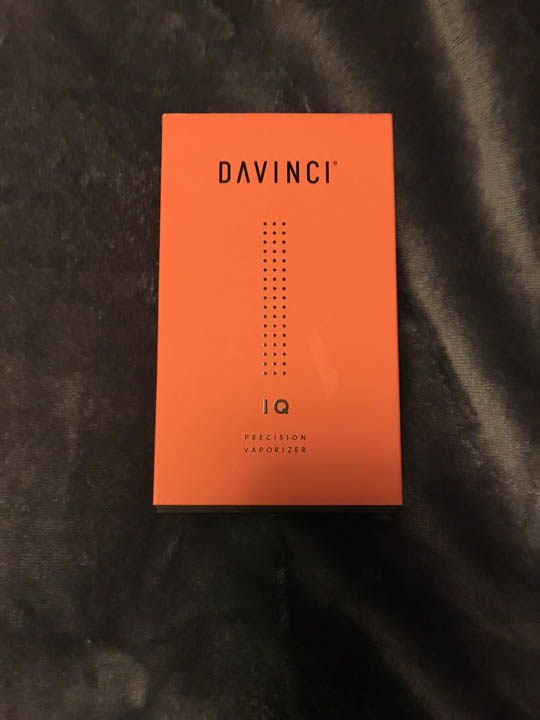 Now, things are different in Canada. So, it’s about time we talk about vaporizers.

Meet the DaVinci IQ, the latest from DaVinci and their flagship premium vaporizer. The IQ uses conduction heating and is capable of warming dry herb, and comes with a rechargeable, and swappable 18650 battery that you charge through the included micro-USB cable.

After spending the better part of two weeks with the IQ, I’m convinced that anyone who smokes instead of vaporizing their herb, needs to switch over. Or if you’re using a PAX over the DaVinci – like I was up until a few weeks ago, this is the upgrade you need if you’re vaping daily. 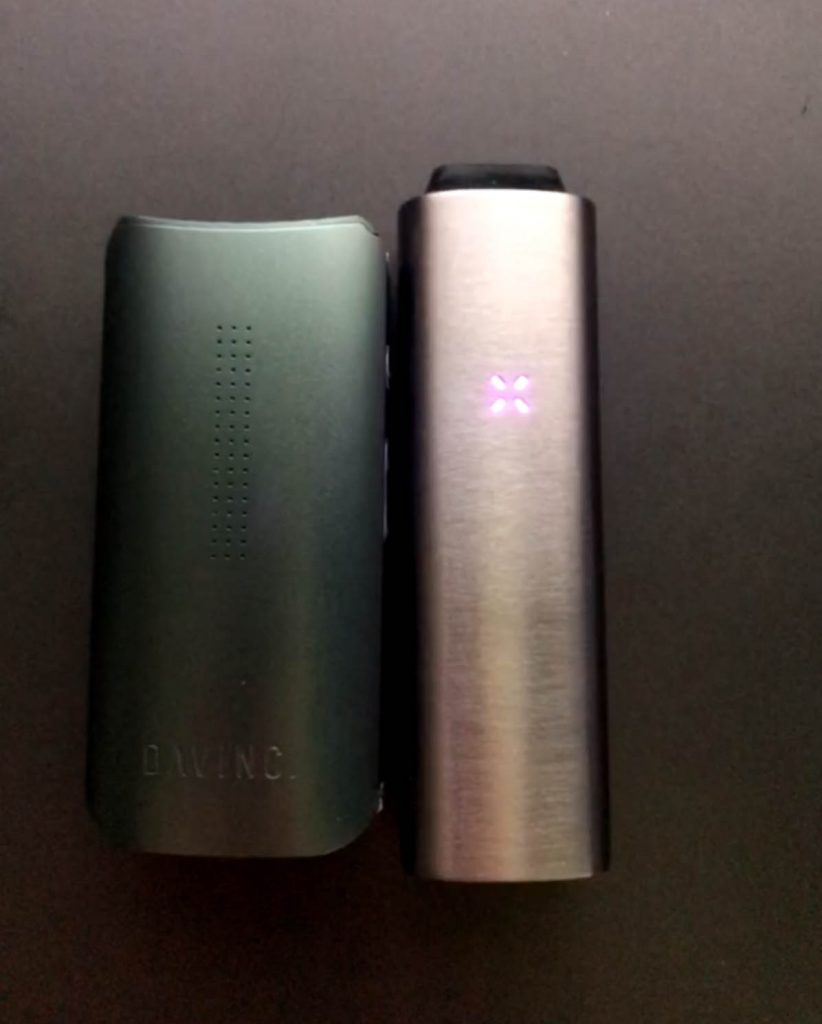 Let’s start with the design of the DaVinci IQ: it’s a sleek, chic device that stands out at first glance. What stands out the most though, are the fifty-one LED lights on the front of the device, something I absolutely love about the vaporizer. The LEDs tell you a series of things going on when turned on.

We received standard DaVinci IQ package which includes the vaporizer, one rechargeable and replaceable 3500mAh 18650 battery, a USB charging cable, a zirconia flavour chamber and reclaimer and two mouthpieces (one recessed and one 10mm adapter).

One thing that impressed me right out of the box is the zirconia ceramic used is durable. It’s the strongest ceramic available and offers resistance to crack propagation. Not only that, but this ceramic also has a high thermal expansion. 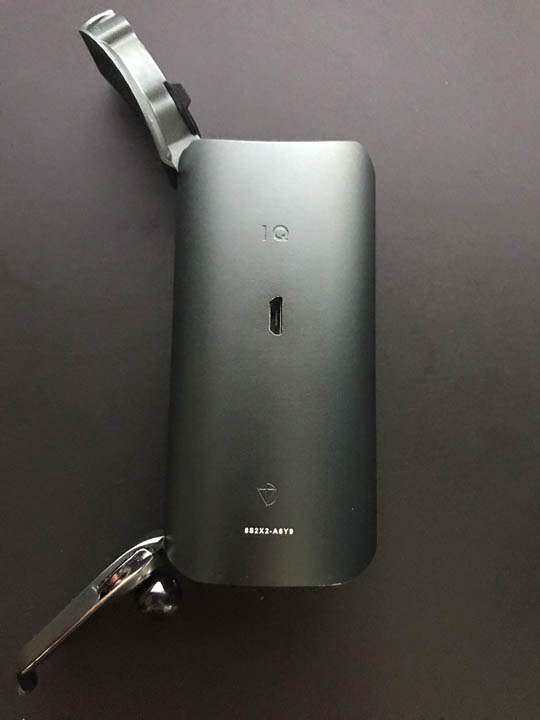 On the side of the IQ are three buttons. The top, when pressed five times in a row, turn the device on and off. The other two buttons set the Smart Paths, or when pressed together, the device’s battery level. If you tap the power button once while on, this shifts the device into Precision Mode and adjusts the LEDs on the front to display the temperature instead of your selected Smart Path. With haptic feedback tell you when your oven is ready, you’re left to go about what you’re doing until you hear the familiar buzz of the IQ. Boost Mode initiates when the control button is held Holding to stay at max temp for as long as you want.

The four options for Smart Path are (in order):

And while the device itself allows access to the Smart Paths, the DaVinci app allows you to plan your own Smart Paths, but that comes at a cost I’ll talk about further below. 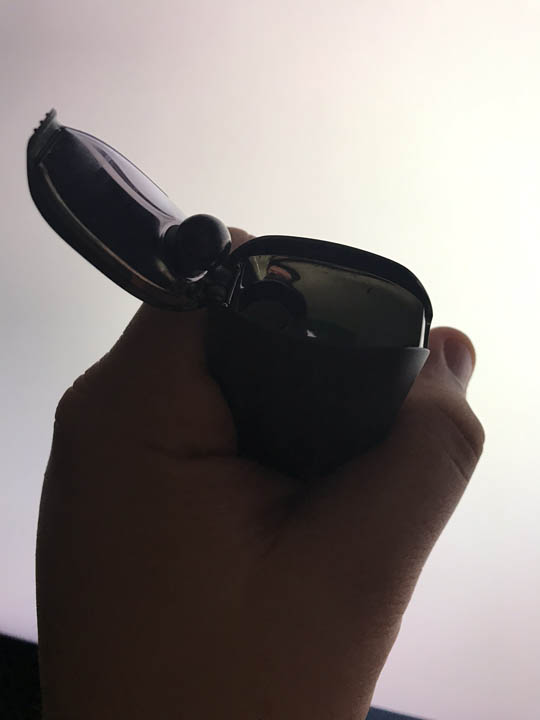 Comparably, the IQ feels sturdier and solid against the PAX 3. Holding the PAX after using the IQ feels off, whereas I thought the size of the IQ would be an issue for me, it ended up being preferred and even fit better in the palm of my hand (it helps my hands are bigger than average).

Loading the chamber is a breeze, and with little to no mess on each load, it’s the best method I’ve seen to date. What I learned later is how exciting the flavour chamber truly is. If you’re adventurous and want your herb some additional flavour, add in orange peels or lemon peels or my personal favourite, coffee beans to the chamber. I’ve heard of others throwing in tea strains as well, like lavender, earl grey, and green tea, too. It’s up to you, but the coffee beans blew me away! 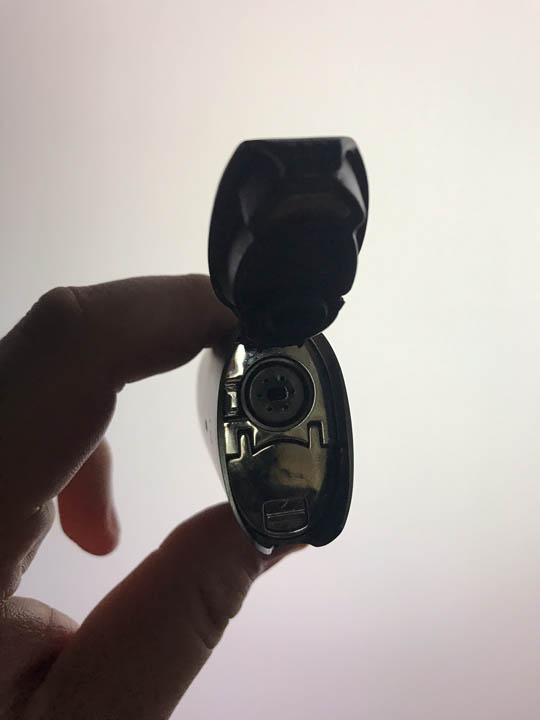 Vapour in the IQ is excellent, and the flavour is unparallel. What stood out for me my first few sessions was the thick vapour produced on such a small amount of herb, but learning how the IQ works and how the ceramic and pearl work together to create an even heating solution inside.

As for battery life, the IQ lasts several sessions before needing juice from the included USB cable. What might be a nuisance to some is the charge time: roughly 3 hours for a full charge. However, DaVinci sells replaceable batteries so having a spare isn’t necessarily a bad idea. With that in mind, the PAX 3 lasts around the same amount of sessions, but, charges in half the time and uses a built-in Li-On battery. The tradeoff is preference here but the DaVinci offers choice. And while the device is dashing and stands apart from its competitors, the DaVinci app needs some work. I had no issues setting the smartphone app up on my device, but the issue I had involved having the device unable to reconnect if I left the application at any point during a session. I’m not sure what I could do to alleviate this issue, but I do like the app for what it offers.

So Fresh and Clean

When it comes to cleaning the IQ, you have some work cut out for you but it’s worth the hour or so (or longer). Removing the flavour chamber and lid, the mouthpiece is easy enough, but you’ll need to use isopropyl alcohol to clean them. Submerging them and leaving them to soak while you clean the rest is what I recommend. Cleaning the bowl is easy with the included chimney brush, then a Q-tip dipped in isopropyl alcohol to clean the Pearl and chamber to knock out the excess herb.

All in all, I’m a believer in the DaVinci IQ. I’m extremely happy with its capabilities, the build quality, the taste. If you’re an enthusiast looking for a new vaporizer and or someone who appreciates quality, the DaVinci IQ is what you’re looking for. The IQ is flashy, it is classy, and its exactly the change I needed to enjoy my downtime even more. Also, the 10-year warranty is worth noting – this shows the company believes in their product. I’m a believer after spending a month with my DaVinci IQ – going so far as to replace my PAX. At the end of the day, the IQ is what I reach for and recommend to you, and don’t let the price deter you, the DaVinci IQ is worth every penny.