If you are looking for a Fire Emblem clone that is very clearly enamoured with the aforementioned game’s golden era on the Gameboy Advance, you are likely to love this game’s throwback to a time much simpler than this.

But that’s my sticking point: Dark Deity doesn’t really do anything new or revolutionary. And it feels at times a little too simplistic for this day and age in tactics games. If you are willing to drop $20 on that, great. But I can’t really recommend it to those looking for something aside from a pure nostalgia hit.

Imitation, flattery and very little in the way of explanation

Let’s start with what works, shall we? Dark Deity has done its homework to understand what makes those early entries into Fire Emblem so glorious. However, I would go as far as saying that there are ways it improves upon the formula, namely in the way of character customization.

While you’ll get characters with a base class, weapon outfit and a base stat output, the more you use them the more ability you’ll have to customize and shape in your own image.

There’s a job progression system where every ten levels up to level 30, you’ll automatically get a chance to reclass a character with attention paid to different stats and weapon types. 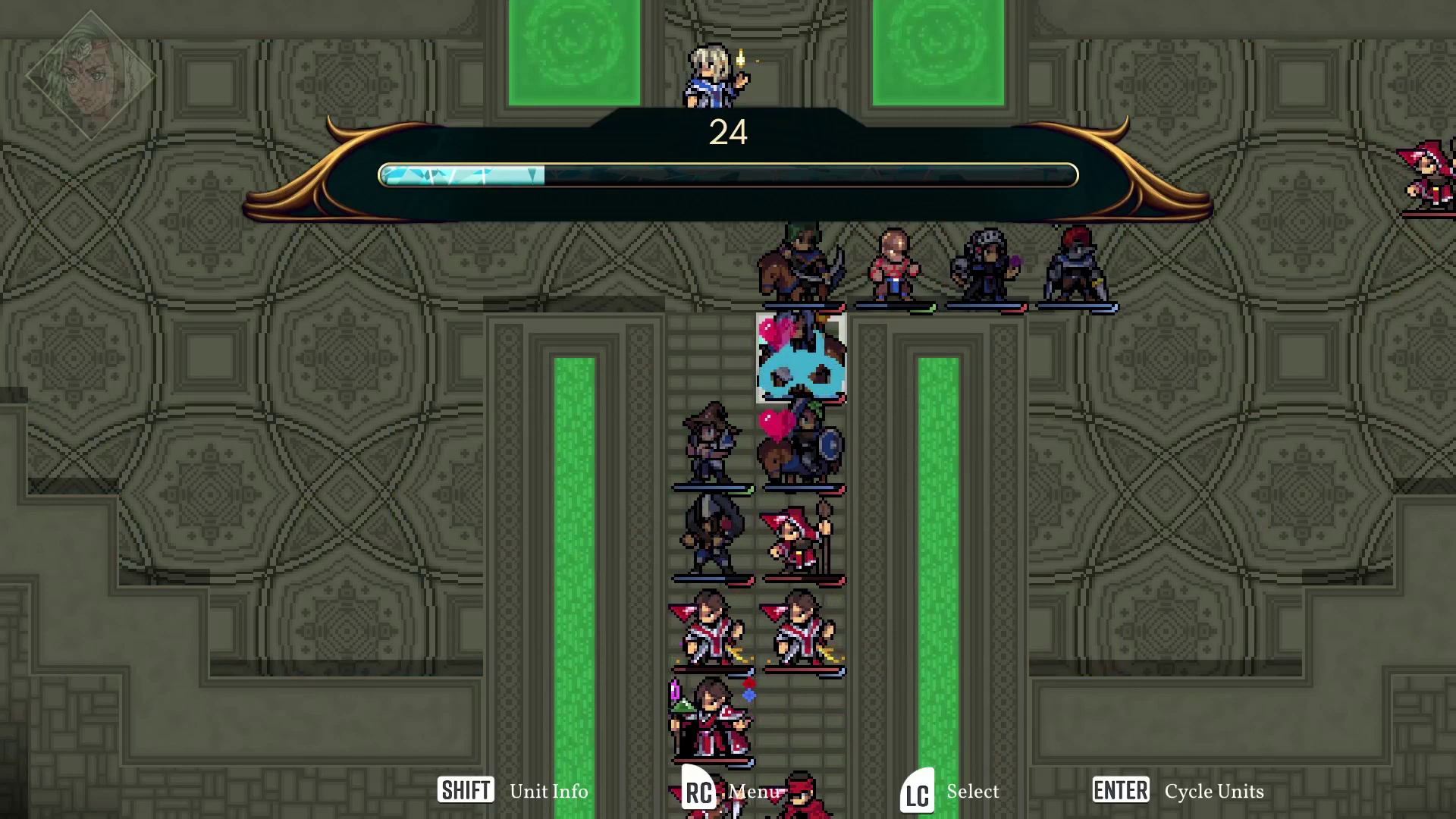 And while you can’t switch out weapons or armour, you can certainly use the progression systems available such as reclassing and a token-based weapon upgrade, to master both.

Herein lies a problem Dark Deity isn’t really all that approachable in explaining its mechanics. Like many a devoted fan translation of something preexisting, this game just kind of throws you right into the action and supposes that you have enough tactics game experience to have a clue what’s going on. 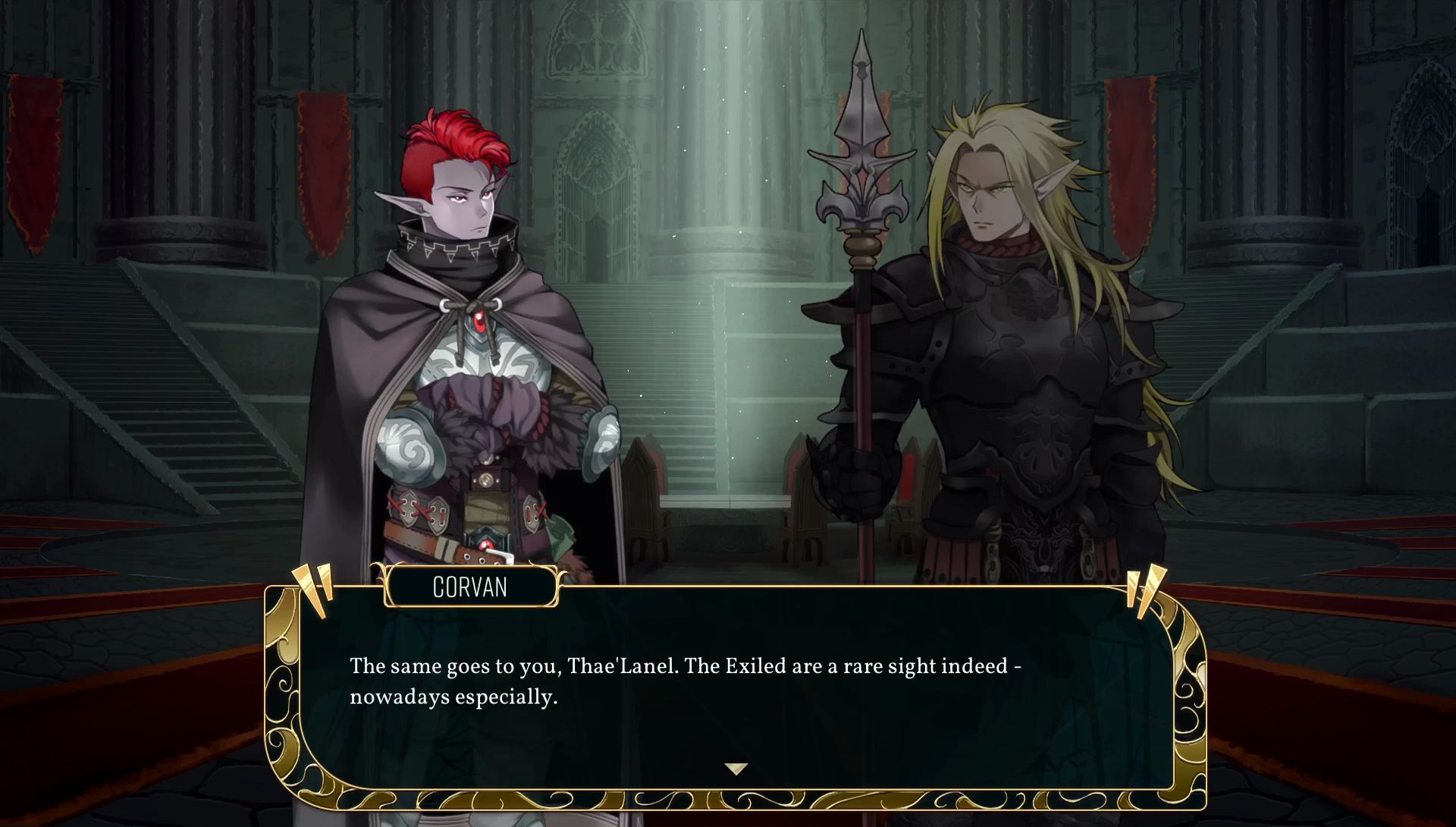 I can’t deny that it’s exciting to see where things will go right for you and where they go wrong, especially when the cost for them going wrong is a permanent stat decrease, which feels less fatal than Fire Emblem’s loss of a character forever, but quite punishing when the difficulty ramps up. And yet, it still would have been nice to get a few pointers and things to consider.

While I can’t deny that there are some really slick battle animations and lovingly-crafted character models, the game isn’t without its bugs.

I noticed a few occasions where characters would be locked out of moving on the board, requiring me to restart a map, which is annoying because there’s no in-battle save feature, so my progress disappeared. 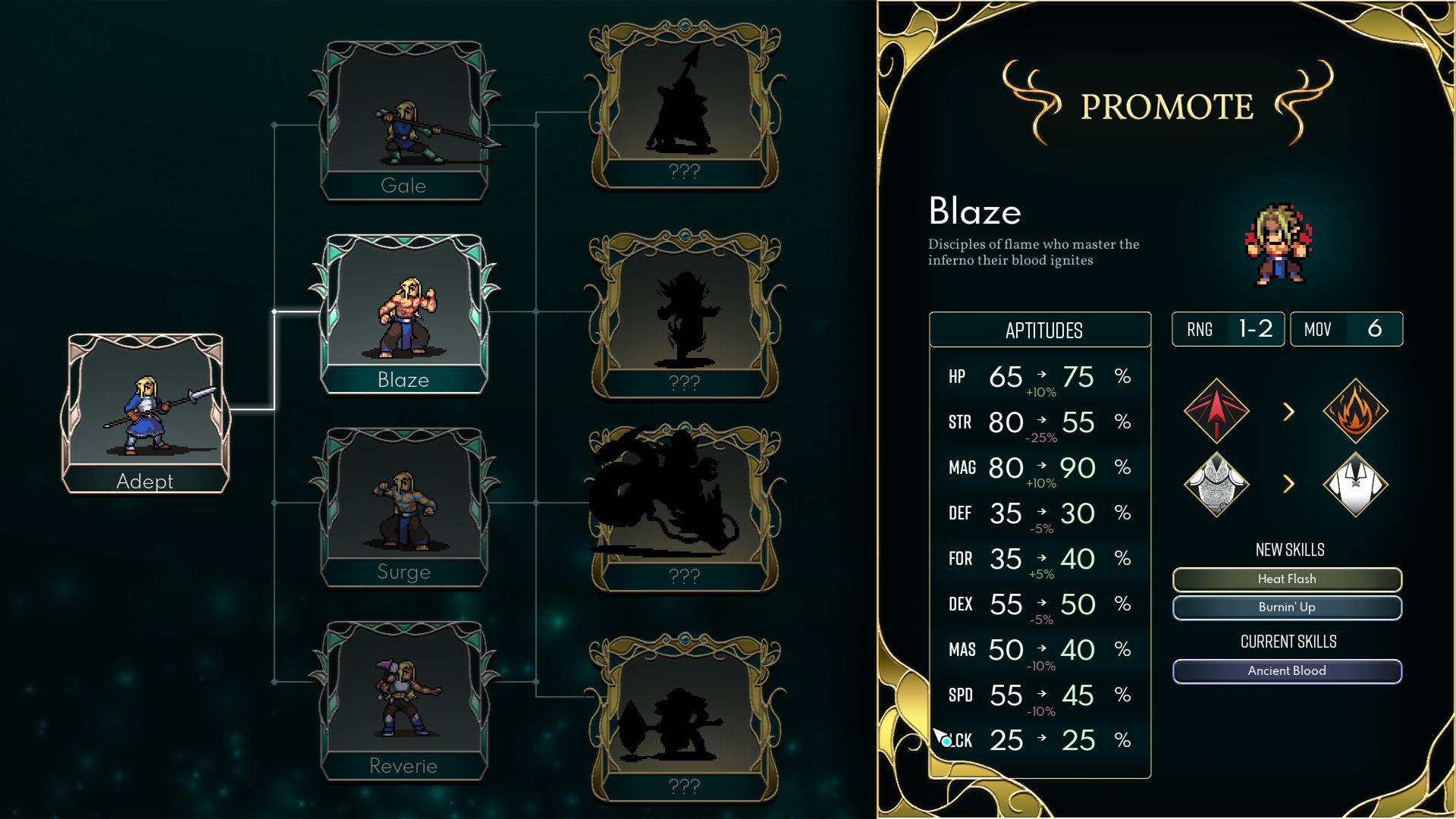 While it isn’t a bug, loading times are also quite intense for a game with such a low amount of assets and visual fortitude. And while the token-based weapon system is quite intriguing in the various ways that it makes up for the lack of interchangeable weapons is great it was extremely buggy for me. Basically, each character has four different weapons that are balanced individually in order to prioritize attack, defence and critical hits. These tokens can be looted off fallen foes or bought with gold. Sadly, I found plenty of times that it would tell me I needed a different token even though I had the matching token type, or tokens would just disappear.

In war, it’s the moments that matter

A point I’m really struggling with is in Dark Deity’s story. Like its muse, this game functions at least half to a third of its time as a visual novel. But where Fire Emblem has almost always successfully functioned as stories of wars and political plots in medieval realms populated by easily relatable characters who stand out. 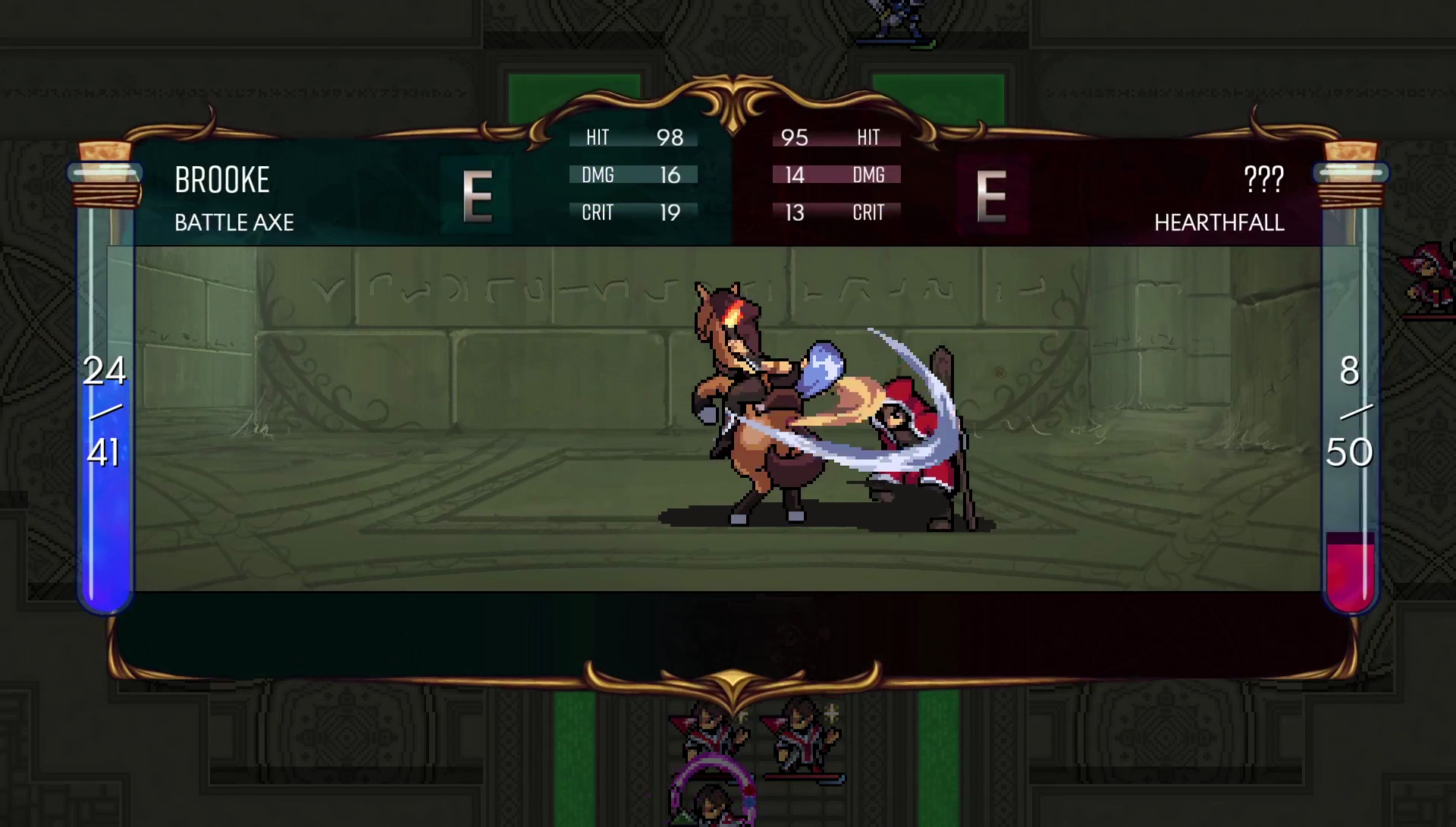 The story here is you barebones video game/anime teens joining the adults in war fable. Two kingdoms are locked in a war for a decade as one king blames the other for his father’s death. With resources and troops running low, conscription becomes a reality. Literal children studying military arts to be used when they are older become a hot commodity. It’s the stuff of every young adult war anime you’ve ever seen. And while it can be done really well, it has to be told tightly, which is not in the case of Dark Deity. 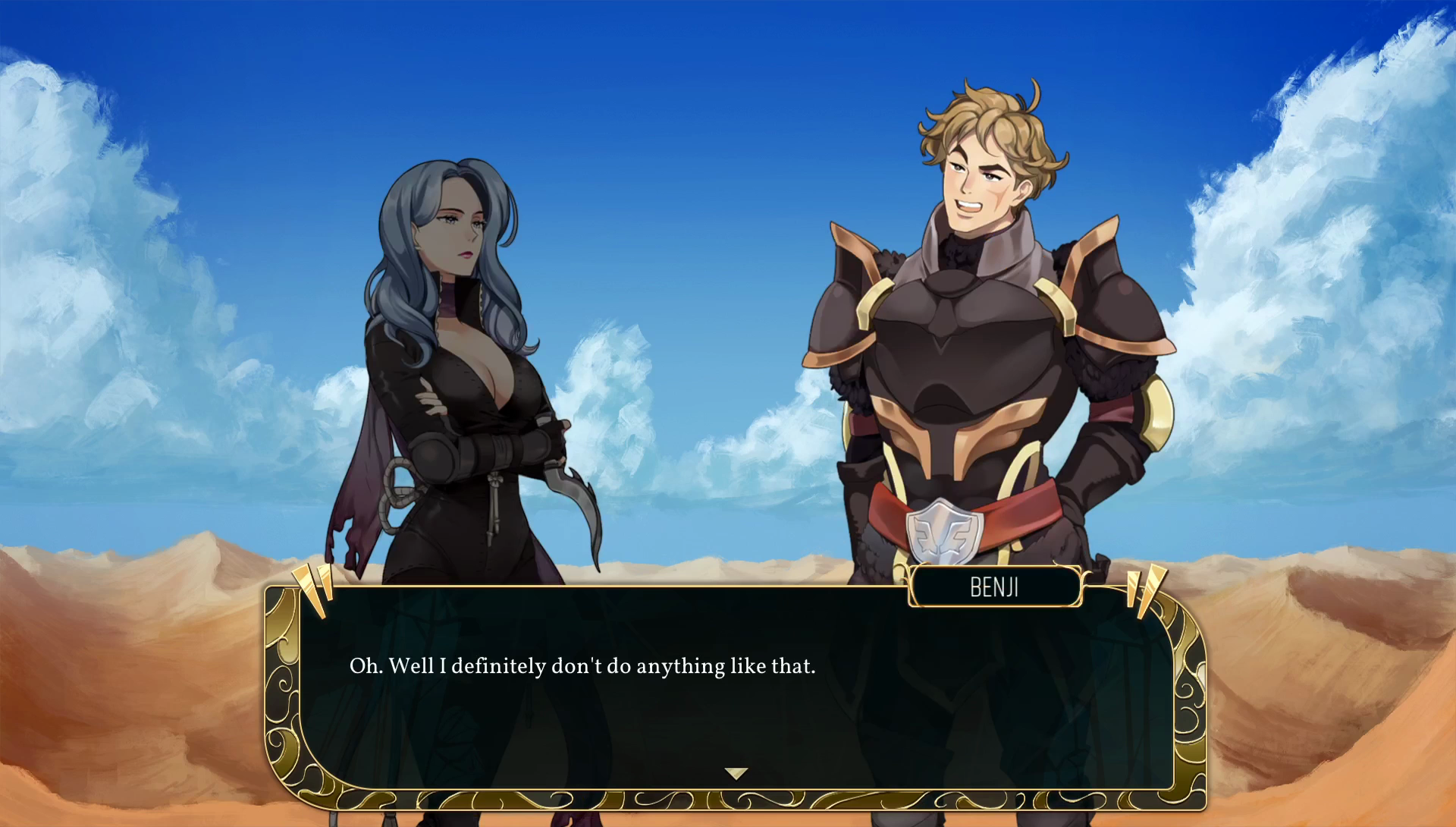 Characters and plot point just sort of appearing with very little backstory or tie-in to the overall story. In fairness, you’ll learn a lot more about them through the tactics genre staple of having support conversations that humanize and entertain. Yet, they feel very surface level, with most characters feeling like embodiments of tropes and less like developed characters. I find it even more depressing that many of these characters share interesting little thoughts or emotions that prove to me that the developers really do know and love them, but they’ve made it hard for me to do the same.

I’m really torn on Dark Deity because I can tell that the crew behind it care deeply about what they’ve crafted. And those looking to revisit the early days of Fire Emblem seem also to care deeply about this game. But a combat system that’s frankly not that fresh paired with a story that misses its own marks of mastery while trying to shoehorn in way too many events, there’s just not enough here for me to justify the cost of entry.