In a post-Hades world, releasing roguelike games have much to do if they want to match the quality of Supermassive’s tantalizing take on the genre. Some of the biggest and best games in the genre have one goal: challenge the player and allow them to overcome the obstacles in front of them. This happens as you repeat what you’re doing. You learn from the previous run, pre-empting your attacks and delivering a satisfying run in an otherwise challenging course. In Crown Trick, a lot of the time I found myself questioning how to overcome the obstacles in front of me and never once feeling like I was at odds with the systems in place.

Developed by NExT Studios out of Shanghai, who also worked on Bi-Ped earlier this year, comes Crown Trick, a gorgeous and beautifully animated roguelike title that’s every bit as challenging as I’d like it to be. You play as Elle, who’s forced to defeat the nightmares surrounding her with the help of a mildly annoying crown that often berates everything you do. If you’ve played The Legend of Zelda: Ocarina of Time, think Navi and doubly as irritating. Navigating the Nightmare Realm is no joke and Elle is trapped here and with the help of The Crown, must dive deeper into the world she’s now in and discover why things are the way they are.

Like Hades each time Elle manages to start a new run, she’ll choose a random weapon and embark into the Nightmare Realm. If I could compare the gameplay to anything, it would be the Mystery Dungeon series, where enemies react to your movements. If you move, they move and you’ll need to think about what to do or face the consequences of your actions. This game is very RPG-driven with its mechanics ad once you understand how things work; the fun truly begins. 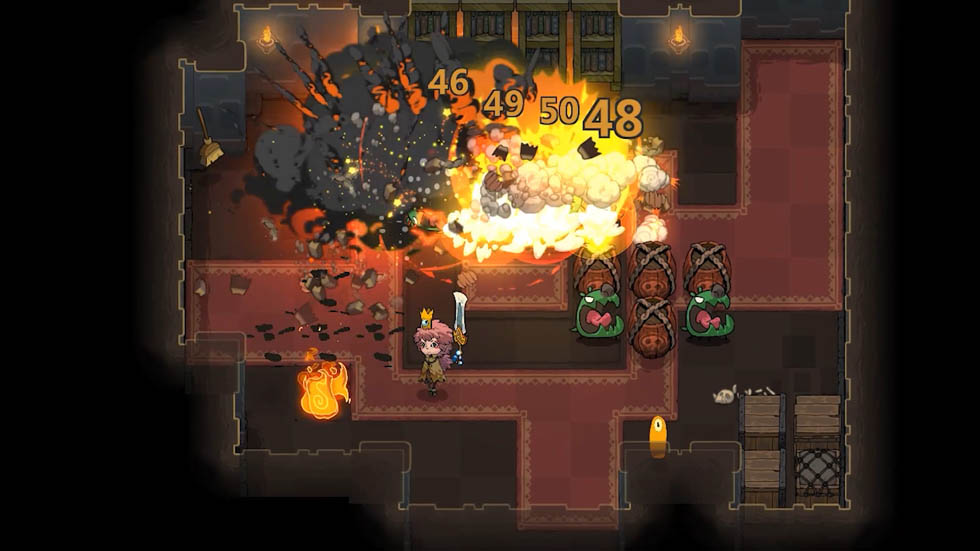 What I mean by this is just how easy to pick up and play Crown Trick is. In a game like this, there’s a ton of information to remember and every bit of knowledge helps a successful run. That said, the opening hours feel a bit information heavy and the system explanations should be spread out more to make things more manageable for the player.

Elle also has the ability to Blink around the map which while being a limited move, helps to be strategic and deliver blows to bosses and fodder alike. Each time you use it though, the number of uses depletes in battle and you’ll need to finish the battle to gain the ability back. Crown Trick also includes Familiars into the gold which are sets of enemies that once defeated, offer their powers to Elle. You can equip two powers at a time, and these abilities include a variety of skills and spells that help navigate the Nightmare Realm’s darkest corners. How to equip the Familiars is up to you but the right combination will prove to be life-saving and is paramount to survival. 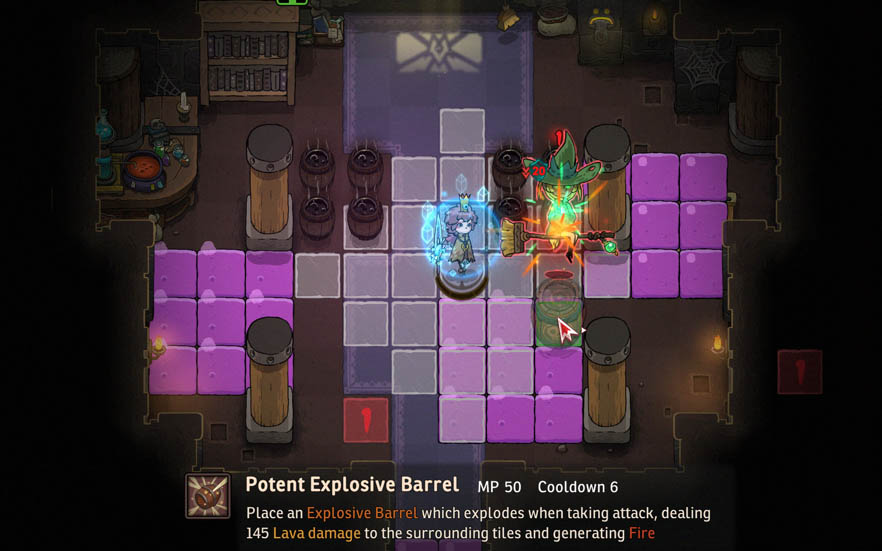 If Hades is more your style, Crown Trick eschews similar mechanics for a more thoughtful approach to dealing with enemies. There is a lot of moving parts including weapons, relics, traps upgrades and more. If you’re familiar with the genre, secret doors beg to be discovered, environmental hazards will likely catch you unpredictably and your hard-earned coins will help you triumph throughout the Nightmare Realm in the shop.

Crown Trick is a gorgeous game and the art direction is one of the reasons I wanted to spend my time with the game. There’s some bombastic colour in every corner and characters exude tons of detail, to put it simply, Crown Trick comes to life thanks to its art style. And the soundtrack is a beautiful compliment to the graphics, both pair well like an aged glass of whisky on the rocks. While the graphics are wildly cartoon-ish, they are dazzling and well animated. It’s clear that the studio spent time perfecting the visuals and I can’t stress enough how appealing they are, from Elle to the monsters, they are all gorgeous designs. 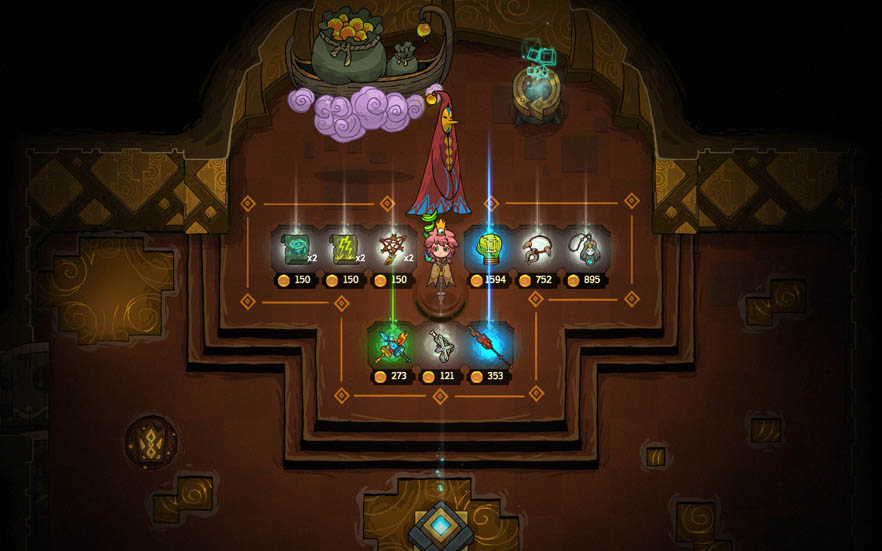 Crown Trick surprised me by how much fun it delivered. It’s got an alluring art direction, exciting combat and boasts a ton of strategy for those looking. Elle is a powerful character that only grows with each subsequent run and the powers she gains and weapons she unlocks make her a certified threat to the monsters in the Nightmare Realm. My only issue was some framerate hitches during my review, it was only at certain times, too, like when entering a new room but it’s not something that ruins the experience. Don’t miss out on Crown Trick, it’s an exciting game that delivers another satisfying roguelike experience.