Fantasy RPGs and time travel go hand in hand and complement each other well, that is of course when done right. Many herald Chrono Trigger as nailing for nailing the mechanics behind time travel while simultaneously delivering a unique story across time and space. The closest follow-up I’ve seen outside of Chrono Cross was the handheld RPG Radiant Historia and now Cris Tales, the indie RPG that recently launched.

From the moment Dreams Uncorporated and SYCK’s Cris Tales appeared in my mailbox I had a hard time quelling my excitement. The art design is extremely gorgeous, there is no denying that. However, while visually the game from the Columbian developers has faced an upward battle to prove it was a cut above the rest, it reaches the top but not without some fumbles.

Cris Tales stars young Crisbell, a young woman with (you guessed it) amnesia. Early on, she becomes a Time Mage after stumbling on Matias, a talking frog, and her companion for the adventure Crisbell heads out on. With the power to see into both the past and future, Crisbell sees a hauntingly grim future for the world, which she soon learns is the work of the Empress of Time. Along the way our heroine meets friends that join her in her travels, who help her seek out the four kingdoms within the world of Crystallis, to stop the Empress of Time from annihilating the world. 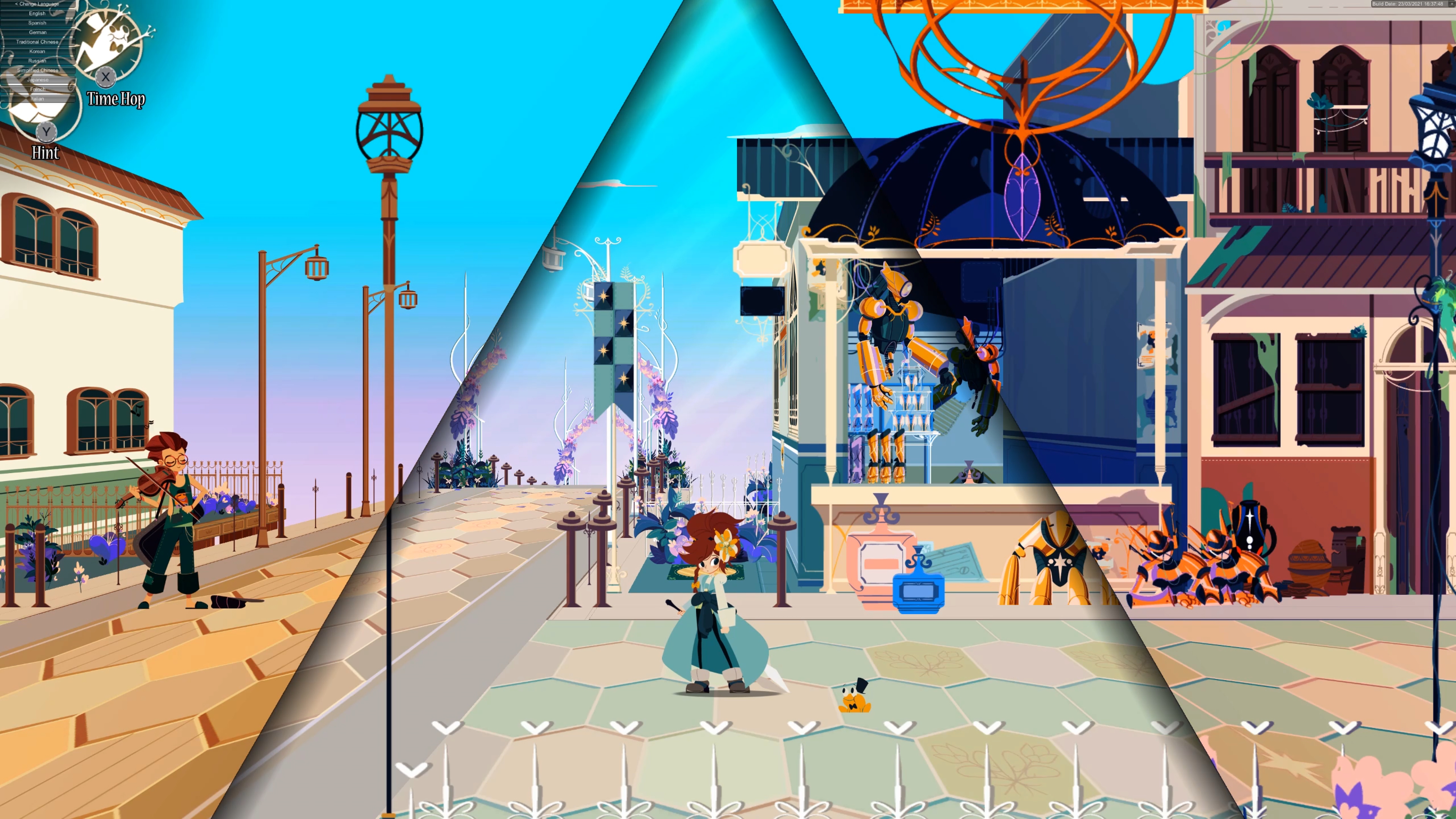 There’s also the fact that an RPG is only as good as its heroes and villains and the story driving both forces to achieve whatever goals they have. With a party of three, battle splay out in turn-based fashion with the UI dictating turns at the top of the screen. Cris Tales includes a unique time magic mechanic where Crisbell can alter her foes’ timelines. Attributes and advantages change depending on an enemy’s placement in time, making each encounter an engaging dance of coordinating team strikes, defence possibilities, and warping time to your benefit. 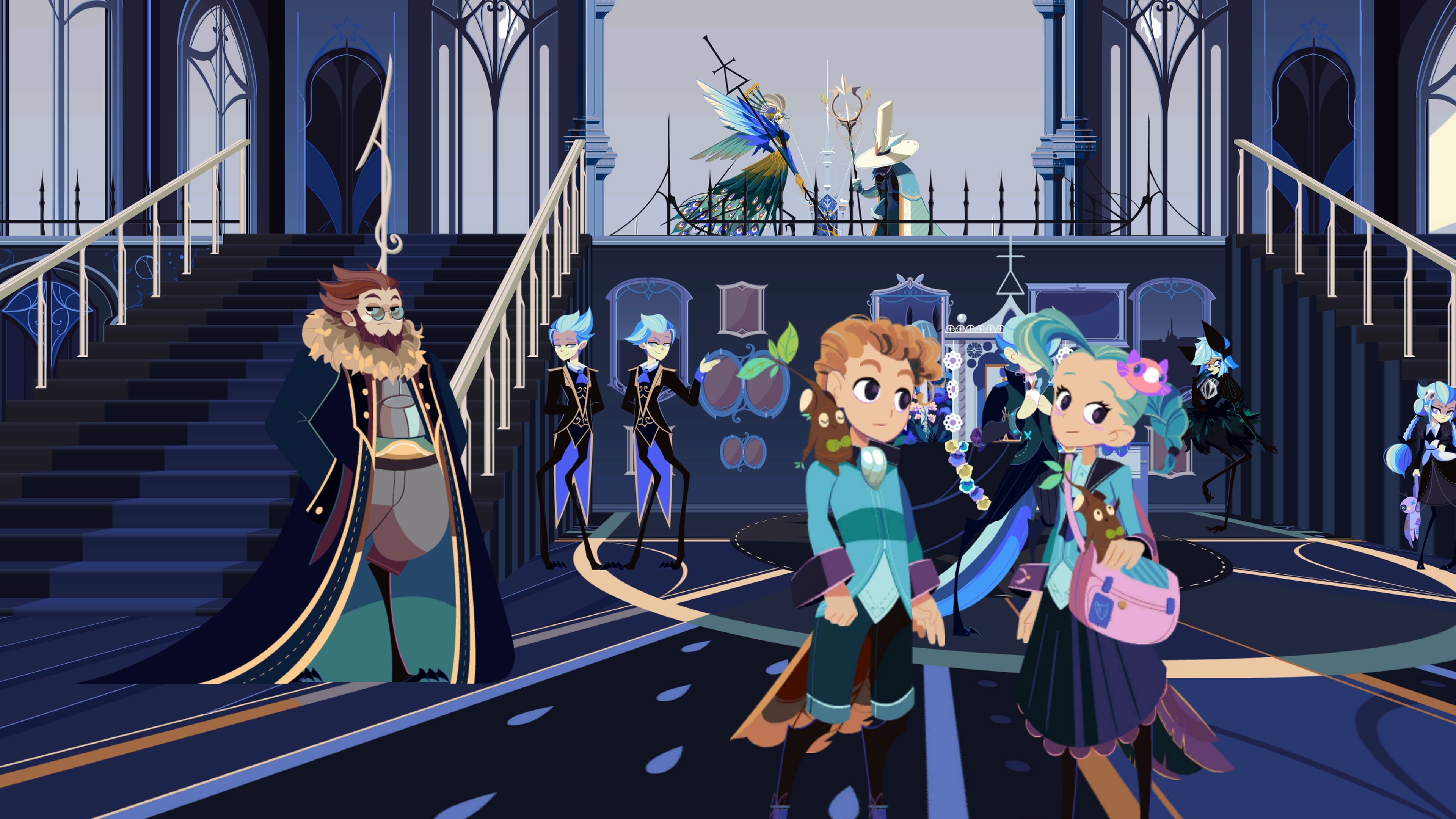 Combat needs to have a lot of elements working properly to come together for starters, and because it’s turn-based, would need to innovate. The time mechanics are fun when you start to use them creatively but what doesn’t work as well as intended are the time button presses that are used in battle. With each press of a button, when done correctly boosts damage output against enemies or weakens incoming attacks, mitigating the total damage dealt. On Switch, this sometimes felt like it wasn’t working as intended, leaving me questioning whether or not my timing was off or something else entirely.

My favourite thing about Cris Tales is how it uses time travel as a mechanic. On the screen, you are presented with the same image split between past, present, and future. Furthermore, in battle, you use the ability to great effect. A perfect example is in the demo against the boss. I sent the enemy into the future, which in turn, rusted their shield and allowing me to proceed with the battle. Or if you’ve poisoned an enemy, you can use the time mechanic to accelerate the effects, killing the enemy instantly. Or if you want to go backwards in time, Crisbell can reverse the flow, turning the enemy into a weaker opponent.

Though the combat in Cris Tales leads to some interesting encounters, it never moves away from the handful of options you’re presented at the start of your journey. It essentially boils down to doing the same actions over and over again until the end of the game, which is a shame given how great of an idea using time travel in battle sounds, but given the monotonous execution, I had hoped the delays would come with changes to the battle system. It isn’t bad at all, it’s just repetitive to a fault when so many ideas are available but never utilized. 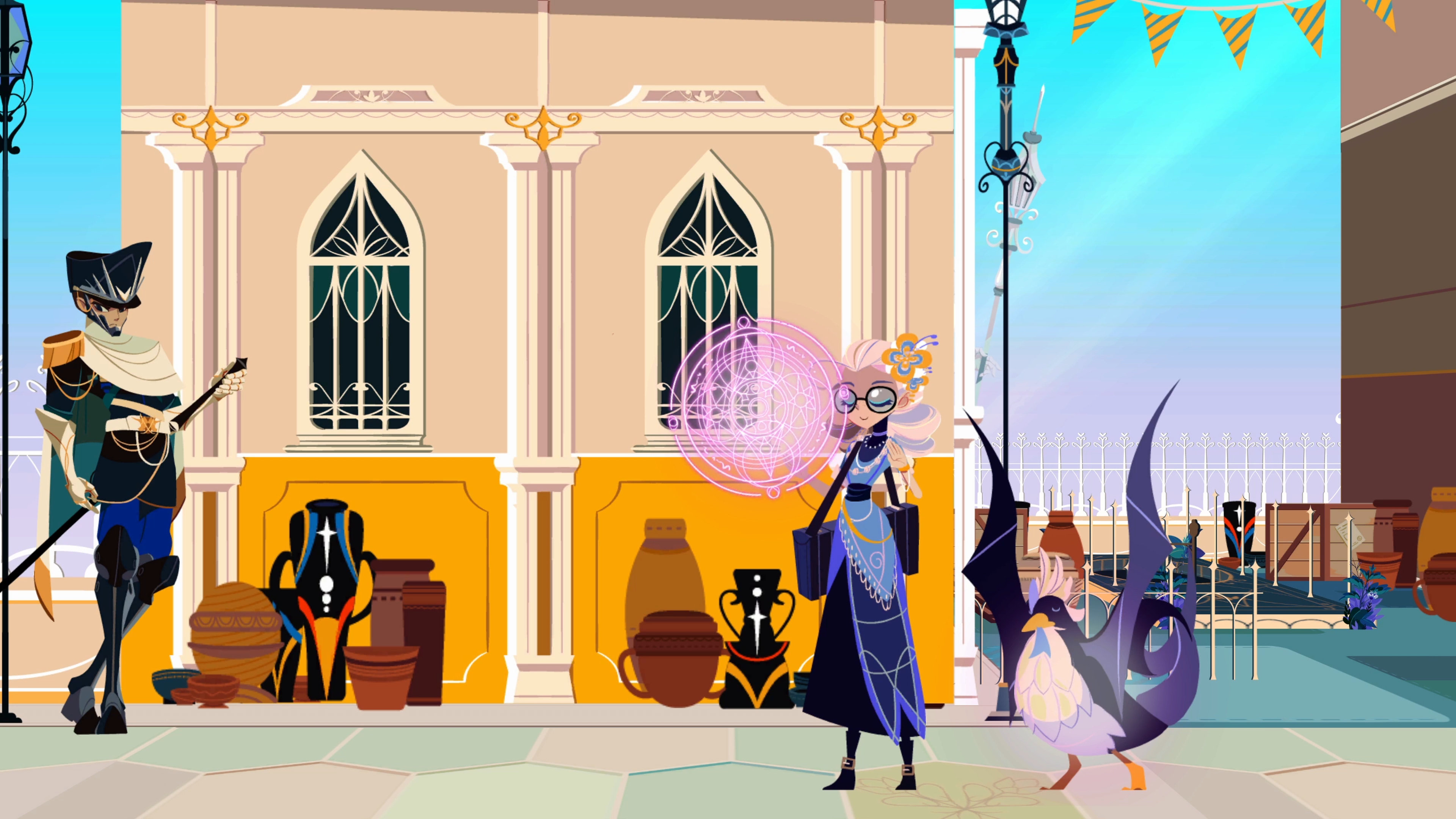 Through the story, the idea of time travel is again, presented well to the player and you’ll use Crisbell’s power to solve puzzles and help people. As you head into new areas and kingdoms, Crisbell is able to help the citizens out in several ways. As a Time Mage, Crisbell sees the past on the left, the present in the middle, and the future on the right of the screen. By helping the local inhabitants, you can see the impact of your decisions in real-time, and I recommend searching these sidequests out to flesh out the story a bit more. 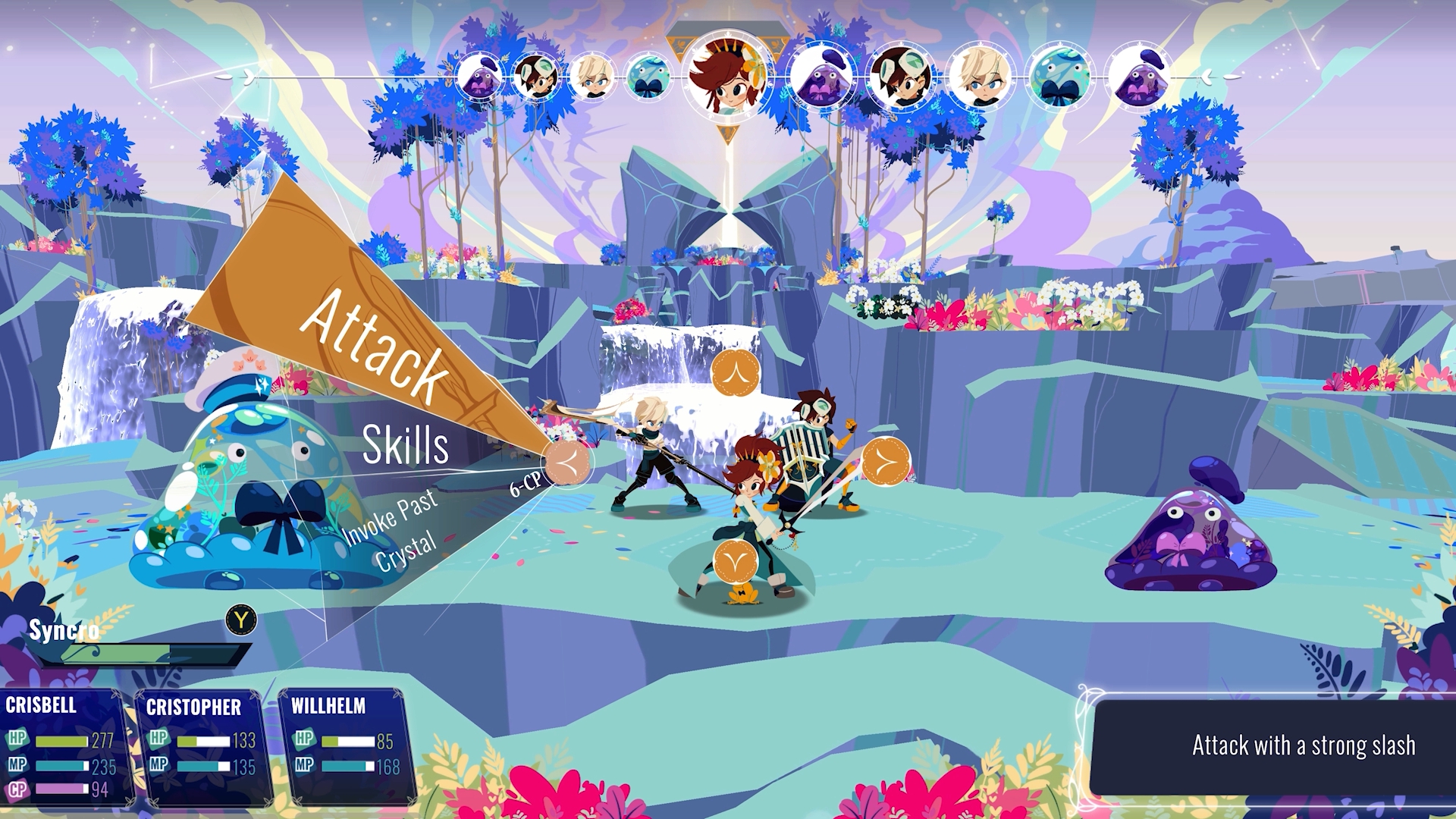 While the load times are a mess on the Nintendo Switch, I’d love to be able to skip ahead to the gameplay but when transitions take nearly 20 seconds, it’s hard to want to stay invested in what you’re doing. Thankfully, the sidequests warrant the time sink to see them through and it is exciting to see that your decisions, especially as each kingdom’s storyline offers you the choice to shape the future and see whether or not things went well. There’s also the issue of not being able to save on a whim. Instead, you’re left to save at certain spots and on the overworld, this is a particular issue when facing a boss that makes quick work of you, sending you back to your last save file. It can be frustrating at times when dealing with a stronger enemy only to lose your progress. 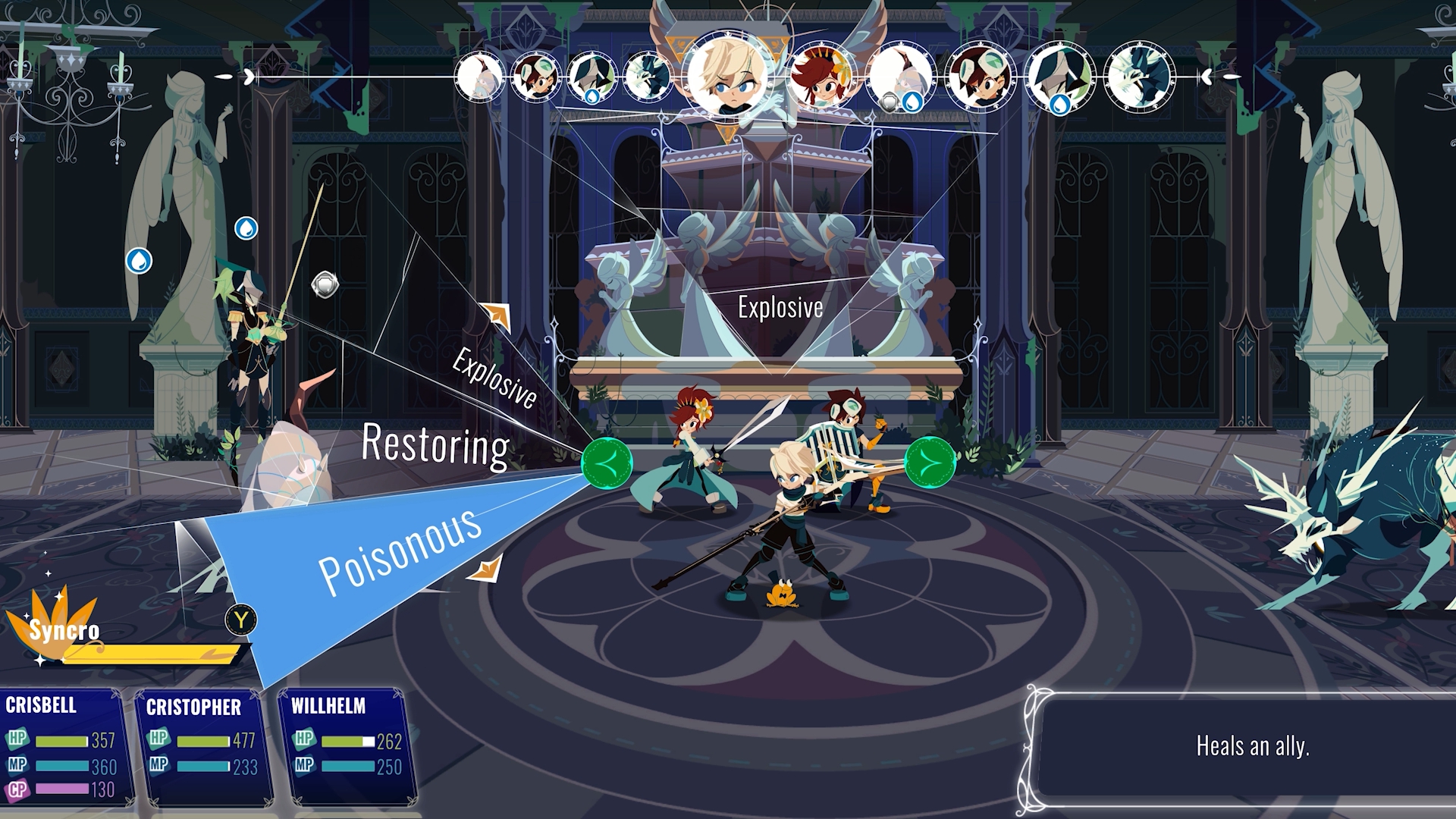 Dungeons are standard and offer some puzzles to break up navigation. Exploration is the best way to see the beauty of this world and the people within it. Cris Tales is visually stunning and comes with a soundtrack that pairs well with the aesthetic. An RPG without a worthy soundtrack is criminal but thankfully Cris Tales nails this aspect of the genre with little issue.

Cris Tales is packed with charm and an absolutely gorgeous art design but also overly too traditional. There’s so much to love about Cris Tales but it stays far too close to an homage and a game that never attempts to stray away from the confines of what we know a JRPG should be. The combat is fun and the timing mechanics in battle are good but not as responsive as they need to be to make the system succeed. But thankfully the entire cast is excellent and Crisbell’s powers as a Time Mage are used to success with puzzles and in combat.