Conan Exiles is a survival game that begins with you being left to die on a cross in the desert with no hope of breaking free until Conan the Barbarian appears and releases you from your unfortunate predicament. He then leaves you with a statement that essentially sums up experience of your adventure, “live, love, burn with life, slay and survive.” You’re now able to venture into the unknown and forge a legend of your own undertaking, one that would even rival your saviour, Conan.

Here you begin your journey in the middle of the desert with no tutorial on how to get started. However, you are presented with objectives to complete in the top right of the screen which will be the only direction that is given to you with regards to gameplay progression. Completing the tasks before you will grant you experience and levels that will grant you attribute and knowledge points to spend. Careful attention should initially be given to dispersing attribute points as there are several fields to choose from that will alter your experience. Placing points in strength will cause more damage, agility will allow players to move faster, vitality will give more life, and encumbrance will allow you to carry more. Spending necessary points in encumbrance early on will make your resource acquiring trips more rewarding as you won’t have to continually return to your base to shift loot to your chests. 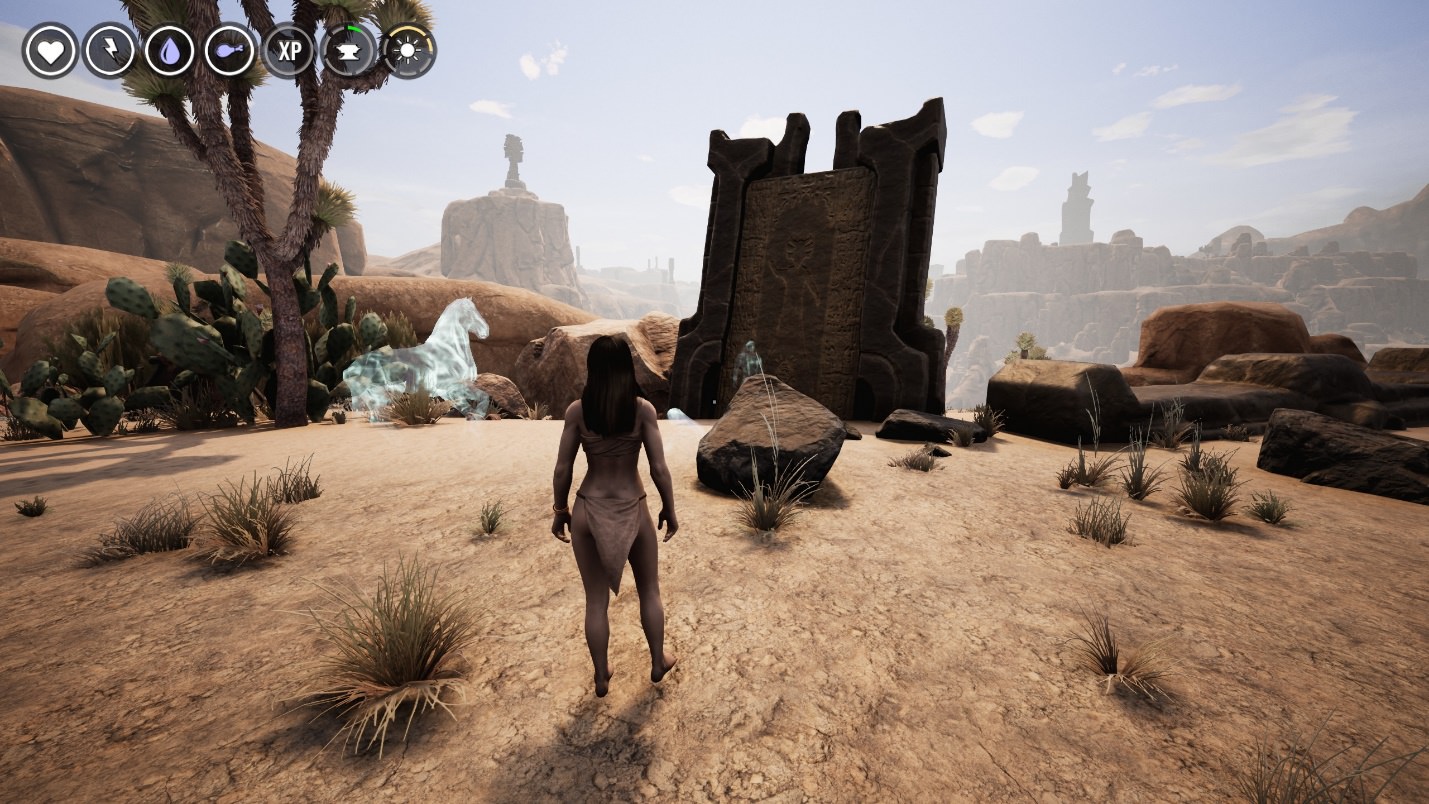 There are several different options on how to enjoy Conan Exiles. You can play online via official game servers that offers the truest experience, custom servers that possess different rules that can either benefit or hinder the player, or you can create your own server for other players to join. You can also decide whether your wish to engage in PvP or PvE combat when selecting which server to play. It is recommended to begin the experience as a solo survival RPG as you learn the basics of gameplay at your own pace as populated servers will be more unforgiving as other players will enjoy ransacking what little progress you have come to achieve. Most public servers won’t allow players to destroy a base of a player who is offline, which is extremely appreciative as there would be nothing more destructive than having your countless hours of gathering resources to build a base, only to have it destroyed shortly after logging out without the ability to defend it.

The overall experience of Conan Exiles is hindered by numerous noticeable gameplay elements that range from audio issues, frame rate drops, lack of believable enemy artificial intelligence, and animations that deter the immersive presence. When you try to move along a path that has stairs or slightly sloped terrain, the animation of your character climbing over the area looks as if they forgot to finish it as it easily interrupts the immersive experience. While there are some flaws with Conan Exiles, there are also several rewarding gameplay elements that make it shine. 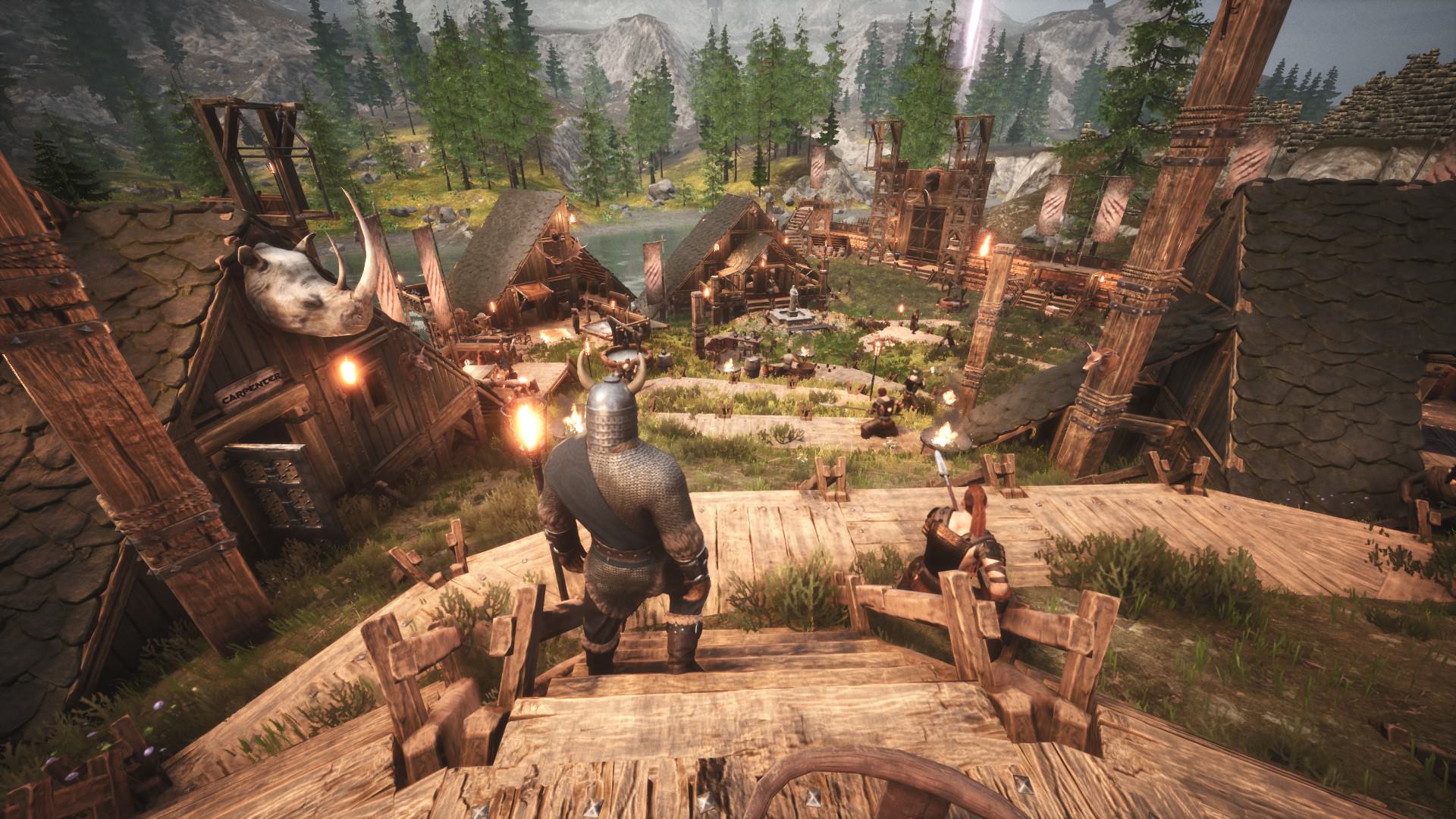 The crafting system is very rich and, at first glance, can seem overwhelming. However, once the core elements and stages are understood, it will be heavily relied upon to improve your weapons, armour, and establish a safe and defensible base to store resources and become a threat to other players. Bases can grow substantially to form a small city resulting in the need to fill it with local inhabitants. Once locating NPCs, players are able to bind them and relocate them to a Wheel of Pain situated within your grounds to turn them into a thrall that can be used to man crafting stations or guard specific areas of your base. Slowly creating an army at your disposal is an exciting feature, but their skills in combat are definitely lacking.

The first few hours will have the player’s sense of exploration restricted to nearby areas as they will first have to gather countless resources such as branches, wood, and stone to set up their initial shelter. Stone tools and weapons will be your first entry into crafting and will briefly keep you safe while gathering other materials. It can be noted that the amount of materials needed to craft superior weapons, tools, and other items can be overwhelming as it will take a fair amount of time to acquire. There are also enemies lurking around every corner waiting to kill you, so it’s best to be careful and not lose sight when out exploring until your arsenal consists of significantly improved gear. Nothing is more disappointing then collecting resources for an extended time only to be killed and then you are unable to locate your corpse to loot the items that were already gathered. The large worlds welcomes your travels to discover the unknown, but this adventure can’t take place until many hours are spent going through the basics to establish your player from instantly dying. 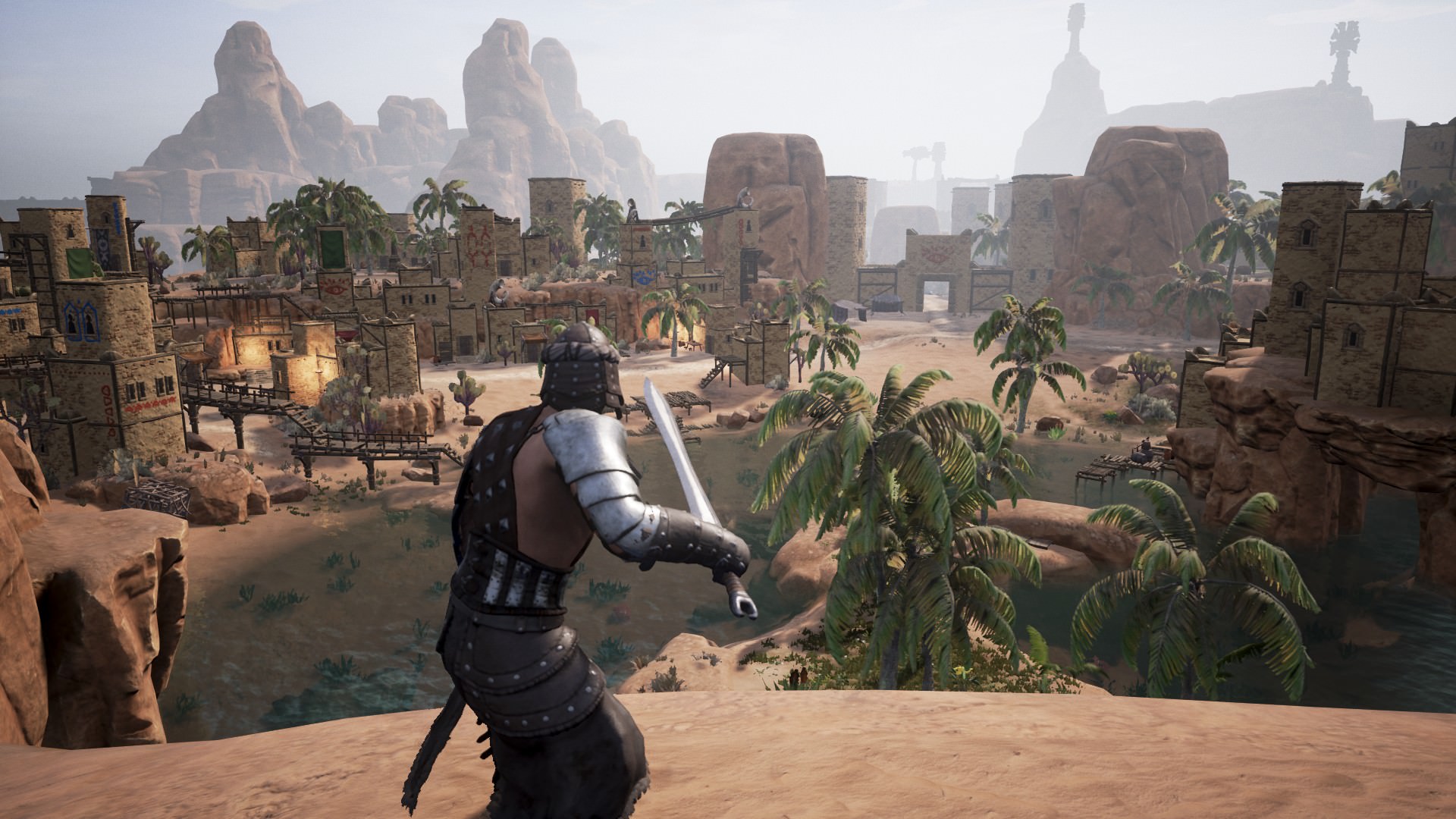 Conan Exiles is an unpolished and unforgiving trial and error survival experience that requires careful planning and exploration to adventure across the exiled lands. When at first you don’t succeed, try again. Everything is your enemy. If enemy NPCs don’t kill you, thirst, hunger, and weather conditions such as sandstorms will. The crafting system rivals most other games as it gives players a multitude of items to craft and create their own experience. Many hours of gameplay is offered by Conan Exiles, but players will first need to spend their time hunting and gathering before the true experience begins.