Since as far back as I can remember, I’ve dreamt of flying cars. As a kid, watching episodes of The Jetsons had me dreaming of a future where we didn’t need roads. As an adult, I’ve learned that maybe having road rage in the sky would certainly be a bad idea. In Cloudpunk, a game that combines elements of Blade Runner and The Fifth Element makes its way to consoles this month. Developed by Ion Lands and published by Maple Whispering, the game is set in the fictional city of Nivalis. If Cloudpunk’s voxel art style hasn’t grabbed you, I’m here to tell you why you should check it out.

Playing as Rania, you begin your new job as a Cloudpunk driver. You’ll pick up jobs and not so legal jobs from various inhabitants and ferry that cargo around the city. Passengers will task you with getting them across the city, too but the rule as a driver is to never ask questions about the packages or people you encounter. Easy enough, right? The game takes place over the course of one night but it’s a long night and includes many conventions associated with the cyberpunk genre. I noticed myself leaning into the side characters that Rania encountered but also found enjoyment in the narrative. However, there’s a ton of issues on the Switch that drag the game down. 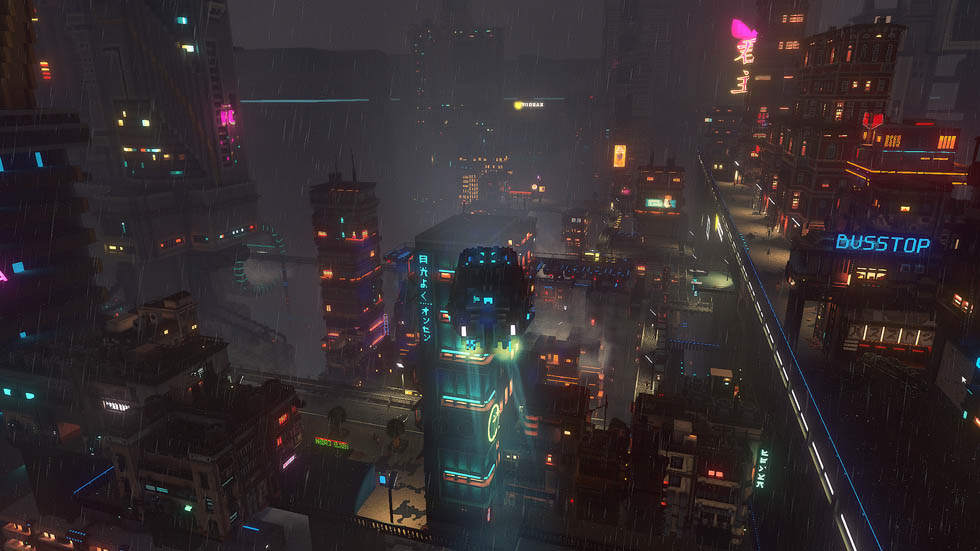 Cloudpunk’s biggest strength is Nivalis. To put it simply, this is a strikingly gorgeous title that utilizes voxels to maximum effect. Even with its gorgeous landscapes, however, the Switch port is mired with technical issues like draw distance. Incremental portions of the city load as you move around and it stutters more than I’d like to mention in the review. A game like this is effectively castrated on the Nintendo Switch and because the city is such an integral part of the gameplay, the work from the developers isn’t given the spotlight it deserves. If I could summarize this into one word, I’d tell you it was a mess.

I’m a huge fan of the voxel style and what sold me on Cloudpunk was the impressive trailers pre-launch on the Nintendo Switch. However, this all goes out of the passenger door when so many things work against the game itself. With time and some patches, Cloudpunk may very well have a better chance on the Switch, but as is, this is one stinker. This is a shame because the concept while familiar is one I thoroughly enjoy. 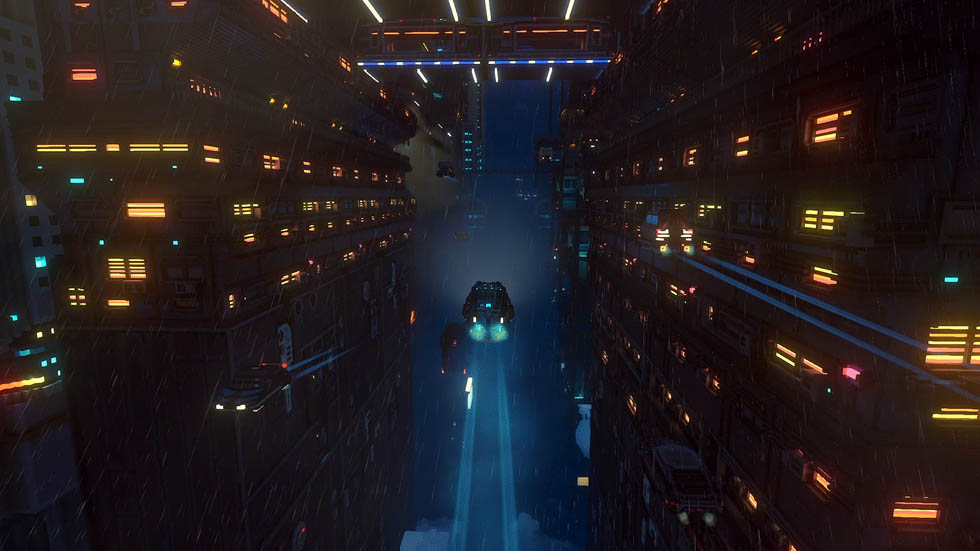 Cloudpunk’s striking visuals and rich environments are worth exploring the outlandish cityscape of Nivalis but on the Nintendo Switch do the game no justice. What I enjoyed the most was Rania’s position as a driver and her ability to peek at people’s life due to her career. Once they hop out of your ride, that is likely the last time you’ll see them but for that brief period of time, you were a fly on the wall in their life. That said, if you want to play Cloudpunk, I recommend the PC port because as it is, the Nintendo Switch version is lobotomized.