It takes quite the game to stand out in a crowded turned-based RPG landscape these days. Not all are alike, but not all ooze with style and substance the way Circus Electrique does. At glance, it may appear as a re-skin of other smash hits (and one of my favourites) Darkest Dungeon; but lucky for gamers the developers have done an excellent job of creating a unique steampunk London you’ll enjoy through deep combat and storytelling.

The Show Must Go On!

That’s essentially how Circus Electrique begins. A gung-ho reporter is reluctantly covering her uncle’s latest circus show when all of a sudden something goes wrong. Nearly everyone, except the circus performers and its staff, has turned “vicious.” This has them attacking anything that moves. Now it’s up to you to fight your way through Victorian London streets, continue to put on a good show for any visitors and find out how this all happened in the first place.

It’s all a great excuse for combat and a light base-management mechanic. The game wastes no time getting to the heart of the story. On one hand, this is great for gameplay, not much waiting around to be had here, but on the other, I found it all happened a little too quickly. It’s a minor problem because moments later the story and the game hit their stride in all the right ways. 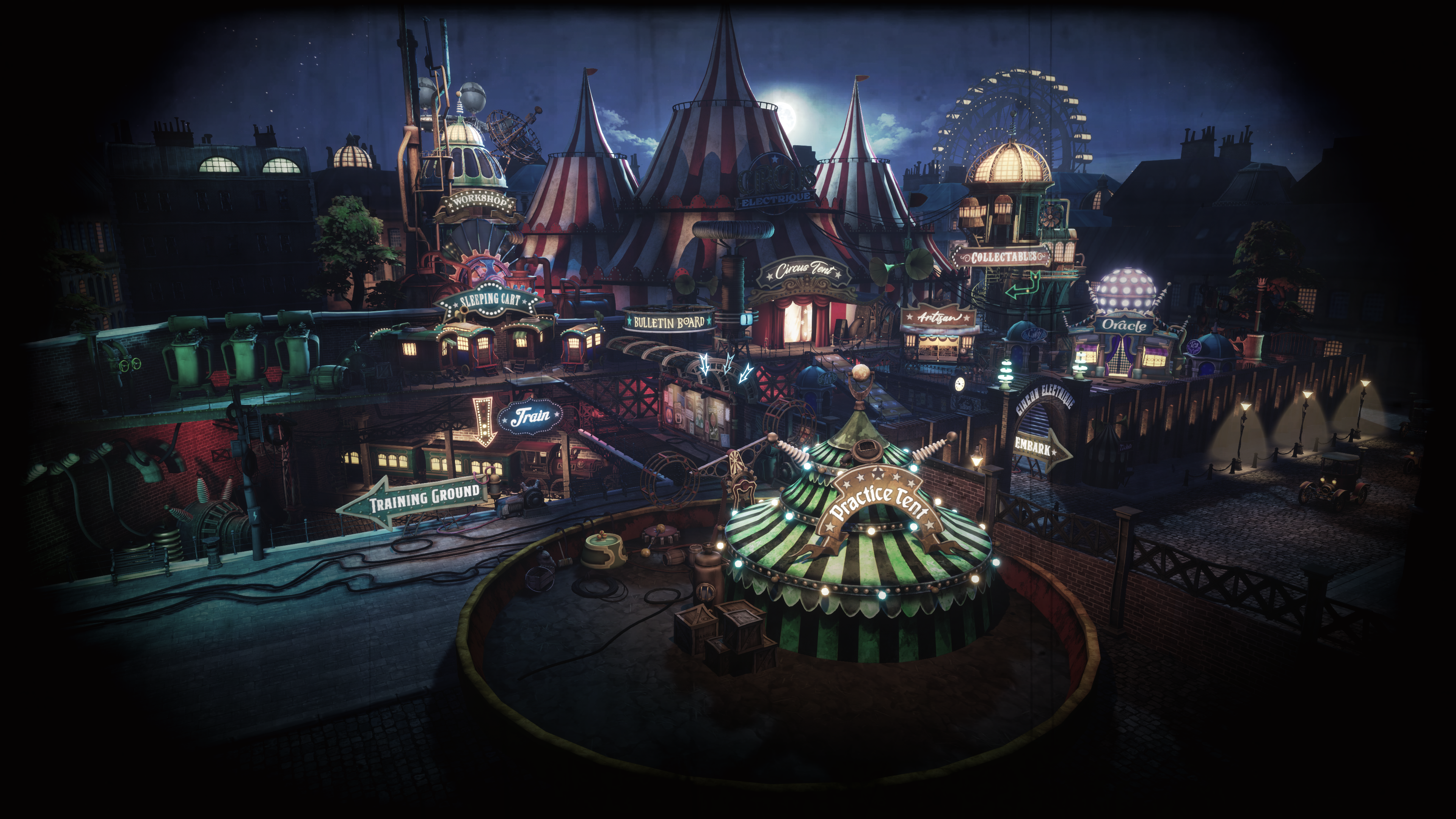 Tricks of the Trade

A whole lot is going on in Circus Electrique, so let’s start with the centre of the game which is the combat. You’ll have a chance to take out four performers each day. They’ll range anywhere from a fire-breather, to a clown, a ventriloquist, strongmen, and a handful of others. Each one with its abilities and attributes that can be upgraded, equipment slots, and preferences for which of the four slots they are most effective from in the four-person lineup. They’re all a blast to use and the various classes helped me fall in love with the gameplay in every fight I got into.

It sounds like a lot, but if you’re familiar with games like this it’ll quickly become second nature. If you’re not, the tutorial does a great job of not only pausing the action to teach you but also provides plenty of explanation. I found this to be helpful even as a veteran of the genre. 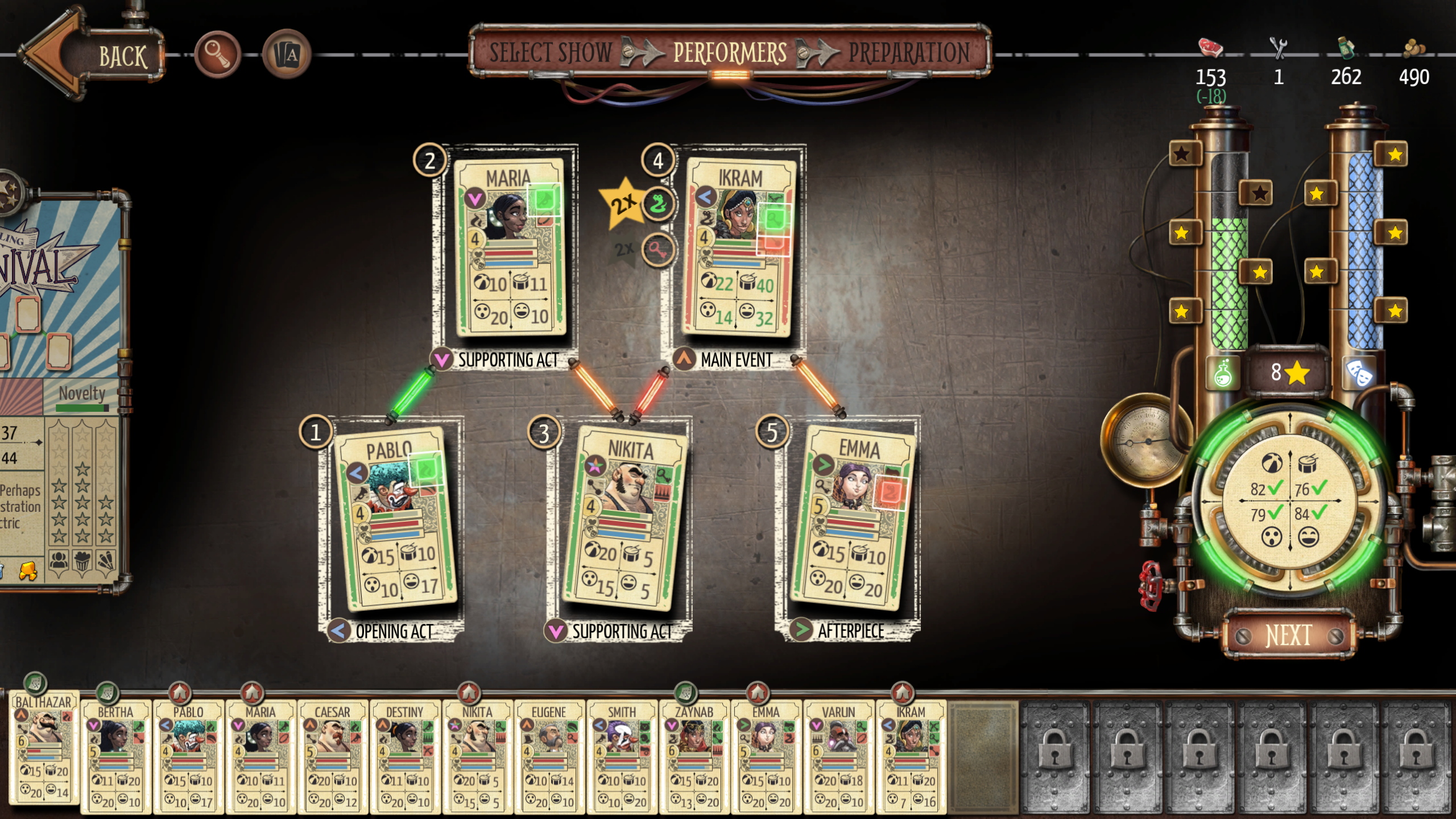 While in combat Circus Electrique has you manage your health bars and what’s called a Devotion meter. This deepens the combat significantly. If it reaches zero your performers flee the scene, if it reaches maximum they’ll develop special skills for that particular fight. Some skills will boost this for your team while decreasing the vice-versa. It all comes together quite nicely and gives you a great way to approach battles differently depending on your current roster and enemies in front of you. For example, in some tougher battles I found it easier to chip away at their Devotion and almost completely ignore their health. 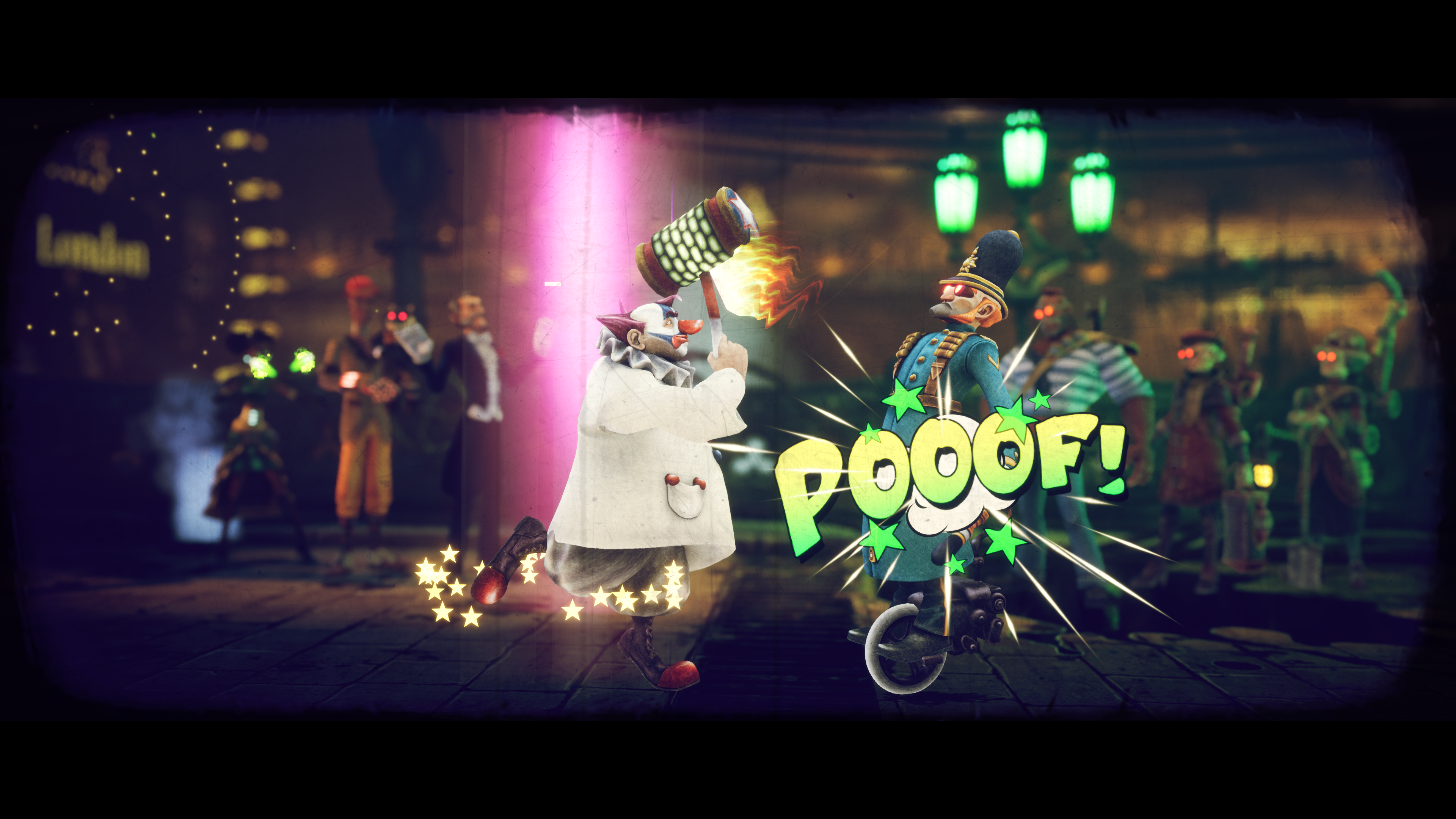 Next up is the circus/base management side of things. You’ll be able to train, heal, buy new items, learn new team-based abilities, and more. But the most interesting aspect of this is the daily task of creating a new show for visitors of Circus Electriques. There are several different combinations, but essentially you can assign performers that are not fighting that day to hit the stage instead. This will build up money, items, and experience for your circus. At first I found this to be cumbersome, but as soon as I unlocked a few different types of shows and new performer classes, it became evident that it’s a key to success in the story. 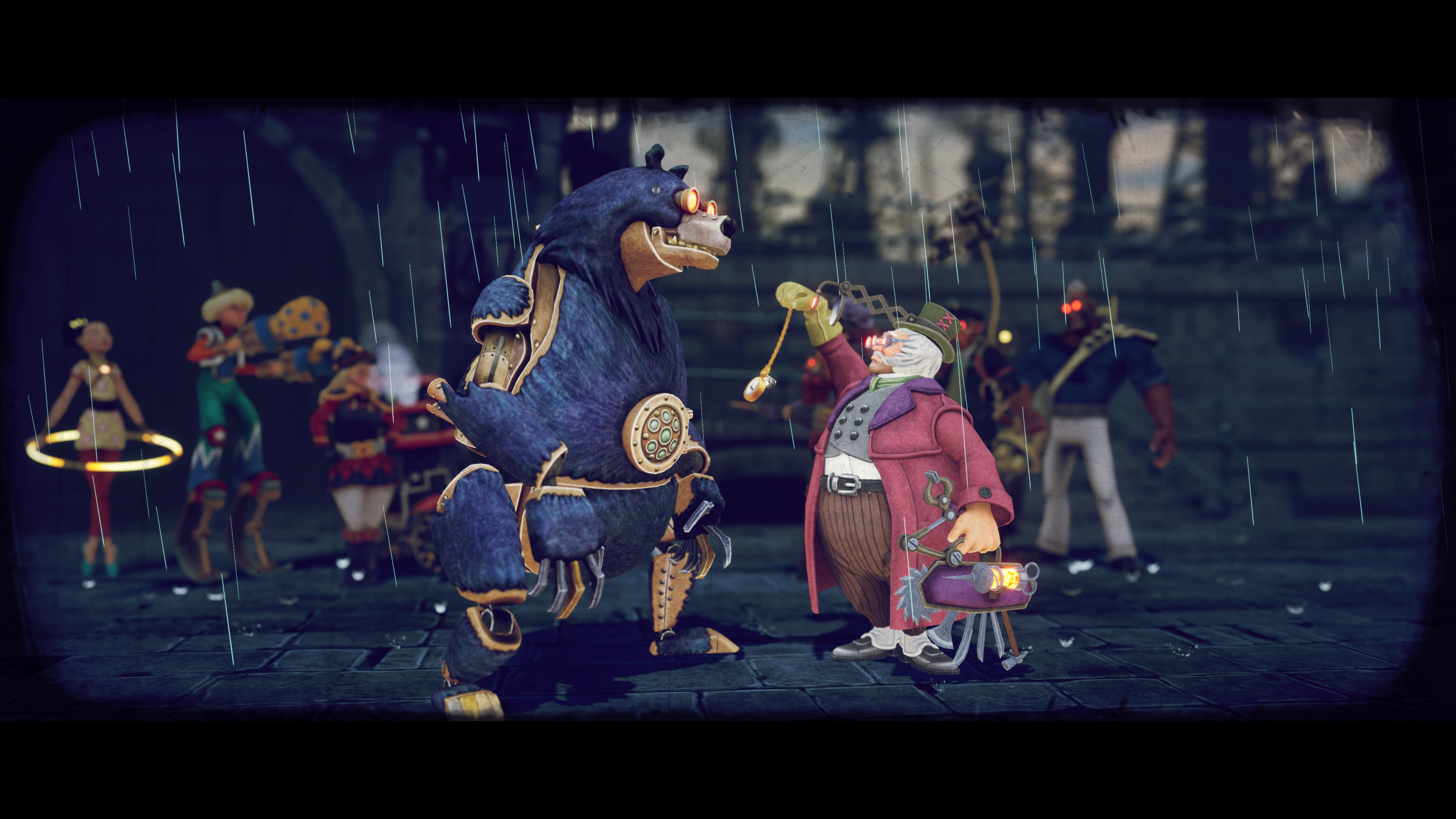 Everything I explained above is g I found my favourite aspect of Circus Electrique was the art-style and voice acting. I play dozens of indie titles each year, and most of them look great but this game is distinctive. Just take a quick look at the screenshots and video above and you’ll notice the characters and world have a great film grain feel. This is just the beginning as each performer and side character come alive with excellent variety with everything from their silhouettes, to their wardrobe, and their movement. 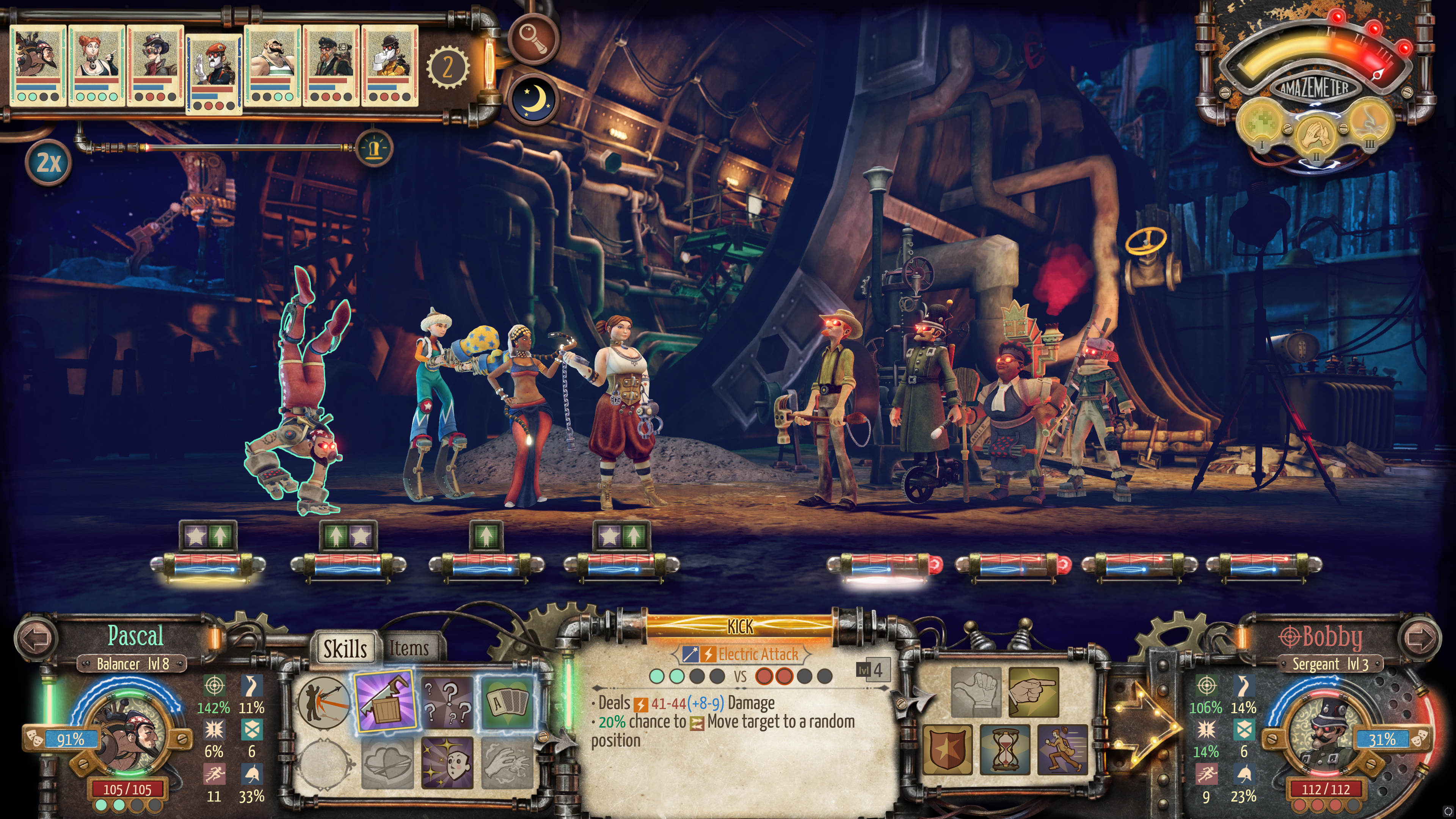 Every so often the game will pause and give you a chance to take in some story beats. These are mostly presented through dialogue between two or three characters. Each one is written well and the voice acted nearly to perfection. Some of the discussions are campy, while others are deep and serious. But all of them are wonderfully entertaining.

Circus Electrique should be a game that stands out above the rest through style alone. But if that’s not enough to sell you on it, be rest assured the deep gameplay is there and ready to be enjoyed. As I mentioned off the top, you have lots of choices if a new turn-based and team-based RPG is on your wishlist. But I would say take a good look at Circus Electrique as you sift through the long list on your console or PC, you likely won’t be disappointed.