Torn Banner Studios dropped the original Chivalry: Medieval Warfare in 2012 and created a chaotic, first-person melee brawler set in a medieval setting that was a ton of fun to play. Comparably, more realistic Kingdom Come: Deliverance came and went but never really captured me the way combat did with one of Toronto’s indie darling studios. What makes Chivalry fun isn’t that’s it is hyper-realistic, but that it’s a bit of the arcade side of gameplay, making it a ton of fun to play.

A decade later and the studio returns with Chivalry 2, a game inspired by the likes of Monty Python rather than Braveheart. It’s a bold sequel that deftly builds upon the base established a decade ago and improves on the things that made the original such a breakout hit. Do you want to face off against more people? You can do that. You want more weapons to use? Torn Banner has added more to use.

Chivalry 2 is a stellar follow-up

Chivalry 2 is a skill-based first-person hack and slash multiplayer game where 64 players face each other in medieval combat. There’s something for everyone whether they prefer to stick to objective-based modes or free-for-all bonanzas. Choosing one of two factions – the Agathans and or Masons – duke it out in some of the best melee combat out there, all the while completing tasks like laying siege to a castle or looting gold before time runs out. 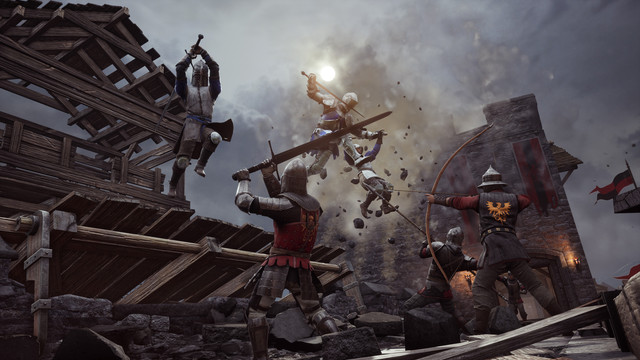 What Chivalry 2 excels at is the deep and complex melee system, players can swing, slash, thrust, parry, and time their attacks skillfully. Players can also pick up chickens, cabbages, and beat people to death with them. Chivalry 2’s sandbox mode has grown and with it, the absurd things you can do to others when engaging them in the battlefield.

You begin with four classes at the start – Archer, Knight, Vanguard, and Footman. With time, you’ll begin to unlock new classes and weapons, armour, and skills. The progression system is a great way to learn the ins and outs I think, with four starting classes branching into subclasses. Each new weapon and secondary weapon allow you some freedom to create a playstyle to your liking. There’s just enough freedom to fit everyone’s playstyle and it’s a great way to pick up on the nuances of each class. 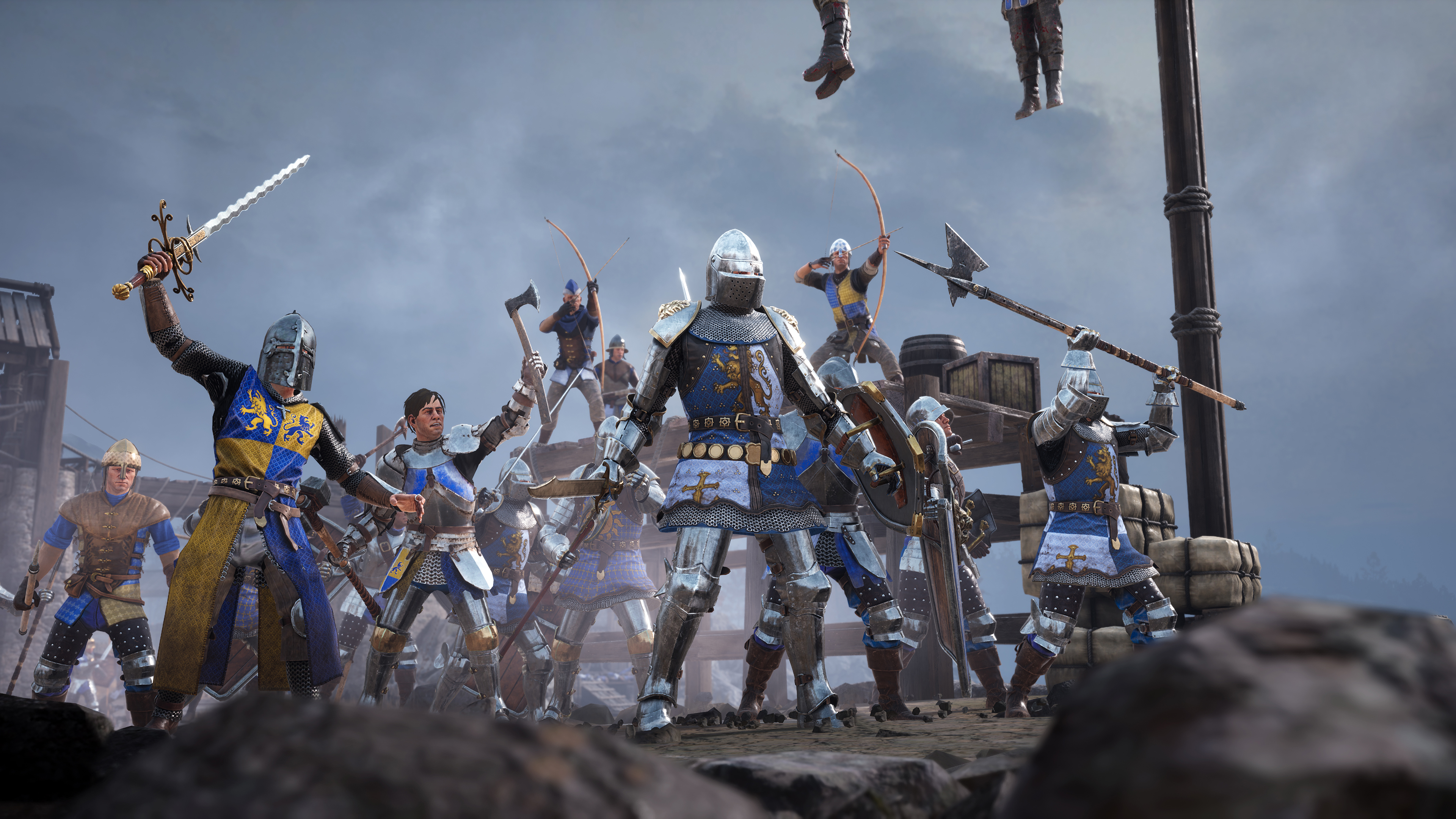 The learning curve in Chivalry 2 is steep but it’s never punishing to the point of frustration. The crude deaths and blood loss your player suffers from the loss of a limb or decapitation can often provide the best lesson. Learning to dodge or counter with the right timing comes with practice and a lot of dying, but by nailing those aspects, the combat becomes so much more rewarding. Of course, you’re limited by your stamina meter and whatever cooldowns your skills have, so learning the opportune moment to strike is crucial to survival. 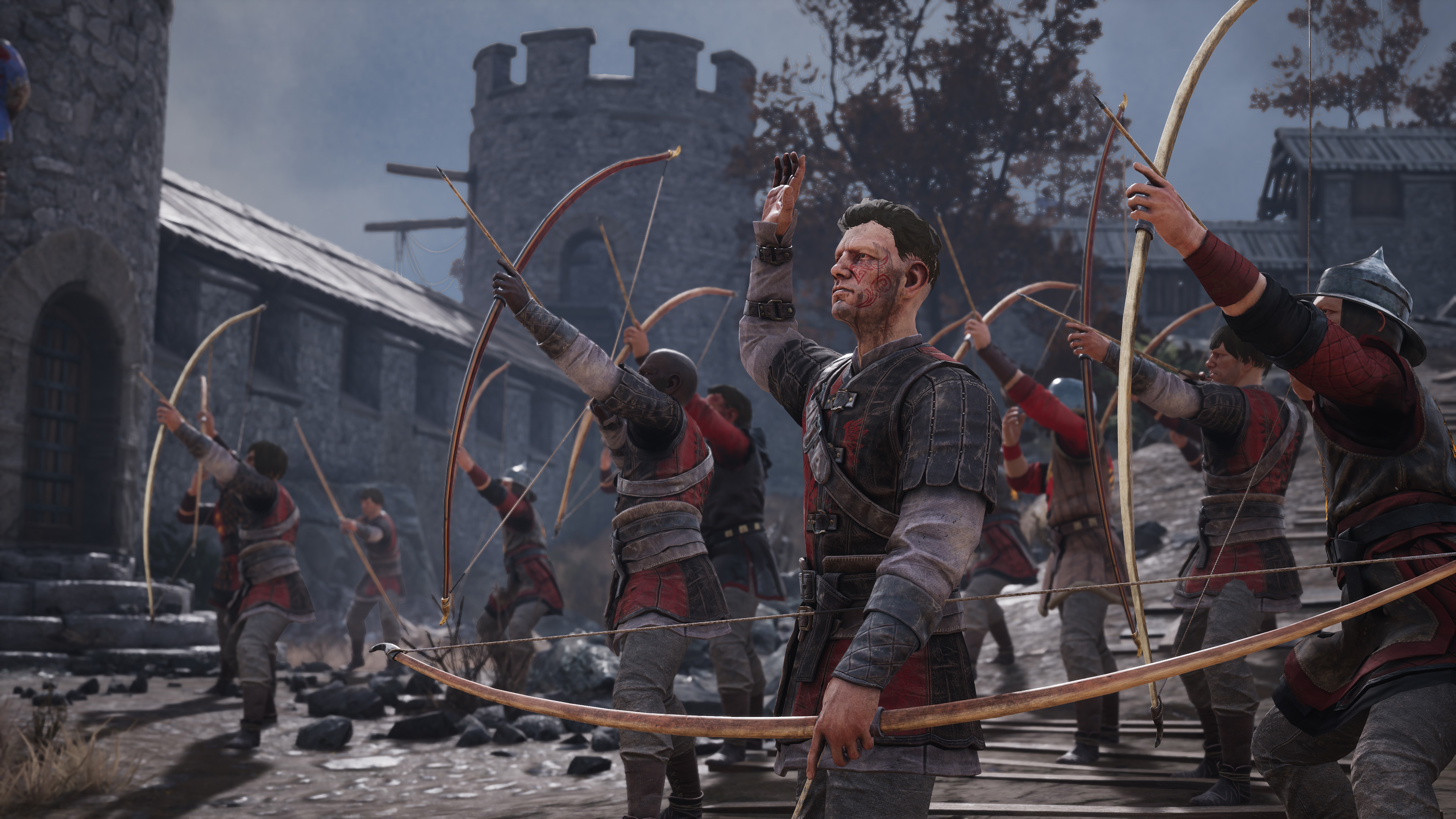 Chivalry 2 is one beautiful game and I’ve had no performance issues in over two dozen hours of online multiplayer. There are some minor technical issues and the game’s launch was hit with some issues but a lot of the issues seem to have been alleviated in the last few weeks. With gorgeous 4K visuals and consistent 60 frames per second, combat is smooth and satisfying. Even in more chaotic moments, there are next to no drops in frames or even slow down and quite frankly, with 64 people clashing at once, that’s impressive by any means.

Chivalry 2 is a stellar follow-up to Chivalry: Medieval Warfare. With more people, the objectives are more fun, the gameplay is finely tuned, and death is but a flesh wound. The maps included are great and look fantastic, and there’s always something to do. All of the weapons are inherently fun to use whether you’re swinging a sword or axe and combat is simple enough to pick up requires some skill to master. Finding a worthy opponent in battle and charging them are some of the most exhilarating moments you’ll have playing Chivalry 2 and there is a bright future ahead for those who stick around.