The only shark I ever liked was the Game Shark. The device would allow you to modify your video games and allow you to add options like infinite health, max ammo and more depending on the game. Now after playing Card Shark, I found the second shark I like.

Jokes aside, as a kid a deck of cards was a great thing to have when you had friends over. We would play crazy eights, war, and go fish and it was easily some of the best gaming I’d experienced at that point. Simplistic, fun, and refreshing to the brain of a seven-year-old. It isn’t much else I can say but the premise of the newest game from Devolver Digital and developer Nerial sent my brain back a few decades.

Card Shark isn’t about playing cards, it’s about the bamboozle

Card Shark is set in 18th century France where you play as a man without the luxury of being able to speak. The Comte de Saint-Germain decides to take you in and teach you some less than upstanding skills like fleecing in cards, how to cheat and get with it, and the arts of deception. Basically, it’s a degenerate in aristocrat clothing who teaches you to pull the wool over people’s eyes. 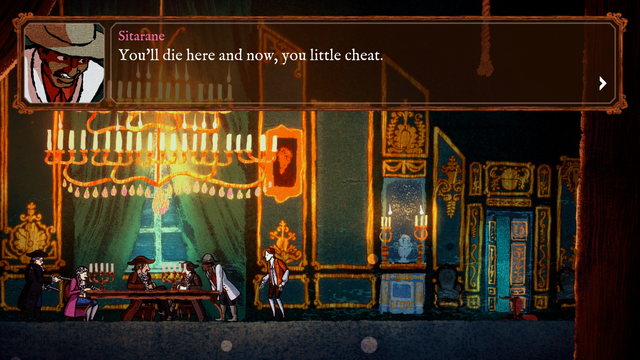 With your new set of particular skills, you must learn to exploit and uncover the darkest secrets of the aristocratic society. Together with your mentor, you’ll explore France and learn something new at each destination. With your newfound techniques (a total of 24) your goal isn’t to play cards but use your skills to utilize sleight of hand maneuvers to fleece your opponents of their cash before moving on to the next parlour. Some of the tricks you learn are easier to pull off than others, and others can often be tedious or frustrating to use. I even failed a few times when trying to game a mark before needing to step away from the game and then returning to overcome the challenge. A lot of the maneuvers come to do memory challenges and ensure you’re following through the way you were taught these moves by your mentor. Before you pull these techniques on your mark, Card Shark gives you the opportunity to practice them to gain an understanding of their principles. 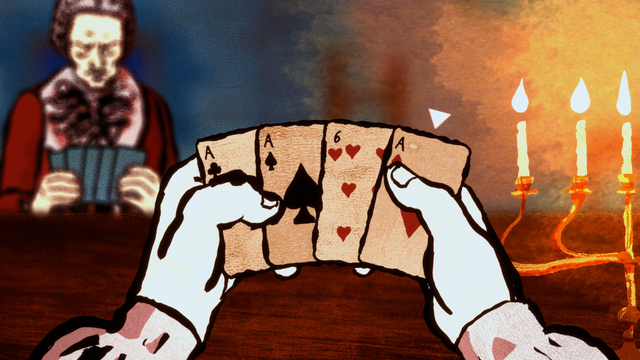 Nerial does a great job at pacing the game out so you can pick up each technique before having to deploy it. The only downside as I’ve mentioned before is remembering the order you need to proceed to pull the sleight of hand off. This is where some of the tenser moments Card Shark offers generally appear — when you aim to make sure no one catches you cheating them and the further into the game you proceed, the bigger the stakes at the tables.

If you end up having trouble with the mechanics, the included Hint system will be there to help identify the correct cards and which signal you will need to remember. Card Shark comes with three difficulty levels with the lower levels including more time to raise the suspicion meter and perform tricks while the harder difficulty makes things trickier and prevents you from using Hints if needed. 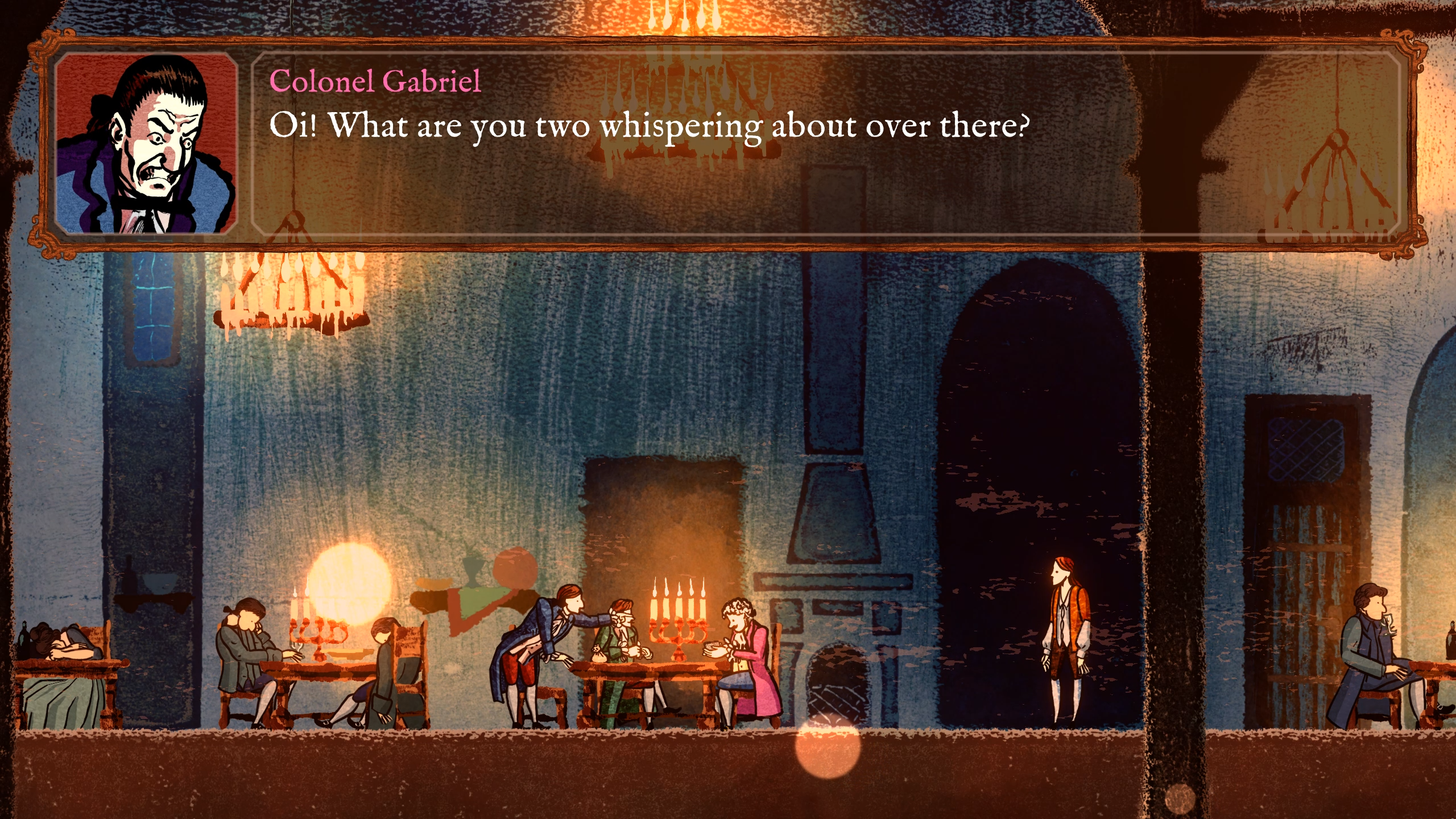 Furthermore, while the gameplay is a good way to learn patterns, the graphics are no slouch either. A lot of it is stylized thanks to the work provided by Nicolai Troshinsky. With Nerial, Troshinsky began developing the visuals while learning probability. The visuals used in Card Shark are known as monoprinting — the process of stamping individual shapes of paint and then layering them on top of each other. It’s something I’ve never seen before done in video games but it certainly does leave a lasting impression and fits within the narrative of being in 18th century France. Card Shark is a great game from the developers of the Reign series. It’s got a lot of charm, excellent writing, and a great narrative. Everything comes together to deliver a game that is quite often a humorous and satirical hit. Aside from some tricks being a bit too hard to remember, Card Shark’s mechanics are often tense and lead to some promising circumstances.

Recommended
Stunning animation style
Interesting gameplay mechanics
A story worth experiencing, no card skills necessary!
Some tricks can be hard to perform and remember
Related