Before digging into this review of Call of Duty: Vanguard, we’d be remiss if we didn’t acknowledge the deeply upsetting and damaging state of affairs at Activision Blizzard. It has come to the industry’s attention that for years, Activision Blizzard has enforced a culture of inequality, toxicity and sexual misconduct, among other forms of grotesque behaviour. It has also come to light that CEO Bobby Kotick has allegedly covered up and even engaged in such behaviour for years.

Console Creatures has joined many other outlets in calling for the resignation of Bobby Kotick. It is time for significant change to take place not only within Activision Blizzard, but to have such change be the catalyst for better working conditions across the video game industry.

We understand that these events have led to some complex feelings around purchasing and playing Activision Blizzard games. Whether you are put off of these products at the moment or feel compelled to support the hard work of the developers, we hope you use this review as a way to navigate these circumstances, or at the very least encourage you to dig deeper into what is going on and advocate for change.

Depending on who you are, a new Call of Duty game is either an anticipated release or an existential reminder of your own mortality. Another year, another CoD. But despite the franchise’s predictable, prolific output, its importance and popularity cannot be denied. With Vanguard, we come back around to one of the most familiar backdrops in entertainment history: World War II.

I fully realize I might be in the minority here, but I strongly believe WWII well has yet to be dried up. There are so many components of this era that have yet to be delved into in mass media. Many movies, television and games seem to consistently obsess over the Pacific theatre, D-day, the invasion of Poland and a selection of some other events. While these all bear excellent opportunities for storytelling, learning and historical findings, countless other events and figures within WW2 seem lost to time in broader pop culture. Luckily, the writers of Call of Duty: Vanguard seem eager to explore the lesser-approached angles of this era. Unfortunately, the creative limitations of a mass-market, multiplayer-focused game become apparent in the way the campaign was constructed. The quality and impact of the overall story suffer as a result.

Vanguard is a scatterbrained story of comradery

In this campaign, you play as an ensemble of elite soldiers tasked with taking down “Project Phoenix.” This project is a secretive Nazi plot to swiftly bring back Germany into power post-Hitler, via the rise of a new “Fourth Reich.” It’s so secretive, in fact, that many Nazi officials didn’t even know about it. Thus, half of the task is finding out what Project Phoenix even is while simultaneously trying to foil it. This is where we get introduced to our cast of protagonists on their gruelling, complex mission.

The premise is quite gripping. From the get-go, there seems to be a desire to tell the aforementioned hidden stories of WWII. That intent seems especially apparent when it comes to Polina Petrova, played wonderfully by Laura Bailey. She is based on a real, esteemed Soviet sniper named Lyudmila Pavlichenko, one of the most successful female snipers in recorded history due to her confirmed kill count of 309. Thankfully, Polina is an excellent character with emotional depth, high-stakes motivations and well-rounded characteristics that make her feel whole to the player. 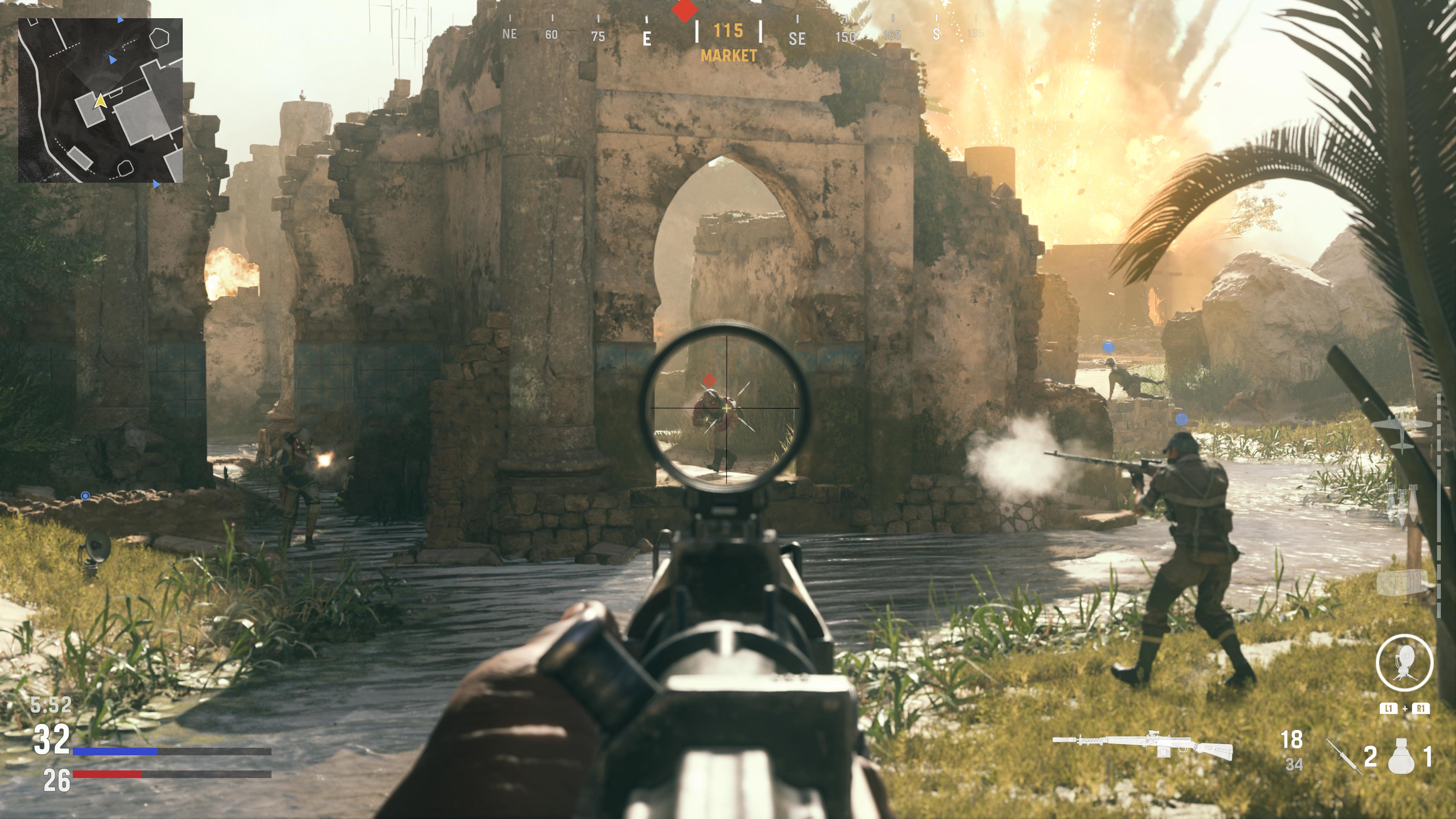 Sadly, that is pretty much where any semblance of consistency and emotional investment starts and stops. While the rest of the cast certainly had plenty of potential—none of them being bad characters by any stretch—they are given very little meaningful context outside of some previously hard-fought battles in the early stages of the war. By no means are their flashbacks insignificant, but when contrasted with Petrova’s, it makes for a very underwhelming narrative delivery. This also rings true when considering that the campaign was intentionally designed around this cast of distinct characters each getting their moment to shine. A storytelling choice like that means the player should care a fair bit about each member. But the scales are tipped too far in Petrova’s favour.

Well, there is one example of a character that got slightly closer to reaching those heights: Wade Jackson. An ace pilot with cheeky arrogance and a close comrade named Mateo Hernandez. At the risk of spoiling certain story beats, Jackson and Hernandez end up stranded in a fairly remote location. After reuniting, they are rescued by the 93rd infantry division, a segregated unit of the United States Army. As this is unfolding, I thought that I was in for a real highlight of the story. A chance to learn more about the 93rd division and Wayne Jackson all at once. 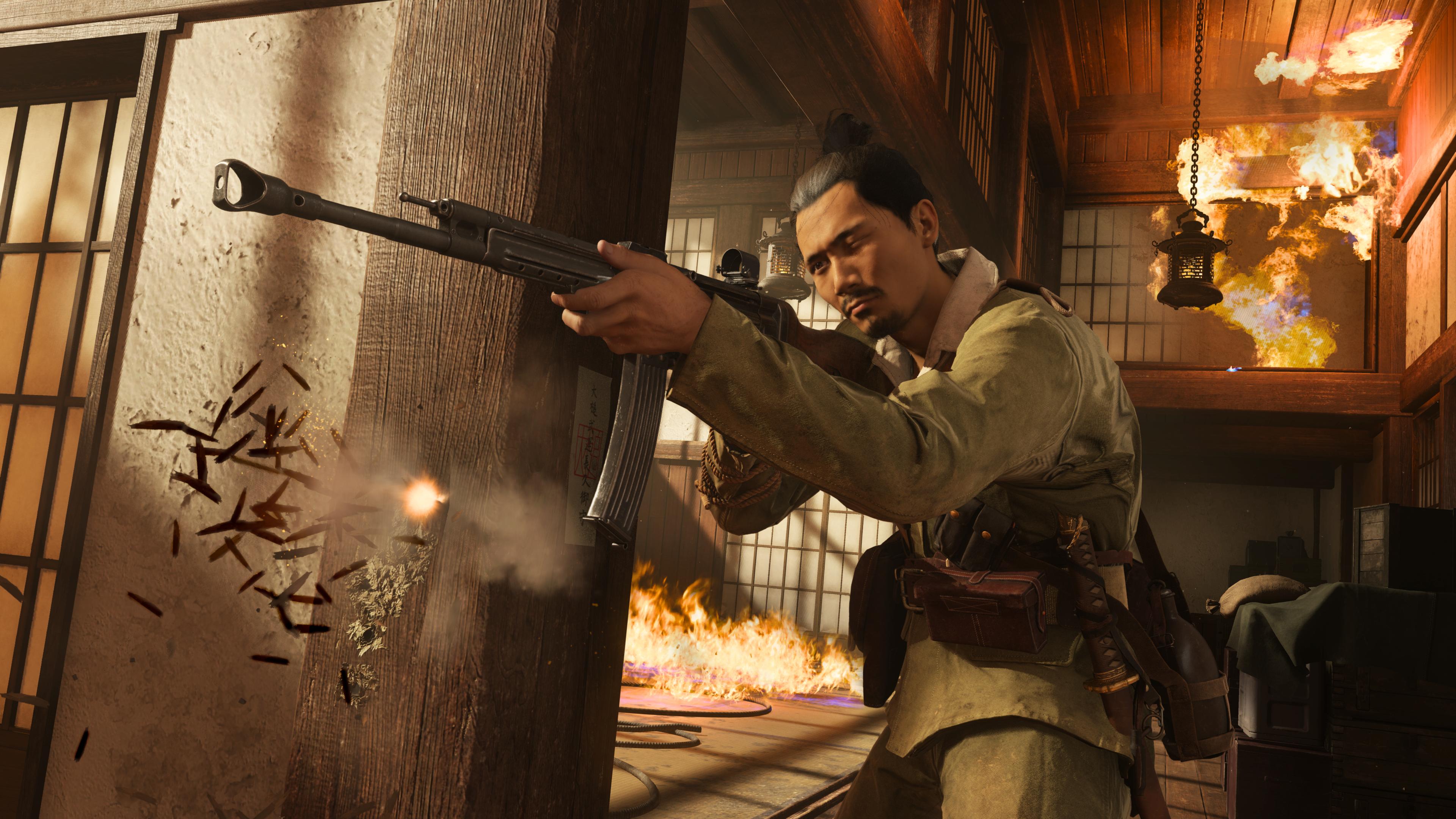 Instead, it was merely a surface-level reference that was inserted to remind Jackson of the importance of having a team, instead of always flying solo. Not only did that cheapen the appearance of the 93rd division, but it was a point of character development that I felt was already being demonstrated through his friendship with Hernandez.

Aside from my gripes with the actual historical content, there were other rushed components of the experience that made Call of Duty: Vanguard’s campaign underwhelming. Mainly, that there really isn’t any explanation as to how these masterful combatants got together. No cinematic moments or gameplay that puts these four playable puzzle pieces together; you’re just thrown into the action and given exposition that is brisk and riddled with the other issues I’ve gone over. On top of that, there are only two playable missions in which you actually play as the entire vanguard together as a cohesive unit. 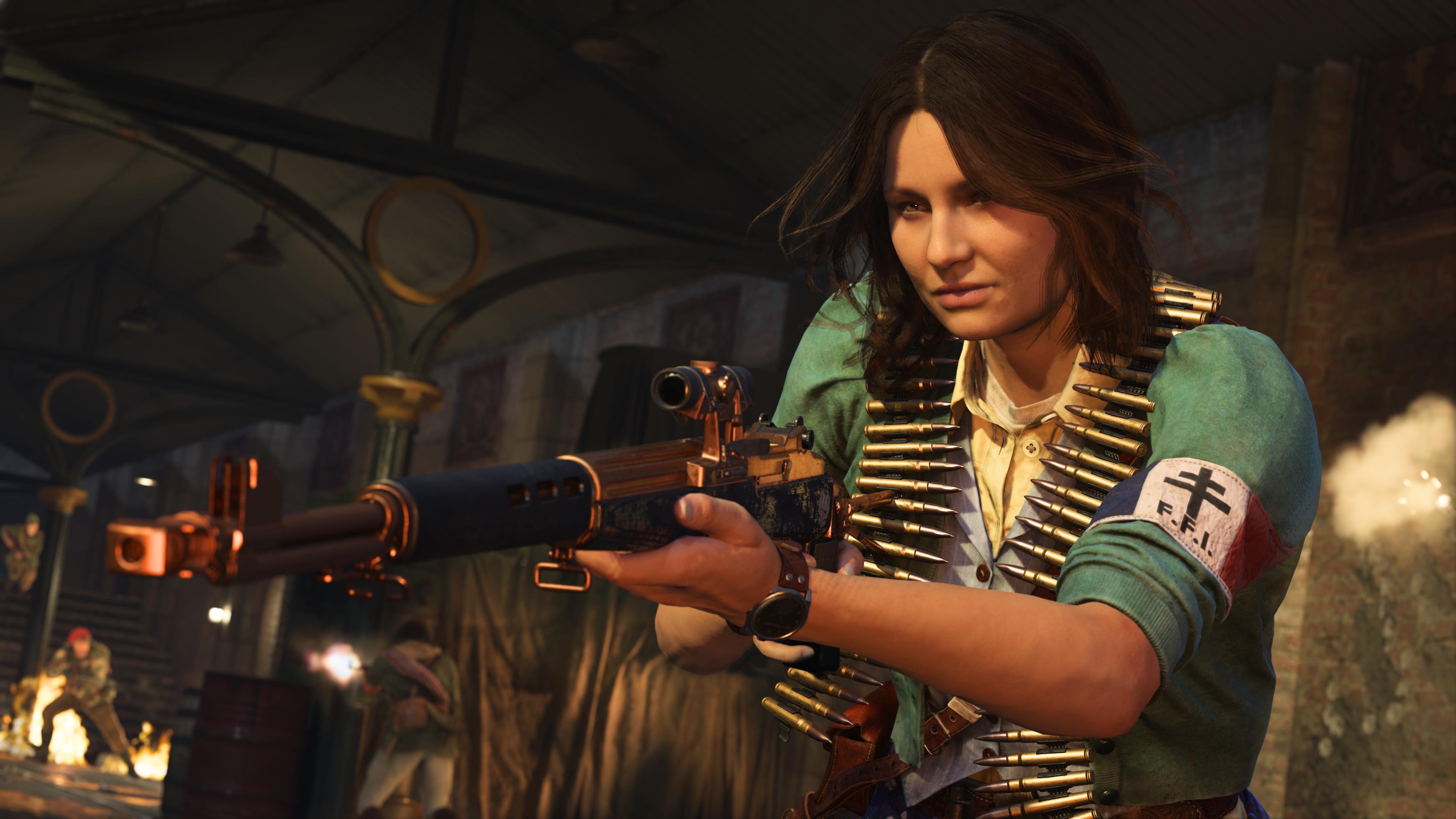 All in all, Call of Duty: Vanguard’s campaign is a mosaic of unique WW2 angles that fail to go deep enough to have staying power. I truly believe the writers at Sledgehammer Games have excellent ideas when it comes to exploring this storied war, but they are, ironically, hindered by the format of a blazingly fast 7-hour story for one of the largest mainstream audiences in all of entertainment. A game based entirely around the story of Polina Petrova would have been marvellous, but I get the sense that something like that wouldn’t be feasible within the current  CoD campaign format for reasons out of the developers’ control.

As for gameplay, performance and other technical qualities, there really isn’t much to say. The environments looked stunning on my Xbox Series X, and frame rates steadily coasted the entire time. The gunplay felt quite responsive, and I actually appreciated some of the slower, even clunkier reloading mechanics of certain weapons, as it always felt intentionally designed to immerse you in the WWII era.

This is the bread and butter of an annual CoD release. The fast-paced, competitive playlists result in a rank progression that corresponds with cosmetics, perks, killstreaks and more. As far as online matchmaking goes, not much has changed, but it’s solid all around! Even without buying into the battle pass, I felt like I was rewarded for a solid performance, and grinding out long marathons of matches.

There was an interesting layer added to this progression via the operators. Much of them are characters who don’t actually appear in the campaign, alongside the four core characters. Each one has its own level that pairs up with various cosmetic rewards. It was never my true motivation when entering a match, but it was always a pleasant cherry on top when I finished up a play session. It also came with decent challenges to crank out which not only adds operator experience points but also lets you unlock new operators altogether. 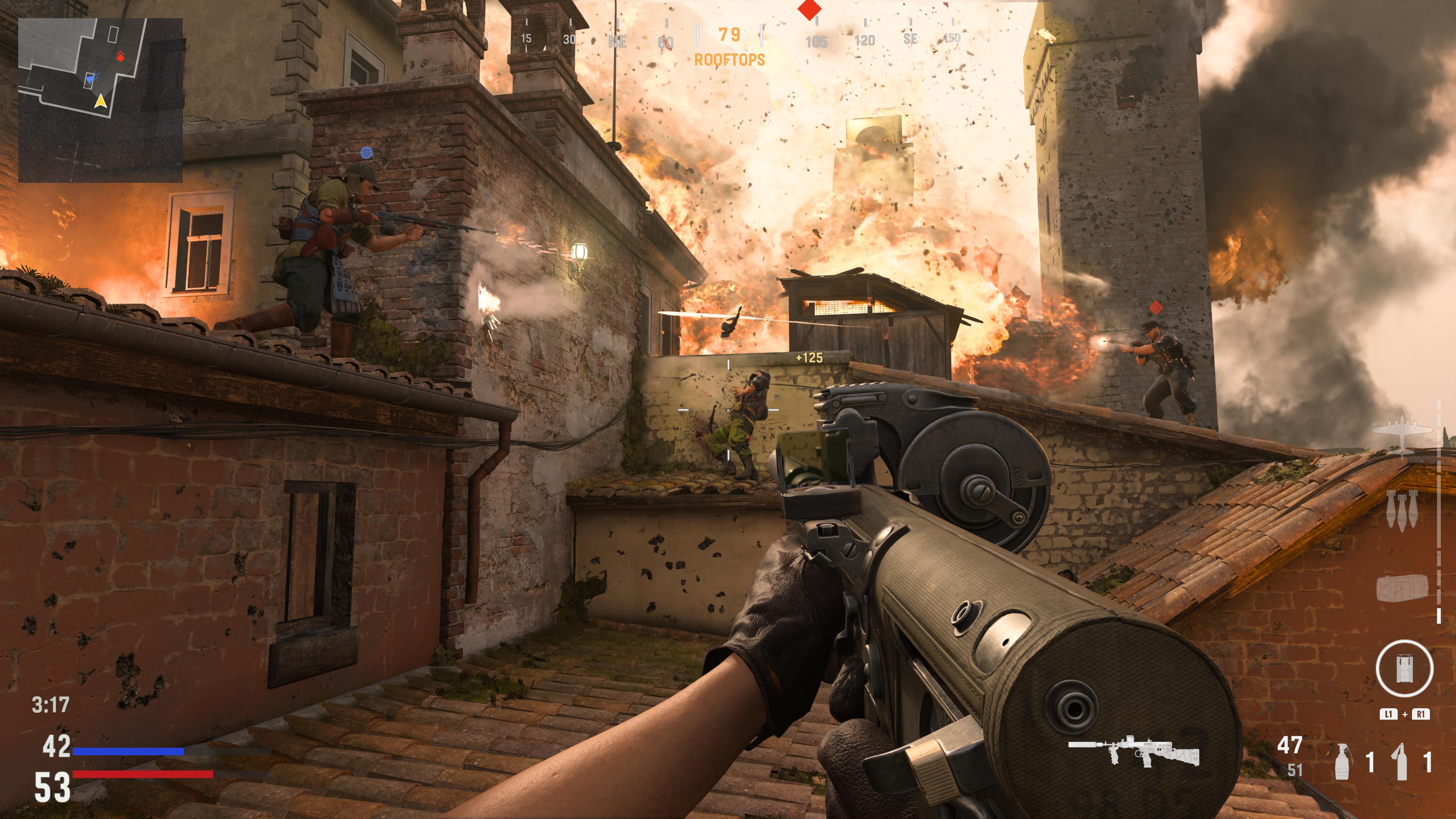 As for core gameplay itself, it felt tight and just what I came to expect in the best way possible. The maps were real standouts to me. Various war set pieces felt organic in their construction, leading to meaningful movement and tactical approaches that weren’t always super predictable off the jump like many lane-based maps can be. Some of the more close-quarter ones suffered from this cliche a little bit, such as “Das Haus” and “Numa Numa.” Whether it was 6v6 or 16v16, I rarely left a Call of Duty: Vanguard matchmaking session unsatisfied.

I alluded to multiplayer having “mixed results,” so where do the issues come from? Well, zombies are where things go downhill. Yes, it is a game mode you can play solo, but I personally consider it a multiplayer staple of CoD. When it’s in prime form, CoD zombies is one of the best cooperative game modes in the entire FPS genre. Unfortunately, it is not in top shape in Vanguard. 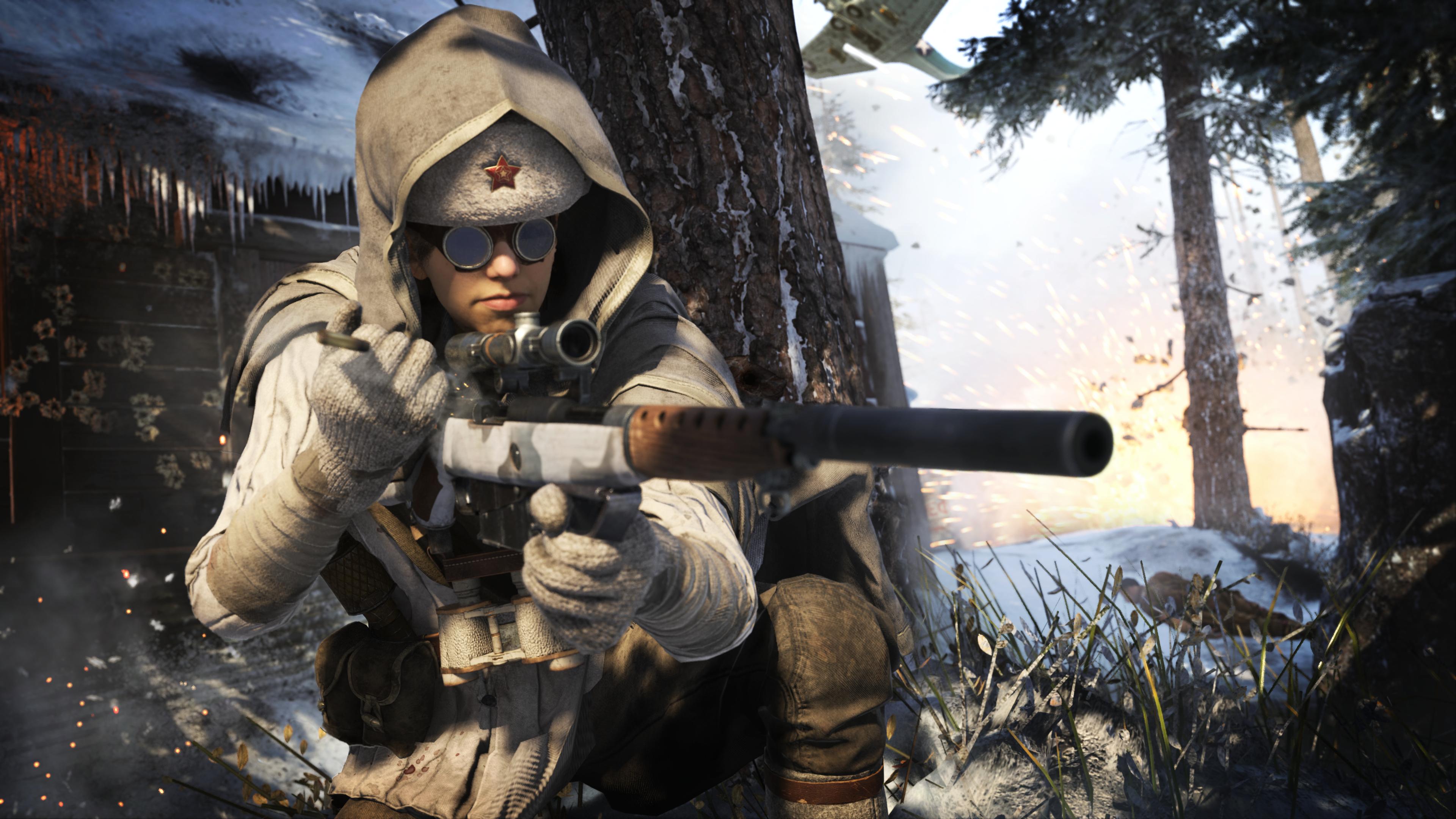 The beauty of zombies came from their simplicity: waves of enemies that increasingly become more and more difficult. However, Vanguard’s iteration, developed by Treyarch, seemed to just overcomplicate things. Mainly because it focuses on an objective style of gameplay that is incredibly repetitive, as opposed to its roots as an all-out firefight against the incoming horde filled with dynamic changes and easter eggs. Online matches had me cycling through the same small handful of objectives to complete with my party, with no extra bit of cinematic flair or significant enemy changeups to make trudging through worthwhile. It also felt like progress could be undone so easily in a way that made me dread playing at times. In fairness, this is the first zombie mode I’ve played in years, so that sensation could be disproportionately felt. But nevertheless, there was simply not enough content in this beloved game mode to dig into.

Treyarch has come out and said that a main, overarching questline will be coming sometime in December, along with more objectives. Additionally, many bugs were swiftly fixed in a patch shortly after release. This leads me to believe that zombies may still yet be redeemed and that the developers are listening to feedback. So if you tend to purchase CoD primarily for zombies, keep your eyes peeled in the coming month or so for any significant improvements. 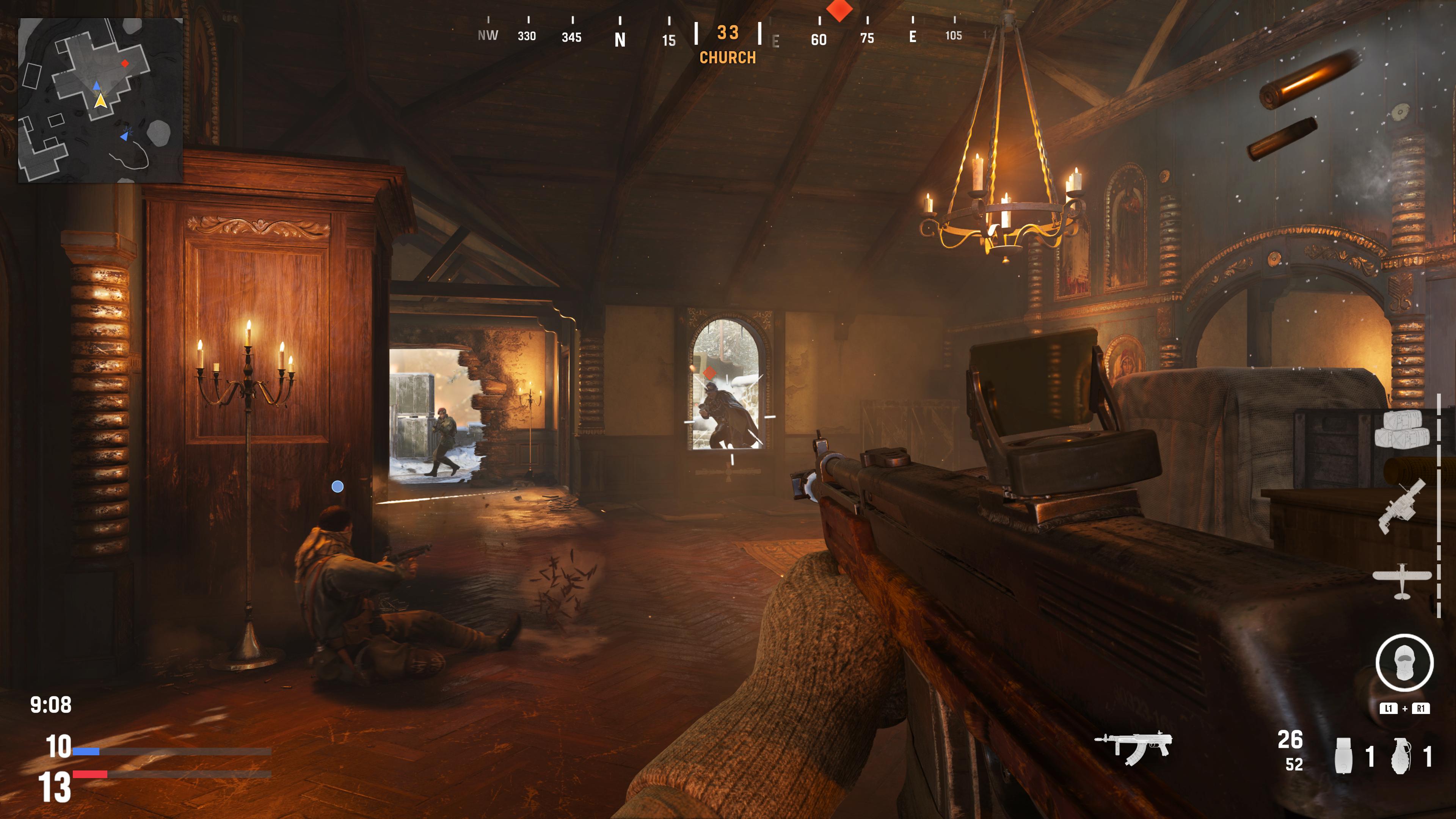 My time with Call of Duty: Vanguard is one that left me so conflicted. On one hand, I don’t necessarily regret playing through the campaign, but I can’t recommend it to core fans or even newcomers for that matter. Many of the things that would have satisfied a player like me are likely narrative decisions that might not appeal to a lot of the core audience, especially when the focal point of this franchise is around competitive multiplayer. Speaking of, matchmaking is the highlight for me in this entry, but I’m not sure it’s enough to justify a full-price purchase. That point is only amplified when you consider that a pillar of CoD cooperative action, zombies, is in such a rough state in Vanguard.