Last year’s release of Call of Duty: WWII delivered a solid single-player cinematic performance alongside the familiar online and zombies experiences. The gaming community was initially shocked when Treyarch announced that their upcoming Call of Duty title would solely focus on creating an online experience unlike any other from past iterations. We will take a look to see if the absence of a single-player mode can be overlooked and if Treyarch’s online elements are crafted together to create a definitive online Call of Duty experience.

Competitive – What Is Your Specialty?

The classic competitive multiplayer gameplay returns with the familiar experience that players have come to love over the many releases of Call of Duty titles. The game mechanics of environment traversal such as wall running and boost jumping have been a welcoming removal in the latest installment and Treyarch has prioritized enhancing the fast-paced chaotic combat sequences that fans have come to expect from the franchise. Players will also have to heal themselves after receiving damage, adding another layer of strategic decision making while engaging in combat. 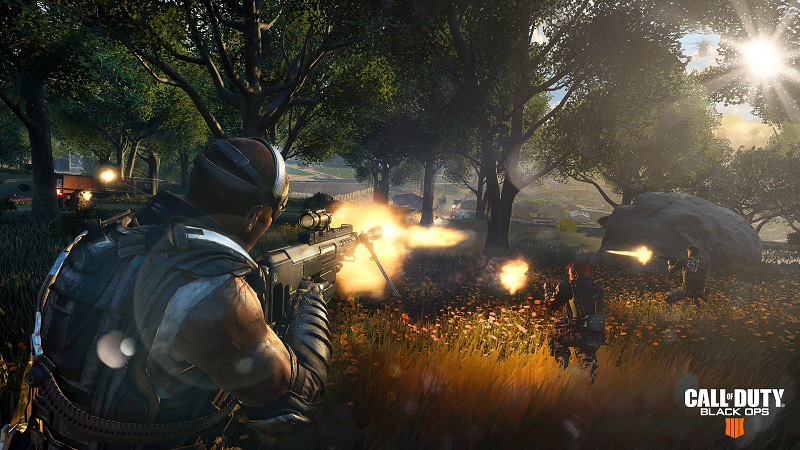 There are several Specialists to choose from, each offering their own unique benefit on the battlefield. These Specialist abilities have an impactful implementation and cycling between each one offers a new refreshing experience within each engagement. A well balanced team of Specialists will also create a more beneficial and cohesive unit to inflict damage upon the opponents.

Narrative sequences are delivered through Specialist missions that do not fully replace the single-player campaign that we have familiarized ourselves with throughout the numerous iterations of Call of Duty, but it does enhance the overall journey as these missions give us an in-depth look into each Specialist, their advantages, and how to eliminate them if encountered.

New maps are refreshing as they are not simple boxed corridors, but also having maps from previous Call of Duty titles makes for an expansive competitive experience. I still wish there was a complete list of maps available to choose from after each match, giving players total control of which map to play in next. Combat feels balanced, regardless of level, and spamming grenades is currently non-existent as it is unlocked at a much higher level, reducing the annoying blind-throwing of them across the map. At times you may find yourself being killed immediately after spawning, a problem that has always been part of the Call of Duty experience as teams push across the map changing the spawn points. Killzone’s online component removed this problem by placing turrets to guard their bases. Treyarch may want to take a look into something similar in the future. 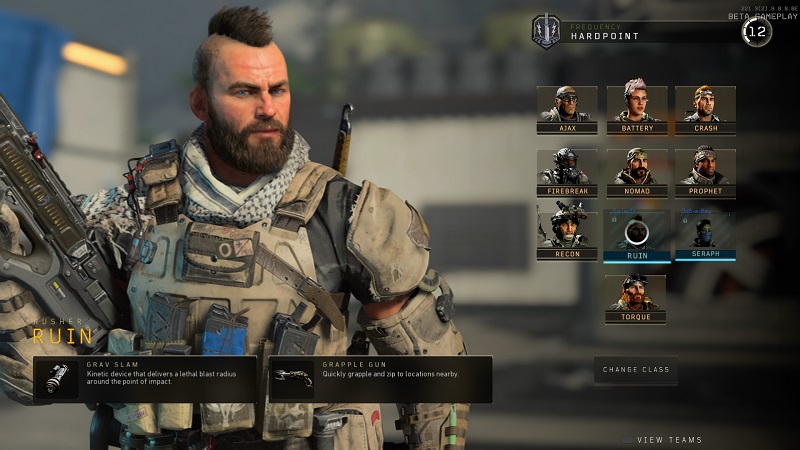 Blackout – When The Lights Go Out

The new Blackout game mode features a realistic battle royale experience that will have players engaging in combat either solo, duo, or as part of a four man squad. Tactical deployment onto the large battlefield plays an integral role at quickly retrieving essential weaponry and gear to survive the first few minutes as every soldier struggles for survival. As is common among other battle royale titles, you will have limited time to scavenge before the clock runs out and forces you to relocate to a new destination. The path you decide to take will be filled with enemy opponents, hazardous terrain, and even zombies.

You will want every advantage over your opponents, so looting supply drops and ridding zombies to unlock the mystery box will reward you with the most powerful gear that Blackout has to offer, including a Ray Gun. Zombies in Blackout are significantly stronger so only approach them with a worthy arsenal. There are numerous of weapons to acquire scattered around the environments, but it only took a few matches to acknowledge that the proper utilization of equipment that you discover can significantly improve your chances of attaining victory.

Late-game combat offers countless heart-stopping moments where fear can result in being defeated. Having a look at what perks and items you have acquired can combat this fear and help you overcome each enemy you encounter. Using a sensor dart or recon car to locate potential nearby threats is the safest way at surprising enemies. Throwing a concussion or a 9-bang will quickly immobilize and blind opponents giving you the necessary time to deliver the killing blow as seconds is all it takes to win or lose. My personal favourites are the mesh mine, which can be rigged behind doors and across walkways as you lure victims in, and the smoke grenade which creates a shroud of smoke for you to travel through concealed. Learning when to properly utilize these items will greatly increase your number of kills and help you reach the top ten. Keeping an eye out for perks such as dead silence are also extremely important in avoiding detection. Players must earn every kill and the final few kills result in a sense of accomplishment that is also present within other battle royale experiences. 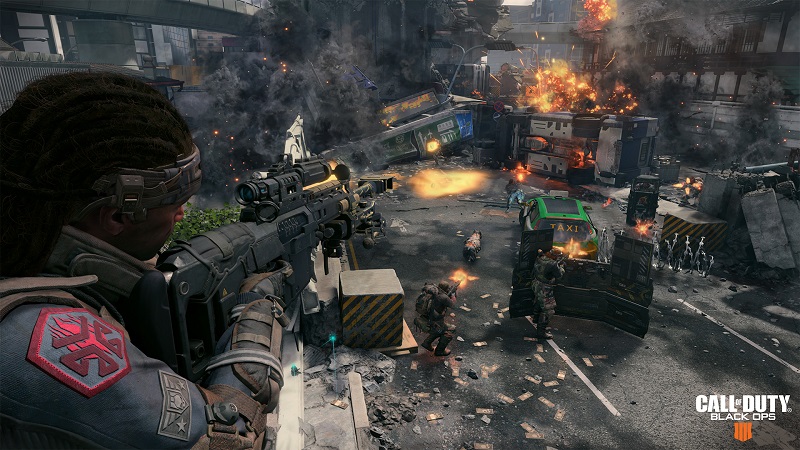 You will also quickly notice the recycling of assets from previous Call of Duty titles where entire online maps are positioned within the extremely large map in Blackout. We hope additional maps are around the corner and they contain more original content. Having an in-game clock system would be exciting to start a match in the daytime and end it at night time and vice versa. The lack of a reward system in Blackout may limit the amount of time some players invest in the mode as the current incentives are mostly various skins.

Zombies – The Dead Will Rise Again

The three zombie campaigns within Call of Duty: Black Ops 4 are IX, Voyage of the Damned, and Blood of the Dead. IX is focused around a centralized gladiatorial arena where players will explore the various environments within the world, but will continually find themselves returning to the main stage. Completing challenges will also continually reward the player with various items that can be claimed by returning to the starting area. Voyage of Despair will have players traversing the many vertical levels aboard the Titanic moments after its historic collision with an iceberg, while searching for a mysterious artifact before they find themselves victim to the many terrors that roam the ship. Blood of the Dead is a remake of Mob of the dead, a fan-favourite zombies mode that players encountered within Call of Duty: Black Ops II. Players will fight off hordes of the dead as they explore Alcatraz Island. The customizable features available to cater the zombies experience to your own preferable taste is also quite impressive. Zombies has many hours of content available and we look forward to the additional expansions that will be made available in the future. 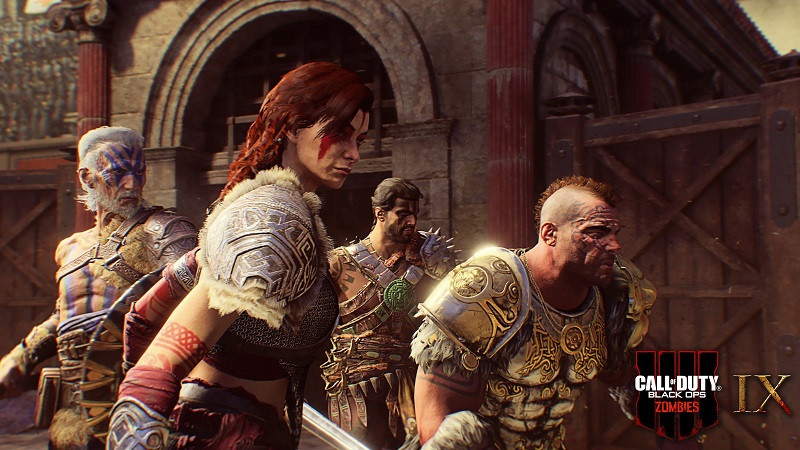 The absence of a single-player campaign can be disheartening at first, but once diving into the three game modes available, players will be enthralled at the amount of effort and love that has gone into creating one of the best Call of Duty experiences to date. Without a doubt, Call of Duty: Black Ops 4 feels like the online experience we have been patiently waiting for all these years. Each individual component is crafted to create a lasting experience that shines brightest in the Blackout mode. Each individual mode also retains its own experience and leveling system which welcomes the exploration and enjoyment of each mode to unlock additional weapons, equipment, and skins to enhance each individual’s gaming experience. Call of Duty: Black Ops 4 comes highly recommended as there is a plentiful amount of content that will keep you entertained for many hours. 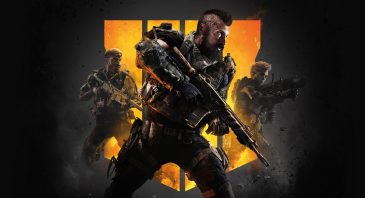