Over the last several years, I realized something about my taste in movies (yes, I know this is a video game website, but bear with me here); I love thrillers! While I dabbled in the genre from time to time, it wasn’t until the brilliant Get Out that I found a type of entertainment I didn’t know I needed. Since then, similar storytelling and environmental experiences have piqued my interest in gaming as well. Broken Pieces may not reach the height of what Jordan Peele’s films and even some games in the genre hit, but it’s still an intriguing world to explore and uncover.

Returning To A Haunted Past

Playing as the main character Elise back in 1993, you’ve returned to Saint-Exil, a coastal town that has suddenly gone dark and empty. The people have vanished and now there are ghostly figures floating around the streets that try to attack you. It’s a premise that isn’t groundbreaking, but it places the player in a small town with a creepy vibe and a great excuse to explore each dark corner over the roughly 7-8 hour runtime. 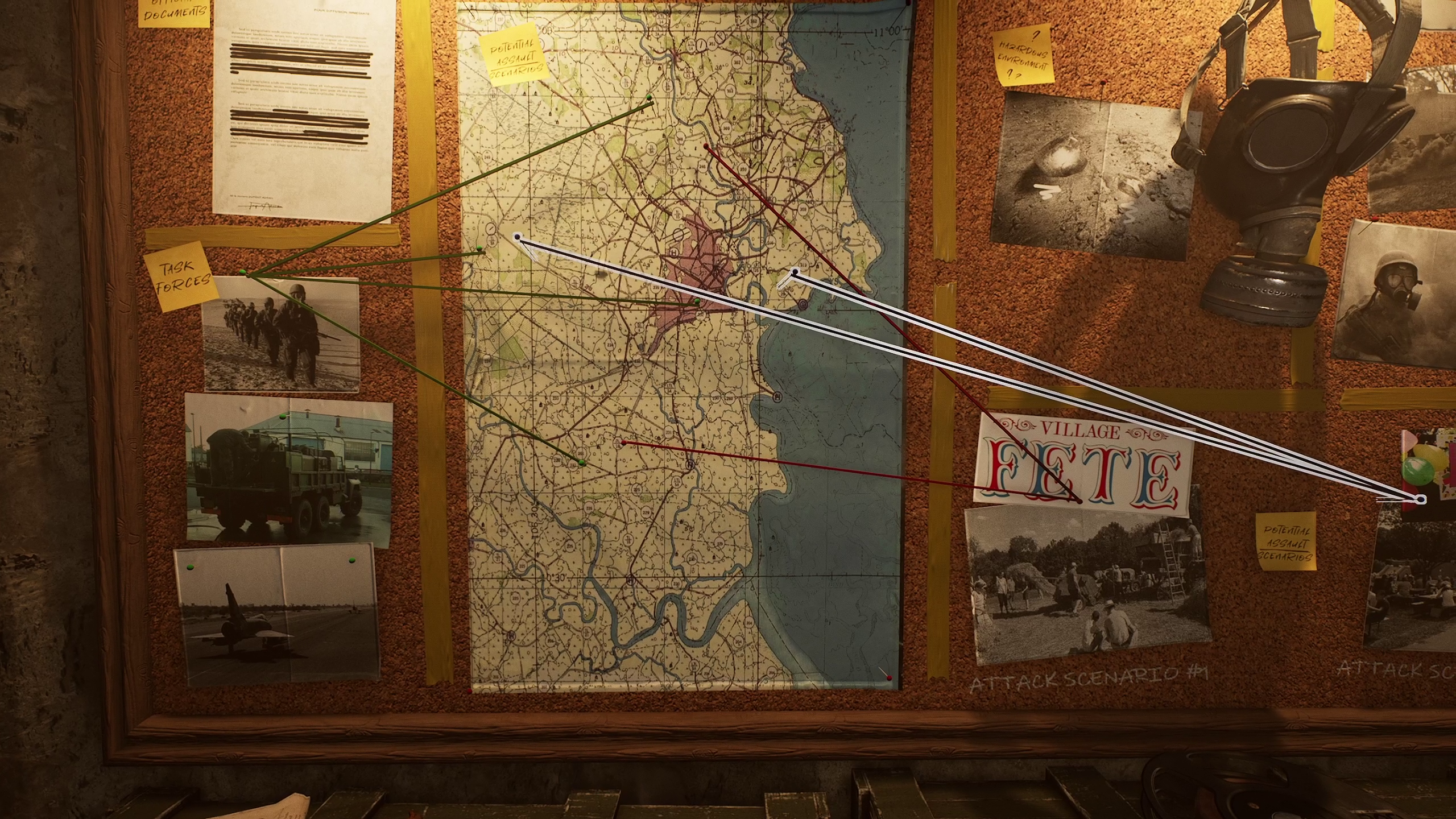 Most of the time, you’re tasked with finding story beats through audio tapes, they drive most of the game and its narrative. The tapes thankfully provide some interesting backstory and give Elise some company on these now deserted streets. 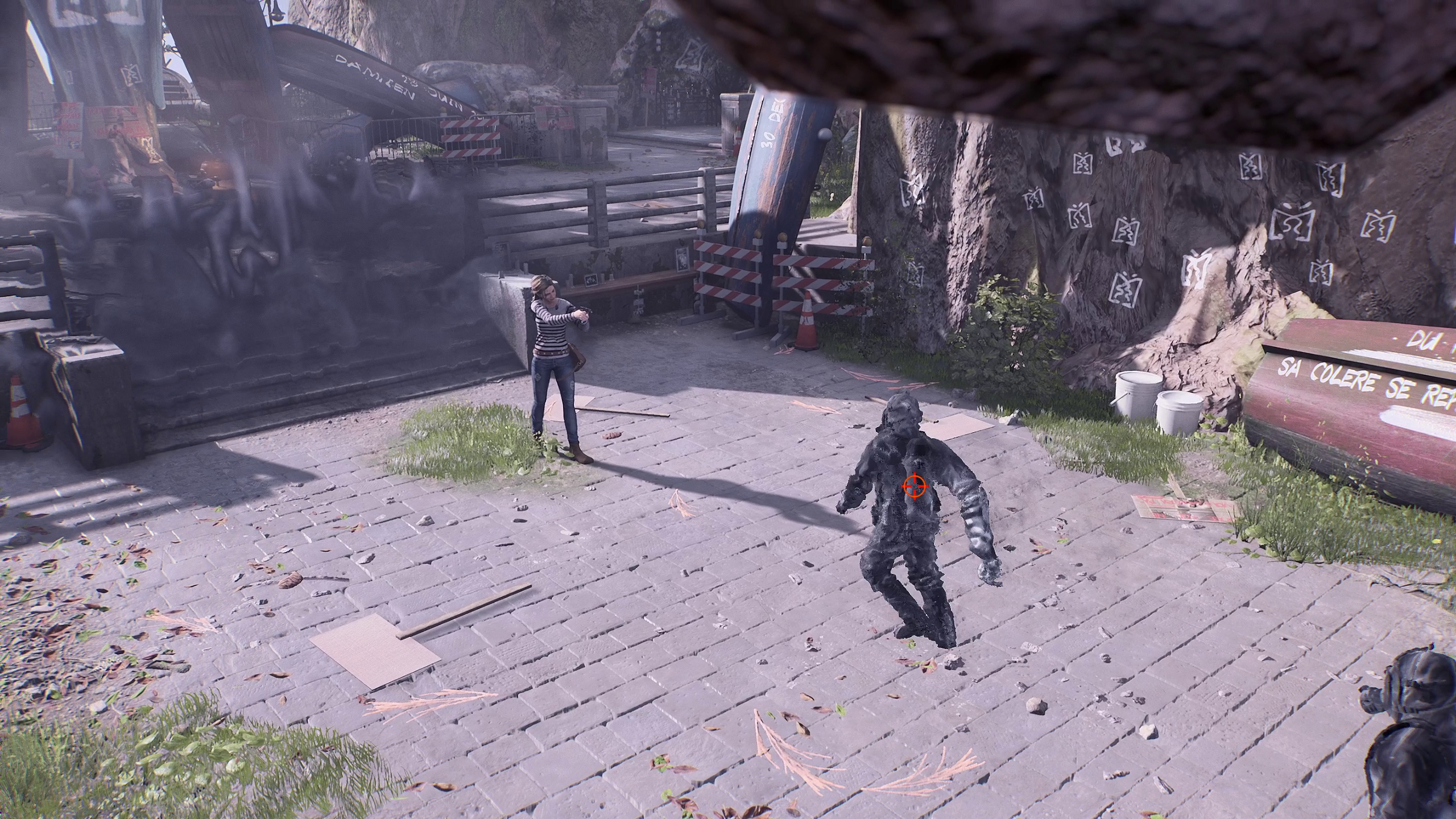 The gameplay itself in Broken Pieces also isn’t the most unique, but it does pull inspiration from a great set of other action-thriller or horror games. For better or for worse, early Resident Evil titles come to mind, with a fixed camera and some inventory management. There are also some light combat or action beats, but more on that in a moment. It’s also somewhat of a Lucas Arts point-and-click game, with tons of clues that will lead you down winding paths throughout Saint-Exil. The developer did a great job with their attention to detail and providing lots of opportunities to look around each environment. 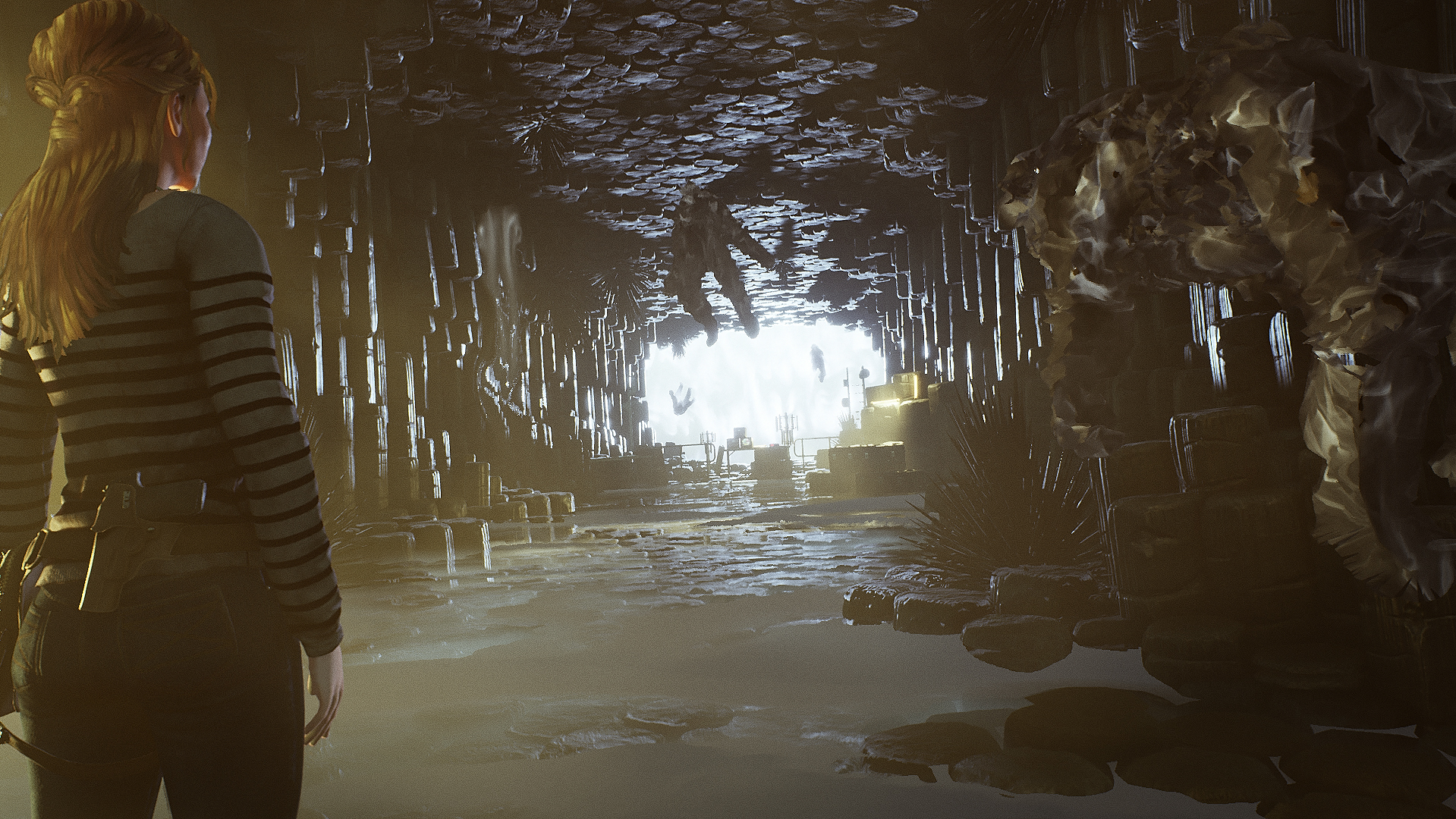 Broken Pieces also has a sometimes frustrating, but understandably present, day-night cycle. When the sun is up, it’s time to explore, uncover, and collect clues. When the sun goes down, now’s your chance to dive deep into what you’ve found or get caught in the world of ghosts and evil. That’s where the combat comes in. It’s a nice added spice to an otherwise slower-paced game, but it never feels overly rewarding or fun. Elise carries a ghost-killing pistol (I mean who doesn’t amirite!?),  and a powerful gem that helps stun them or break through armour.

At first, it was interesting and honestly surprised me. But soon after it became a part of the game I dreaded the most. It seldom happens, so at least there’s that.

Puzzles push the gameplay more than anything, and that’s a big positive. A lot of the time the aforementioned gem comes into play, even giving Elise the chance to manipulate the weather and the environment around her. This often leads to surprising and satisfying results. Unfortunately, some of the puzzles require far too much inventory management, and that’s where the dated RE inspiration really shows. Some gamers enjoy that, and at times I do too, but every so often it becomes more of an annoyance than I think it’s meant to be. 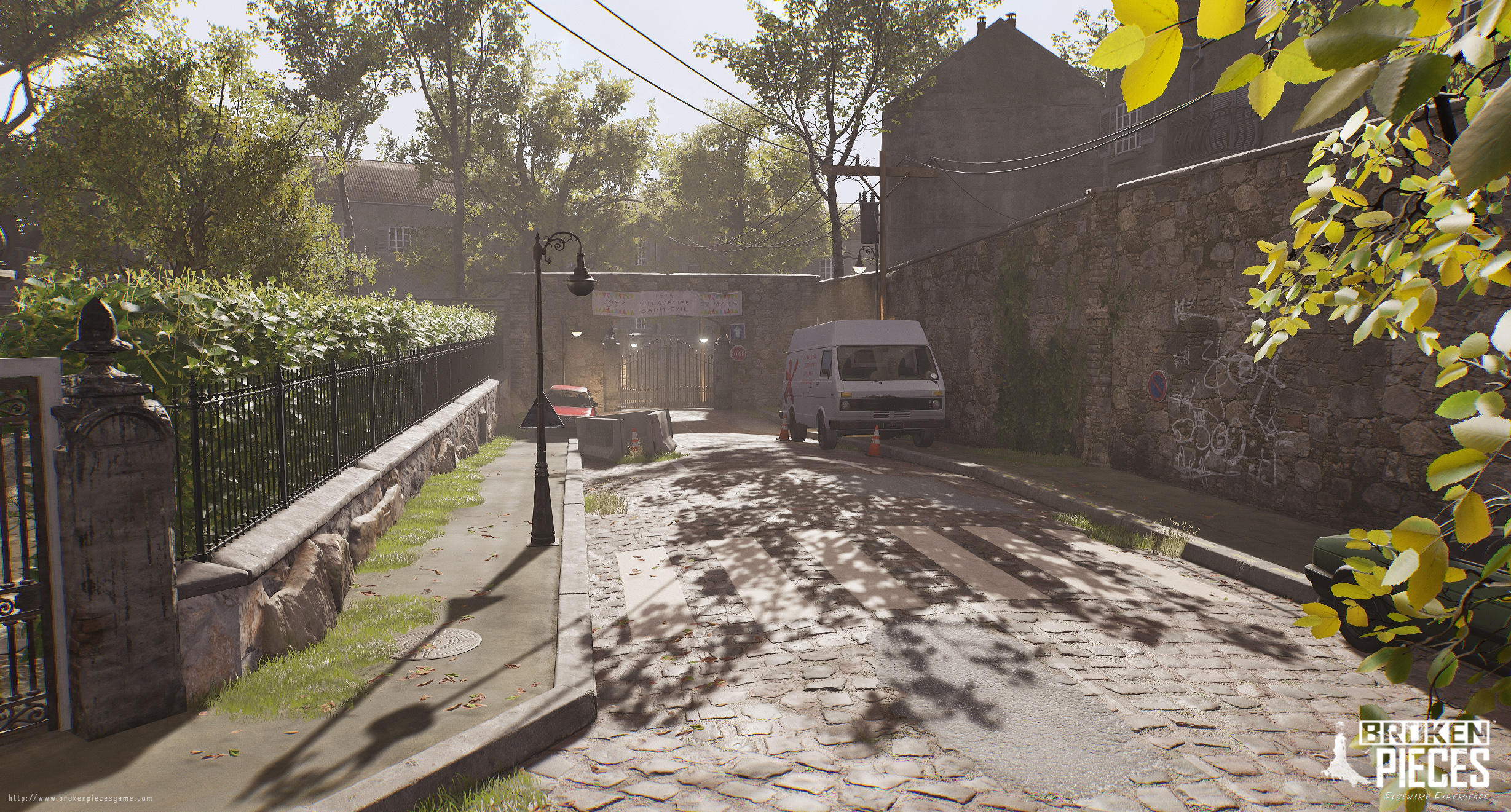 Without any spoilers, Broken Pieces has a story I think is well worth experiencing. Sadly, the ending doesn’t quite stick to the landing. It happens in movies, TV, and in games, but it’s a shame because I really enjoyed what came before the final 30-45 minutes.

The gameplay can be a little tiresome and not overly ambitious, but not enough for me to say you should avoid the game. I actually think this could be yet another indie gem that flies under the radar of a busy fall and holiday season. It’s also a welcome change to have a story start and end in under 10 hours, without a whole ton of bloatware mechanics just to fill time.

It’s not for everyone and Broken Pieces may be far from perfect. Having said that, I still feel confident recommending a thriller with characters and a mystery worth unravelling, even if the final push isn’t as satisfying as I had hoped.