Our review of Bloodborne: The Old Hunters took me a lot longer to get through because when I last played vanilla Bloodborne, I ended at the beginning of New Game Plus mode, which not only makes the game harder after you beat it once, but, the entry point to the new DLC was a way off for me to be accessible. First tip I can share Make sure if you can, to play the DLC in regular Bloodborne and not in New Game Plus mode, as it’s much more difficult.

The Old Hunters takes place in The Hunter’s Nightmare, which looks identical to Oedon Chapel, you can’t tell you’ve been transported to another area because everything feels familiar but it’s not. This area is where hunters go that become guided by the lust of hunting these creatures.

There are three new sizeable areas to explore and suffer in. Inside these areas are five new bosses and an assortment of new weapons and accessories to collect. The Souls series has always been notable for producing creepy and haunting environments and that pattern continues here, the new areas had the hairs on my neck to stand on end creating an uncomfortable situation for me. I appreciate the work put in to create these worlds.

The content explores the hunters who failed, and the new pieces of armour or weapons have a backstory that explains what happened to these hunters, each offers background and breadcrumbs to a bigger story thread that is told vaguely as you explore the Hunter’s Nightmare.

From Software has included new enemies and bosses to hunt in The Old Hunters. They are intimidating and much more difficult this time around. The DLC offers only the most difficult bosses, making the ones faced in Yharnam feel like tutorial bosses. The new enemies are difficult, punishing, and unfair. In my 40+ hours of playing regular Bloodborne I never felt the enemies couldn’t be defeated if I tried and learned to overpower them, The Old Hunters takes what I learned and tosses my experience out the door.

There is no forgiving gameplay here and From Software was sure to pack the content full of things to upset you. Regular enemies would at times feel far more powerful than the bosses of Bloodborne, and the fact there are more confined spaces this time around makes it much more difficult in dodging arcane attacks that wipe me out rather quickly. The Old Hunters is a great expansion to Bloodborne, and like each piece of content that From Software released for the Souls series, adds more layers to an already intricate story. The roughly 20 hours it took me to finish off the content was packed full of what makes the series so popular with gamers, tough worlds, unforgiving enemies and new weapons and armour to tackle both. The Old Hunters closes the book on Yharnam in a satisfying way. 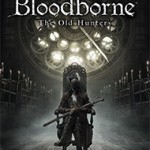