It’s been a while since we’ve visited the Big Brain Academy. In this case, the last time we saw the series, it was on the Nintendo DS and it went by Big Brain Academy – a game that I purchased on a whim alongside Magical Starsign. Since then, the series has seen several sequels with the most recent entry on the Wii in 2007 with Wii Degree. Big Brain Academy: Brain vs. Brain is the first entry in 14 years and its competitor has always been the Brain Age series that’s also lied dormant for some time now.

Normally you would want something like Mario Party Superstars or Mario Golf: Super Rush or The Jackbox Party Pack to entertain guests. What if I said that there’s another series that’ll not only entertain family but also devise some exciting ways to go up against your friends with – enter Big Brain Academy: Brain vs. Brain.

Dr. Lobe returns as the headmaster of the Big Brain Academy and serves as your guide in-game. In Party Mode, you can engage head-to-head with three other players to see who can get the highest score. Starting by selecting the number of matches, then the difficulty level. Each player sets their own difficulty from easiest (Sprout Class) to the most challenging (Super Elite Class), giving your entire family or group the ability to play together at their own pace and level. 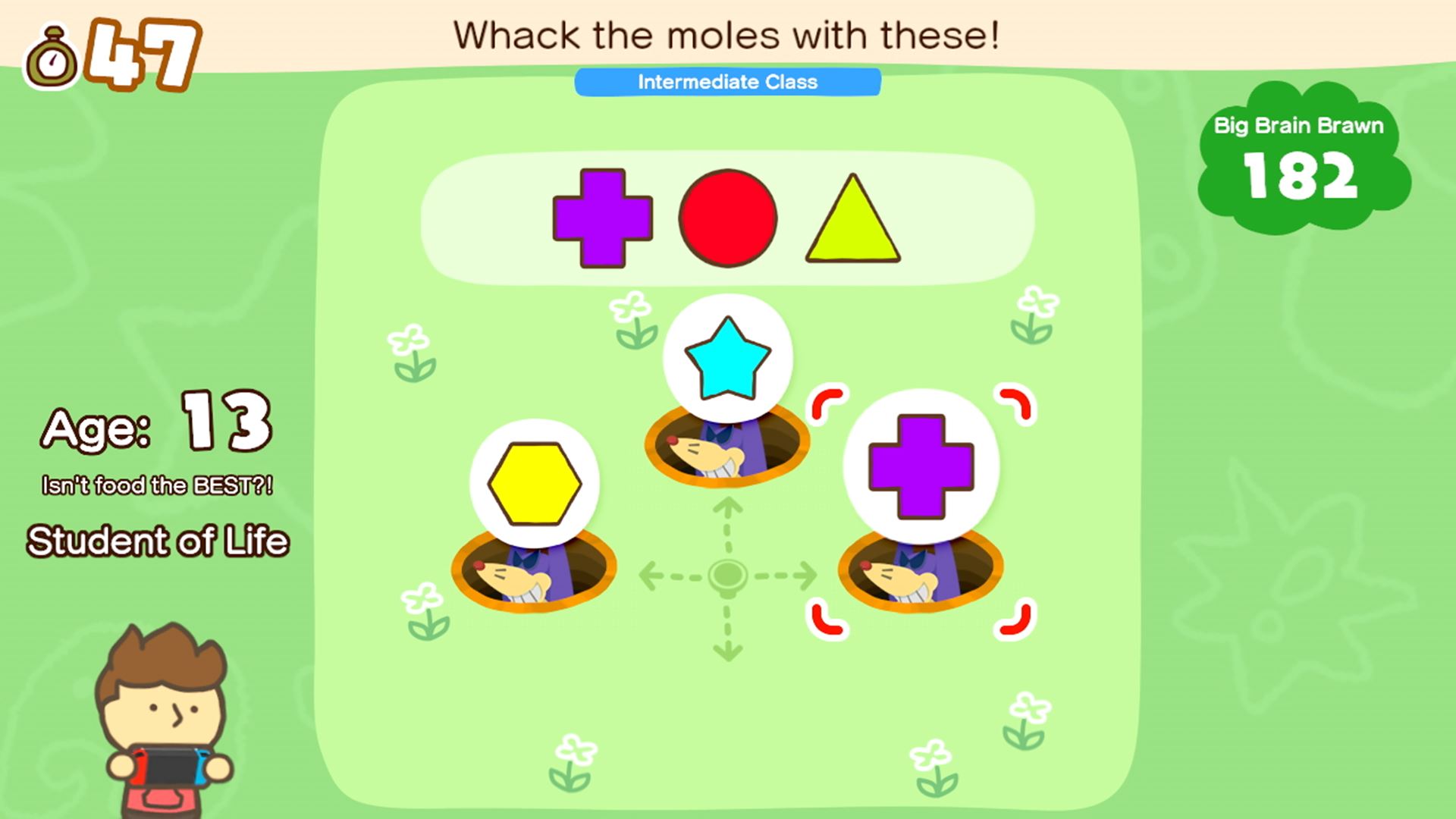 Some of the party games will ask you to pop balloons from the lowest to the highest number. Whoever wins will select the next round’s activity, like looking at an image and trying to count the number of cubes on display or selecting the right perspective when looking at it from a certain angle. I was worried the higher difficulty levels are challenging but fair and these modes will be tough if you select them – don’t go in expecting things to be easy like I did.

Alternatively, if you want to challenge players from around the world, head into a Ghost Clash. This mode will allow you to challenge other players’ data.

Joining the multiplayer modes, Big Brain Academy: Brain vs. Brain includes single-player options too. Selecting Solo mode, you can train your brain each day by testing yourself with daily exercises that will help build your Big Brain Brawn score. As an example, I try not to look at any screens for the first hour of the day, which is something I kept to while reviewing this game. Instead of checking social media and emails first thing each morning, I swapped that time with some games included in Big Brain Academy: Brain vs. Brain. At night, I’d wind down by reading and challenging myself through Solo mode to best the scores I’d achieved during the morning. 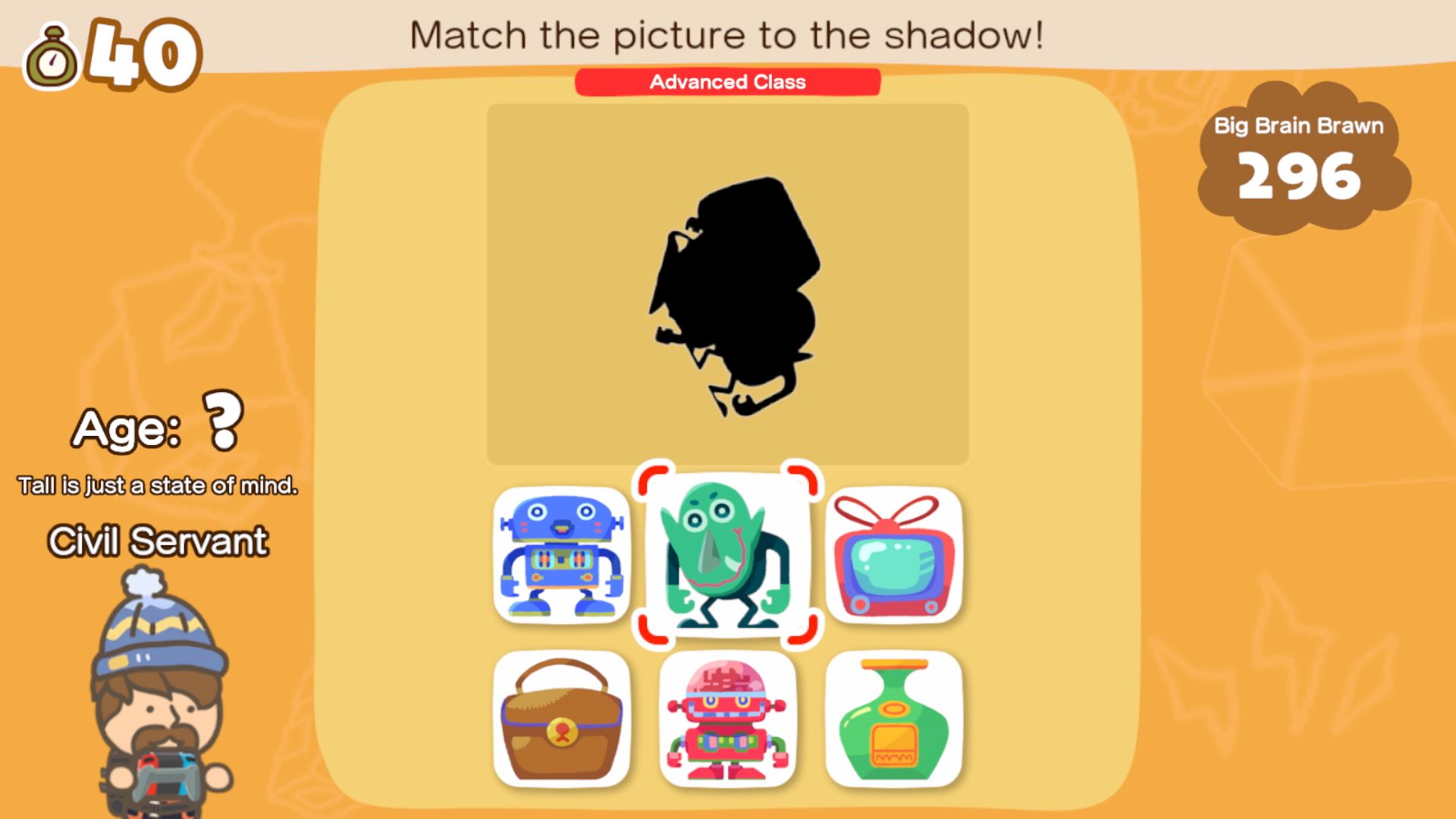 The Five Pillars of Big Brains

Gameplay is split up into five categories in Big Brain Academy: Brain vs. Brain consisting of many brain-busting minigames and activities. These are spread out across – Identify, Memorize, Analyze, Compute and Visualize. If you decide to go with Identify your task will be to play challenges that make you look for problems that may stand out like blocks that don’t add up to a specific number. Memorize is a classical category where you need to remember items and animal placement. Analyze will give you two objects and ask you which may be the heavier of the two objects on display. Compute is where I can say my brain falters at times as it asks the player to quickly look at a series of numbers and pick the correct order or placement. Lastly, Visualize might train you to look at a moving path for a train and decide the correct route by visualizing it. 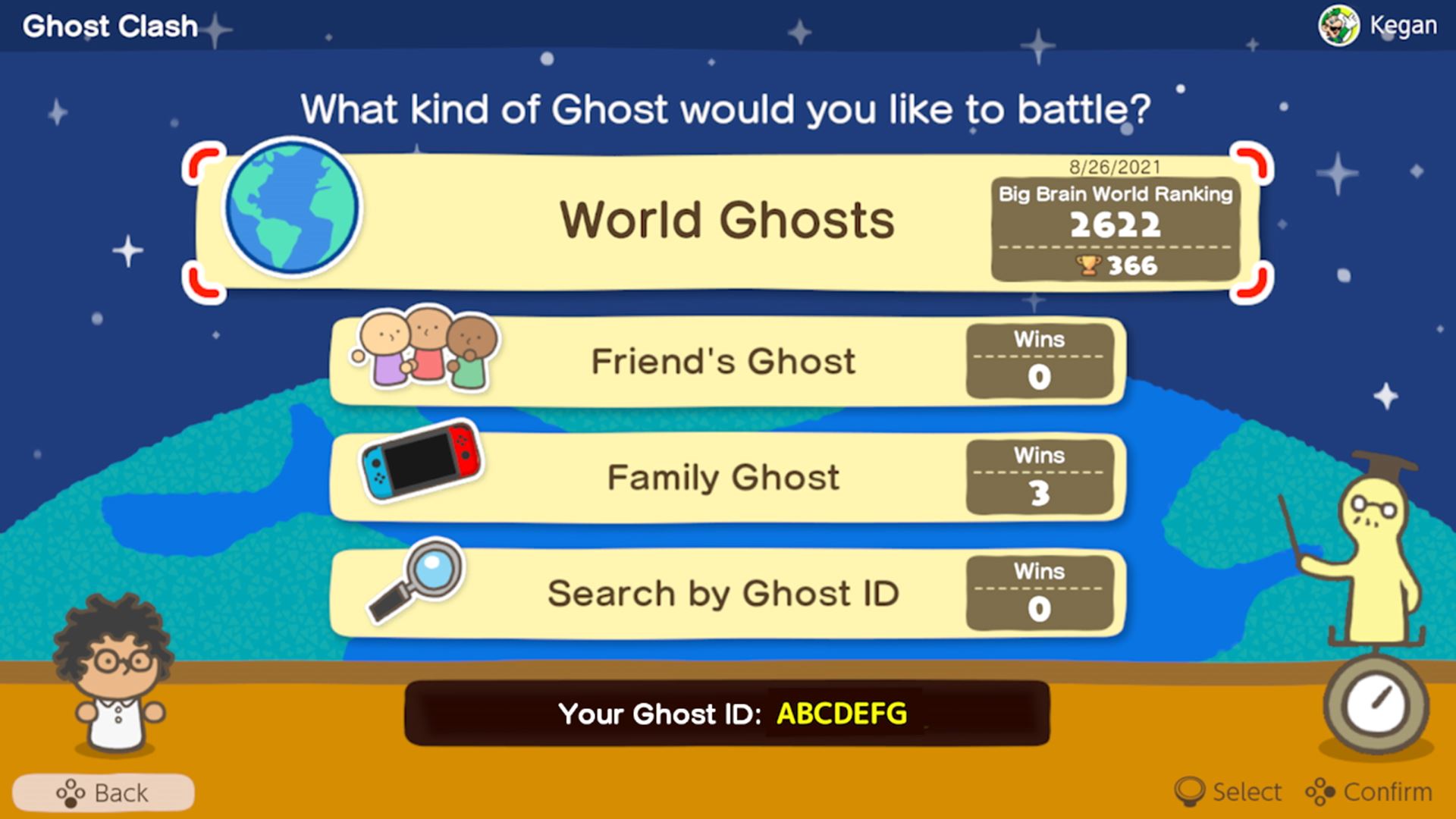 I found myself gravitating towards Practice mode, a mode where I was able to replay my favourite minigames and activities each day. In Practice Mode, you can unlock medals and earn high school while simultaneously improving your skills. I spent the first week practicing so when I met up with friends to play Brain vs. Brain, I had a bit of an advantage due to my daily training sessions. Normally I like to dive right in and figure things out but the ability to practice one-upping friends and family is worth spending the time practicing.

This mode pairs well with Test mode, in which Dr. Lobe will ask you to complete a series of five activities and at the end of them, presents you with your Big Brain Brawn score. By continuing to be tested, you gain the skill to become more proficient and also earn coins in-game that can be used to unlock costumes for your character. 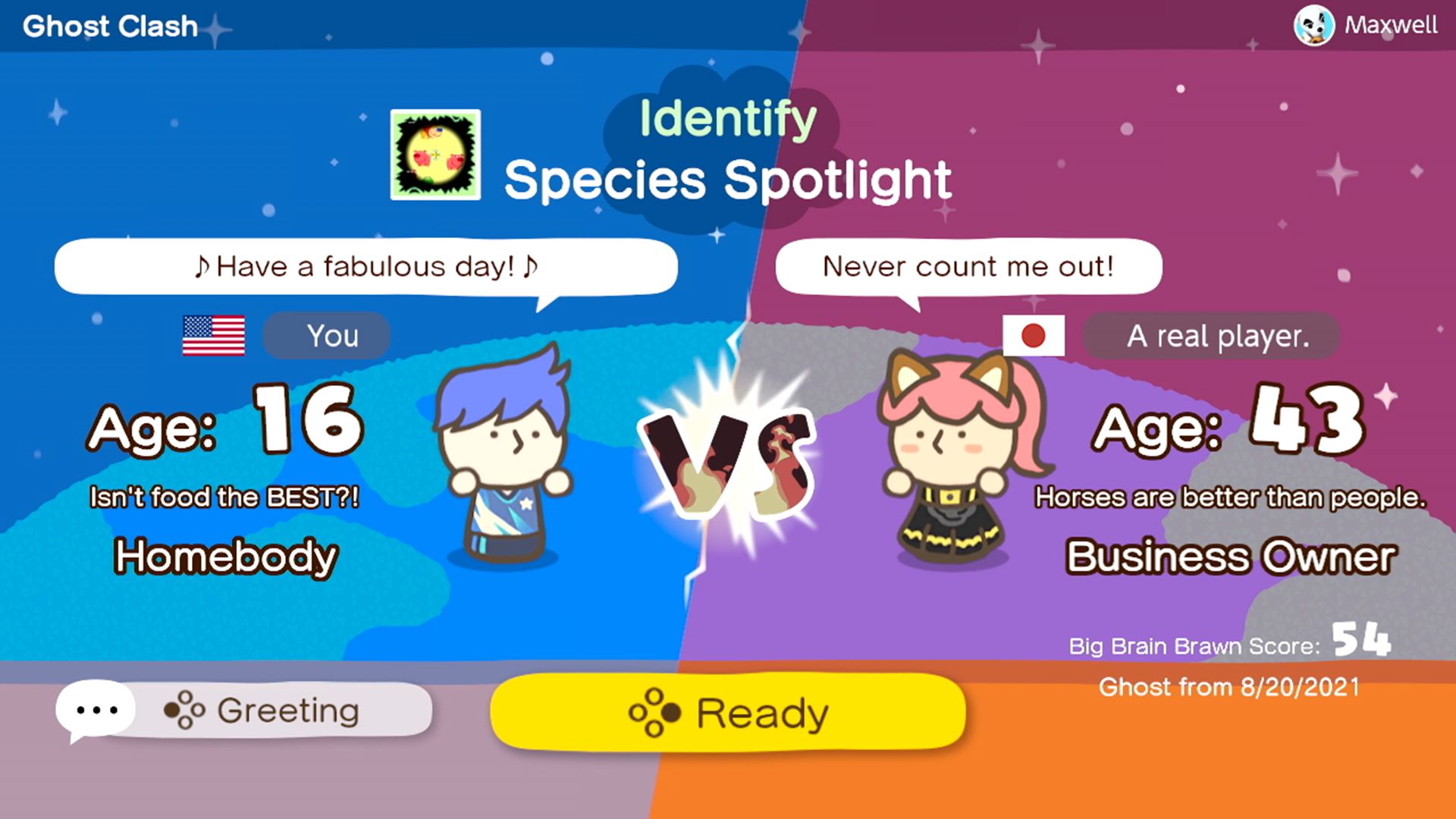 Big Brain Academy: Brain vs. Brain is a fun game best played in small spurts given how fast rounds finish and the number of games available. I do like practicing each day for a half-hour but any longer and I begin to find myself looking to move on to another game. For children, playing this each day is a great way to help them home in on some of their developing skills and adults may find the game to be charming and fun for short periods of time. If you play with a group, it gets easier to play this the more familiar each person becomes with the activity at hand so newcomers might not feel comfortable at first but the fun of battling out with friends and family can offer a ton of exciting chirping amongst each other.