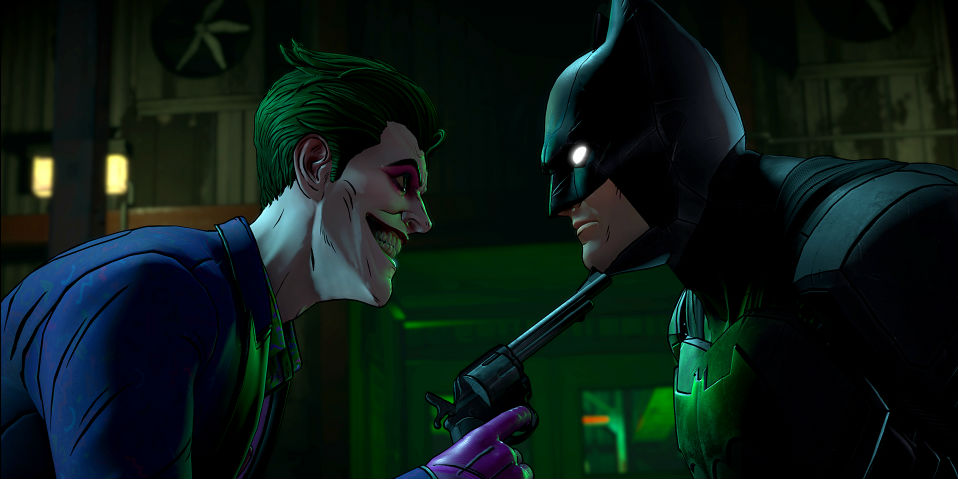 And now the end is here. Telltale’s Batman: The Enemy Within drew to a close this week. This whole season was a wild ride with only a few lulls along the way. The Enemy Within is one of my favorite Telltale ‘adventures’ to date and I’m sad to see it end. Anyways, enough with the emotions, how did this episode fare alongside the rest of the season? The finale sees relationships ending while new ones begin. We finally see what John Doe’s final outcome is. Will he stick with Batman and end up being a vigilante, or will he stray and become the villain we all know and love.

The episode starts out with a bang. A big one. The beginning was definitely one of the best parts of the episode. It’s a huge brawl where Batman needs to defeat a venom-infused Bane. In my playthrough, I got to team up with John Doe (now the Vigilante, Joker) to fight the luchador lunatic and the dynamic between the two in the fight was very fun to watch. The fight itself threw a lot of QTE’s at me and actually made me feel like I had control over what was going on so that’s always a good thing in these types of games. 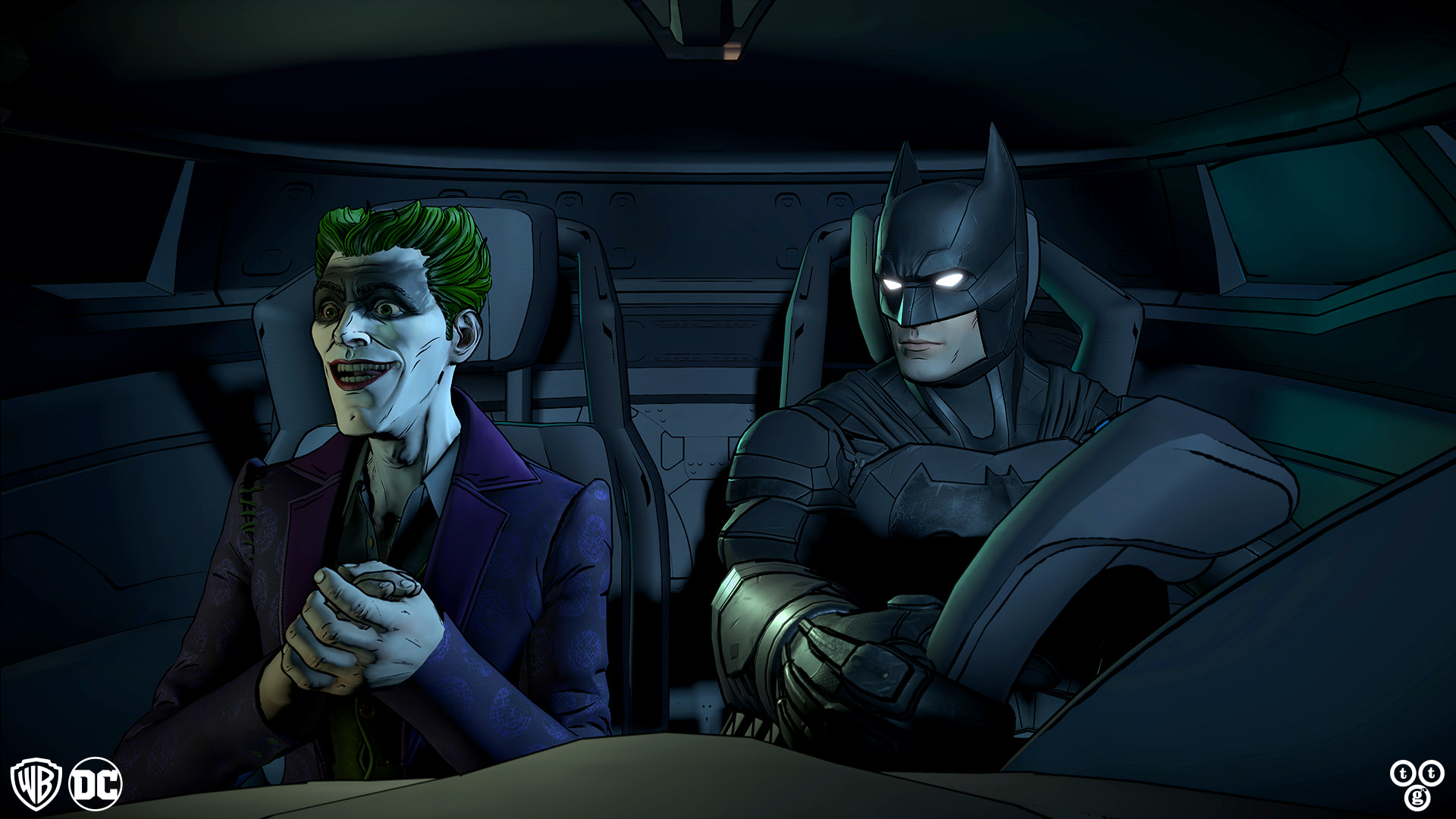 I’m a major bat-fan, I own over 200 Batman comics and graphic novels, and I’ve read many great bat-stories. The story that telltale cooked up in this series is one of the more interesting and unique stories I’ve seen unfold in the Batman/Joker mythos. This story is perfect for a Telltale style episodic game as I feel like it wouldn’t work that well as a comic book. There ARE a few stories that portray Joker as the good guy (most recent is Batman: White Knight, go check it out it’s great), but none quite like this.

I’ve praised this guy in almost every review I’ve done for this season of The Enemy Within, but Anthony Ingruber definitely deserves all this recognition and more for his take on the Joker. He’s done a fantastic job throughout this whole season. It would be easy enough to do an impersonation of another Joker such as Mark Hamill or Troy Baker, but Ingruber took the role and made it his own thing and that can’t be easy while voicing a character of this caliber.

As with a lot of finales, there’s going to be some emotional scenes. Telltale has always been great at portraying strong emotions in their games, and they make no exception in The Enemy Within. Two scenes of note had me on the edge of my seat and caring about characters I normally wouldn’t care about. We can give Telltale flack for all their issues like ‘choices don’t matter’ and ‘less than favorable visual quality’, but one thing we can’t say is that Telltale can’t write good stories because they sure as hell can. 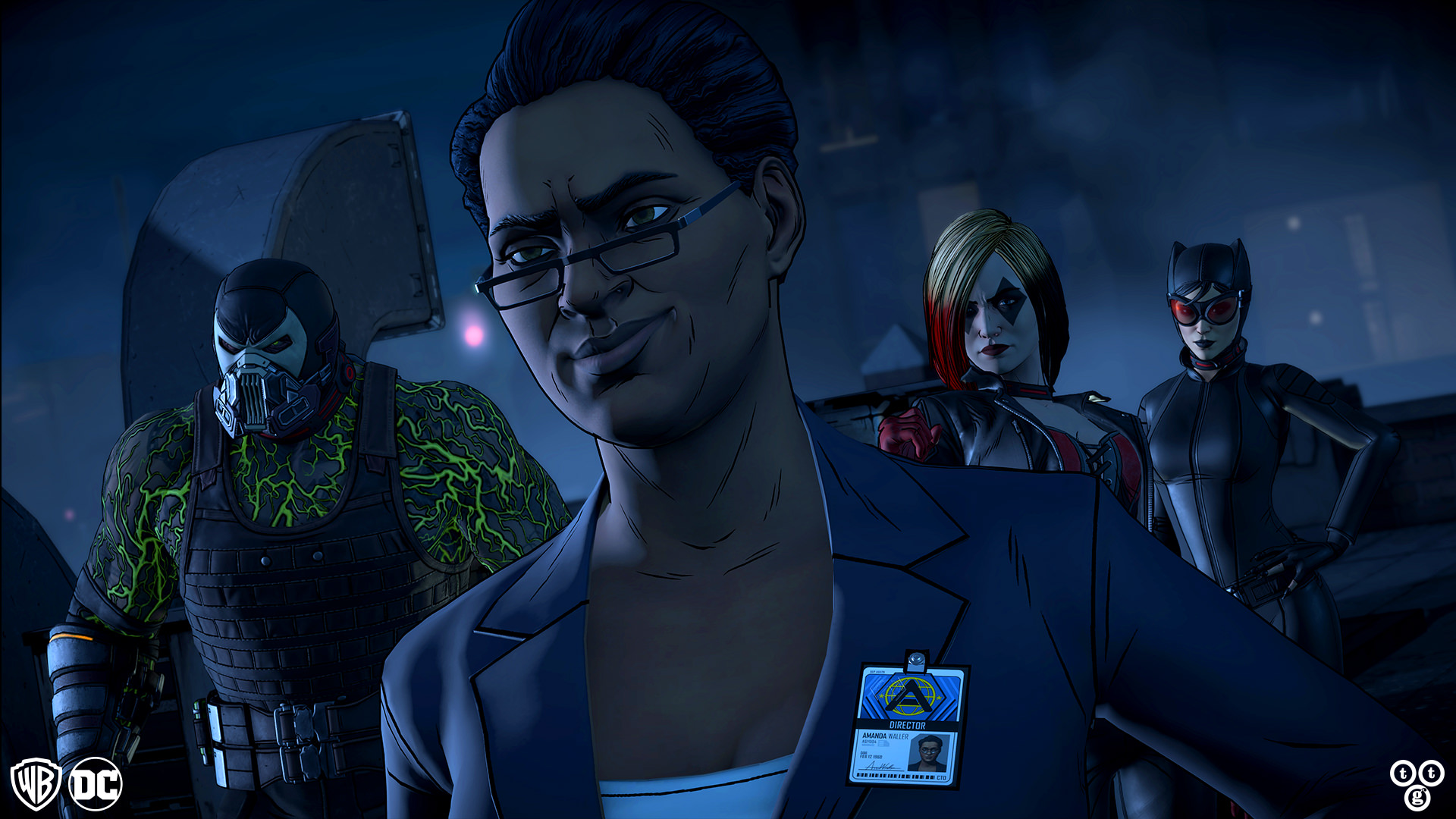 I touched upon this earlier while talking about the introduction to the game, but this episode (compared to the rest) had an incredible amount of action and combat in it. This was refreshing as a lot of the season was, while necessary, filled with dialogue and exposition while action took a bit of a back seat. The cinematography in this episode (above the others) was top notch. The camera angles used, especially during the fight scenes, were dynamic and created a nice energetic aesthetic for the episode that worked out well. Definitely a highlight.

I’ve played every Telltale game released since The Walking Dead season one, and this episode made me want to do something that no other Telltale game as achieved, and that’s replay the whole season again. In my playthrough, I made a series of choices that provided me with the Vigilante Joker ending. I would genuinely love to play through it again and try to get the Joker ending as they both seem to be on extreme opposite ends of the spectrum. No other Telltale game as given me the urge to replay an entire 10+ hour season so I’d say this is a big deal.

One of the major things advertised leading up to the episodes release was that it was going to be about three-and-a-half hours long. I found that it wasn’t nearly that long. My playthrough clocked in at around two-and-a-half hours. Not too much of a big deal, but it wouldn’t have been nice to have a longer episode to wrap up the season. If the season was an hour longer maybe we would have had proper conclusions to some of the secondary character’s stories. Harley, Bane, and Freeze never saw fitting endings to their arcs and are up in the air regarding whereabouts or what they’re doing. The story forgot about them, or didn’t know what to do with them and, instead focusing on The Joker. 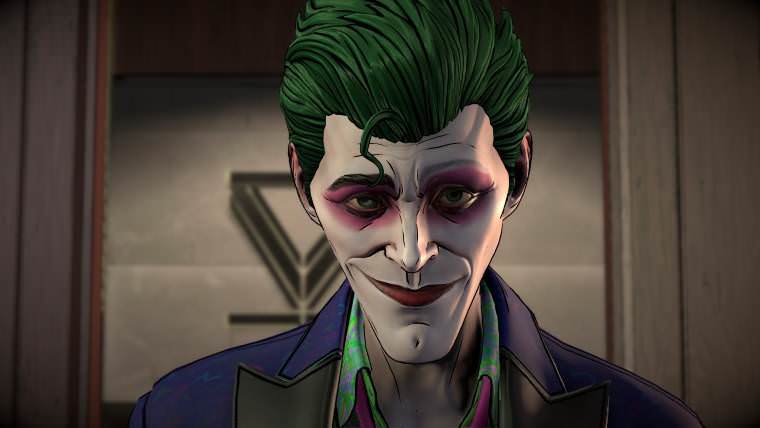 Telltale cooked up a very fun and unique Batman story with their own take on the Caped Crusader and Clown Prince Of Crime in The Enemy Within. With only a few issues, ‘Same Stitch’ might actually be the least problematic episode of a Telltale property since the first season of Walking Dead! It wasn’t quite the length promised, but it was jam-packed with awesome action and story that any Bat-fan will enjoy.