After the latest Batman game, Arkham Origins, I was hoping Warner Bros would give up trying to make Batman games and hand the reins back to Rocksteady. My hopes were soon realized as Rocksteady announced they would conclude their Arkham Trilogy with Batman: Arkham Knight. Arkham Knight serves as a most wanted finale set a year after Arkham City, and two after Asylum.

Arkham Knight takes place on Halloween within Gotham City. The city is at risk of Scarecrow’s fear toxin being unleashed warranting a city-wide evacuation leaving only police and criminals behind. We are then introduced to the second and titular antagonist, the Arkham Knight, and his sizeable militia. Batman then finds out that Scarecrow is working with pharmaceutical business, Simon Stagg to create a device for a massive dispersal of the fear toxin called the “Cloudburst”.

Arkham Knight has the best story of any video game I’ve played in years. It offers an original plot and even creates some original characters, one being the Arkham Knight. The story includes a lot of really thoughtful references and easter eggs that really cater to fans of the comics. With video games nowadays becoming increasingly more expensive, it really comes down to the amount of gameplay to determine if the game is worth the price. Batman has at least 12 hours of gameplay for the story alone, throw in the 12 side missions, collecting all the riddler trophies/riddles, and the Red Hood and Harley Quinn side story missions and in my opinion that makes the $70 price tag worth it ($60 if you buy it for PC, but lets not talk about the PC version right now). As good as the story and gameplay are, they would be useless without good characters and voice acting. The characters are all interesting and the voices fit the characters well. John Noble (Lord of the Rings, Fringe) provides the voice of Scarecrow making this version one of the creepiest rendition of the character yet. Jonathan Banks (Breaking Bad, Better Call Saul) gives us an austere performance of the Police Commissioner. Other honorable mentions include Tara Strong as the crazy but loveable Harley Quinn, and Mark Hamill taking back the mantle as the Joker.

The visuals in the game were breathtaking. It rains a lot in this game, and the rain, surprisingly, does not look like computer-generated gibberish. The lightning adds an atmospheric effect that makes you really think that you’re in Batman’s shoes or better yet boots. For the first time in the Arkham series, you get to drive the Batmobile. In a lot of games, driving really fast in a car can create a sort of nauseating effect. But driving the Batmobile with the afterburner ablaze gives no such feeling. Speaking of the Batmobile, the controllability of the iconic vehicle is dare I say near perfect. Driving the Batmobile was one of my favorite parts of the game for sure, the controls were solid and one of the best driving mechanics in any game I’ve played. Another cool thing about piloting the car is that a lot of the environment is destructible. Pillars, fences, sides of buildings can all be destroyed by driving into them with the Batmobile and the fact that you don’t just bounce off of them is really good and I tip my hat to Rocksteady for that. Arkham Knight gives us the treat of giving us 10 playable characters (including Batman). I never thought I would be saying this, but I found playing as any character other than Batman very liberating in this Batman game. The differences in each playable character are very noticeable with each of them having different stances, moves, and even a different arsenal of weapons. Also added with this installment is a new combat feature called a “Double-Team Takedown” where while you’re fighting with an ally, you can instigate this action and you take down a single enemy with your partner. The takedowns are done great with no weird clipping, or characters sliding across the screen.

Another commendable feat of this game is the ability to make the two villains, Scarecrow, and Arkham Knight, interesting enough that they don’t have to shove Joker down our throats (unlike in Arkham Origins.) Its true when you think of Batman villains, one of the first ones you think of is the Joker, but Rocksteady has proved that you can make a successful Batman video game without using Joker as a villain. With any great piece of media, there are always cons but I must admit, I really had to dig to find things wrong with this game. One thing that bothered me was the slightly predictable outcomes. It’s not fun figuring out the big reveals well before they actually happen. This ruined probably the biggest “AHA!” moment of the game for me. I understand they wanted fans who don’t read comics to understand the plot, but they could’ve made it a bit more mysterious. The environment is very similar to Arkham City, and Arkham Origins’. I understand that there isn’t much they can change from the gritty, dark, wet streets, but they could’ve taken it easy from all the copy+paste rooftops. As you can see, the pros severely outweigh the cons for this masterpiece of a game. It was an amazing story brought to life by a fantastic voice cast with spectacular visuals. Theres not much more I can say besides if you’re on the fence about this game, go out right now and get it. If you enjoy games with a great narrative, fun gameplay, and hours and hours of gameplay or if you’re just a huge Batman fan like me you will like this game. The $70 easily worth the amount of fun and enjoyment I got out of the game and it is without a doubt my favorite new-gen console release. 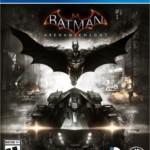