I will say that right off the top, I’ve been conflicted while playing and reviewing Aztech: Forgotten Gods. There’s lots of fast-paced action and interesting world-building I really wanted to enjoy what it had to offer, but many of the mechanics stopped me from enjoying a lot of what was supposed to be smooth and dynamic gameplay.

The number one bright spot in Aztech: Forgotten Gods is its world-building and most of its story. The developer Lienzo describes the game as a “cyber-stone universe action-adventure game that follows Achtli, a young Aztec woman, in her quest to become a hero by wielding the power of the gods.” 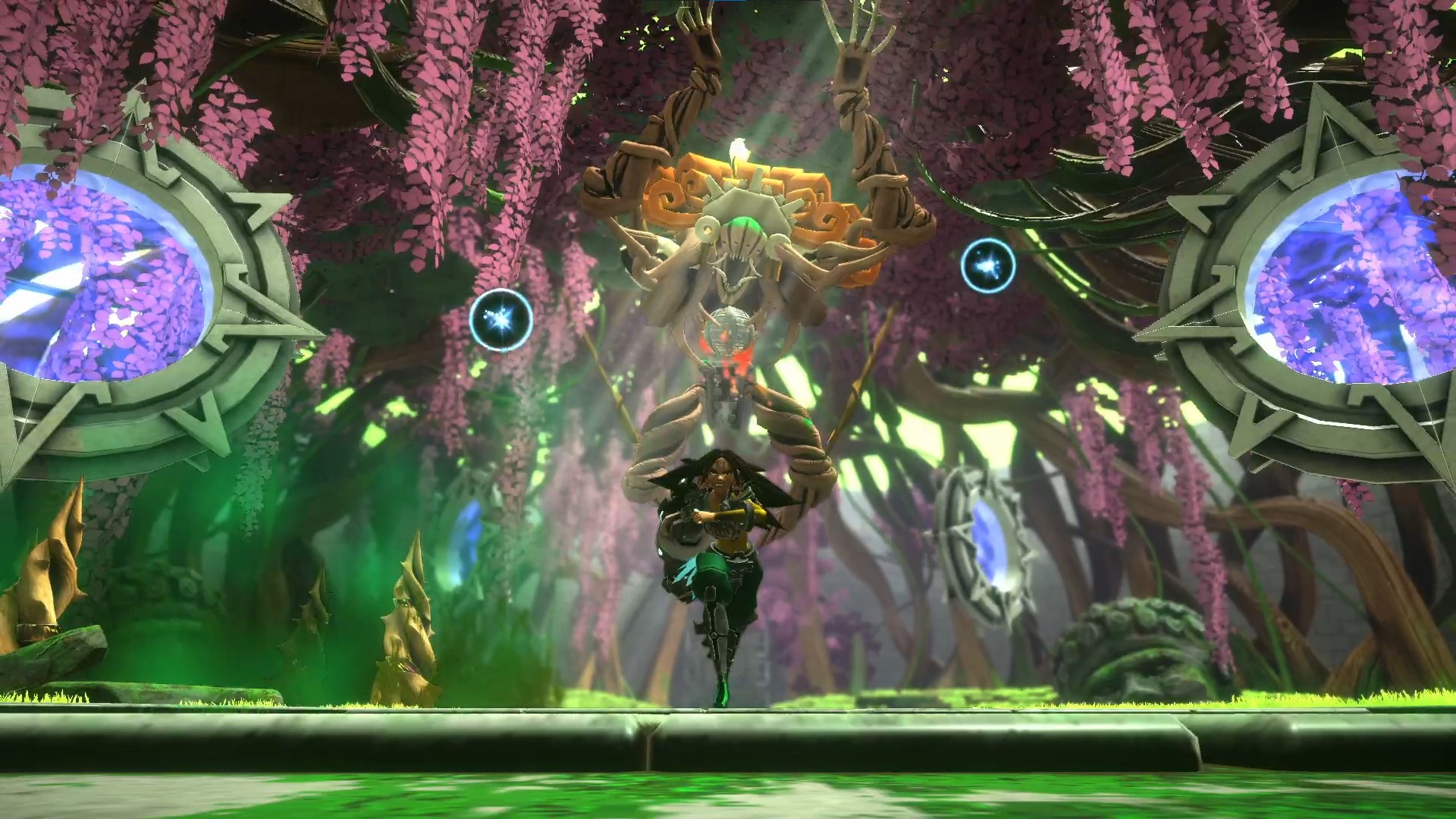 You’re brought into the story like a great action movie would draw in an audience, introducing you to the Mesoamerican Aztec culture. You’re literally dropped into the action as the ancient Aztech world is about to crumble. At this point, it’s easy to get drawn into a story that wants the player not only to care about the present but also the past. Unfortunately after a quick start, Aztech: Forgotten Gods is bogged down by tons of dialogue scenes that while doing a good job of fleshing out the characters, also stop you from truly enjoying the action set piece you just came out of.

On top of that, the voice acting is non-existent. Instead, you’re given dozens of lines of dialogue that are only backed by small grunts, and “huh?” and “oh!” noises. Not every game needs a deep dialogue system, and not all developers need or can deliver that, fair enough, but the way it was presented made the conversations feel a lot less powerful. 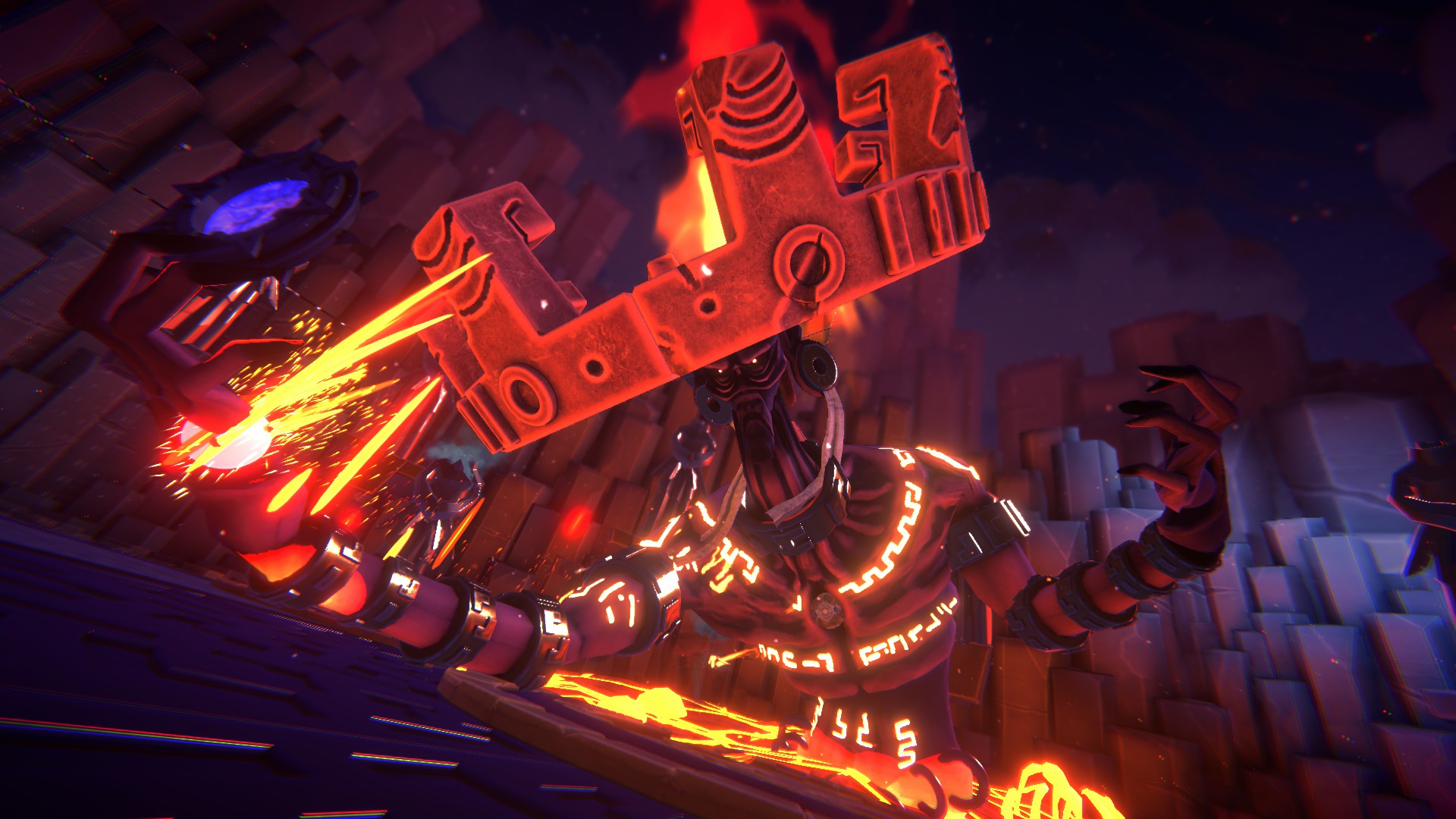 Once the ball does get rolling again, the fast-paced, high-flying fights start off with a bang. The first couple of gods you encounter are interesting (and nearly all of them are), but sadly it’s how you fight them that had me frustrated.

I enjoyed my time with the Xbox, GameCube, and Playstation 2 era of games, but I’m not so sure that’s what I was itching to play when I booted up Aztech: Forgotten Gods. I found myself fighting with the camera constantly. It gets caught behind walls, enemies, and brings an added chaos to the mix that likely wasn’t meant to be.

That being said, I can definitely understand the challenge of making a functional camera, never mind one that needs to keep up with a character who flies through the air and quickly zooms to and from targets. 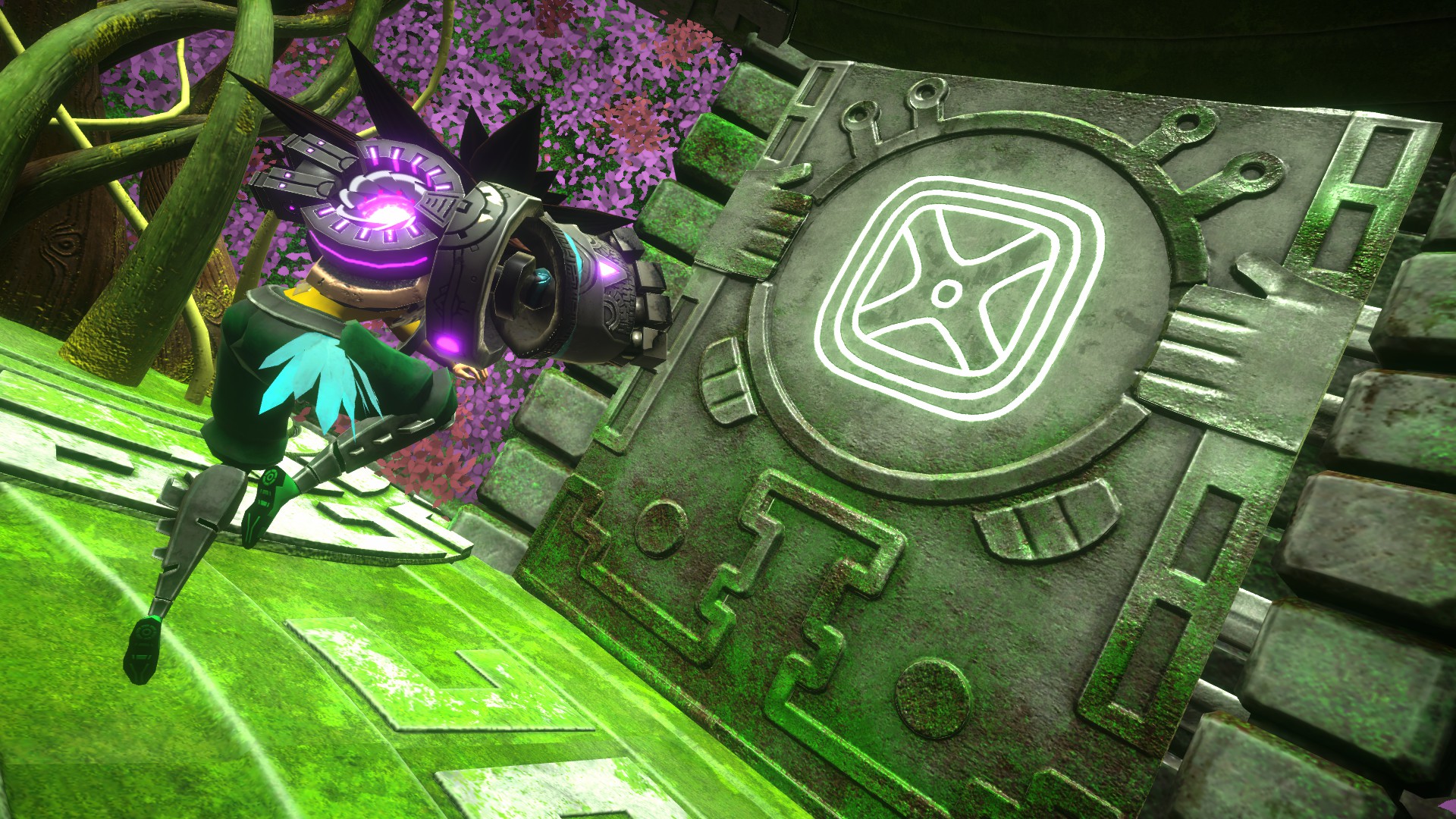 After a quick tutorial of how to use your ancient gauntlet and its basic abilities, about 30 minutes later when the real action starts and things become far more dynamic. Unfortunately, whether it’s multiple smaller enemies or the giant Forgotten Gods, it’s hard to keep track of exactly how to defeat them without being bumped around like a rag doll. Simple button presses should help zip Achtli around from target to target, but it was difficult for me to get a real rhythm going most of the time. You can try to mash the attack button to be effective, but that’s also boring. 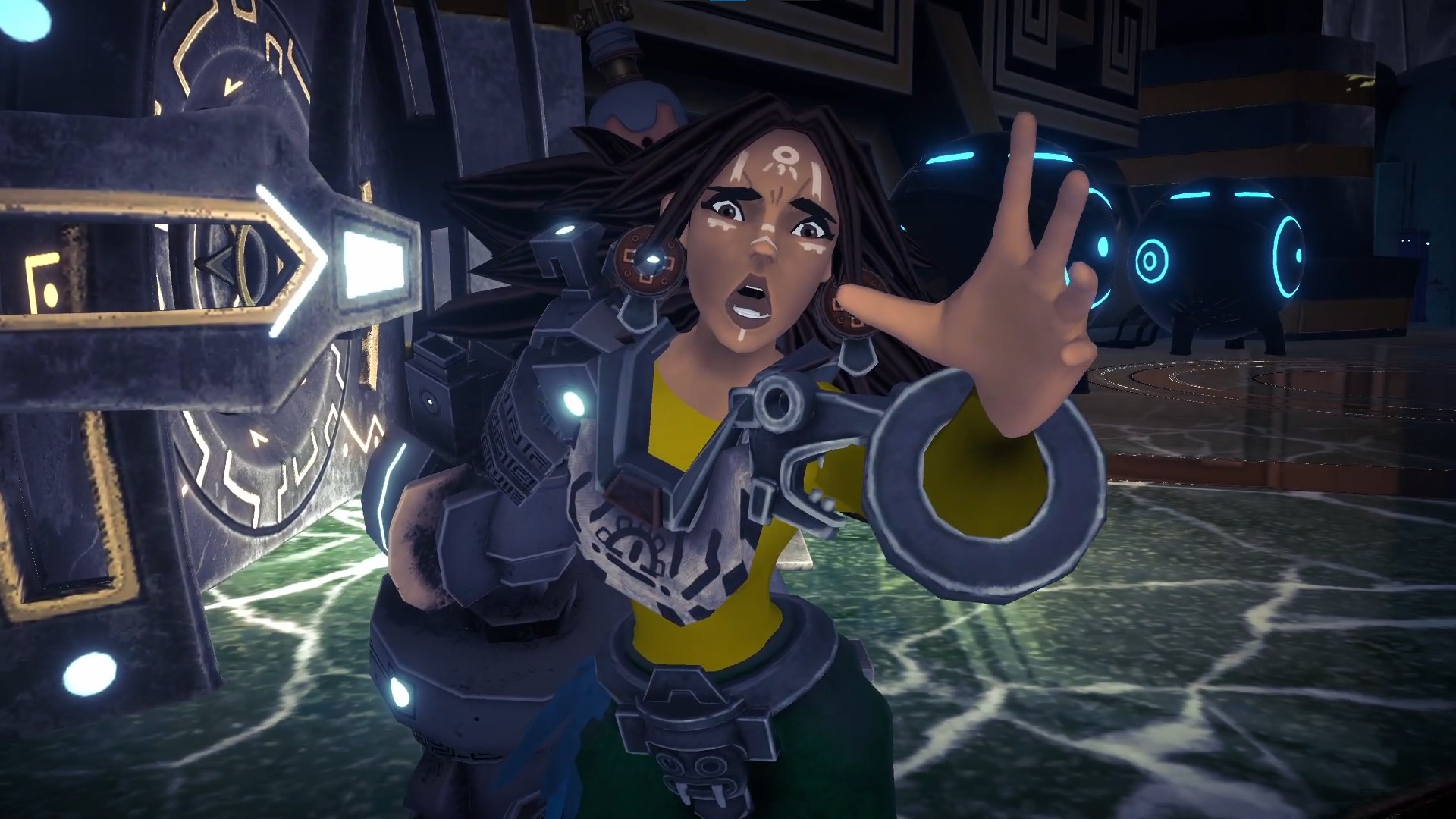 There’s an upside to many of the battles though; they feel epic. The scale in Aztech: Forgotten Gods is huge, the setting is interesting, and you feel rewarded after a big fight is behind you.

Unfortunately, the graphics aren’t much better. There’s promise here, with interesting-looking characters and boss fights, but it all feels like it’s 10-plus years old. It’s not a make-or-break aspect for me, but it’s worth noting. 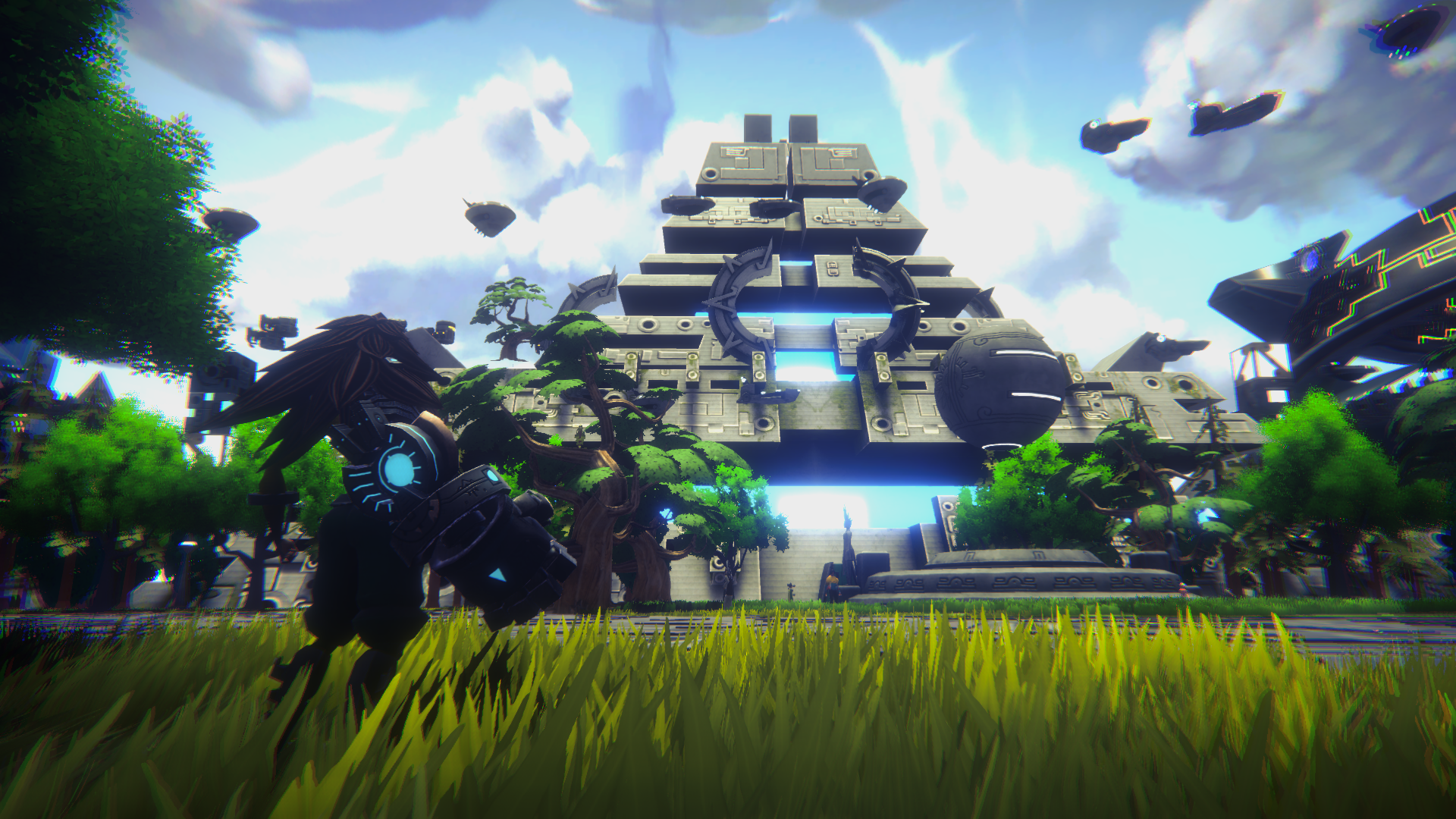 There’s a whole lot to enjoy in Aztech: Forgotten Gods, especially the world-building, but it was hard for me to truly grasp much more than that because of what felt like gameplay from two generations ago. Gone are the days that a camera is one of your enemies, until now. Some more time in the kitchen to iron out these problems could have gone a long way to helping this game reach its true potential.