Atelier Ryza 2: Lost Legends & The Secret Fairy is a great sequel that’s got a lot of heart.

Dabbling on and off since the Mana Khemia series of games, the Atelier series of games have always interested me and offered some great moments over the years but it wasn’t until Atelier Rorona: The Alchemist of Arland and the Arland series that I can comfortably say I was a fan. Since then I’ve been once again on and off with the series of games, only picking up Atelier Ryza: Ever Darkness & the Secret Hideout on a sale last year that reignited my interest in the series once again. Now, with Atelier Ryza 2: Lost Legends & the Secret Fairy set to launch this week, what better time to be present than when a new game launches.

Developed by Koei Tecmo, the Atelier series focused on telling tales through the power of alchemy, and generally, these games deliver wonderful coming of age tales. Being a direct sequel to Ever Darkness & the Secret Hideout, the story picks up as Ryza finds herself at a standstill as her friends have gone on to do exciting things, she’s still stuck on Kurken Island and while she consumes herself with alchemy, she wants more out of life. I don’t blame her; I’ve been there and it’s not a mindset that is healthy for growth. One day Ryza discovers a mysterious gem given to her, this gem gives her the idea of travelling to the capital city of Asha-am Baird, where she’ll speak with her friend Tao and together explore ruins that may hold alchemic secrets.

Atelier Ryza 2 is a charming sequel

Being a direct sequel, a lot of the character development and introductions were introduced in the last game. What the developers decided to do is move Ryza into a bigger platform set within a big city, and while we’ve seen the trope of a small fish in a big pond, Gust delivers on the said trope. It’s a great switch from the previous game, as we see a more confident Ryza take on new, unknown situations and come out of it a better person. That isn’t to say she’s the only one who’s being challenged – no, in fact, everyone is and it’s these situations that make the story more engaging and relatable in some ways. If this is your first Atelier title, my suggestion is to check out the Ryza game as many things are alluded to in the sequel. 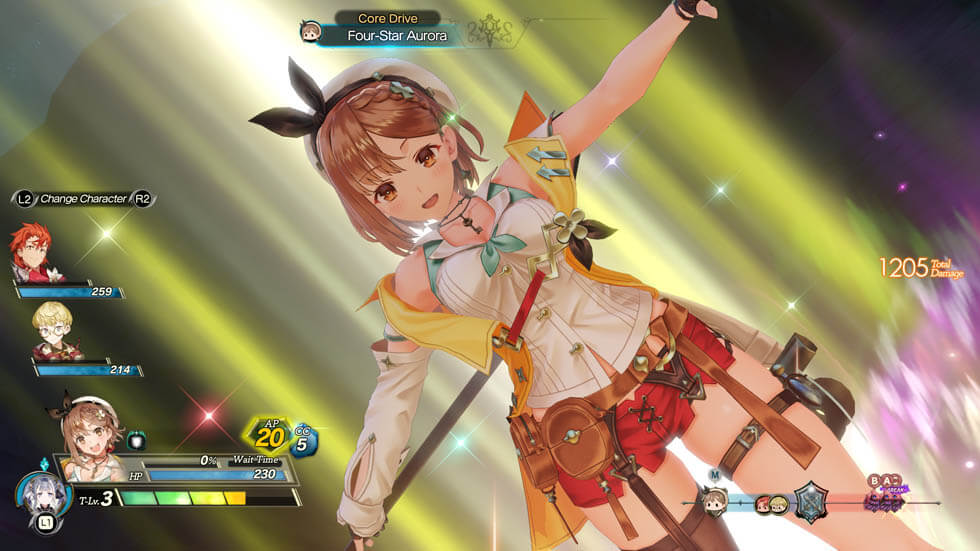 The gameplay is largely turn-based and if you’ve played an RPG, you’ll feel at home. You control a variety of characters who all come with their own sets of skills and abilities and your main goal is to explore dungeons and collect ingredients for the various alchemic concoctions you’ll create throughout the game.  The battle system feels a bit more refined in the sequel and you can chain skills that use AP. You can use multiple skills in a chain if you’ve built up enough AP now too, and the longer you keep the chain going in battle, the more powerful skills become. Each character can now equip four items in battle and there’s a new Core Drive that uses items to deliver special attacks.

One is all, all in one

For the most part, the battle system is still serviceable and only a small piece of the game, the real focus is building up your alchemic skills. Through exploration, you will learn to synthesize troves of items and while the process may be daunting, it’s core to the game. When synthesizing items, you need to be aware of a few things like the quality of items, traits, and so on. The better the material, the better the item you’ll produce.

Each time you create an item, you earn SP to fill in your skill tree. The skill tree includes tons of new recipes, alchemic upgrades, and enhancements to gathering materials needed for alchemy. This satisfying loop of exploring, finding new items, and then using them to craft recipes is immensely satisfying but can be overwhelming, but the game paces itself well. 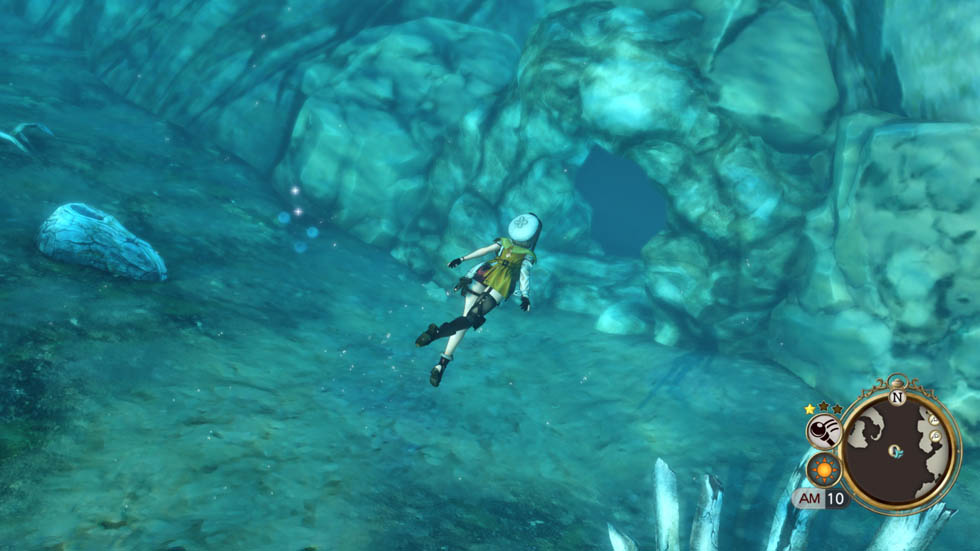 In Atelier Ryza 2: Lost Legends & The Secret Fairy, there are five main ruins to explore and are vast dungeons. They feel more traditional in a sense and are even more complex than what the previous Ryza game offered players. Ryza can now perform more actions as she can swim, climb walls, move through gaps to explore and more. Ryza can piece together memories of past explorers and by using your in-game journal, piece together the past and learn more about them. 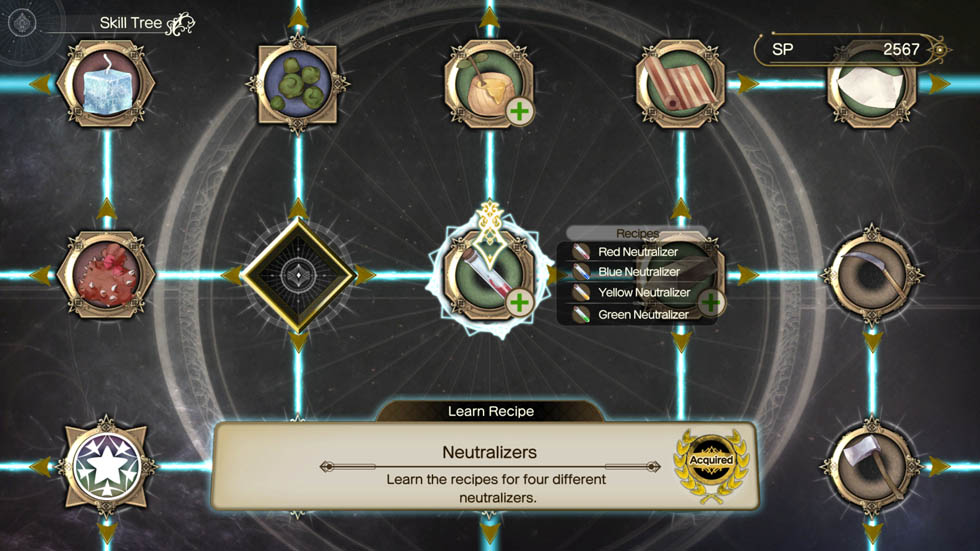 Furthermore, an issue I have is that Atelier Ryza 2: Lost Legends & The Secret Fairy has so many complex systems and if you’re not familiar with them or how they work, you’ll overwhelm yourself. You’ve got the alchemy system, the skill trees, item fusion, and Essence systems. There are several new synthesis systems like the Linkage Synthesis system where items are placed in cells called Material Loops, designed to allow both new players to easily learn synthesis, and experienced players to create unique customized items. 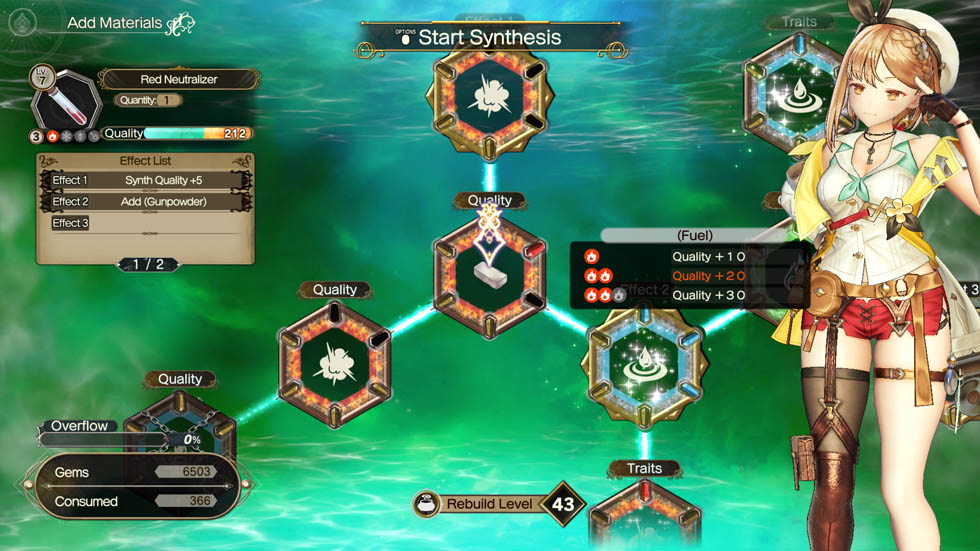 Atelier Ryza 2: Lost Legends & The Secret Fairy is an excellent follow-up and perhaps the next step to a third Ryza game. Gust improves on many systems and expanded on all the things that made the first game so great, the only question is whether we’re getting a third entry. After spending so much time with these characters, it’s hard not to like each one of them. Ryza is a welcome bright spot and such a charming protagonist to play as and while the combat may not have my attention, the alchemy and biggest focus on exploration are a worthy trade-off.