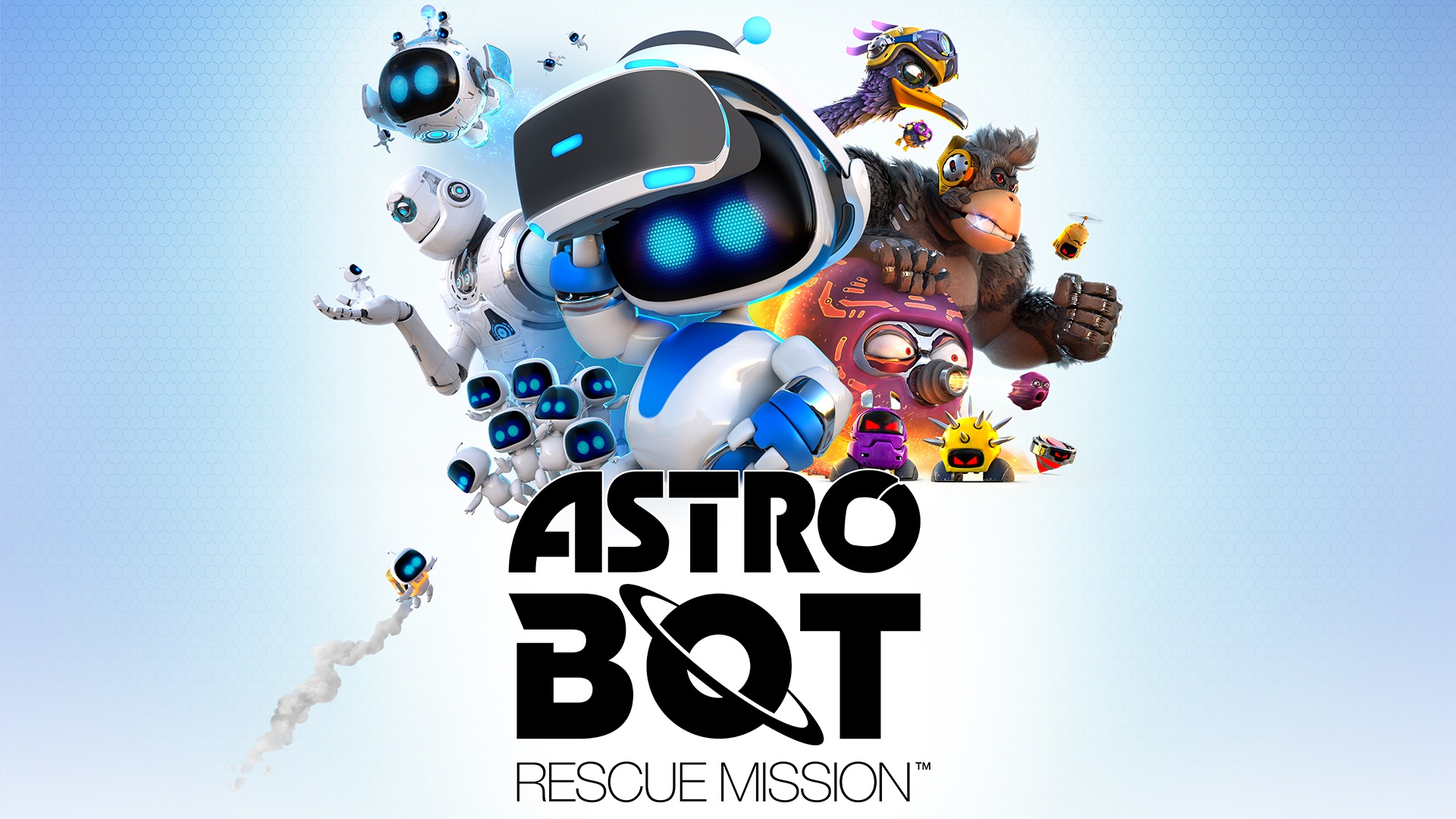 Astro Bots have been around since the dawn of the PS VR with their debut in the Playroom VR experience in a mini game called Robot Rescue. The popularity of the mini game resulted in the developers at Japan Studio to create a PS VR interactive experience of the beloved robots with the hope of making Astro Bot Rescue Mission the official representation of Sony’s virtual reality technology and a must-have title. We will take a look to see if that was the outcome of its release.

Astro Bot Rescue Mission is a platformer that revolves around rescuing lost robotic shipmates who have been scattered across various planets after an alien appears and destroys your Astro ship. You play a friendly robot, who is visible in the game world, who helps guide the lone remaining Astro Bot across various planets with the power of a DualShock controller. Your travels will consists of twenty-six stages set across five worlds and will feature environments such as forests, cityscapes, lava-filled areas, roller coaster rides, haunted passageways, underwater caverns, and even the insides of a whale after being consumed. There is much to discover and explore as you guide your companion around every corner looking for your friends. Each stage consists of locating eight stranded robot companions and one camouflaged chameleon who, once discovered, unlocks one of twenty-six challenges for you to test your skills against the clock in order to recover additional robots not found in the main story. Uncovering these robots is not as simple as you think as you will need to examine the area to locate them as some are hidden and require an attention to detail, or they will surely be missed. Sound queues will also help you locate their whereabouts, but players will have to maneuver their heads around the environments to bring areas into frame.

This interactive experience puts the player in the front seat as they travel through each environment. As noted above, you will navigate the camera view by moving your head around, but you will also need to use it to smash through barriers, dodge incoming projectiles, and even return soccer balls that are projected towards you. There are also a few instances where you have to use your mouth and blow petals off a flower. It is moments like these that define the innovative features within Astro Bot Rescue Mission.

One of my favourite parts of Astro Bot Rescue Mission pertains to the discovery of stranded robots and seeing what they are doing while waiting for rescue. Most are simply waving a flag calling for help, but several offer comical moments such as sitting back on a beach chair with sunglasses relaxing, enjoying a cooked fish on a stick, doing a dancing performance for their captives, and even eating popcorn, to name only a few. Another impressive feature is providing the player with new skills, or attachments, as you progress through the story. The acquisition of these attachment showcases the power of the DualShock controller as they hook onto it upon discovery, which aids in overcoming new obstacles as they are presented. You will acquire a grabbling hook to break down walls and create ropes to traverse the terrain, a water canon to cool down fiery foes, a Gatling gun that hurls projectiles at your opponents, a flashlight to light your path, and even shuriken to throw and cut items such as spider webs and bamboo trees.

Players will also encounter a boss within the final stage for each world. These battles will put your skills to the test and some incorporate the use of attachments to thwart their reign over the world. Players have the tendency to imagine what they would want a boss battle to include and I can say that the final battle offered an engaging experience that featured all the gameplay elements that were featured throughout your little robot’s journey. It was everything I could have hoped for to be included in a final boss battle. Once completed, you will surely want to go back and revisit the experience from the beginning. There are also numerous challenges for you to overcome and acquiring coins scattered across the worlds can be used back on your Astro ship to collect various collectible toys. There is a plentiful amount of replayability to be enjoyed and will definitely have you showcasing the unique PS VR experience to friends and family.

Astro Bot Rescue Mission offers enjoyable moments for gamers of all ages as you travel across five worlds looking to rescue your lost friends. The innovative gameplay mechanics featured throughout creates the definitive PS VR experience that developers Japan Studio set out to deliver. Anyone who is considering to pick up a PS VR this holiday season will want to purchase the PS VR bundle that includes Astro Bot Rescue Mission alongside Moss. It will make the best gift for a friend, or even for yourself. Everyone needs to experience the emotions of this journey and its conclusion when your robot companion looks at you and waves farewell. This, however, should not be viewed as a final goodbye, but rather I will see you soon. Astro Bot Rescue Mission is without doubt the best PS VR experience to date and comes with our highest recommendation.