Ubisoft Singapore’s smaller-scale 9th-century map of Francia explorable in the latest DLC addition to Assassin’s Creed Valhalla maybe… well, it’s small in comparison to the base game’s early England. However, it’s a wonderful world full of blighted battlefields, dilapidated Roman ruins, a fair few fields of zesty flowers and, of course, the burgeoning militaristic city the expansion is named for. The long and the short of it is that Ubisoft has fit a lot into a little. But that’s a perfect metaphor for what makes The Siege of Paris arguably the best content this IP has seen since it’s re-imagining with 2017’s Assassin’s Creed Origins.

The Siege of Paris uses a rather uneventful historic Viking campaign and turns it into a tightly structured narrative that sheds a few of the stale elements the series has adopted recently, brings back an old fan-favourite mission type and adds a new furry friend.

Like all the previous story content added to Assassin’s Creed Valhalla, you jump into this new story upon returning to Ravensthorpe. One of the children will inform you that a group of travellers from the distant kingdom of Francia has arrived and built a guesthouse on the edge of town, where they are awaiting you with a grand feast and enough light and refreshing wine to blackout a herd of elephants.

The visitors — who deserve a feast for simply being able to construct a whole house in the time it took you to log in — are Toka and Pierre, members of Earl Sigfred of the Elgring clan. While at first skeptical of why these guests are so nice, Eivor — and by extension, you — warm up to them and offer to hear their request.

Toka speaks of her uncle Sigfred as a man consumed by the grief of losing his brother at the hands of Francia’s king, the unfortunately named Charles the Fat. 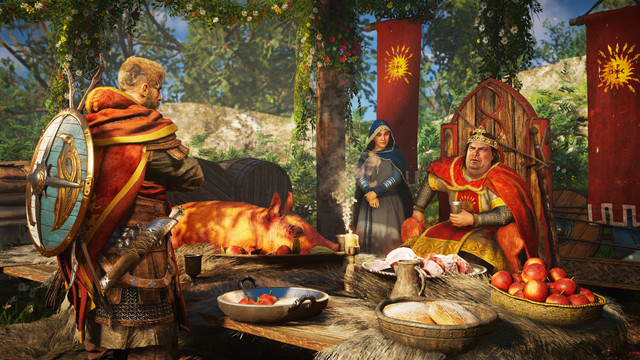 When Eivor asks why they should care about Sigfred’s vendetta, Toka responds that Charles — who very well may have suffered from split personality disorder masquerading as being possessed by a demon — is raiding Viking settlements and will likely make it to Britain as soon as he has run out of opponents in Francia.

Wanting to do what is best for the village they’ve spent the base game building, Eivor agrees to answer the call — if for no other reason than to pinch some silver from a city supposedly flush with it. 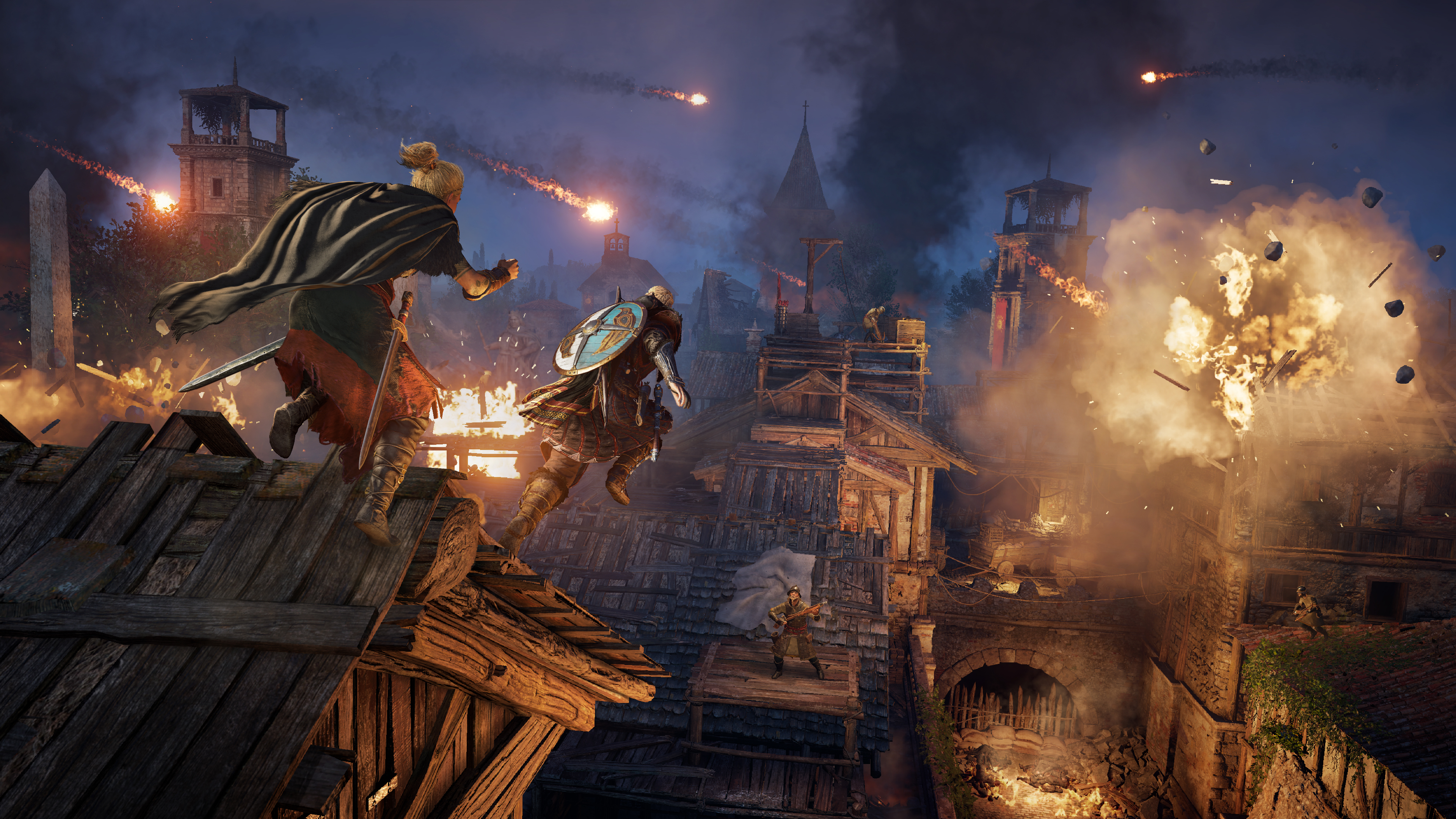 The story that unfolds over the roughly ten hours of new content is a deeply satisfying narrative of political intrigue and personal possession that rights several of the wrongs that Assassin’s Creed has recently run into. Exploration in Francia follows a much more scaled approach where there’s less to do and collect, and it’s all closer together. It was a welcomed aspect for people like me who had to do a whole lap of England and Ireland before they could even think of attempting story missions.

Overall, there are fewer characters to get to know and fewer side quests to be played in Paris, which is frankly a relief at this point in Assassin’s Creed Valhalla’s life. I am ready for a good break before Season Two of DLC content becomes a reality. There are still quite a few monasteries to raid, world missions to complete, an amazing weapon to find, and people to meet. So, Siege of Paris also does a great job of condensing the players its story and the elements between that tale but also it improves upon a few elements that have become somewhat stale.

Cultivating all those cults

In their adventure to speak with King Charles, Eivor comes into contact with yet another cult as they uncover the existence of a shadow purification league known as the Bellatores Dei — a group of Christian zealots far too focused on making Francia pay for its sinful ways in rituals that are themselves far more sinful than the original acts. 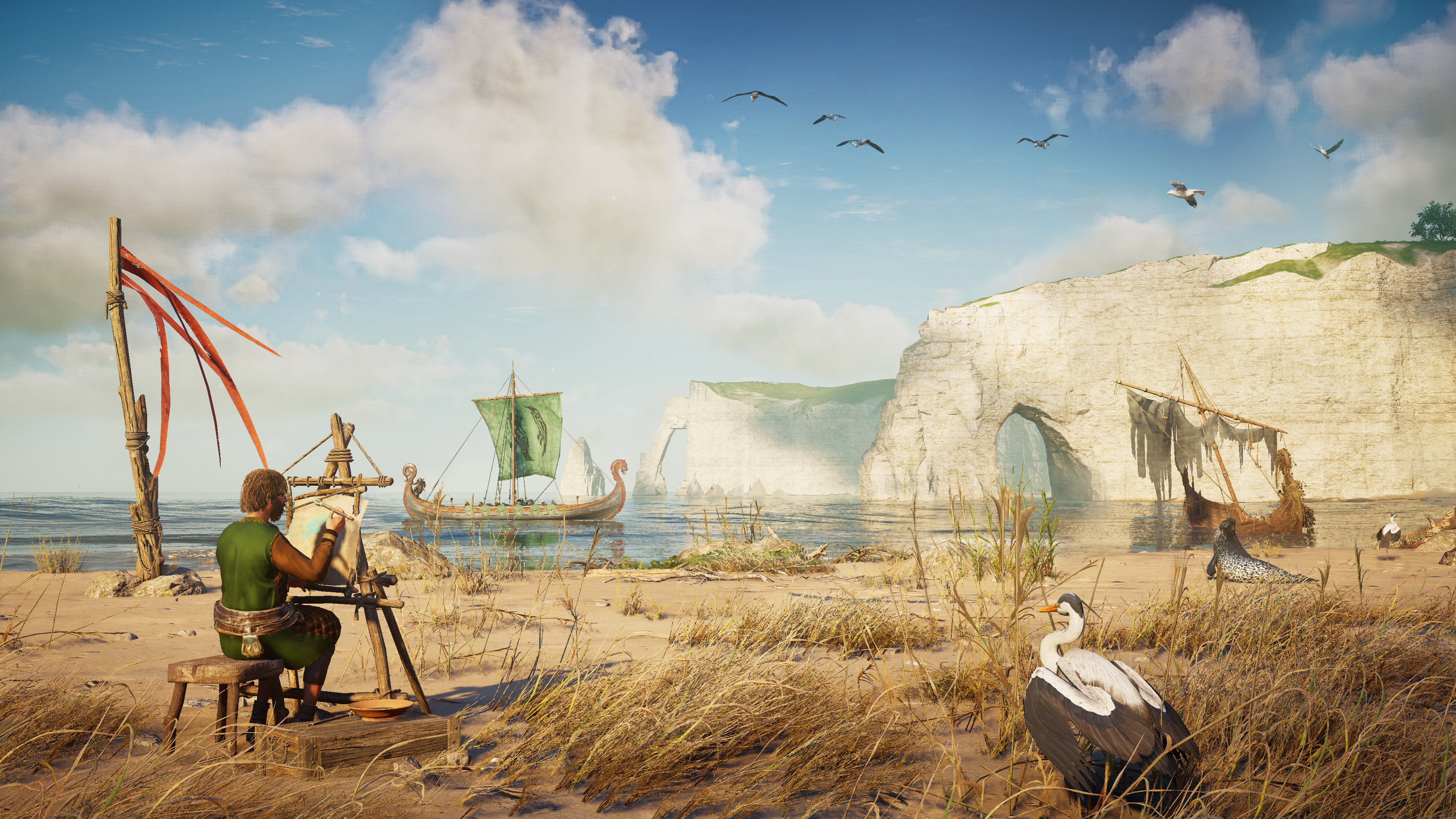 To me, it has felt as though having branching cults has become a way for Ubisoft to string a bunch of highly similar boss battles together in a means to add a number of hours to their games. It’s great in moderation, but by previous DLC entry, Wrath of the Druids, I was feeling some deep despair at having to track down another round of Dark Souls-like boss battles. So I am glad to report that Ubisoft Singapore uses the Bellatores Dei members as targets for Infiltration Missions as a revival of Black Box Missions that became a popular part of Assassin’s Creed Syndicate and Assassin’s Creed Unity.

In these five new missions, Eivor will become familiar with a religious leader who is twisting their faith into something grim. The new mission type plays out in a way that Eivor must follow a set of clues until they determine the zealot’s location. At which time, they can charge in weapons ready for a boss battle identical to the base game. Or they can continue to look for clues that will lead them down a conflict-free path that puts them within the distance of an automatic assassination. 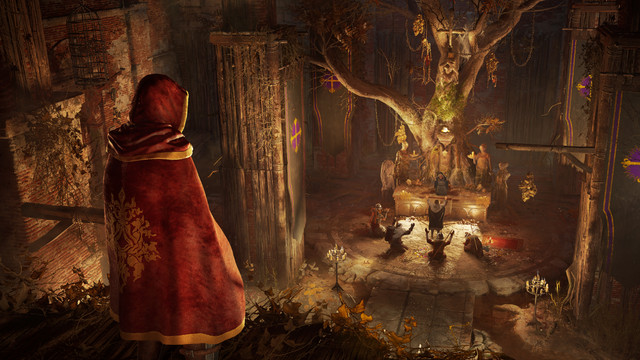 Through my research, I found out that she needs a specific tool in her ritual that I found myself in possession of. For example, in one infiltration, I was tasked with killing a zealot taking people to a basement to atone for their sins — only to never be seen again. Her ritual was paused — affording me time to release a prisoner in line for the ritual, leading her guards on a chase, opening her up to be a victim of my leap from a pillar.

For those looking for even more stealth satisfaction, you’ll earn a unique assassination event if you follow the missions exactly as planned.

New Puzzles that will chomp at your knees

The Siege of Paris takes place at the height of the plague spreading through the city. Rats are running rampant, spreading the illness and being put into food — which I’m not even going to touch any further! They’ve also been put into puzzles and have become a maddening annoyance. 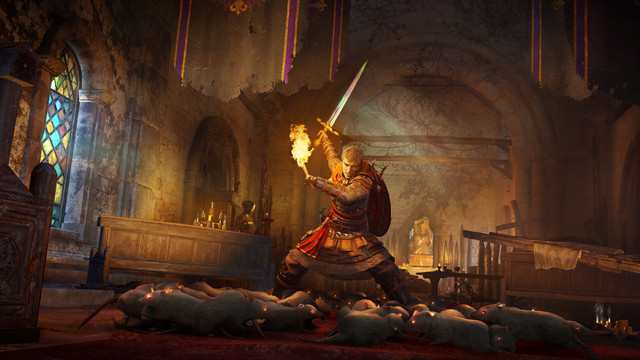 Rat Swarm puzzles are new to the series where Eivor must swing their weapon at a group of rats in order to chase them back into a hole or just long enough to get to safety. While that doesn’t sound hard, consider that sometimes the solution is very well hidden. And even one wrong move or a break in stamina can lead to a full-out death. I am no fan of the Rat Swarm if I’m being honest. However, I do appreciate the new level of difficulty they’ve added to the game’s dungeons. 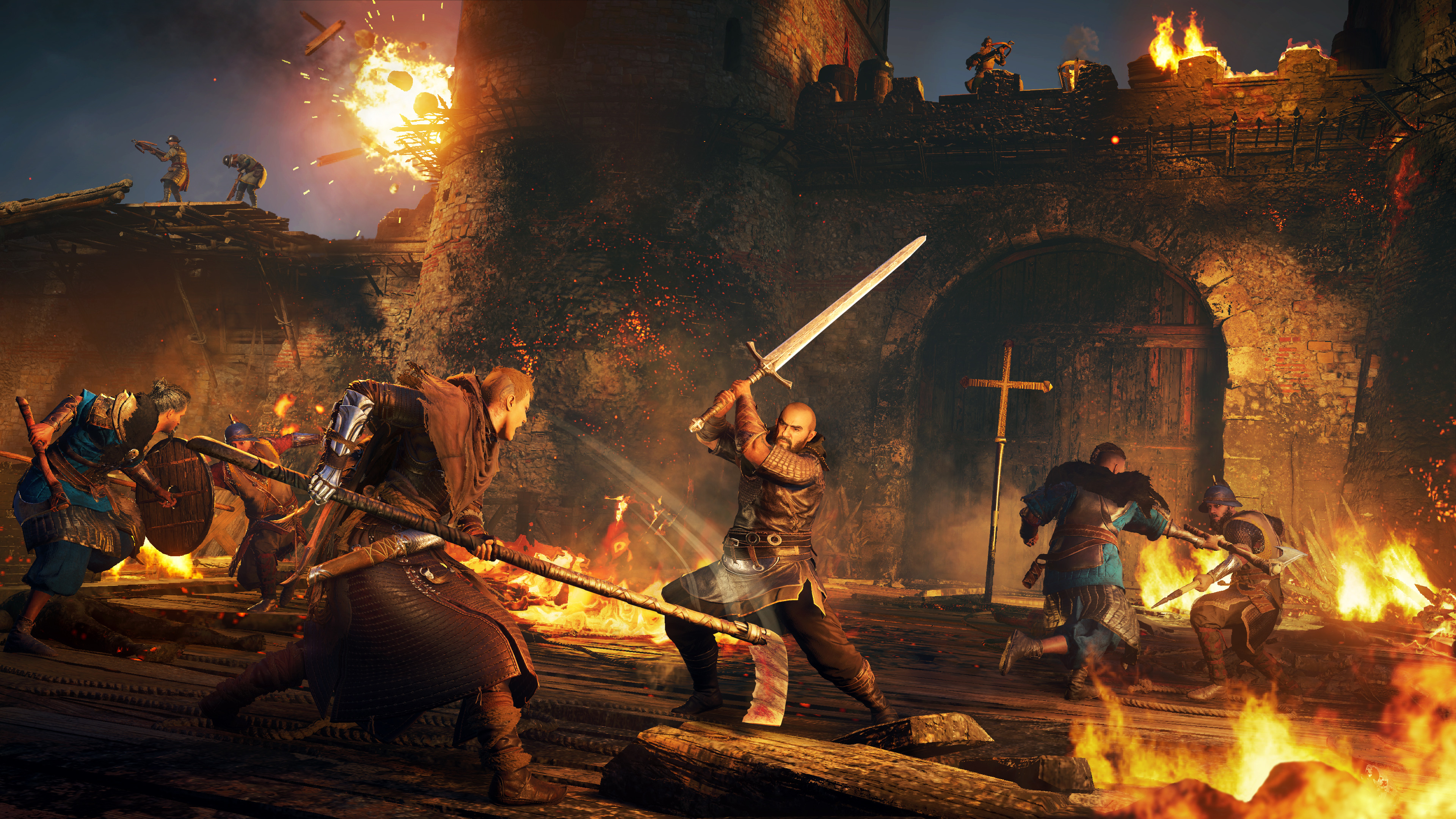 There’s also a skill that allows you to attract rats to gnaw on people by directing them with an arrow. It’s not great for stealth players as it causes guards to enter the alerted state, but it’s unmatched for countering a clumping of guards around a fire or a gate.

The Siege of Paris is some of Assassin’s Creed’s best storytelling and gameplay in the series’ current generation. Greater attention to telling a story that isn’t as large and complex matches with elements that revive stale portions of older games provides a DLC that won’t be the longest experience you’ve played in a while, but I imagine it’ll be one of your favourites. There’s just enough story here to appreciate, and a great return to more methodical forms of Assassination and a new puzzle element that will end this season of content. Ubisoft Singapore should be very proud of this DLC.