Ubisoft’s Viking Age epic is even more… well, epic starting tomorrow, with the launch of Assassin’s Creed Valhalla: Dawn of Ragnarök — yet another meaty story-and-location-adding DLC.

Just now, you are probably groaning at my use of epic, which is fair! What’s not fair is considering this new addition to Assassin’s Creed Valhalla as being one to groan at.

Like so much of this franchise’s extra offerings, there’s a lot of the same base game content happening over again. However, a strong story paired with a refreshing return to the myriad of mystical realms of the gods found throughout the series makes Dawn of Ragnarök worthy of your time.

By Odin! Are you developing as a character?

The most intriguing portion of this DLC focuses on Eivor’s split personality with Odin, referred to by most characters as Havi.

While the base game’s Asgard arc extensively introduced us to Havi and his reign over the Nine Realms, it introduces us to a king who is very self-centred and short-tempered.

As the story develops through the aforementioned arc, Havi, more or less, stays exactly the same — which cannot be good for the ol’ ticker, can it?

Dawn of Ragnarök marks a refreshingly new path for Havi through the eighth world of Svartalfheim and is delivered by a cast of colourful dwarves. 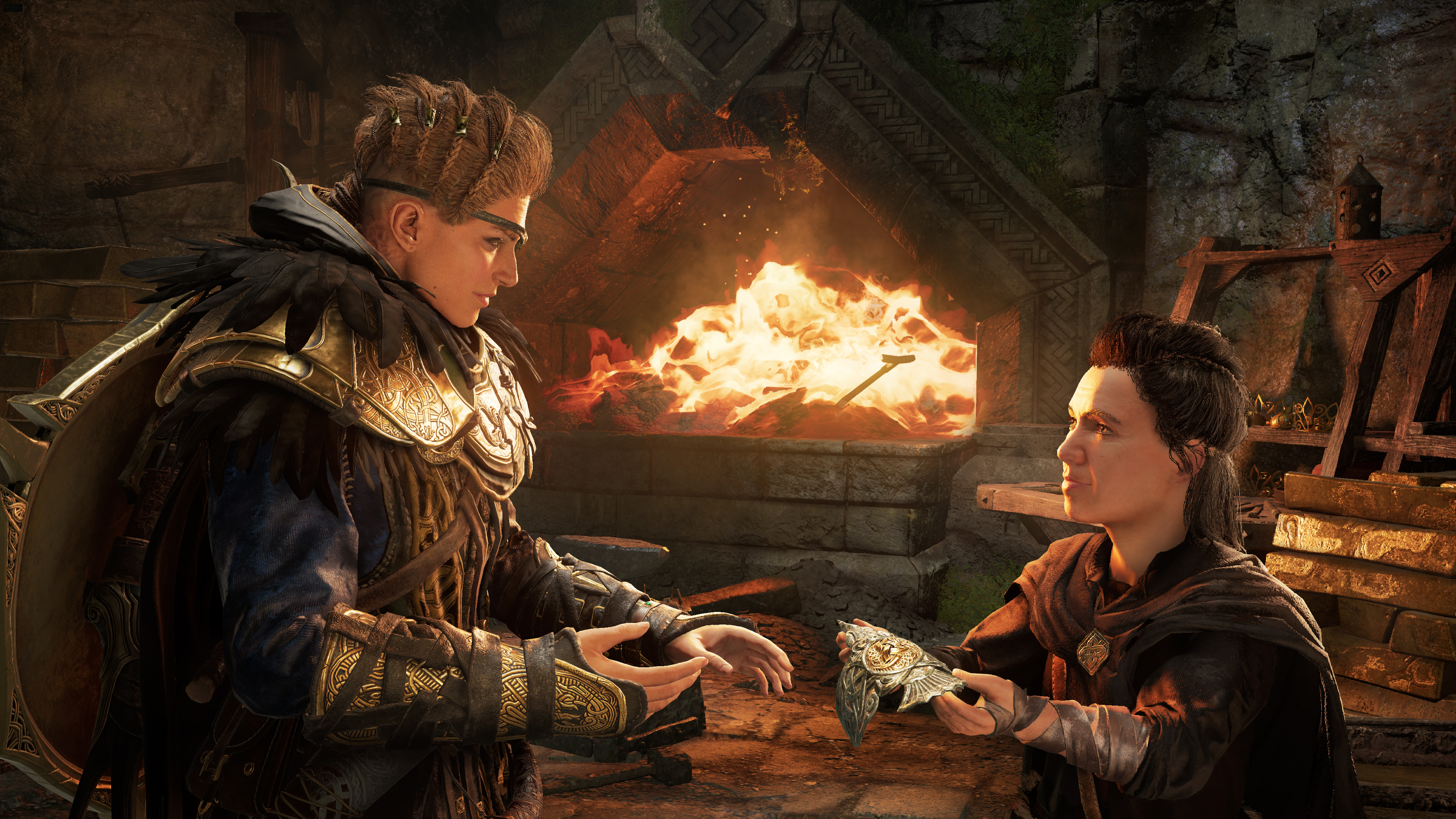 At the point at which we are dropped into the story, the dwarves have abandoned their cities and various other sites above ground for the safe embrace of their remaining halls under Svartalfheim.

This is because Surtr, his family and their hot-headed minions captured the realm from under the one-eyed gaze of Havi.

It’s for this reason that Havi is looked down upon by the dwarves — even though he is far, far taller than they are. I found myself chuckling often as one of several dwarves made light of Havi’s royal title or sarcastically showed little affection for the king who left them to fall to another god. 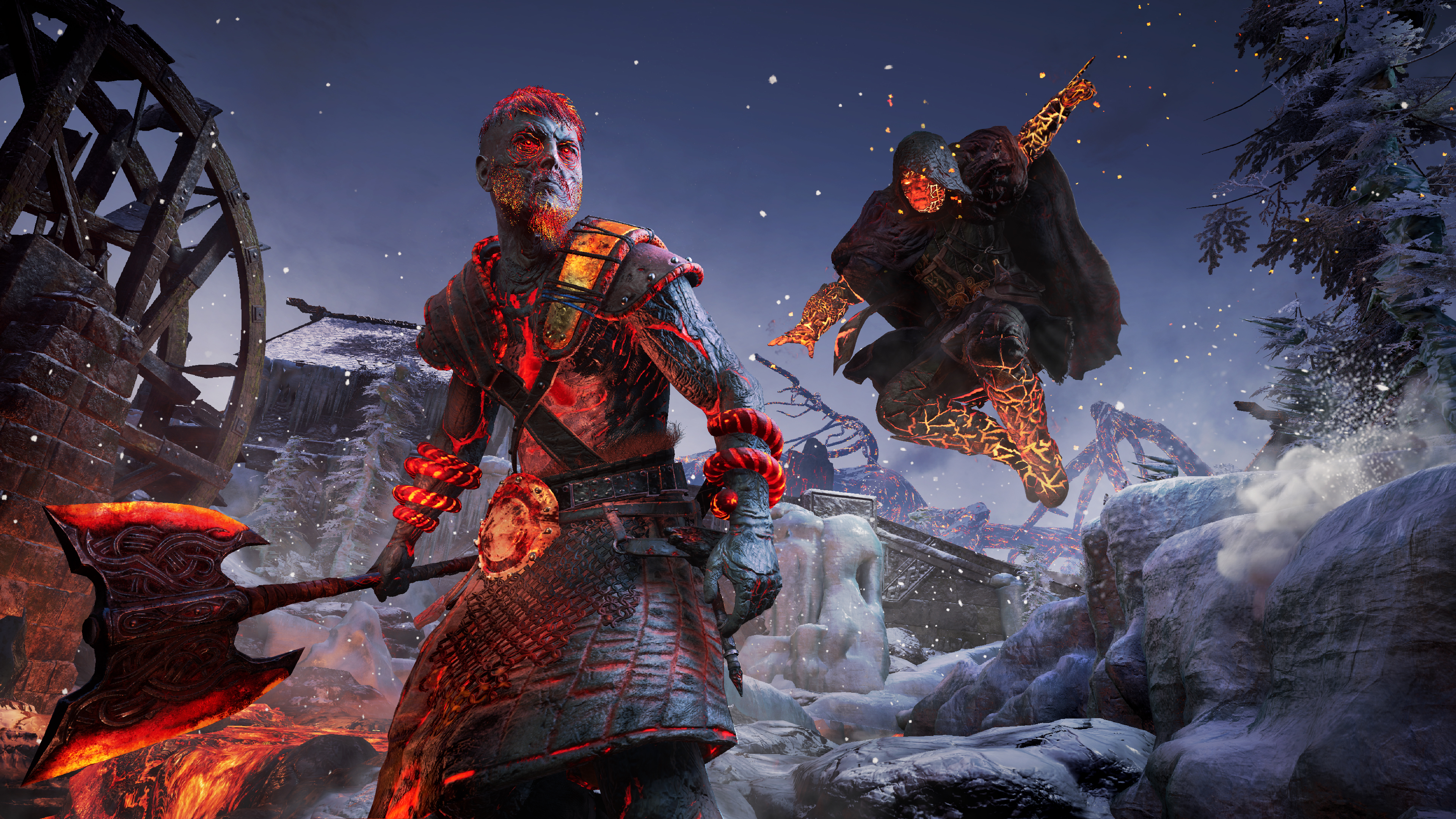 Odin is in Svartalfheim for one reason: to save his child, Baldr, who has been captured by the family Surtr.

In the beginning, Havi’s goal is based on one note. But as he comes to realize what has befallen the dwarves on his watch, he opens up and develops into a captivating god that gives new life to Assassin’s Creed Valhalla‘s long-drawn-out musings.

Another welcomed addition that comes courtesy of  Dawn of Ragnarök is Svartalfheim itself.

Since the series’ reboot, Assassin’s Creed has been at its best when it drops it’s at times too overly extensive real-world locations in favour of exploring the Egyptian afterlife and the Greek palaces of the gods found in the lands of Olympus. 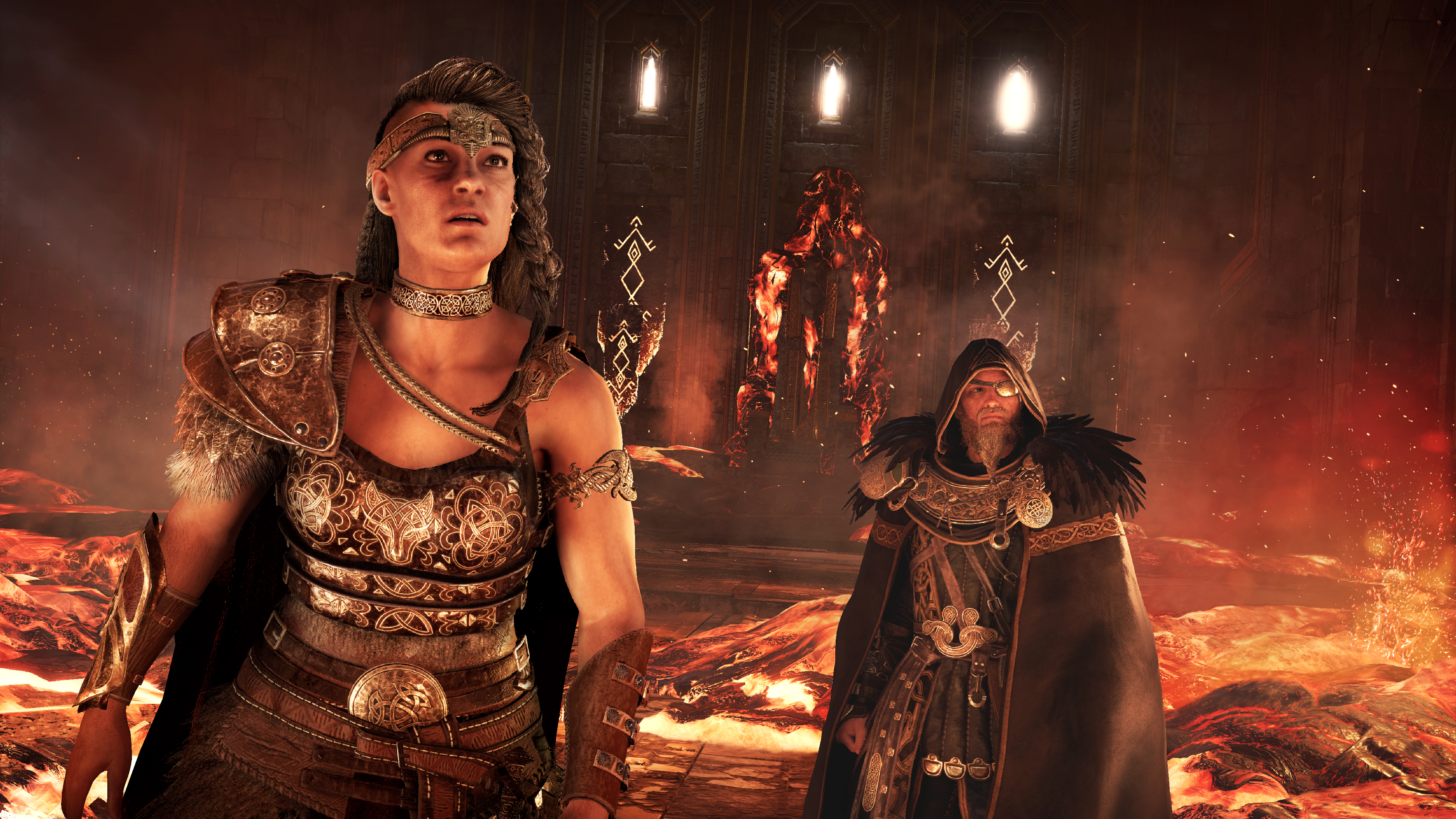 Assassin’s Creed Valhalla’s added interpretations of Paris and Ireland felt far too close to its Britain landmass. It’s a problem that continues to increase fatigue in the player base.

So I’m happy to report that Svartalfheim appears like what I imagine Peter Jackson dreamt about when he was first crafting his vision of what The Lord of the Rings‘ Middle-earth should look like — a vision he has to literally invent CGI to present.

Svartalfheim is a wondrous world of mountains made of solid gold, islands floating in the sky and grand halls hidden below the earth.

On multiple occasions, I found myself simply riding my mount without a destination, stopping when I came across a burned-out forge or cave in a mountain range to see what this world has to offer.

Some things are new, more things stay the same

Dawn of Ragnarök is not without its flaws. The biggest of which is that it while I love the addition of a suite of new godly powers offered by the new Hugr-Rip bracer — a state-of-the-art dwarven technology — that allows you to walk on lava, teleport, raise the dead and turn into a giant raven for faster travel and improved stealth, you’ll be doing much of what you’ve already done through Assassin’s Creed Valhalla in this DLC. 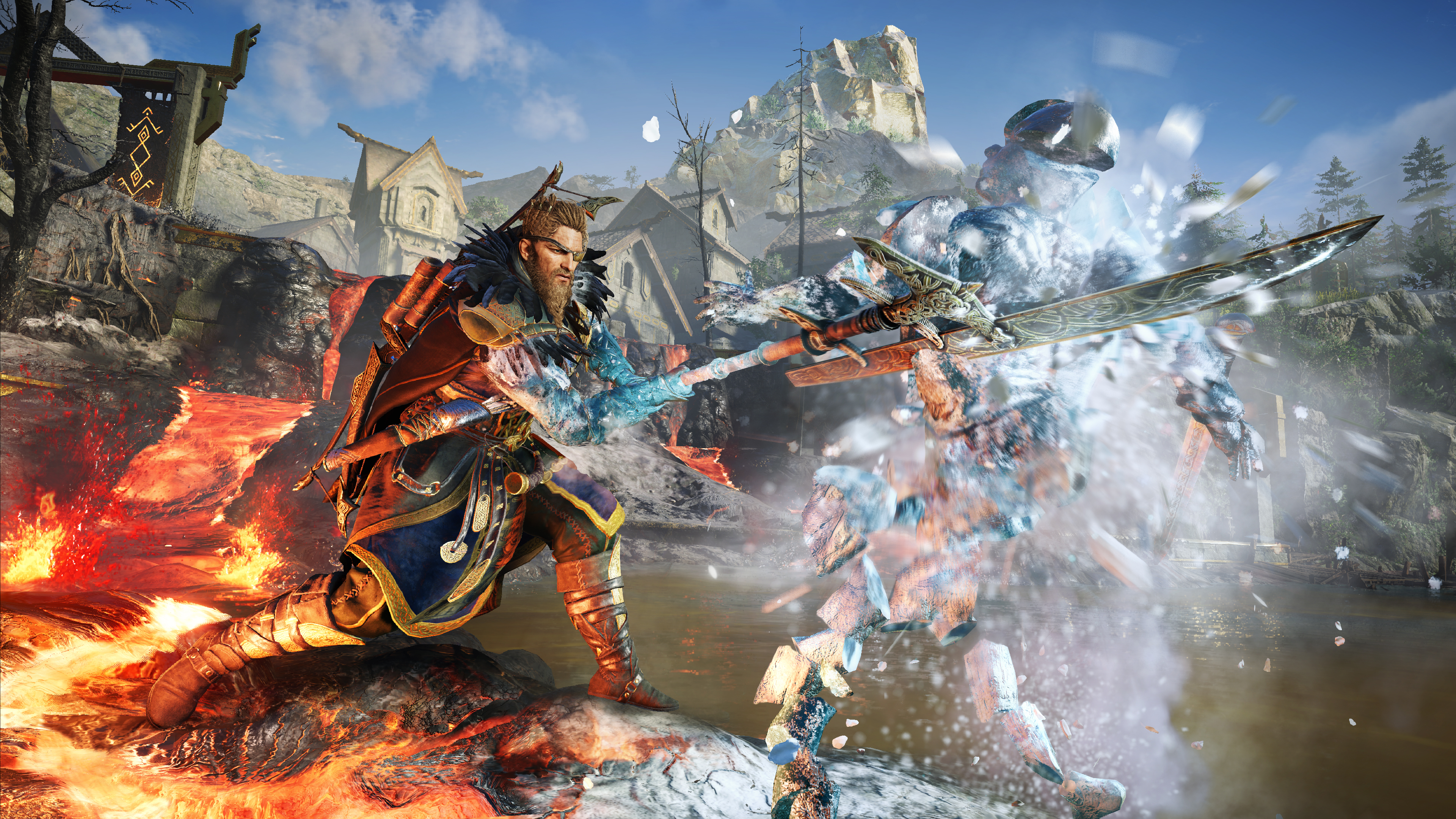 There is a new enemy skin by way of Surtr’s Muspelheim Army, but they look like burning versions of the game’s Jötunn Army, and they play identically. There’s a handful of new boss battles that lean heavily into using lava-based battle arenas, which are compelling, but certainly don’t make up for the slogs of samey soldiers you’ll fight along the way.

It also brings me great displeasure to report that raids return. I found myself completely over them by the end of the base game, and so I’m especially upset that the only change made to them here is that resources are now Silica — a resource used to upgrade Hugr-Rip abilities. 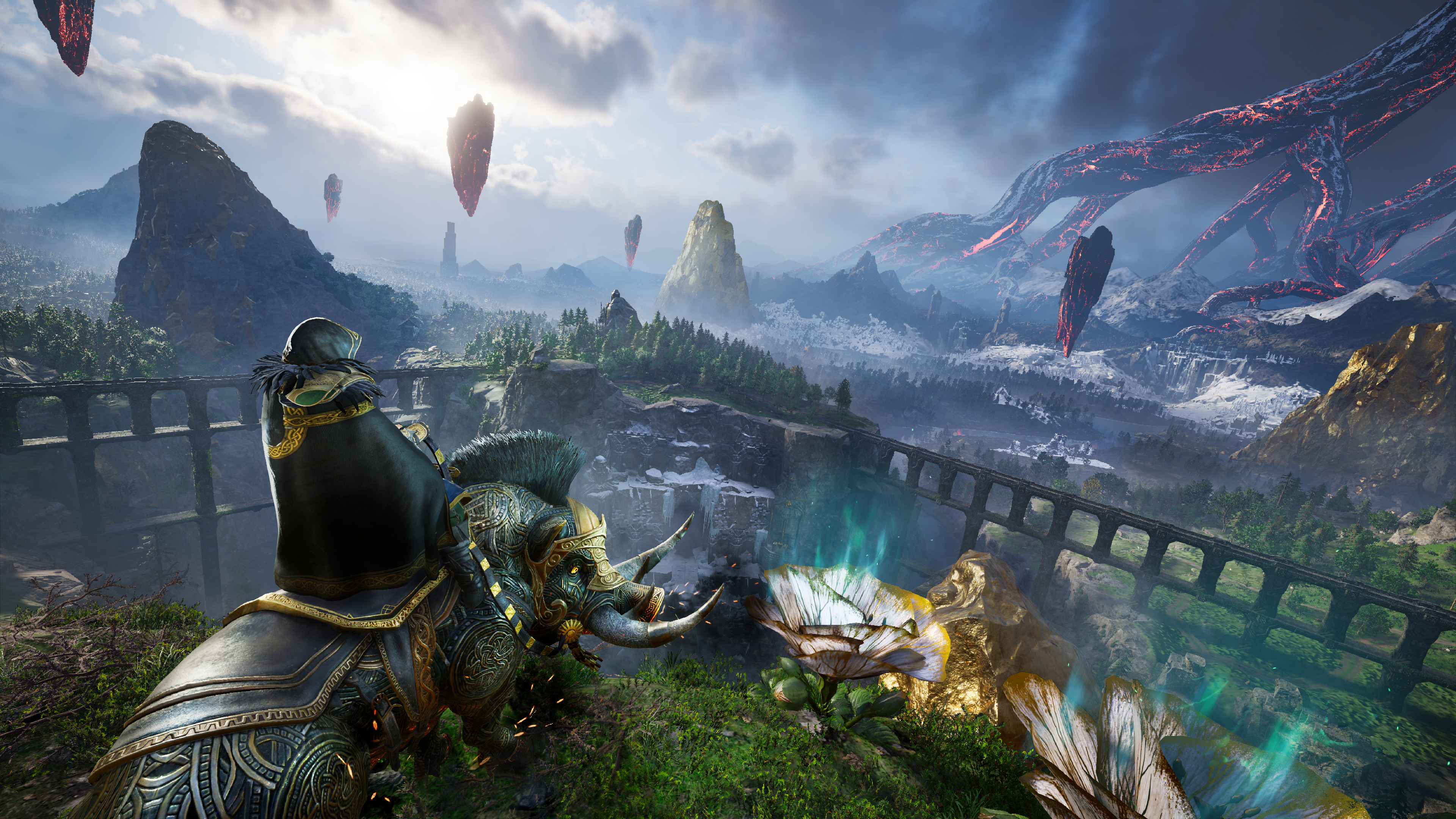 I also feel as though I’m not alone in my displeasure to see my human crew answer my horn call to begin raids. Please, Ubisoft, at the very least, give me something resembling the dwarven fellowship from The Hobbit or a crew of the dead!

Shortcomings aside, Havi’s strong character development paired with a return to the mystical settings Ubisoft keeps adding to the series’ latest additions create a package of content that won’t waste your time. Assassin’s Creed Valhalla is deep into its lifecycle, so having an instalment that offers something new while not totally giving way to the same old song and dance is respectable. Assassin’s Creed Valhalla: Dawn of Ragnarök is just refreshing enough to quench my thirst. Right now, that’s enough for me. But please, Ubisoft. No more raids!