It’s that time again. What time do you ask? It’s the time of the year where the newest Assassin’s Creed is released and out into the hands of fans and reviewers. Has Assassin’s Creed Syndicate improved enough from last year’s miss-step, Assassin’s Creed Unity? We’ll discuss that in this review. This year is an entirely solo affair, marking the first time since Assassin’s Creed II we don’t have any multiplayer which allows the single player to shine.

While I didn’t necessarily hate last year’s Unity, I didn’t much like it either. The clipping in animation, the clunky controls and the floaty parkour made for a mediocre foray into the French Revolution. The game took more hits than it needed. It was a lesson that was needed and something the series needed to find new footing. It’s now 2015 and this year Ubisoft has taken us to London during the Industrial Revolution. This is the most modern title in the series and a huge improvement over the previous year. Its 1868, London is overrun with Templars and Jacob and Evie Frye have arrived to return control to the people of the city by loosening the grip of their enemies.

These two new protagonists have quickly risen to be favourite following Ezio of course, their sibling bickering is exactly what makes this the reason. Jacob is brash and doesn’t take the Creed as serious as his level headed and collected to a fault. The two of these Frye’s are more interested in their own agendas though and this sets them apart for a duration of the campaign.

The supporting cast is well rounded too, full of memorable and interesting characters. Charles Dickens is obsessed with the supernatural, Henry Greene, an Indian assassin, likes research more than field work. It’s the best supporting cast since Leonardo Da Vinci and gang in Italy. New mechanics abounds, the rope launcher allows for a much more streamlined experience traversing the beautiful architecture of the Burroughs of London. Did I mention you can character-swap between both Jacob and Evie? With a button press, you can switch up between the two characters in free roam each with a specialty each assassin excels at. The only exception is campaign missions which have Jacob taking the lead the majority of these sequences. Jacob and Evie have skill trees the branch out to cater to their strengths. Jacob is brutish, acting as more of a tank allowing for better combos and deadlier finishers. Evie, on the other hand is stealthier allowing her to at her most powerful to go completely invisible to the eye.

From the Fight Club to the Cargo Hijack events to the Train Robberies, there is a ton of side activity to complete. The Templar Hunts help the Rooks reclaim London piece by piece. My favourite were the return of the Murder Mysteries except they have been fine-tuned and upgraded to be quite fun. Trains were an integral part of London’s society and have created an excellent addition to the franchise. The streets of London have been widened to accommodate the carriages that have been refined for Syndicate. Both of these traversal systems feel right at home here allowing the protagonists new ways to take on enemies and get around the city.

After last year’s Assassin’s Creed Unity and the mediocre story between Arno and Elise, the return of a coherent and light-hearted story featured in Assassin’s Creed Syndicate make the experience a much more jovial time in London. Assassin’s Creed Syndicate is a return to form for the series. Sadly, many fans are comparing each new release to the original games which have drastically become an afterthought of the franchise once Ubisoft realized how big a series this could become.

Each new title in the series grows further apart from the original plan and deviates enough to create a bigger world, with more webs to connect and pieces to uncover. Take, for example, the modern day portion of the series. Fans have been asking for a proper return to form since Assassin’s Creed IV: Black Flag. I am in agreeance with the sentiment as the parallel stories set the series apart from many franchises, adding a welcome layer of plot to uncover in the present that pushed forward the animus sections of the game. The ‘you as the protagonist’ gimmick has overstayed it’s welcome and a return to what once worked needs to return to the series.

The improvements made to Syndicate more than makeup for the faults of Unity. Ubisoft Quebec has turned the franchise around and set it upon a new path this year. 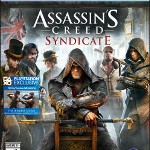