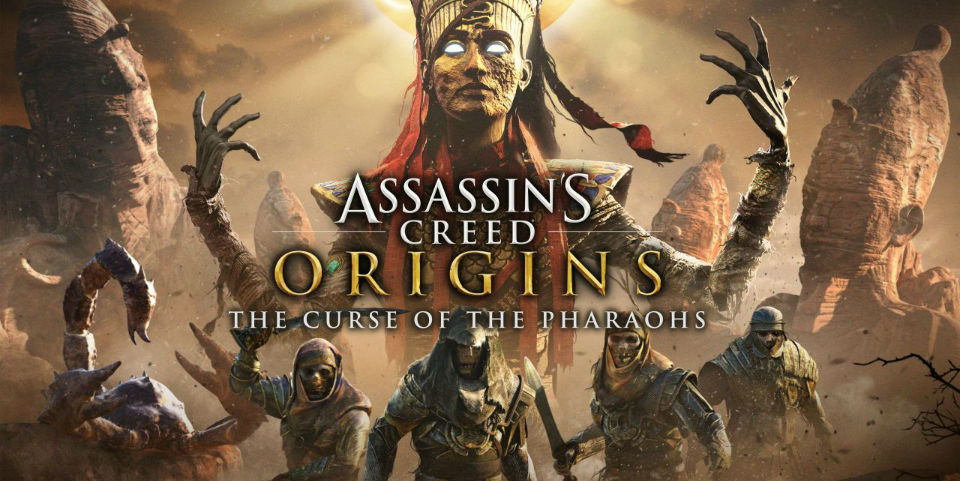 Assassin’s Creed Origins has just received its second and final major DLC expansion adding yet another large chunk to the game. The Curse Of The Pharaohs DLC takes place four years after the main story which sees’ Bayek travel to the city of Thebes to investigate a mysterious disturbance that only leads to dread, mythical beasts, and dead pharaohs. 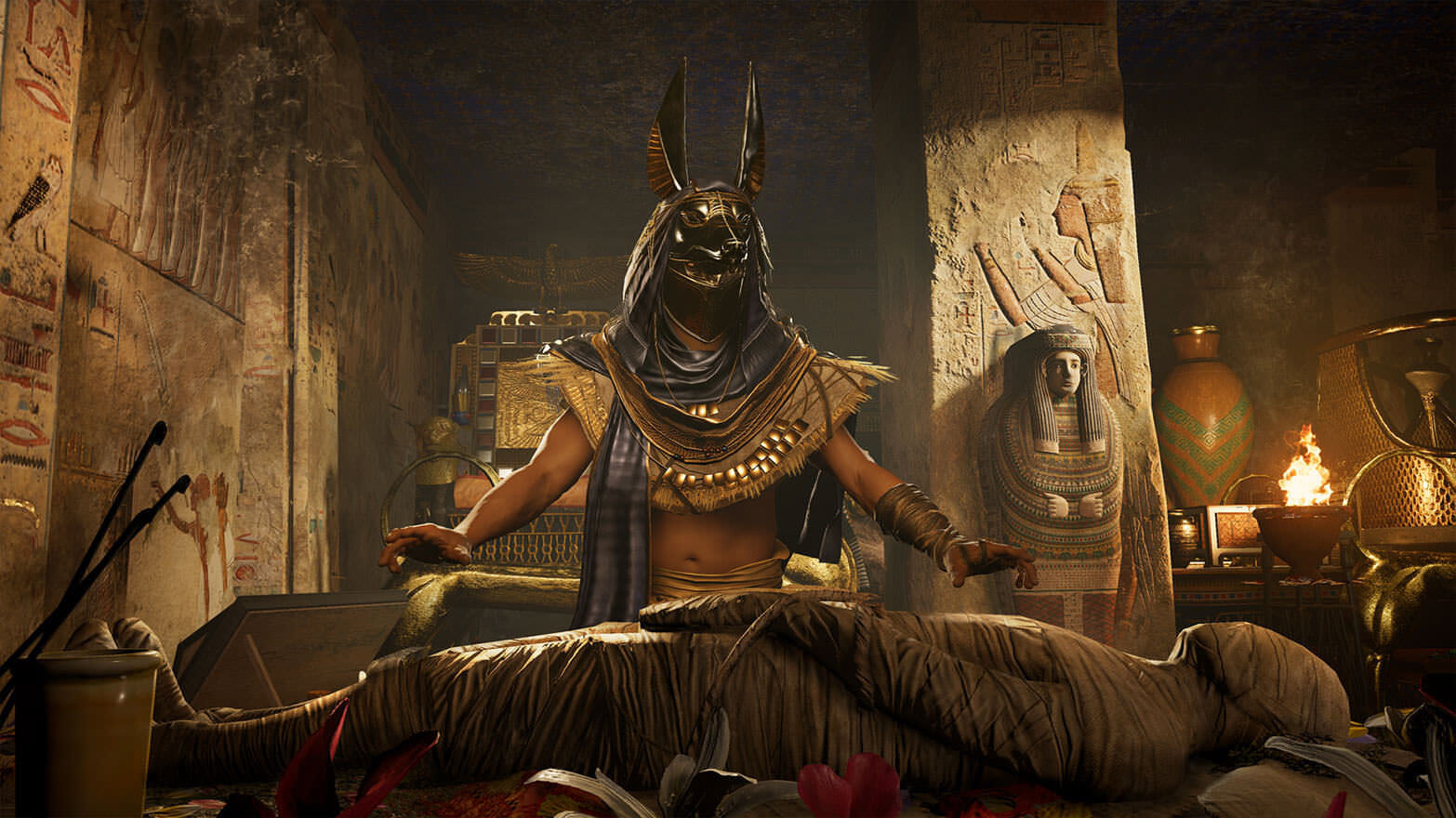 As I said with Assassin’s Creed Origins’ first DLC Expansion, The Hidden Ones, these add-ons are just more good AC content. ‘Curse Of The Pharaohs’, however, goes above and beyond by adding new content never seen before in the game, something ‘The Hidden Ones’ failed to do. In ‘Curse Of The Pharaohs’ Bayek is tasked with defeating several pharaohs who will randomly rise out of the ground and wreak havoc on the nearby citizens. In fighting these ghastly beings, I realized that each pharaoh has a unique fighting style and none of them are like anything I’ve seen in the game before.

This DLC has done something that Assassin’s Creed has rarely done (aside from the Apple of Eden stuff) and has taken a full-on plunge into the world of supernatural with the pharaohs rising from the dead and the various underworlds you will have to visit. The underworlds are easily my favorite parts of the DLC. Each underworld is based on the ancient pharaoh who resides within giving the player multiple different environmental designs, some beautiful and some not so much. Luckily, this deviation from the normally grounded aesthetic doesn’t come off as silly or hokey and is actually based deep in Egyptian Mythology and mysticism. 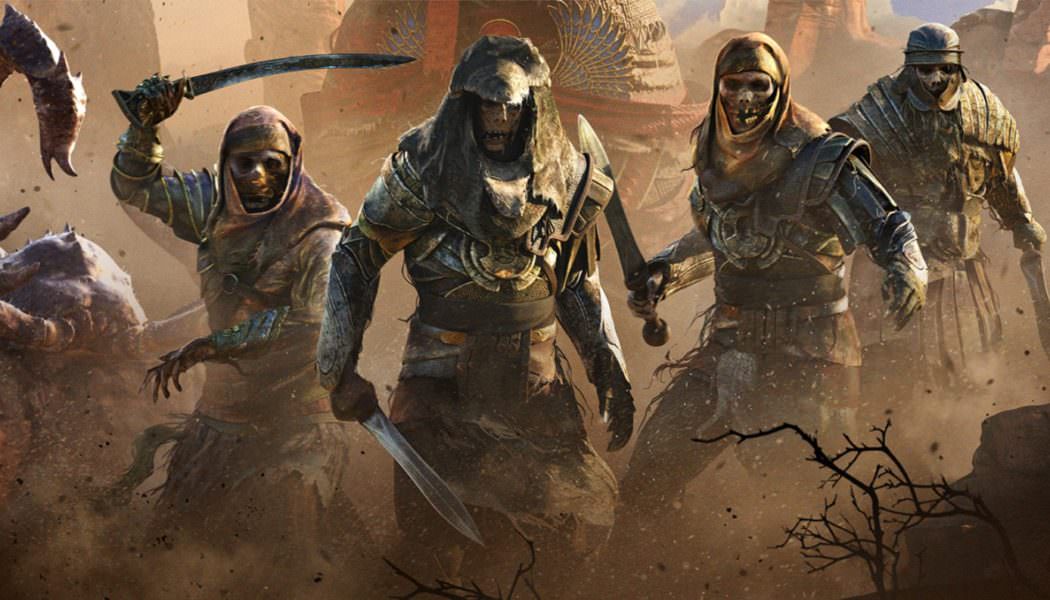 As I mentioned before, the pharaohs and their widely varying combat styles gave the DLC an added difficulty. To defeat the pharaoh’s you will need to relearn each of their combat styles and adapt when they change at the drop of a hat. This makes the combat especially challenging but still fun for the most part. We get a lot of content in this expansion, allowing you can spend 10-15 hours in this DLC alone, bringing the total of gameplay hours for Assassin’s Creed Origins as a whole up to 150+ hours. 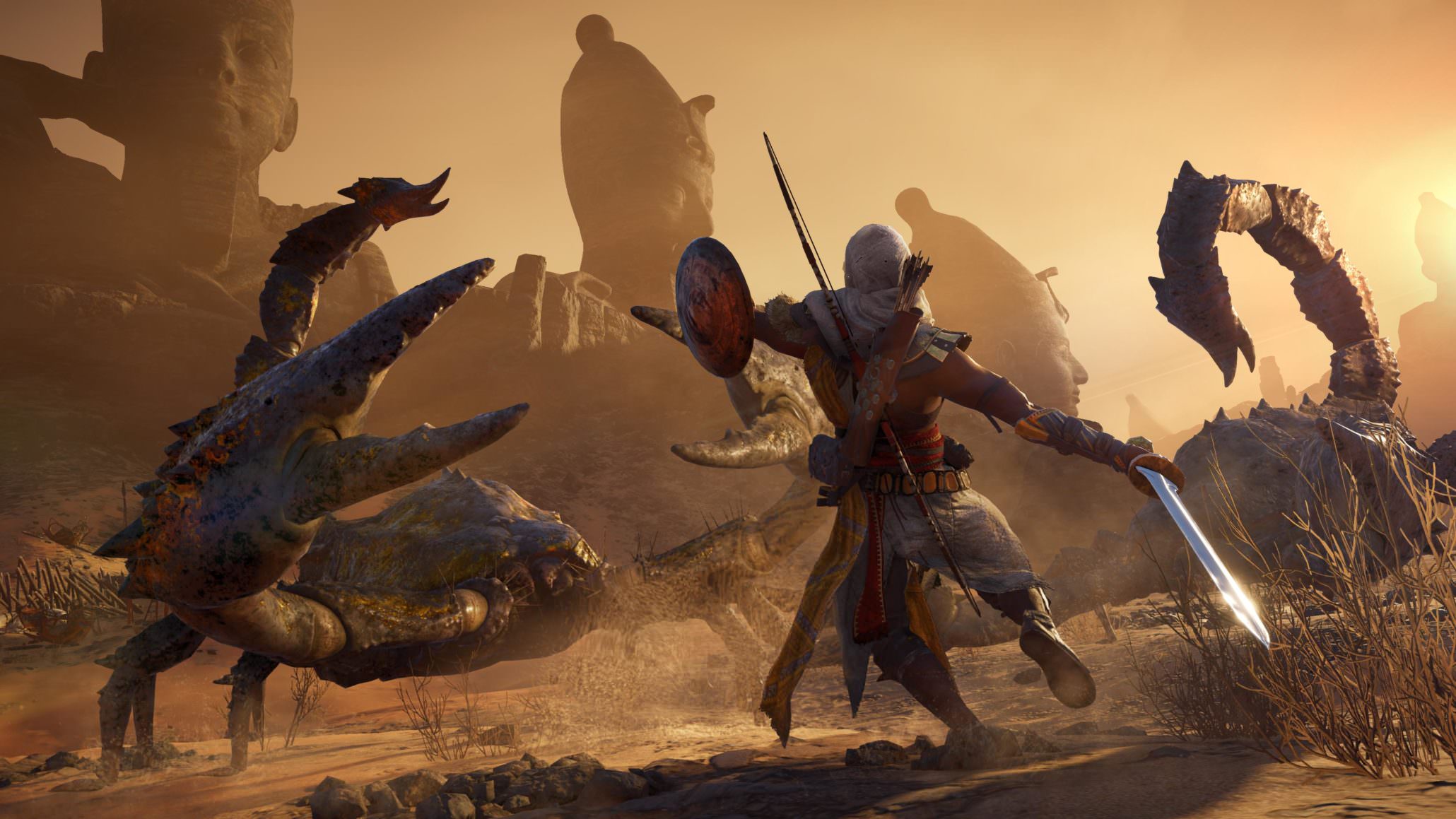 My biggest gripe with the expansion is the way the pharaohs pop up out of nowhere but then disappear just as fast. They have the ability to disappear back to the underworld in the middle of combat and reappear later refreshed with full health. This makes it all the more frustrating when you get one down to a fraction of health only for it to disappear. The feelings resulting from this are ones I wouldn’t wish on my worst enemy. When I’m facing off against tough enemies I like to take my time and get methodical with my strikes, but because the pharaohs are only around for a limited amount of time, combat ends up being brash, messy, and sporadic.

Just like the base game, Curse Of The Pharaohs isn’t without its bugs and glitches. Luckily nothing was too bad, but I have had to restart my game after getting stuck in a wall. Other less offensive glitches one may come across while slaying pharaohs include; arrows going through enemies and not inflicting damage, jumping off walls while trying to climb up them, horses getting stuck, and even enemies spotting you through walls.

Curse Of The Pharaohs provided a fitting and fun end to Bayeks adventures in Ancient Egypt. The second and final expansion not only gave us more of that Assassin’s Creed goodness but also gave us elements we haven’t seen before in that of the pharaohs and underworlds. The expansion adds an extra difficulty which is welcome, but could also be daunting for new players. In total, the good heavily outweighs the bad for this entire game, and this DLC specifically. 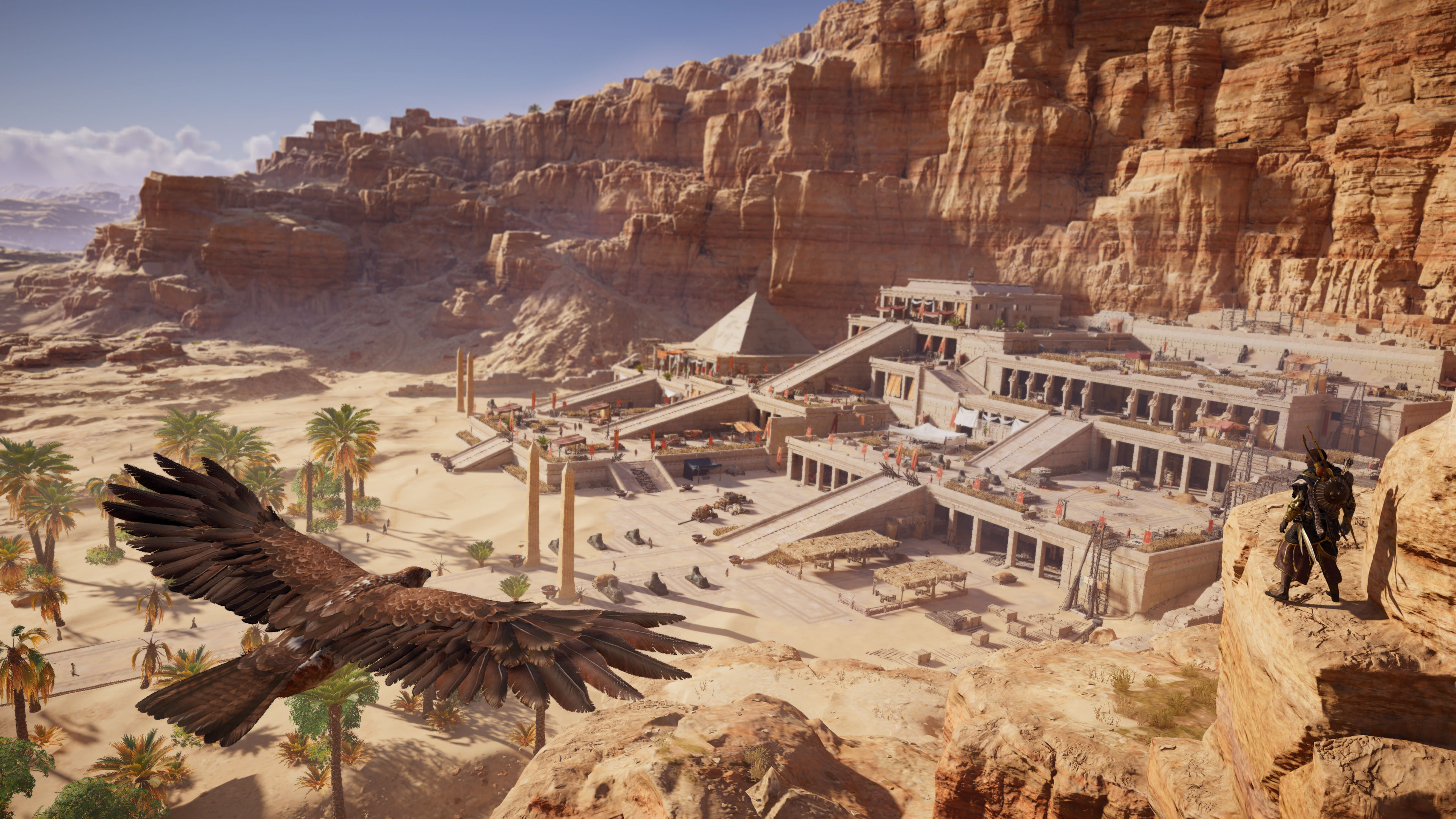