I will always applaud uses of creativity and trying new things out. I try to practice the same things I preach – for the most part, I stick to it, too. So when Ubisoft announced they would be turning Assassin’s Creed into a 2.5 side-scroller, I was all in. The issue with these bite-sized entries to me is the stories and character interactions take a back seat. In both games released thus far, we get these short sequences that gave you basic story information and the usual database to fill in the rest, but, unlike the main games, there is far less time to build the stories like the main series. This dampens the experience because the lack of depth is painfully visible.

If you tried Assassin’s Creed Chronicles: China last year, immediately you’ll be familiar with the controls of the India. The scheme translates well to the 2.5 dimension and allows for you to incorporate your arsenal to the d-pad. Each button co-relates to a different tool including whistling to draw attention, noise darts to distract attention, chakrams to hit out of reach ropes and enemies and smoke grenades that allow you to get past enemies unseen.

The primary focus is to start at one end of the map and reach the other end in one of three ways. If you can reach the other end completely unseen you’ll be rated as a Shadow. If you want to get by as an Assassin you’ll need to stealth kill and hide bodies as you go along. Lastly, if you have no reason to hide and want to kill everything you’re being graded as a Brawler. The system works well for the off-shoot of Assassin’s Creed and is something that I would want in the main games at some point in the future, this allows for multiple ways to both replay the levels and add value to the game.

For the most part, systems work well together, it’s the dated mechanics from the main series that don’t. Too many times the instant-fail of the main series would be a reason for me failing a stage in India. You literally have no wiggle room to pass the hurdle put in front of you but try again, and again, and again. Luckily it doesn’t happen often enough to be a drag (at least to me it didn’t happen as much as it could have!) and we don’t want to mention the tailing missions that felt like more of a drag than needed to be. I find while controls and level design are impressive and intuitive, the game doesn’t allow for creative ways to interact with the world as a whole, I would have liked some creative freedom to be an Assassin.

Assassin’s Creed Chronicles: India is a brief visit into 19th century India and I wish we could see more of this land in a bigger picture at roughly six hours to complete there is so much left unexplored it feels like a shame leaving so soon. 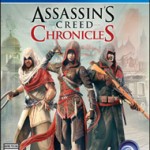