Review: Ary and the Secret of Seasons

Ary and the Secret of Seasons has all the makings of a game I could love. And I almost walked away loving what indie developer eXiin has delivered but charming graphics, likeable characters and decent gameplay don’t offset the technical issues that plagued my time with this title. And that’s a shame because when I first discovered this title, I was ecstatic to see something different than the regular AAA titles I play for review.

The world of Valdi is struggling and it’s a dire situation. Seasons are in disarray and things are not as they should be. Meet Ary (or Aryelle) the newest Guardian of the Winter and the one who will restore balance to the world through her ability to manipulate the seasons around her. With the world now in peril, Ary must gather the strength to save the world from the impending doom the world of Valdi has never seen.

Ary lives in the village of Yule with her father, the previous Guardian of Winter and her brother, Flynn. One day, Flynn disappears from the village, sending her father in a downward spiral into depression. In time, things become dire as catastrophic events begin to unfold around the world, and while the village of Yule is supposed to be experiencing winter, red crystals shift the climate in the village to a dry, hot summer. It’s the end of the world, and I feel fine. With Ary’s father down for the count, our protagonist must take it upon herself to restore the seasons and she embarks to restore order. 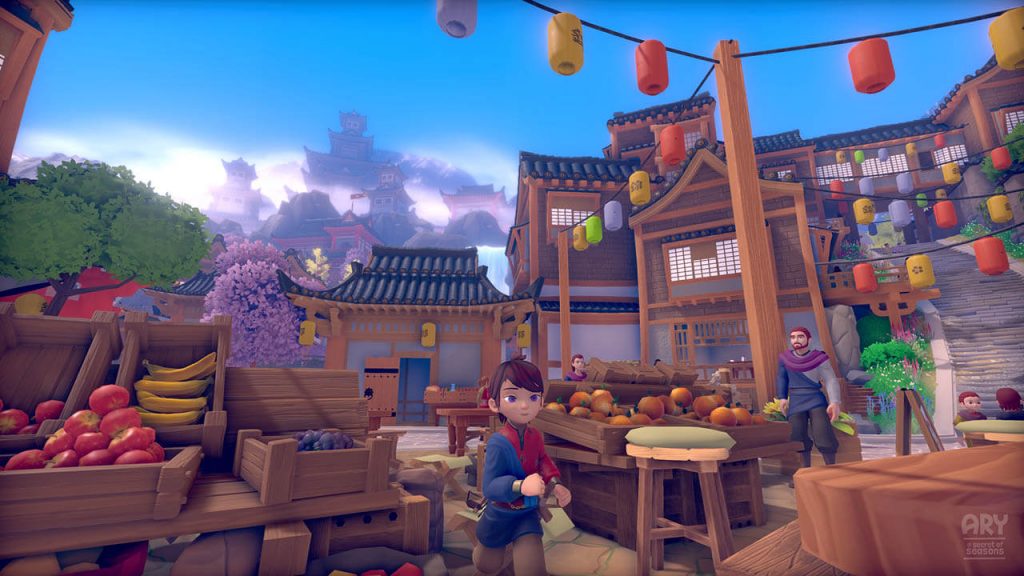 Ary and the Secret of Seasons is a game comparable to playing a Legend of Zelda title with an assortment of puzzles, exploration, combat and platforming. The world is teeming with things to discover, side quests and enemies to battle. Along the way, Ary unlocks new abilities to make traversal easier, health upgrades, and strength and discovering gold hidden throughout the oversized open-world can upgrade her skills.

Combat is simple and focuses on dodging and parrying enemies. Unfortunately, the battle system isn’t nearly as exciting as it could be and I found myself exploiting many enemies in battle. Instead of parrying, I’m able to get behind an enemy and swing at them and because parrying has no cooldown, it’s easy to break the system and barrage your sword swings at the anthropomorphic hyenas.

Summertime is always the best of what might be

Ary embarks on her journey to recover four crystals that govern the four seasons. To earn those crystals, you’ll have to solve several puzzles that use the seasonal changes in some neat ways. In one example, Ary’s Winter crystal may reveal frozen platforms, the Fall crystal sprouts climbable roots, the Summer crystal can melt any frozen obstacle and Spring can cause droughts? I’m not too sure about the last one, but each crystal is fun to use than trying to solve the puzzles presented to you. Speaking of presentation, many design decisions leave me scratching my head. For example, the UI is bare-bones and conveys very little information. I like a clean and concise main menu but here it lacks panache, and the result is a serviceable menu. A lot of what I enjoyed focused on the score. Music is always a crucial component to delivering a game worth remembering and I grew fond of the music in the roughly 10-hours I spent with Ary and the Secret of Seasons.

Ary and the Secret of Seasons failed to deliver on the potential the trailers featured. Oddly enough, playing this game is like watching Antz over A Bugs Life, the lesser of the two films. The quality of the game is offset by the technical issues I’ve witnessed while I played and the choppiness of cutscenes and graphical hitches detract from any form of submersion. I struggled to get through the game after experiencing so many technical issues. With some patches and a bit more work, Ary and the Secret of Seasons could be something good, however as it is now it is a hard pass.