Apex Legends has finally arrived on Nintendo Switch. It is the latest game to receive a cross-platform port after being available on consoles and PC since early 2019. Months and months of rumours led to Respawn and EA confirming that the popular battle royale title would arrive in early 2021, and it is finally here. How does the game compare to its brethren and should you play it? In a general sense, yes, you should play Apex Legends but on the hybrid console it has glaring issues, which I’ll get into, but if you can play it on another console, then that’s what I’d suggest.

At its core, this is the same game, only on the Switch, the concessions made to get things working though might have been more than the developers bargained for. This is a shame because Panic Room, who infamously ported Doom back in 2017, worked on porting Apex Legends but it sure feels like the studio has found trouble getting things to work well this time. You get the experience just as you would on any other console but the port is severely limited in performance and graphically, which is a huge bummer because, after months of waiting and being excited, this isn’t the way the game was intended to be played. 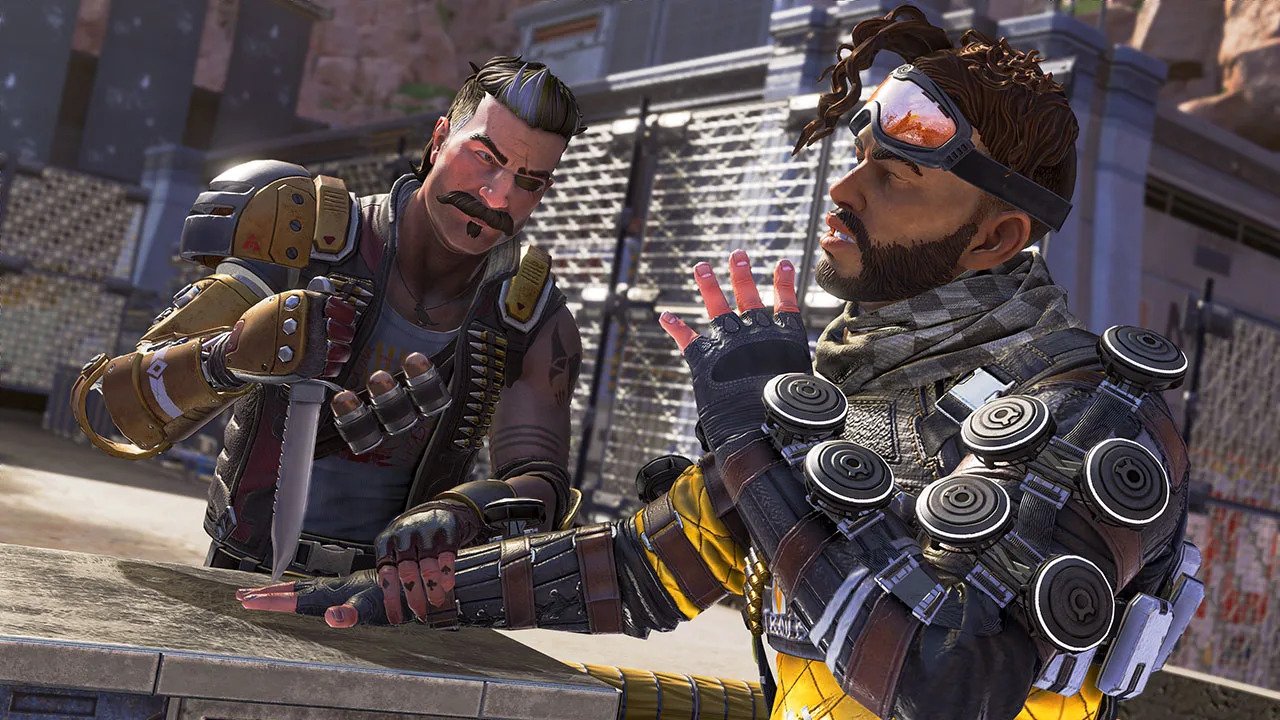 Apex Legends is on Switch but it’s stunted

On Nintendo Switch, you can download the game for free or pick up the Champion’s Edition, which includes all unlocked content up to season 7. This version includes Caustic, Mirage, Octane, Wattson, Crypto, Revenant, Loba, Rampart, and Horizon. You’ll also gain access to several skins and a gun charm and 1,000 Apex Coins to use in the game. Fuse, however, is not included so you’ll have to pick him out separately.

However, there’s one big asterisk on this deal – any progress you make is tied strictly to the Switch. Apex Legends has cross-play but lacks cross-progression. That means any and all skins, charms, or unlocks you have on another console will not appear. You’ll have to spend the time unlocking and earning the same things all over.

And while this version of Apex Legends includes all the content you’d find on consoles or PC, the biggest issues focus on how many compromises were made to offer the experience on the Switch. You can play as all the characters, the three maps are here, and the weapons, too. But considering the game is free on all platforms, was it worth dialling back the visuals?

Apex Legends is a frantic battle royale that might not the gunplay of Call of Duty: Warzone (it comes closes) but offers the best mobility of any game in the genre. You need to be able to not only shoot but maneuver yourself within the landscape and a big part of that is being able to see things around you in detail. The game when docked and played on your television is locked at 720p and 30 FPS and it’s a bit murky when trying to look out into the distance for any incoming combatants. Playing in handheld mode, Apex Legend’s resolution drops to 576p and makes things even more difficult. I’m not a snob when it comes to resolution and I’ll sacrifice some graphical fidelity to ensure the game runs smoothly but this isn’t a game where this is the case.

One thing I suggest you do is to turn off cross-play the minute you’re able to do it. Playing with people on PC is rough and they clearly have the advantage against someone who is trying to play the game from their Switch. Players on Switch are at a huge disadvantage when it comes to traditional keyboard and mouse players – playing a first-person shooter with the Joy-Cons is already a pain, doubling down and entering a battle royale? You’re better off matchmaking against people playing on Switch even if it takes longer to find matches from the start. I’d also suggest using the Switch Pro Controller or the PowerA Enhanced Wireless Controller because the Joy-Cons do not make playing this game any easier and are a deterrence.

Apex Legends on Switch isn’t the best version of the free-to-play battle royale. It’s a ton of fun but not when all the compromises relegate the game to such a lacklustre rendition of a better game elsewhere. Panic Button is king at porting games, so with time, I’m confident they’ll be able to firm up the issues that plague Apex Legends at launch. If you truly have no other option to play Respawn’s battle royale, then this port is serviceable but I highly recommend playing it elsewhere.