In games and in film, “the one” is a familiar concept and setup. We’ve seen it most notably in the Zelda and Matrix franchises. What Anuchard does with the idea is on one hand unique and interesting, while on the other feels like something you’ve likely experienced countless times in the last 15-20 years.

As the player, you’re one of just a few villagers in Orchard, a land that was separated and created when five guardians suddenly vanished. Anuchard used to thrive as a whole, working together and using the help of the guardians, but that hasn’t happened in generations. Well, until now. You quickly discover that you’re The Bellwielder (aka The One) and only you can successfully venture into dungeons to save villagers and piece together what was torn apart long ago.

It’s all very interesting, told with a ton of dialogue and a wide variety of characters who all have their own perspective on what’s happening. Anuchard does a great job of taking a voiceless protagonist and still making them interesting as the story is told through villagers like an over-protective mother, shopkeepers with quirky personalities, and even a trio of Bell Spirits that speak to you and have their own hilarious way of delivering dialogue. 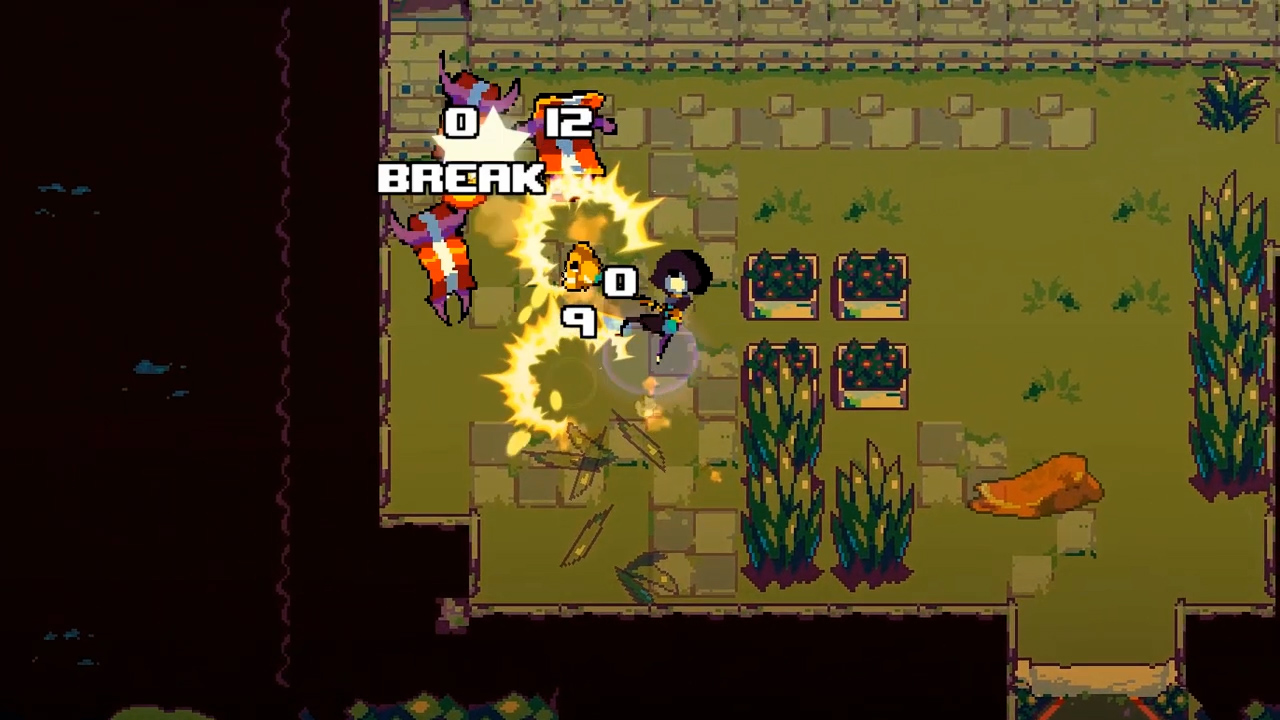 Anuchard the only real downside to all this setup, is that it is ALOT of setup. The game gets off to a pretty slow start, sifting through what felt like loads of exposition and dialogue that dragged on from time to time. It’s all well written, it’s all cleverly delivered and important to the story, I just felt like it needed to grab me a little sooner.

Once you are fighting through the dungeons on rescue missions and discovering the past, the fighting begins and you get a chance to swing the massive bell weapon. The combat is fairly simplistic in this action RPG, with a light and heavy attack that eventually can be upgraded for more interesting and effective combos. It’s mostly a simple system but the enemies in Anuchard improve on a battle system we’ve all seen before. 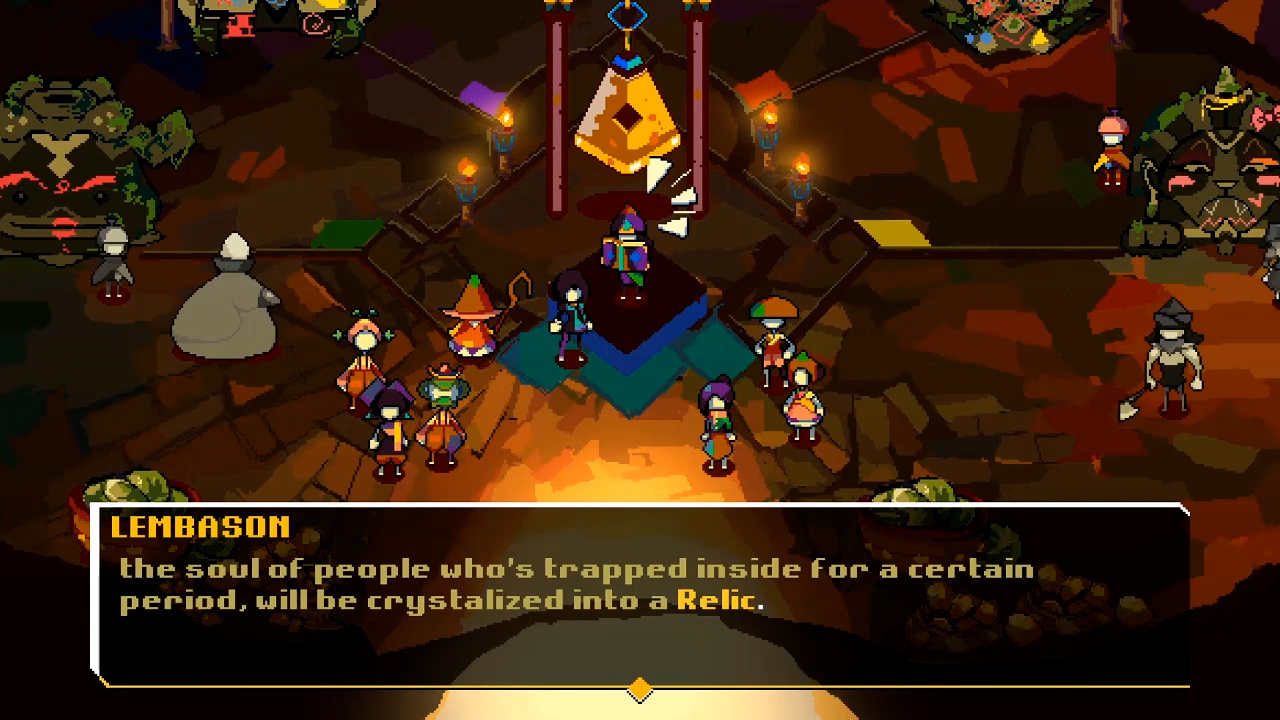 I found it the most fun when the little red blobs, giant turrets, and dog-like attackers had shields. These require a little more finesse and some key timing to bounce them off the wall and crack their shields before executing damage. Sadly, sometimes this became all too difficult since the heavy attack doesn’t always strike where it’s needed or at all, forcing the player to then retreat and try again. For better or for worse, the combat never feels all that difficult. Even at the beginning of Anuchard, you start with a fairly large health bar and resources you can use to heal yourself. 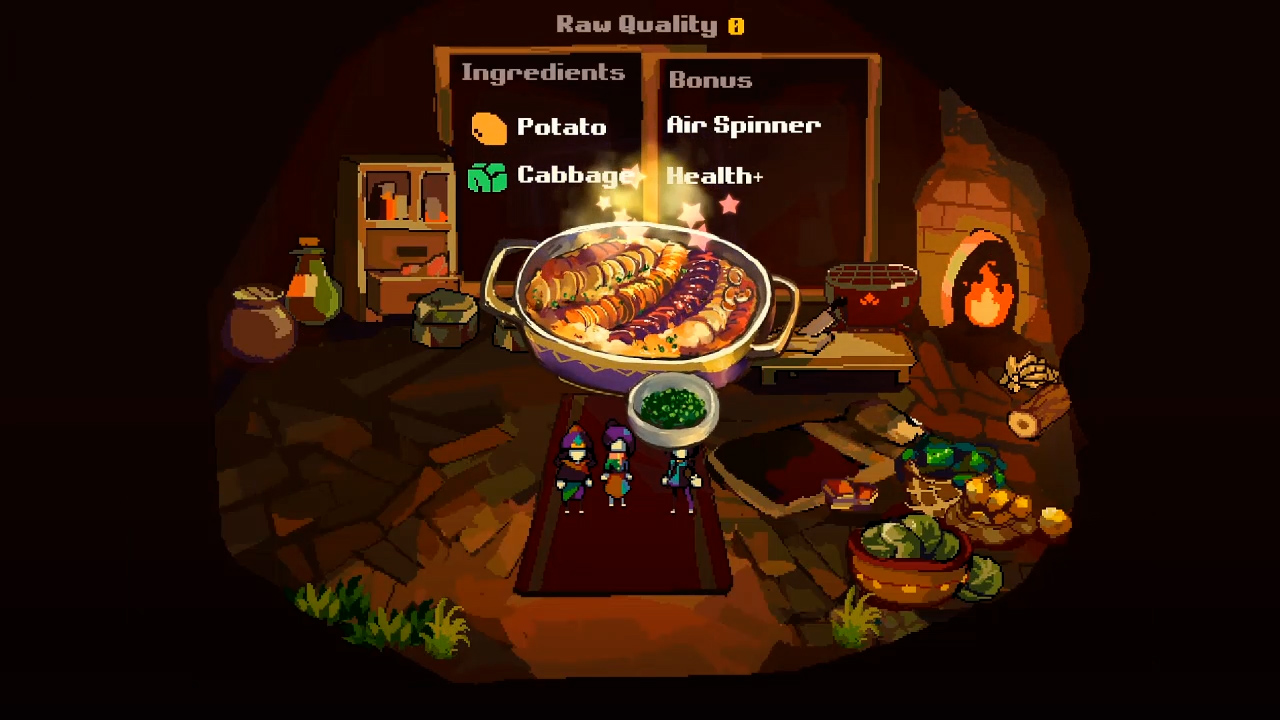 The story and the combat both get off to a slow start, but as the game progresses it all becomes even more interesting, specifically the dungeon adventures and the enemies you’re faced with. There’s also some light puzzle solving, but nothing that will cause you to wrack your brain too much, most of them take a few minutes to solve and then you’re on your way. 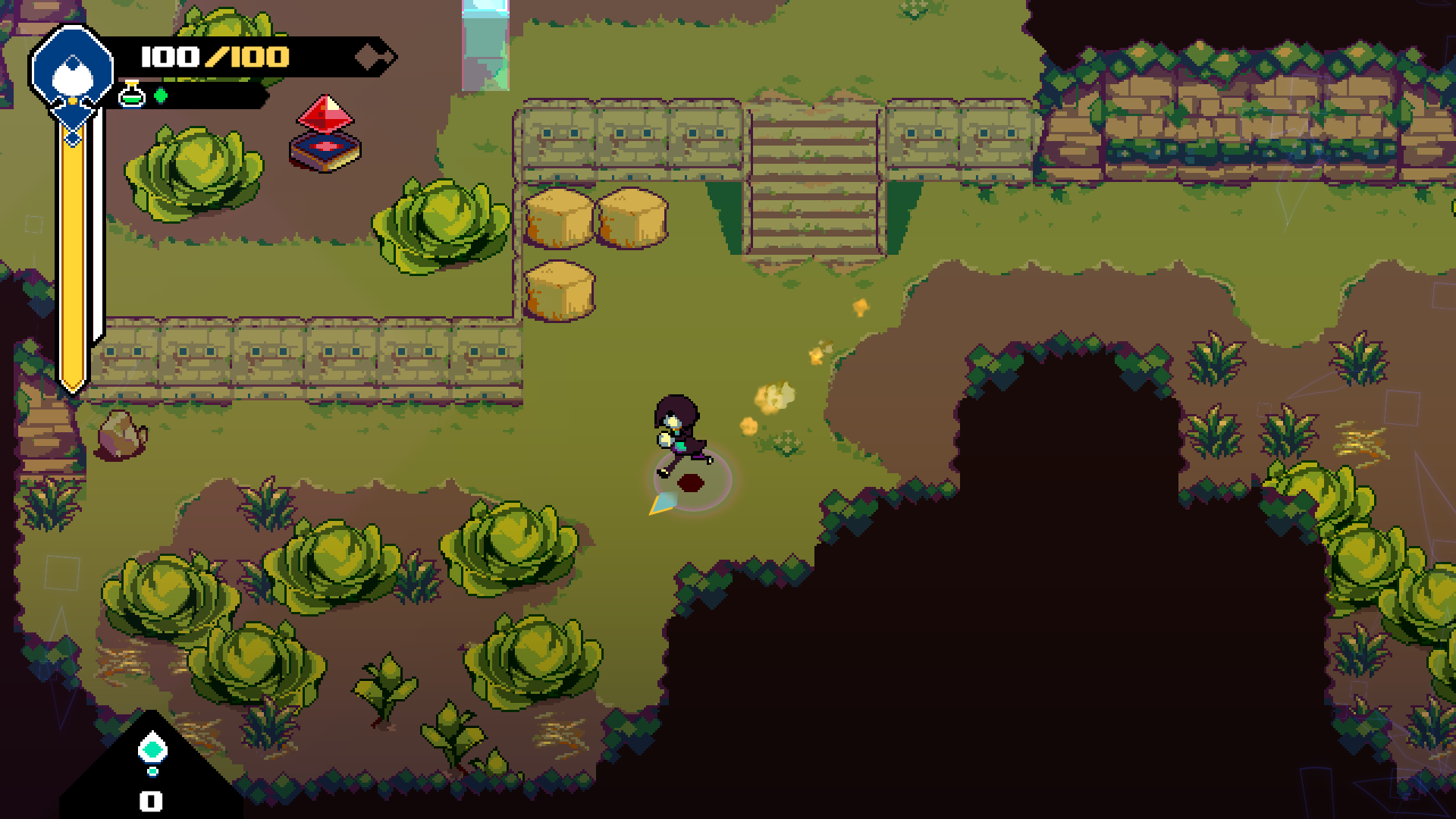 Anuchard has a great look and a great soundtrack. For the first couple of hours, I couldn’t quite pinpoint why I felt calm during tense fights, why it wasn’t only the gameplay that drew me into the next dungeon. Then it clicked; it was the music. Each area has a distinct look, but it was what I was hearing that drew me in each hour. 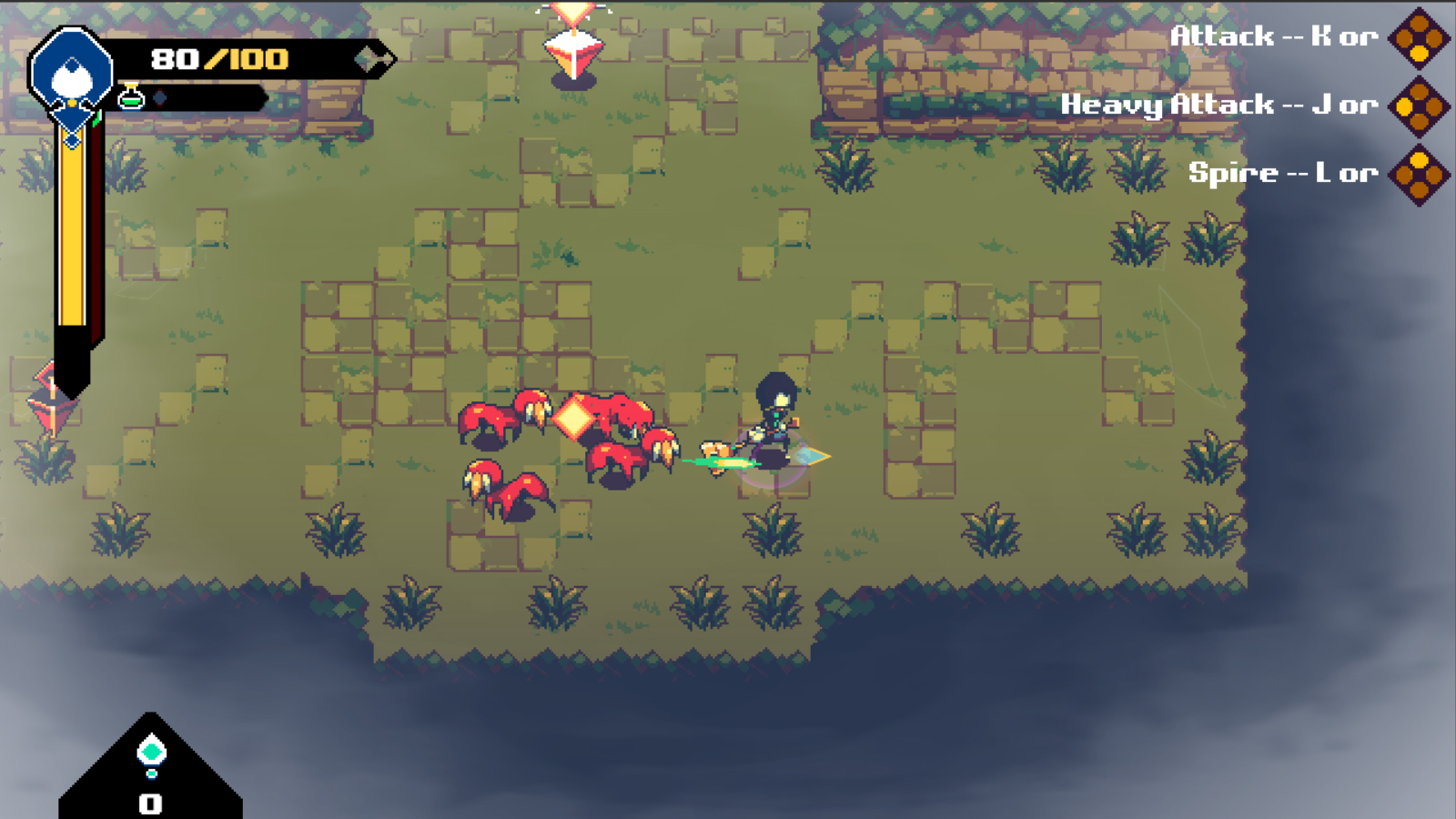 The character designs are very unique, the village and dungeons you visit are varied enough, but it was the tunes in my headphones that made me stop and think I was experiencing yet another indie gem. 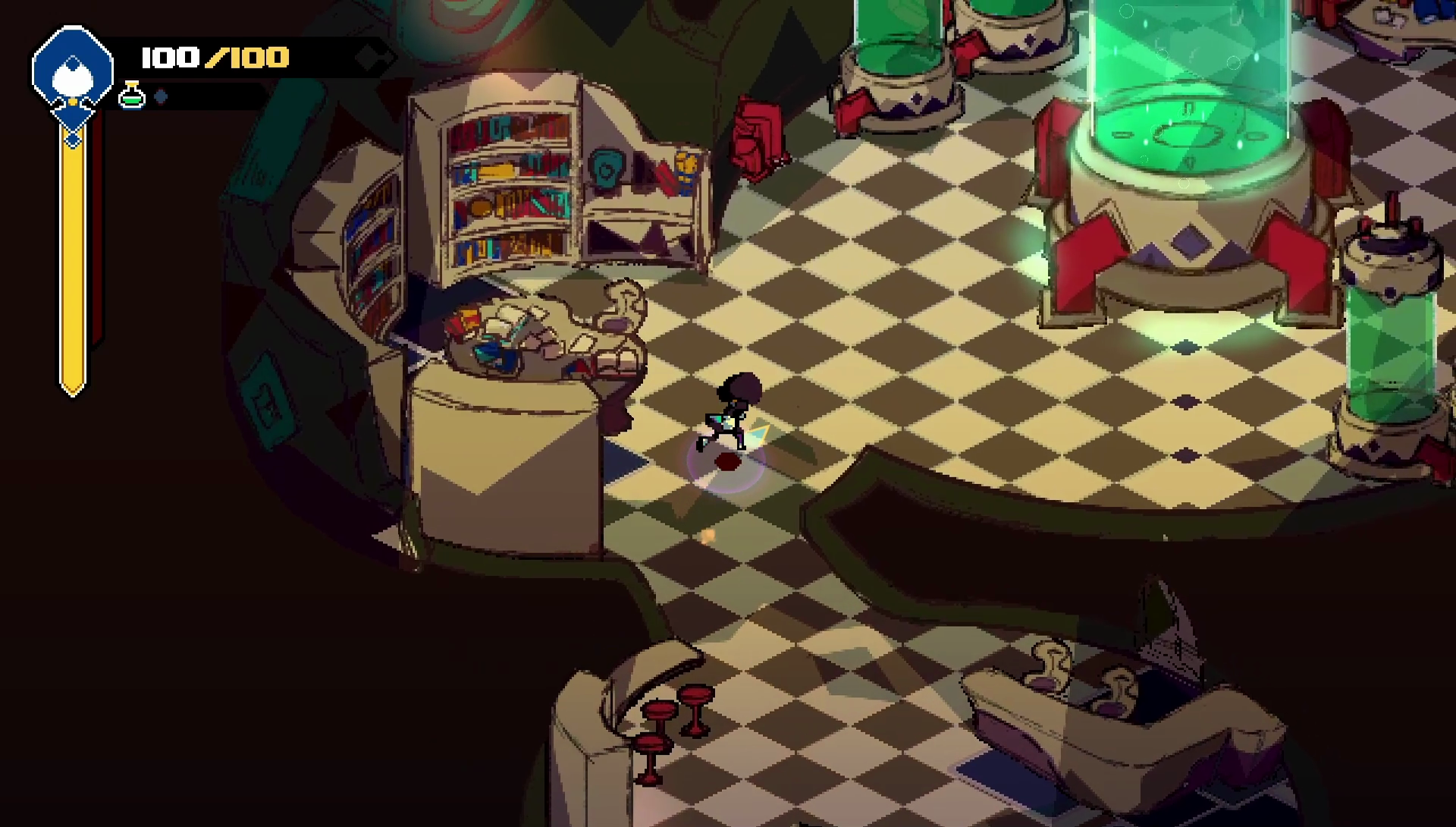 Despite getting off to a slow start, Anuchard still had me interested. I cared about the villagers, I cared about making things whole again, and I wanted to see and hear what the next dungeon had to offer. Don’t go into the game expecting to have The Bellwielder blow you away at every turn, but it’s safe to say that Anuchard still has lots to offer especially for gamers who need a simpler approach to combat with a cast of characters filled with quirky and fun personalities.

Recommended
Fun, easy to master batles
Great music
Entertaining writing
Lots of talking, not enough action
Gets off to a slow start
Related