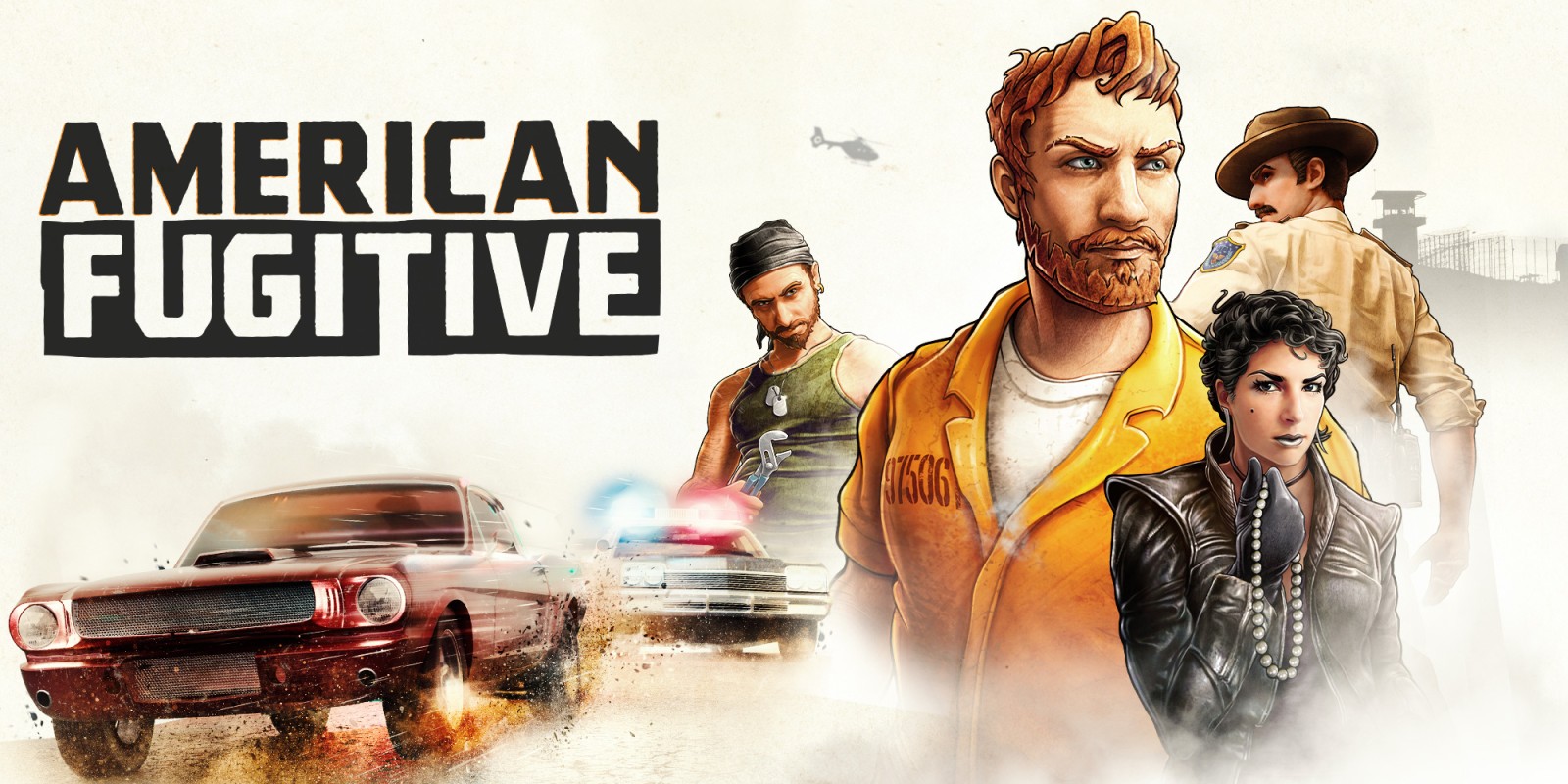 My initial reaction to American Fugitive included much excitement due to the similar style of the legendary Grand Theft Auto top-down iterations. Fallen Tree Games stated that they were inspired from these classic titles and wanted to create their own story to tell within a 3D top-down world to explore. While the visual style reminds us of GTA, we will see if the game mechanics will provide a memorable experience as players fight for their freedom in American Fugitive.

The story revolves around Will Riley, who has recently been wrongly imprisoned as he stumbles into the murder scene of his father at the incorrect time and gets framed for the deed. The continual thought of clearing his name and unleashing his own vengeance upon the true killer sparks an inner quest resulting in the successful departure from confinement to the freedom of Redrock County. Here you must play the part of a local and blend with the community while completing various missions to uncover information about the true killer. Your freedom will be met with various characters who will set you on a path of completing missions to uncover one piece of the puzzle at a time. The option to explore the open world freely and cause chaos will distract players to the linear progression of missions, which is highlighted on the map with a single letter, another similarity to GTA. There is a repetitiveness in missions as the majority revolve around acquiring vehicles and other items, but unlocking the next areas provide some welcoming additions to the overall story. You can travel on foot, but the most enjoyment takes place when getting behind the wheel. The driving mechanics are great and every vehicle feels different as you move towards your objective, or fleeing from the authorities.

I really enjoyed the simplistic approach to exploring buildings that you can enter. You are presented with a top-down floor plan that lets you go room-to-room searching for items that can be utilized on your adventure. The only complaint with this mechanic is each entry coincides with a timer that advises when the authorities will arrive. Certain remote buildings with no individuals in sight will still result in the police showing up when the timer strikes zero. You can also peak through windows to see if anyone is inside before making your grand entrance to rob them of their treasured items. You are able to restrain your victims, or you can lure them out and knock them out before proceeding. There are several options available on how to approach the robbing of houses. Players will come across time trial side quests and ramps across the map, which will grant them additional cash and experience points depending on how successful you are at completing them. Completing these is an easy way to unlock additional skill points such as increasing your inventory capacity, reducing vehicle damage, and making it more difficult for the authorities to see you.

You will be evading the police throughout American Fugitive as it follows the similar star rating system with GTA. Engaging in criminal activity will lead to the police being brought to the scene and even bumping into random cars while driving will have citizens calling the authorities for your reckless behaviour. It is best to take extra care while driving if you want to avoid them until engaging in the specifics of a mission.

Being a fugitive means that everyone is out searching for your location, so you must ensure to quickly acquire new clothing to create a new identity and avoid detection. In American Fugitive, players who are being chased by the police can simply get a new outfit and they will walk by without taking a second look. This is unfortunate as it makes police evasion too easy while completing missions, or wreaking havoc within Redrock County. The AI within American Fugitive leaves us disappointed as behaviours are inconsistent when dealing with the police and other rabble throughout missions. As mentioned above, it is easy to evade being pursued by a quick change of clothes, or by simply travelling a short distance away and the pursuit will be called off. Police definitely need a more aggressive stance, especially since they are already aware of a missing fugitive within their county.

American Fugitive pays homage to the original top-down Grand Theft Auto iterations, which definitely draws our attention to the experience that is offered. The driving mechanics are well designed and robbing houses throughout your journey makes for some memorable moments. However, repetitive missions and forgettable AI leaves us wanting more. American Fugitive is worth a look to fans of the original GTA series who enjoy causing chaos when they are not completing missions.