The original Alex Kidd in Miracle World was before my time and while I remember my older cousin gushing over it as a child, I don’t have the same fondness for it. I loved the Sega Master System but it was one title I never owned, so to say I have any memories of it wouldn’t be true. I do understand the legacy the game has garnered but my attachment is minimal. Nostalgia is a powerful emotion and one all of us experience from time to time, especially when it is something from our childhood. Do remakes/remasters ever live up to the nostalgia we surround ourselves with? In this case, no, I may have played the original years after it launched but it certainly should’ve been left in the past.

Alex Kidd entered at a time when the world was enamoured by Super Mario Bros. and I remember how Sega tried to make Alex Kidd not only their mascot but the answer to Nintendo’s budding franchise at the time. Seeing Merge Games take on Alex Kidd in Miracle World is commendable but it’s also a game I’m not sure we needed to see again. Don’t get me wrong, I love the visuals of the remake and think it is a sight to behold thanks to being such a colourful game, but other than that, we’ve seen this all before.

Before Sonic the Hedgehog was Alex Kidd, a mascot who has firmly been left in the past and only recently resurfaced. Alex Kidd in Miracle World DX is a full remake of the original built from the ground up with new visuals. Remakes like this one do something neat in allowing you to compare the original’s graphics at the press of a button. By tapping ZR on Switch, you’re free to shift between the original aesthetic or the updated graphics and see how far we’ve come. It’s a nice little touch that I appreciate the developers adding and feels like a wonderful nod to long-time fans.

The colours are vibrant and gorgeous, the world of Radaxian is as good as it will ever look. Fans of the original can easily tell where they are and what they are looking for since this remake is a beautiful recreation of the original Alex Kidd in Miracle World. Sure, some may not enjoy the vibrancy but I can’t stress enough how much better the game is by adopting this style.

While the updated visuals are appreciated, the gameplay itself feels firmly stuck in the past. This is a platformer that feels about 30 years out of touch with what we expect today. Controlling Alex Kidd is a lesson in patience and precision. Timing your jumps across platforms and obstacles is an exercise in mental anguish. The gameplay is antiquated and flat and paired with terrible enemy placement. 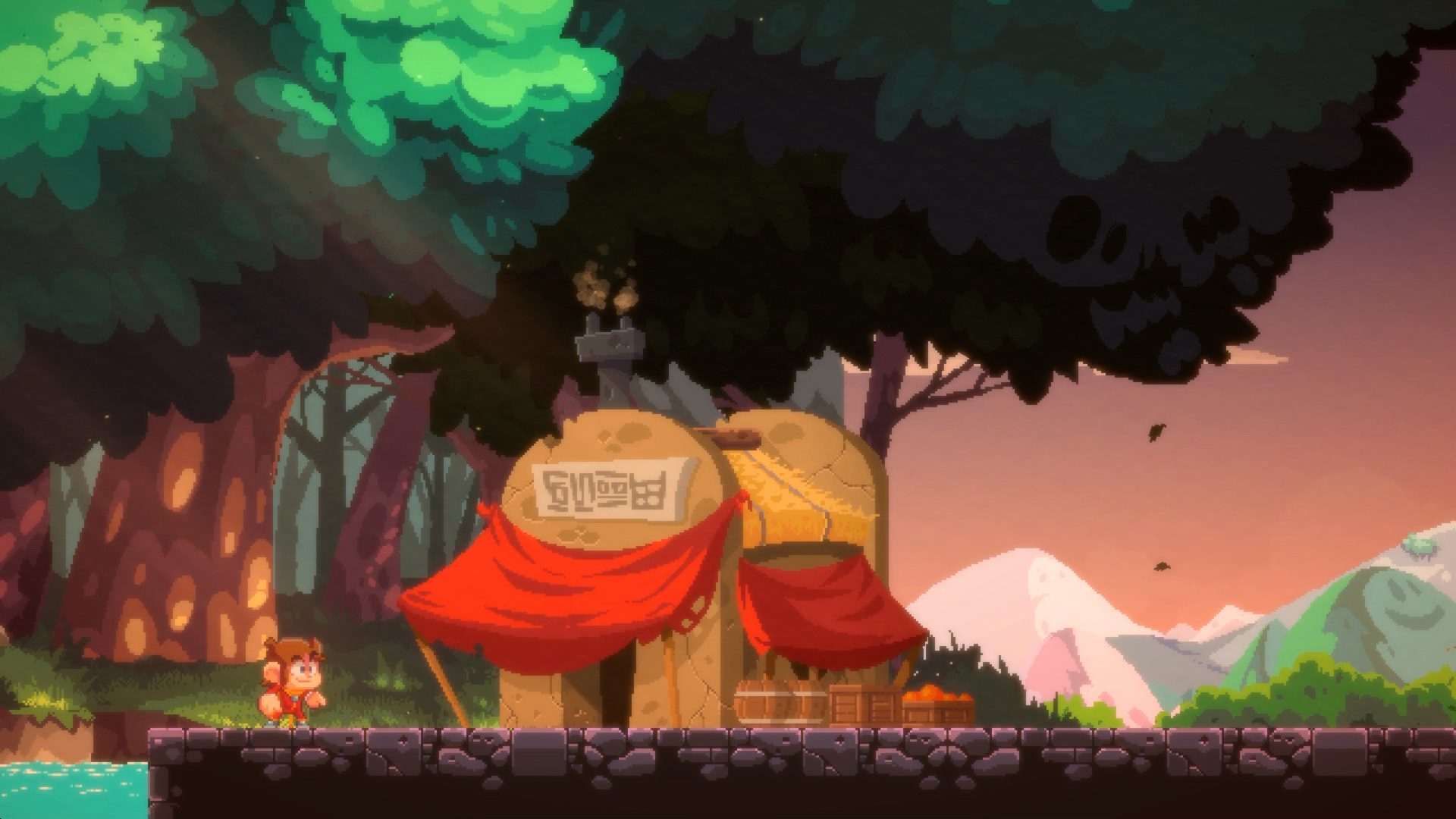 Levels aren’t long but they are difficult and trying to maneuver through enemies, obstacles, and well-timed jumps. The one saving grace is that the developers smartly allow you to restart while punching your way through levels. If Alex hits any obstacle or mistakenly touches an enemy’s larger-than-life hitbox, he will die. The big change instead of restarting the level when you die, you respawn close to where you originally died. 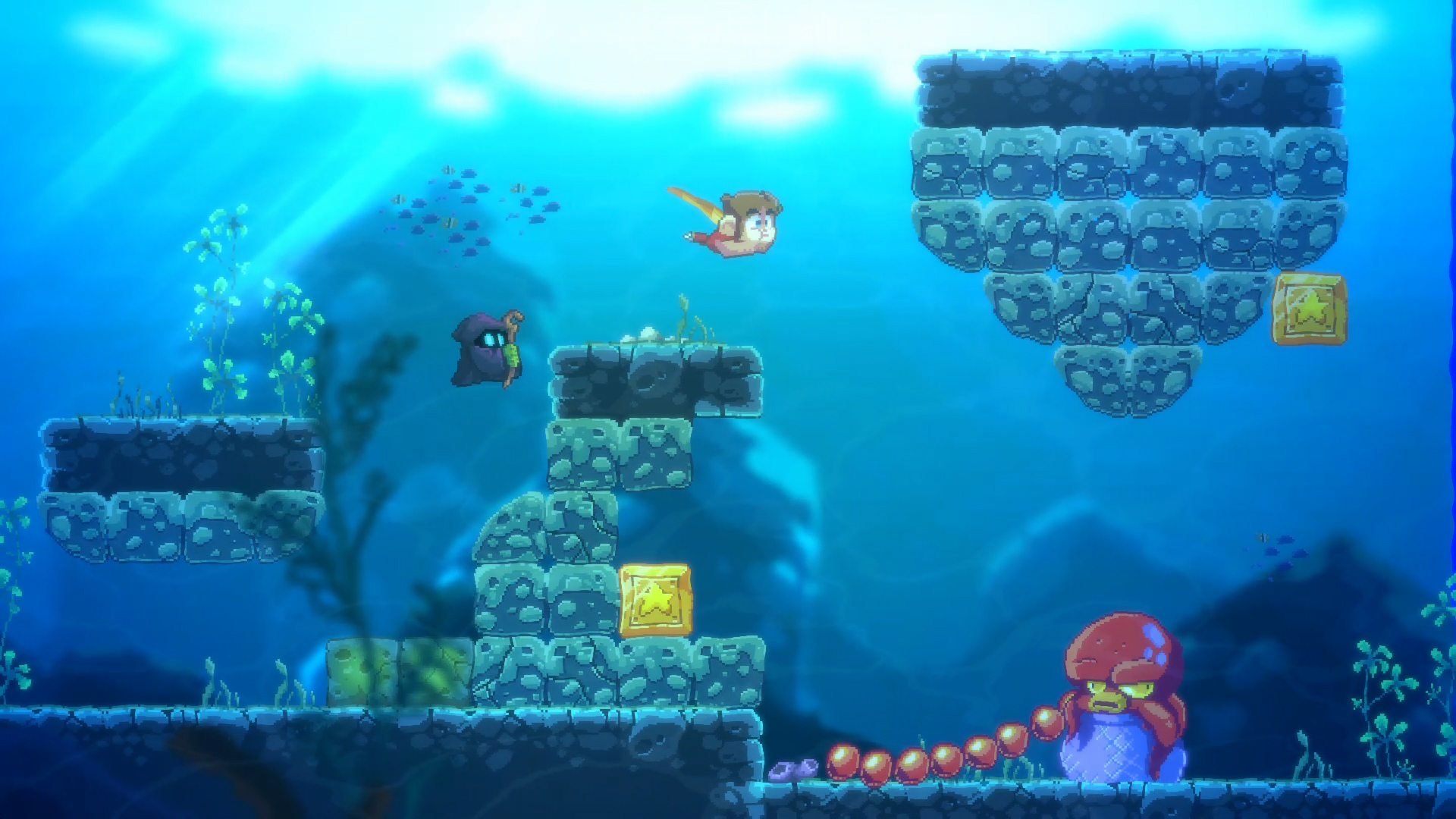 To flesh out the experience, the developer expanded some levels and for the most part they are okay, you’re getting more of the same, and whether that’s good or bad is up to how you’re feeling. While I wasn’t too impressed, I mostly wanted to press on and get to the end, having died more than a handful of times, I was ready to move on.

And if that’s not enough, the developer included an infinite live mode that may alleviate some of the stress caused by the constant deaths.

Keeping with tradition is the decision to retain the rock-paper-scissors mechanics of boss battles. Half the bosses in Alex Kidd in Miracle World DX are basically a game of chance. If you lose, you head back to the start of the level and the decision feels archaic. Thankfully, the further you get into the game, the less these encounters appear, leading to more conventional boss battles. 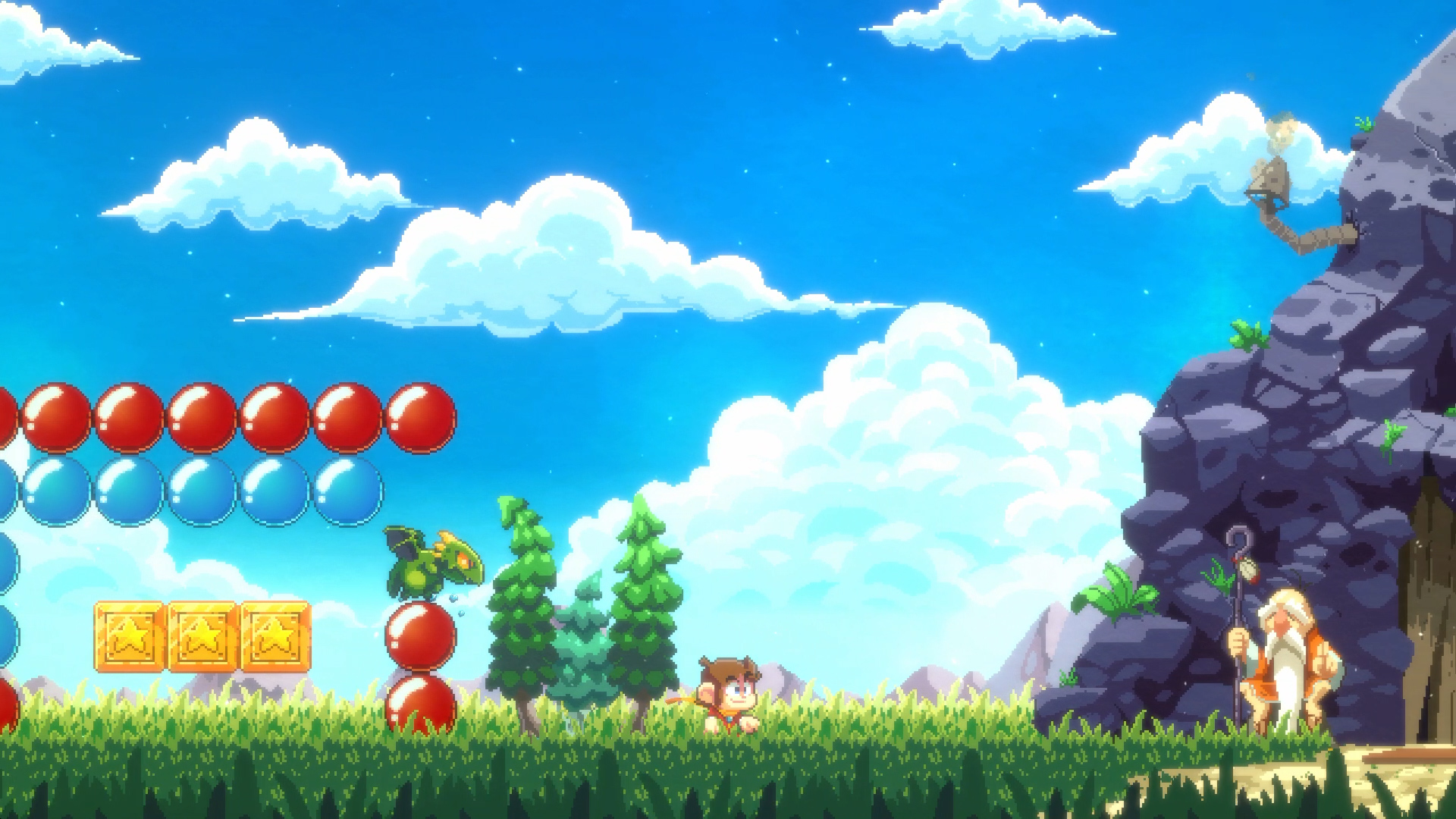 Once you finish the game once, Classic Mode unlocks, but it isn’t the original version from the Master System and feels like an afterthought, a Boss Rush mode but that’s about there is available. 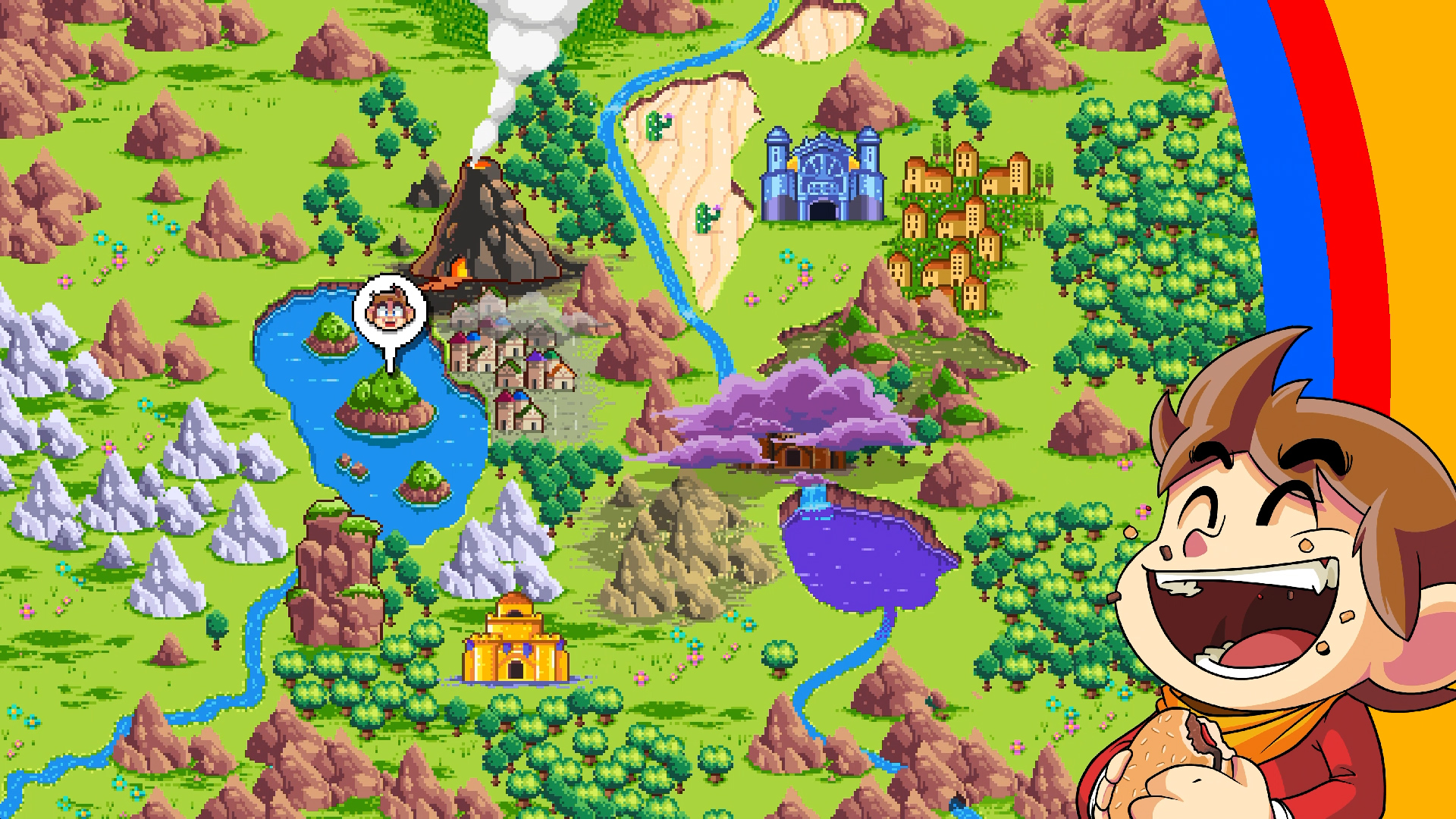 Alex Kidd in Miracle World DX won’t be for everyone but it is something fans of the original will cherish. As a remake, it does a good job updating the visuals and some of the mechanics but Alex Kidd in Miracle World DX carries the same issues as the original did three decades ago. Hitboxes are largely unchanged, jumps feel unfair, and some of the gameplay designs are dated by today’s standard.