Have you ever been looking forward to playing a game, having very high expectations, being confident that the game will be great and give you a great time and that in the end, it was even better than you could have imagined?

Well, we have to admit that A Plague Tale: Requiem is one of those games.

The first thing I want to say is that if you haven’t played A Plague Tale: Innocence yet, it’s definitely time you do so! In all honesty, I highly recommend it.
Anyway, it’s almost a prerequisite to playing this new title since once again, you embody the characters of Amicia and Hugo. 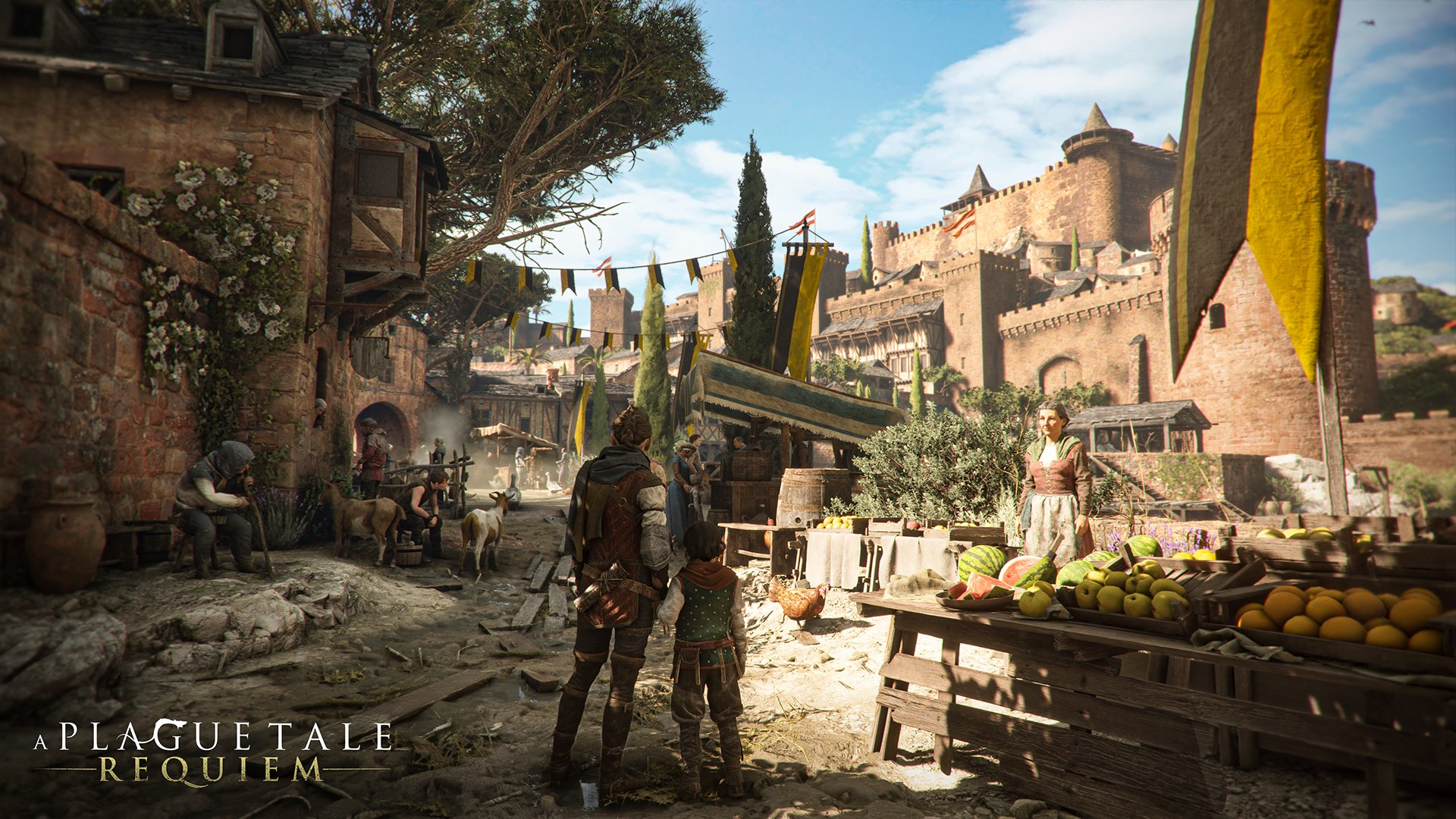 Like its predecessor, Requiem is a third-person exploration and stealth game that now expands with a significant action element. This one is very punctual but I really liked being able to defend myself and even bet on a more offensive strategy at times. Even so, design-wise it’s a very similar title to the first installment, so if you’ve played it you can get a pretty good idea of what to expect.

We’re going to have more options for just about everything. On one hand, playable possibilities are opened up with alchemy and new tools that give us new ways to fight enemies and, of course, rats. While the confrontations against human rivals are more oriented towards strategy, the equivalent against rats translates into small puzzles where we will have to use everything we have learned so far to make our way among the endless hordes of creatures. The love of a Sibling

Perhaps the most revolutionary element is the ability to control groups of rats with Hugo’s abilities. Although this is very interesting, we can not end up enjoying it too much, since, logically, it is necessary that there are rats around to be able to control them, and this is not the case in all the confrontations.

If you’ve ever played Innocence, you probably already know that one of the biggest positives of this game was its characters, and I’m not just talking about Amicia and Hugo because they all had very strong personalities.

Well, in this sequel, Asobo Studio wasn’t afraid to make the most of Amicia and Hugo’s personalities as well as the ones from the old and new characters. You’ll probably recall that Amicia might have had a bit of a duller personality in the first game because she mostly just cared that her brother was okay and nothing else. 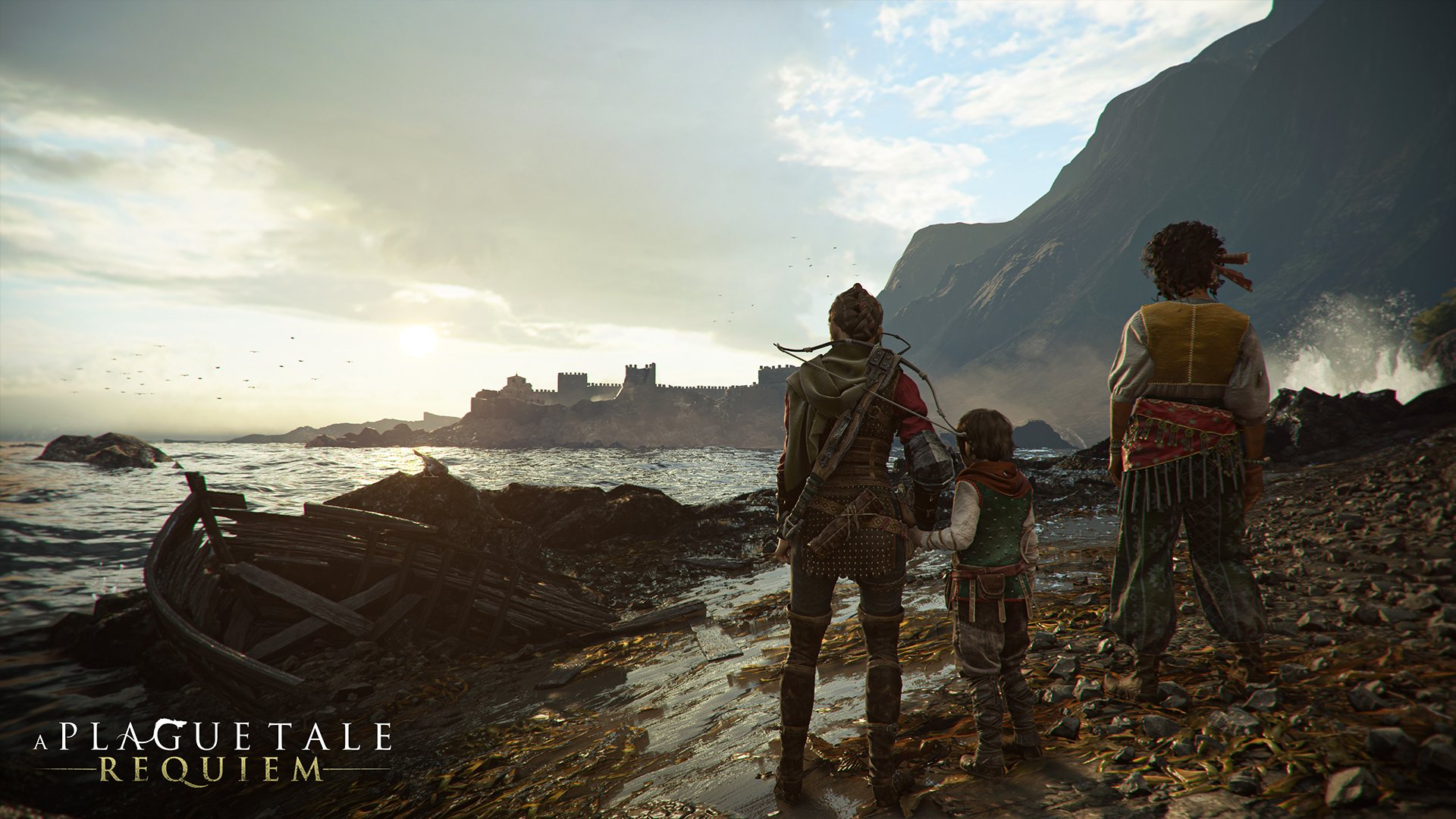 Here, on the other hand, we learn a little more about his personality and his great charisma is brought to light while the brotherly relationship becomes much more endearing and serene.

All this is brought through much more elaborate and open scenarios, where we have more possibilities in the face of a confrontation, as well as taking certain risks to find secrets or resources. We can even choose between sacrificing knives, which can save our lives, to access important resources. 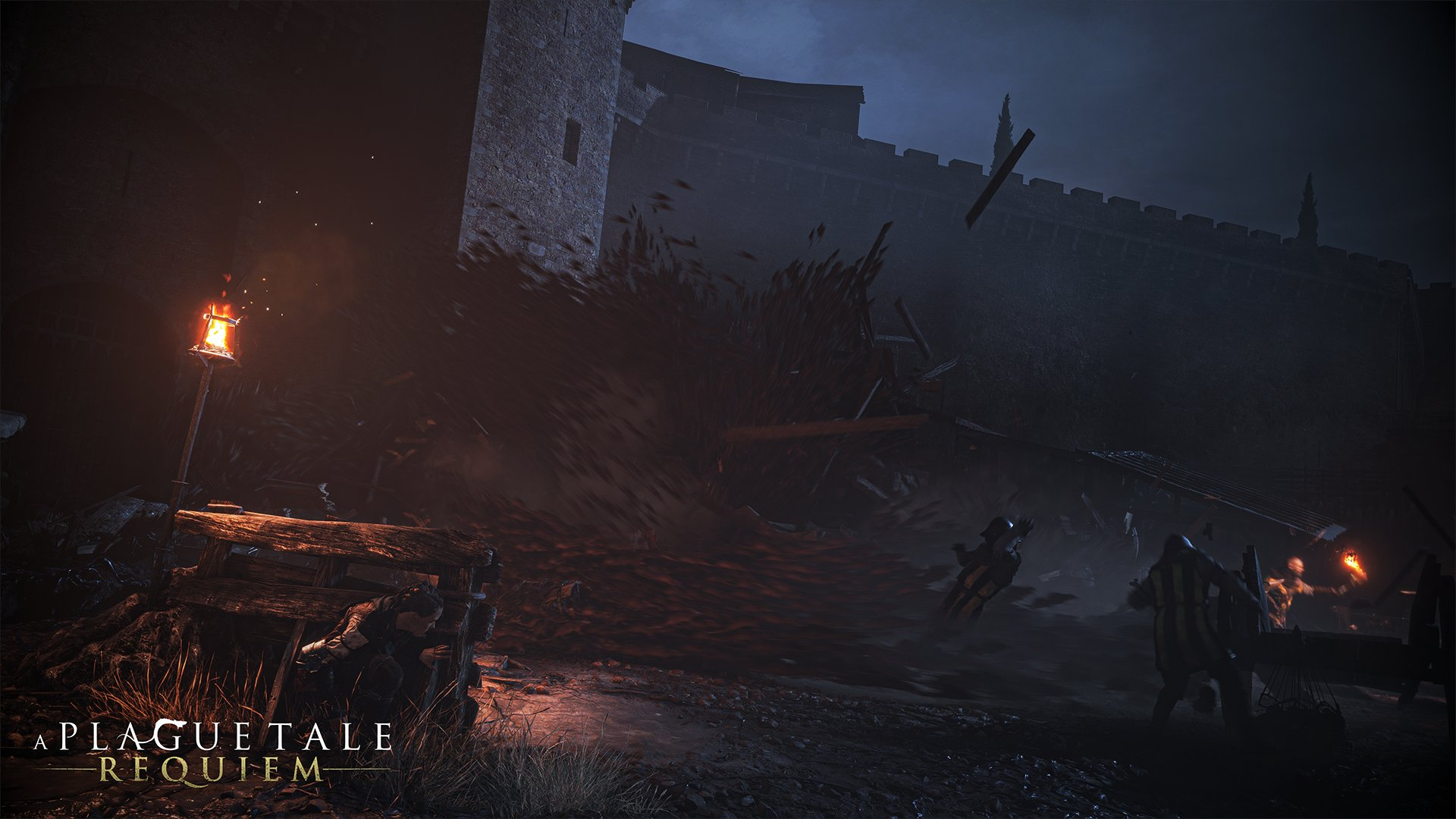 In addition, we can give orders to our companions in certain situations. They vary depending on the partner, and if some are anecdotal, others completely change the way we can play, being able, for example, to send him to kill a rival, with the advantages of eliminating an enemy from the path and the disadvantages of alerting others with the sound of fighting with swords.

For whomever that never played any of both games, you must know that A Plague Tale: Requiem is not like all these new games that sell open worlds with lots of repetitive sidequests or anything else similar. It’s not even a sandbox game either, rather it is linear, which allows everything to be measured perfectly. All the cutscenes are just long enough, it offers us spectacular action moments, very neat narrative moments, and, above all, respect for the player’s time. It’s an experience with a fantastic rhythm in which, in its mechanics, it always manages to offer us different situations and we never do the same thing twice in a row. No way will you feel that there are fillers, empty places, or repeatable missions. Everything you will do, you will do once and it is something to be grateful for. 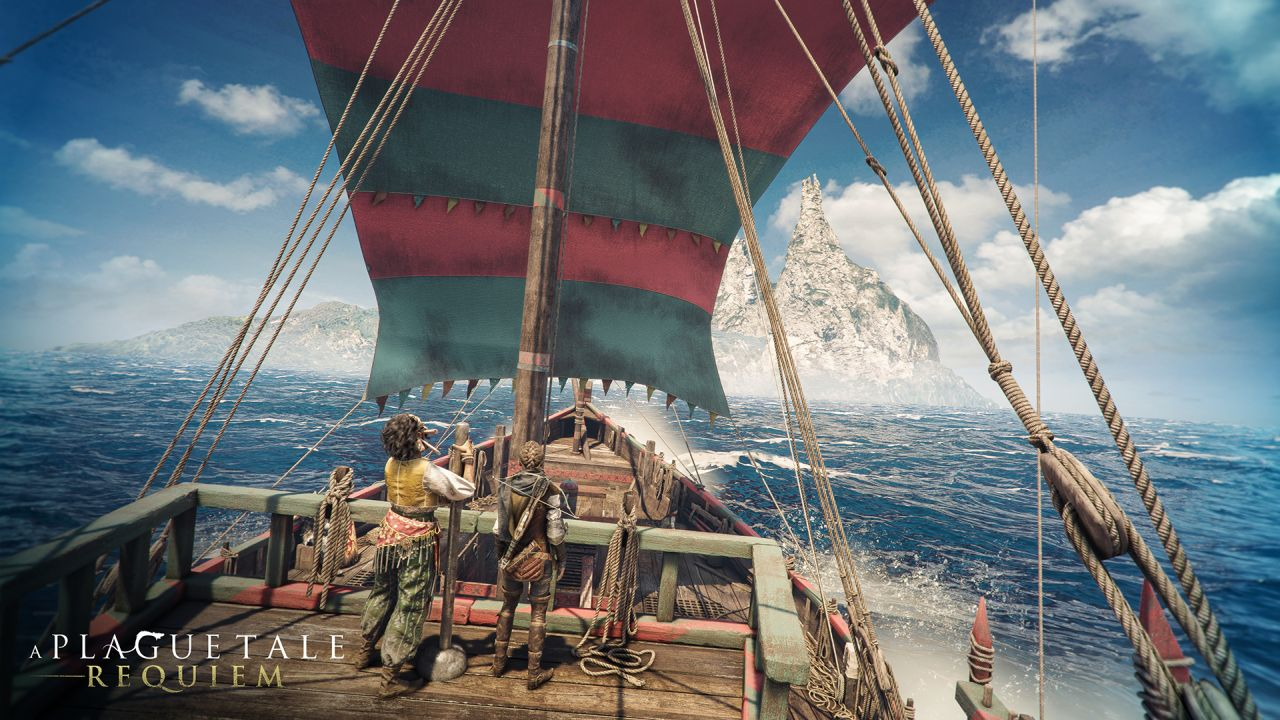 The visuals are astounding and, actually, it’s one of the best-looking games we’ve seen so far. Merge these graphics with storylines that are full of detail, dense, highly developed, a gorgeous soundtrack, and memorable characters: this is the A Plague Tale experience you will get. It is definitely a surprising game if you take into account the fact that Asobo Studio is not an AAA studio and we can surely applaud them for the fantastic work done, proving that this current generation of games deserves to be beautiful.

Finally, I spoke a lot about the gameplay and the graphics but not enough about its soundtrack. The game is dubbed in many languages with a very good translation, and Olivier Derivière brought back his compositions to us with a fantastic soundtrack that amazingly accompanies us during our adventure. A Plague Tale: Requiem doubles down on what made Innocence a brilliant title. By upping the stakes and continuing the focus on the siblings’ situation, the gameplay mechanics flesh out their plight in a unique way. As a sequel,  I firmly believe it does everything a sequel needs to do in order to grow the series.

Recommended
A Plague Tale: Requiem is a sequel that managed to top A Plague Tale: Innocence in every aspect.
Liked
Great story, visually incredible with a stunning soundtrack
Remarkable evolution compared to its predecessor
Great psychological evolution of our protagonists
Great intrigue which blends smoothly between suspense and emotions
Didn't Like
It took a while before the gameplay opened up
Related