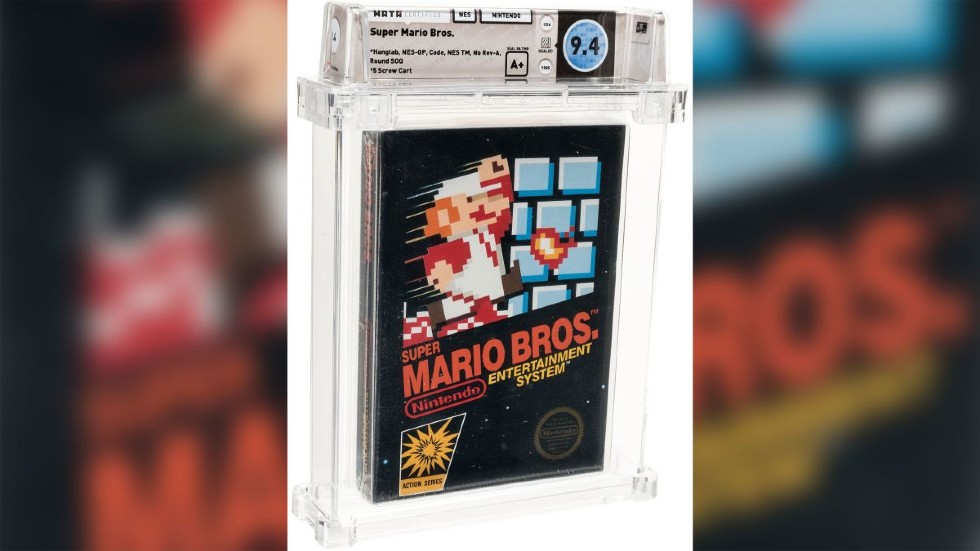 We’ve previously reported on both the auction sale of a rare, sealed copy of The Legend of Zelda broke auction sale records, followed by a sealed copy Super Mario 64 being sold for $1.56 million – which went on to the highest-priced fetched for a video game. The news spread like wildfire across the internet.

Except the sale was essentially a rouse to artificially inflate the market and create a bubble. Seth Abramson, a lawyer, author, and journalist over at Proof broke down what’s happening between Wata Games and Heritage Auctions. Abramson compiled and released sales data for graded copies of NES titles that have been sold publicly since January 2019, across major auction platforms including eBay, Heritage Auctions, Amazon, Comic Link, Evolve Comics and Collectibles, and Mercari.

(THREAD) In 2022, Americans will hear a *lot* about Wata Games, video game "grading" generally, and the speculative bubble surrounding video games as an "alternative asset class." I suspect many major media outlets will be doing investigative reporting on this.

The purpose of collecting this valuable data is to understand the worth of classic video games with the NES library and so collectors can see the true value behind their collection. Thanks to the hard work of Abramson, we know that Wata Games won’t reveal how many copies of any one particular title they have graded. All this leads into the market now being overvalued and you get articles like the Super Mario 64 cartridge we posted.

Furthering the claims, journalist Karl Jobst alleges in a 52-minute video are complicit and working together to build an artificial market bubble that is inflating prices of retro games, effectively ballooning the value of these products.

A lot of games were rated by Wata Games, the company uses a numerical grade based on the game’s quality. Wata is the second video game grader, with the Video Game Authority (VGA) being established in 2008. In 2018, Wata Games hit the market running.

Not long after becoming established, Heritage Auctions began to list video games auctions but conspicuously only games graded by Wata. Linked in the video below, Jobst mentions that Wata and Heritage had a relationship previously to the listing going online.

In 2018, Wata Games had a specific section on its website focusing on the dealers. This Dealer Spotlight was for Wata-certified titles which would magically be available to purchase at JustPressPlay.

The link was Heritage Auctions’ Jim Halperin also being listed as an advisor on the Wata site.

This particular copy was purchased by three people: Heritage Auctions’ own co-founder Jim Halperin, Just Press Play founder Zac Gieg and game collector Rich Lecce. Not long after this item was purchased, Heritage Auctions put out a press release celebrating that the game had sold for so much, with Halperin saying, the market “showed no signs of slowing down,” but in reality, it was an artificial market bubble.

Jobst’s video paints a picture of the lengths these men go to build this bubble. It’s establishing an overvalued market where only investors can benefit. “So what you have here is the chairman of the auction house buying a game for a record price, and then creating a press release about his own purchase, in which himself and the president of the grading company are stating that the value of games is going up.

“He then advertises that his own game will be going up for auction in the future through his own auction house.”

I’ve seen this episode of Pawn Stars shown in Jobst’s video. In the video, Wata president and CEO Deniz Kahn is called into the shop to look at a copy of Super Mario Bros., which features, of course, the Wata Games grading for the game.

While it appears to be a harmless interaction, it was manufactured collusion to get Kahn onto the show, with Jobst saying ” the appearance was a “very large, very effective campaign to establish Wata as the authority on video games, despite having only been created.”

https://youtu.be/9KS9kRUCEVA
No regular game collector can purchase games for these exorbitant prices as it’s normally investors looking to make money above all else.
A former employee of Wata Games revealed how these investors make money. In most cases, they will take a graded copy of a video game and put it out for $5000. They will then buy the game for $13,000 and then lock it away for a few years before taking the same copy and listing it for $35,000. The investor would once again lock the game for a few years and repeat the process while inflating the overall selling price.