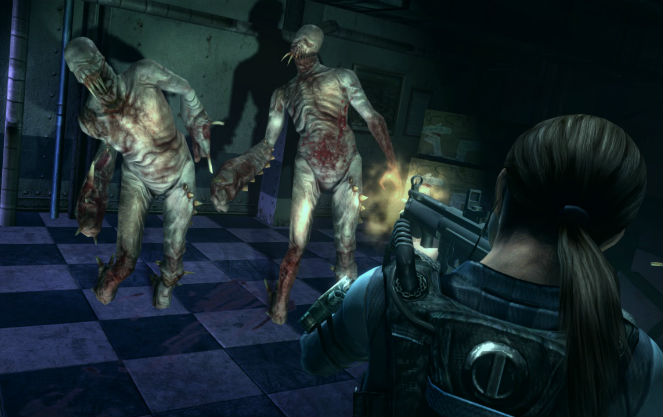 The popular horror-survival game as dropped on Xbox One and PlayStation 4 today for $19.99.  Known for its narrative twists and turns, the story unravels like a television show, told in an episodic format as more of the mysterious plot is revealed from the perspective of several different playable characters. This entry stars series’ veterans Jill Valentine and Chris Redfield as they investigate the reportedly abandoned “Queen Zenobia” cruise ship.

For series newcomers, Resident Evil Revelations game director, Kōshi Nakanishi, also directed this year’s acclaimed Resident Evil 7 biohazard game, making this a great way to be further immersed into the world of survival horror! This release marks the best-looking version of the game to date with HD visuals and an improved framerate. All previously released downloadable content is also included in the game as unlockable rewards.

The highly replayable online co-op Raid Mode returns in this release with a newly remixed, challenging stage called The Ghost Ship: Chaos, offering a fresh take on the popular map with more powerful weapons and ways for players to upgrade their arsenal.